'Radha Krishna' and 'Remix' actor, Sourabh Raaj Jain got married to Ridhima Jain in November 2010. Now, they will be coming on 'Nach Baliye' and he gets emotional prior to that.

Getting married to your soulmate, taking those sacred saat pheras around the holy fire, entering the world of love together and starting a new life is what marriage is all about. Hold on! While marriage is the moment where two bodies become one soul, it is also the start of a promise to be together with each other during all the highs and lows of the upcoming life. Experiencing each and every phase in life with optimism and living it to the fullest is what a happy marital bond looks like. And famous television actor, Sourabh Raaj Jain and his beautiful wife, Ridhima Jain have been living up to this all throughout their marital journey.

For the ones who don’t know, Sourabh Raaj Jain and Ridhima Jain’s love blossomed when they had met at a dance institute and started seeing each other no sooner in 2007. Three years down the lane, after being in a healthy relationship, the lovebirds took the wedding vows on November 28, 2010. And ever since they have been making their happily ever after journey, quite interesting. On August 22, 2017, they were blessed with twin babies, a boy and a girl. (Also Read: Arjun Rampal's Heavily Pregnant GF, Gabriella Admitted To The Hospital, His Daughters Pay A Visit) 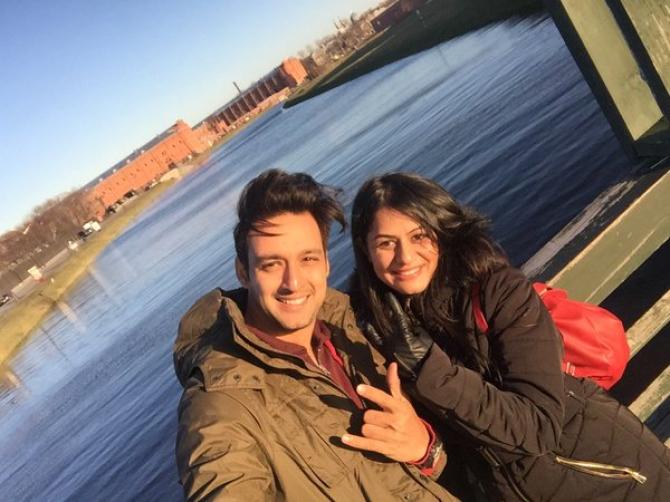 Today, on July 18, 2019, for the first time ever, the actor has shared his wedding pictures on social media. Sourabh Jain in his latest post on Instagram got emotional for his marital journey with ladylove, Ridhima Jain. Talking about each and every year since they took their wedding vows, Sourabh wrote, “One we've never shared on social media earlier. One of the most special moments of our lives, when we 'officially' became life partners! A new journey started on this day (28th Nov) and each day with you has been special. I would love to say 'each day with you by my side' but we both know that while metaphorically we are ALWAYS there for each other, distance has existed which has strengthened our relationship but also thrown lots of challenges our way.” 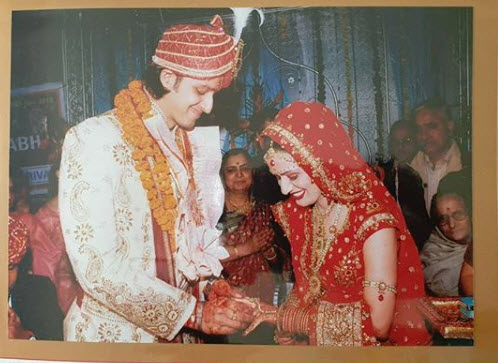 Digging into his and Ridhima’s married life year by year, the Mahakali actor further wrote, “The journey started 9 years ago but each year has been a different learning. The first year, 2010, was our year of understanding each other and what marriage really comprises of. The following year brought in adjustments to each other, to living together and to essentially 'being one'. By 2012, we had accepted each other for who we are, embraced the weaknesses and settled into marital bliss. 2013 was a year of support, while 2014 was the year when we bought our first home, a dream which we had seen for long. 2015 was a year of full trust and before we knew it in 2016, we realized our family was expanding.” (Checkout: Chhavi Mittal Reveals When One Should Not Smile Back At Their Baby, Talks About Baby Sleep-Training) 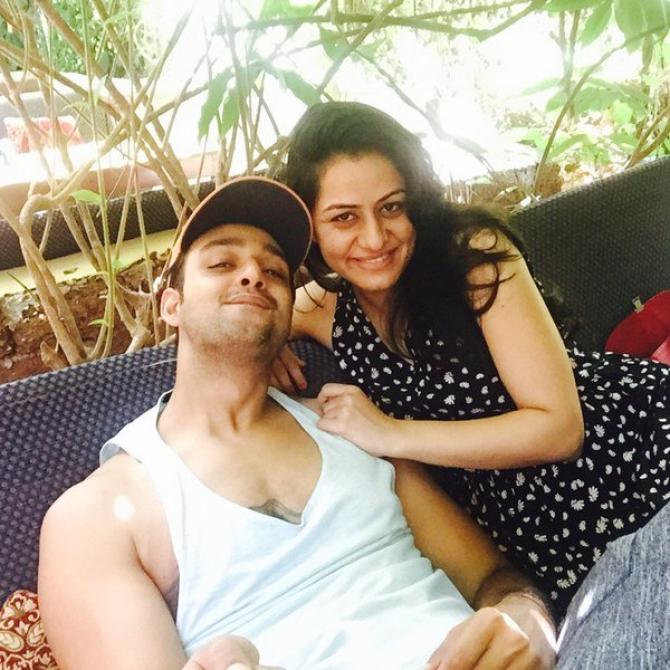 He had further gone on to write, “Pregnancy wasn't an easy phase as Ridhima delivered our little twins with me being away at shoot literally in a different state. The following year, 2017, we were getting aquatinted to parenthood but at the same time, yes, I was away shooting. I missed a lot of 'firsts' but Ridhima made sure that she would keep me involved in every stage. With parenthood came sleepless nights in 2018 as we had not one but two little ones to take care of. And now with 2019, a new journey is about to begin! They say your blessings come in disguise; I say mine is by my side! You have truly been my pillar of strength, my support system, my life partner, my soul mate and so much more! I am looking forward to the time we will finally spend together this year, I am looking forward to taking on new challenges together, I am looking forward to new beginnings in this journey of ours! @ridhiography.” In an interaction with the Hindustan Times post tying the knot with Ridhima, Sourabh had opened up about his temper and was quoted as saying, “I think I don’t get angry so often after marriage. This is primarily because initially when I used to get angry over things, it would make Ridhima unhappy and I can’t see her not smiling.” (Checkout: Arjun Kapoor And Anshula Kapoor's Banter On Her 'Cute Mess' Throwback Picture Will Make You Go ROFL) Further revealing if there is any secret to a happy married life, the Devon Ke Dev... Mahadev actor had retorted, “There can be no tips as such. My suggestion to everyone would be to marry someone as long as you really want to get married and not for any other reason. If you agree to get hitched for some other reason and it doesn’t materialise, then it just turns into a sad story.” In the same interaction, he had also opened up about embracing fatherhood with the arrival of twin babies and had stated, “The feeling is yet to sink in. I have not got any time to spend with them yet. But even when I get a little time, I play with them, sit with them, sleep with them. I feel much more responsible for everything now but it’s the most beautiful responsibility.” In another interaction, he had stated, “The feeling is yet to sink in and it’s difficult to express it in words. It’s a pure bliss to just look at them grow every day. I am not able to get enough time to spend with my twins. It troubles me at times, but I have a wonderful family and a supportive wife (Ridhima). In between shots, when I have time, we do video calls, so I get to keep a track of their entire schedule. Technology helps! Otherwise balancing family and work is quite tough.” (Do Read: Nick Jonas Is Inspired By The Hindu Wedding Rituals, Says 'Saath Pheras' Have Locked Him For Good)

Such lovely wedding pictures, Sourabh and Ridhima! Wishing you both all the luck for Nach Baliye!