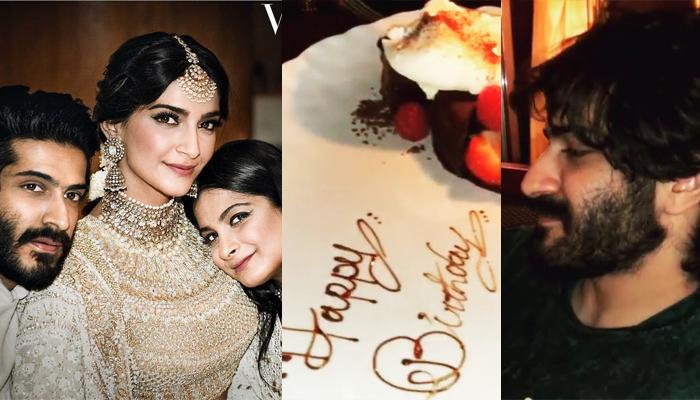 Bollywood celeb birthdays are something we all look forward to. After all, our favourite celebs set the goals rather high through their birthday wishes and bashes. And today is one actor’s birthday who is a doting brother and a son. We are talking about Harshvardhan Kapoor. Yes, the Bhavesh Joshi Superhero actor turned 28 today i.e. November 09, 2018. (You May Like: Disha Patani And Tiger Shroff Dine Out With His Mother Ayesha Shroff, Amidst Their Break Up Rumours)

And his sisters, Sonam Kapoor Ahuja and Rhea Kapoor’s birthday wish for their younger brother is every sibling goal ever. Sonam took to Instagram and sharing the following picture where she is kissing him on his cheeks, she wished him, “Happy happy birthday my baby brother. You have no idea how much you’re loved and adored. Keep working hard and keep striving forward and the world will see what a special person you are! @harshvardhankapoor”.

Sister, Rhea Kapoor’s wish for him would remind you of your own sibling. She wrote, “Happy birthday to the stubborn, patient minefield of talent in our family. @harshvardhankapoor I hope you get your happiness always and just the way you want it”. Rhea also shared the following video in which we can see Harshvardhan’s birthday cake:

In fact, Harshvardhan’s mom, Sunita Kapoor also took to her official Instagram handle and wished her son a very happy 28th birthday with her heartfelt words, “Happy happy birthday my son.. may the universe bless you with all its abundance”, followed by a lot of heart emoticons. Mommy Sunita also shared the following pic of her 28-year-old son: 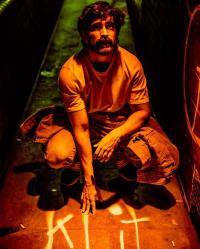 Harshvardhan's brother-in-law, Anand Ahuja also wished him a very happy 28th birthday. Anand shared the following picture and wrote, "How do you deal with your ego and your art? You have to dream so big that you can't get an ego cause you never fulfill all those dreams." As soon as I read this quote by icon & living legend #QuincyJones , I knew I had to share it with you @harshvardhankapoor. I've had a glimpse into how you dream and a glimpse into the immense talent you are. On this Birthday, I wish you all the growth, fulfilment, and joy. and with every dream you accomplish, with every milestone you reach, I wish you bigger and bigger milestones and dreams. #HappyBirthday!" 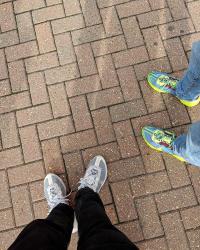 Seems like Harshvardhan Kapoor just received the most beautiful wishes from his family members. Sonam, Rhea and Harshvardhan have always given us major siblings’ goals time and again. In fact, reportedly, these three will also be seen on the screen together for the first time when they would appear on one of the episodes of Koffee with Karan season 6. (Suggested Read: Alia Bhatt Admits She Has Found Her 'Perfect One', Goes For Dance Rehearsal With BF Ranbir Kapoor) 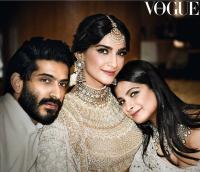 These three never shy away from showcasing the love they have for each other. For example, on June 09, 2018, when it was Sonam’s birthday, Harshvardhan shared the following pic on social media and beautifully captioned it, “Through thick, through thin, through laughter, through tears... you have always stood tall right by my side... Happy birthday, senior! Much love always @sonamkapoor #MiFamilia”. 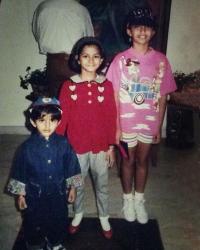 On the professional front, Harshvardhan is all set to begin shooting for his next film in which he will be essaying the role of Abhinav Bindra, first individual Indian gold medallist at the Olympics. Talking about the biopic and the preparations, the Mirzya actor revealed, “From September 15, I will start preparing for my role in the film and then, we will start shooting of the film in January. Basically, Abhinav won gold at the Olympics in the 10-meter air rifle event so, we have set up a shooting range and I will be shooting about five months every day with the rifle”. (Don't Miss: Karan Johar Played The Cupid Between Kiara Advani And Sidharth Malhotra, Check Out Details Inside) 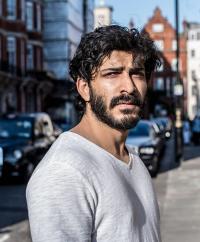 Well, happy birthday Harshvardhan Kapoor, and we can’t wait to see you on the big screen.