Sonam Kapoor got married to Anand Ahuja on May 8, 2018. However, Sonam's latest post leaves her fans confused, as she seems to have forgotten her anniversary.

Sonam Kapoor and Anand Ahuja can be safely hailed as one of the most adorable couples in B-Town. The duo, who got married in 2018, are on cloud nine these days, after the arrival of their little boy, Vayu. While the doting parents are overjoyed with happiness and are simply one of the best hands-on parent for their child, they are making sure that they strike the perfect balance between personal life and work.

Being an active social media user, Sonam keeps her fans updated with snippets from her work and life. However, her recent social media post has got her fans surprised, as the diva seems to have forgotten her wedding anniversary itself. Taking to her IG handle, Sonam posted a throwback photo of herself along with her hubby, and penned a note which spoke about their seven years of togetherness. Her caption can be read as: While the couple’s fans got rather surprised at such a post coming from the diva, it is her hubby, Anand Ahuja’s comment on her post,which was simply unmissable. Pointing out the fact that his doting wifey had got confused with their years of marriage with that of their years of dating each other, Anand wrote:

“Sona. 7 years in May… we start counting from the first date not when we started talking on the phone na !”

Well, merely months after delivering her first child, Sonam had made a stunning entry at the Red Sea International Film Festival, not once, but twice. For both glam looks, Sonam opted to wear two dramatic gowns in bright shades of yellow and red. With minimal makeup and a sleek hairdo, Sonam simply nailed the red carpet looks. 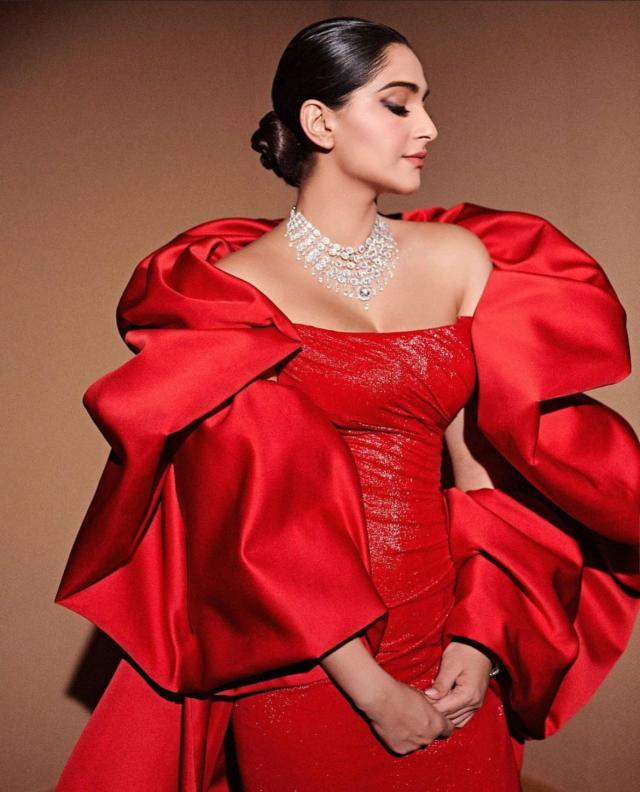 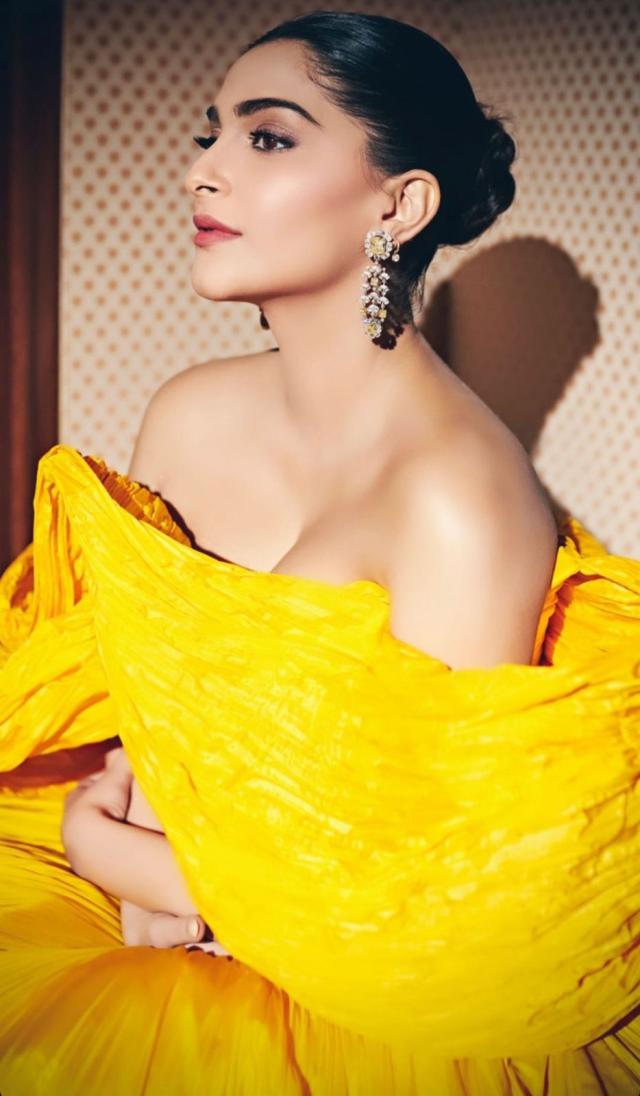 For the unversed, Sonam got married to the love of her life and businessman, Anand Ahuja in the year 2018. While the couple had secretly known and dated each other for quite some while, they managed to keep their relationship under wraps until their wedding day. Ditching an extravagant celebration, Sonam and Anand’s wedding was a close-knit family affair. We love the fun banter of Sonam and Anand on social media! Bollywood actress, Sonam Kapoor Ahuja is leaving no stone unturned to ace her mommy duties. From taking care of her little baby to fulfilling all his needs, Sonam is a hands-on mommy. Recently, Anand Ahuja, who is away from his family, shared an unseen picture of Sonam taking care of