Soha Ali Khan and Kunal Kemmu are enjoying their Australian vacation in the midst of sand, sun and sea. Scroll down as the actress gives us a digital tour of their happy times!

Marriage is an alliance you happily sign into in front of the entire world. It is like giving the other person the key to your happiness and you know they are going to safeguard it for the rest of their life. Every day turns into a new adventure of understanding each other and valuing the differences. And Bollywood couple, Soha Ali Khan and Kunal Kemmu's relationship is an inspiration for the millennials. The duo had met each other in 2009 when they had signed a film, Dhoondte Reh Jaaoge, and in that point of time, they didn't even thought they would even become friends. (Recommend Read: Mohena Kumari Singh And Suyesh Rawat Lash Out At Troll Who Slammed Her For Keeping A Veil On Wedding)

However, destiny had other plans for Soha and Kunal and when they collaborated for their second film together, 99 in 2009, they felt the connection. We still remember in a media interaction, Soha had shared that she got attracted to Kunal on the sets of their second film. She found him extremely handsome and mysterious in his own way. They got engaged in July 2014 in Paris and on January 15, 2015, the gorgeous princess of Pataudi khandaan had tied the knot with her beau, Kunal in an intimate ceremony. Together they are nurturing their littlest angel, Inaaya Naumi Kemmu. 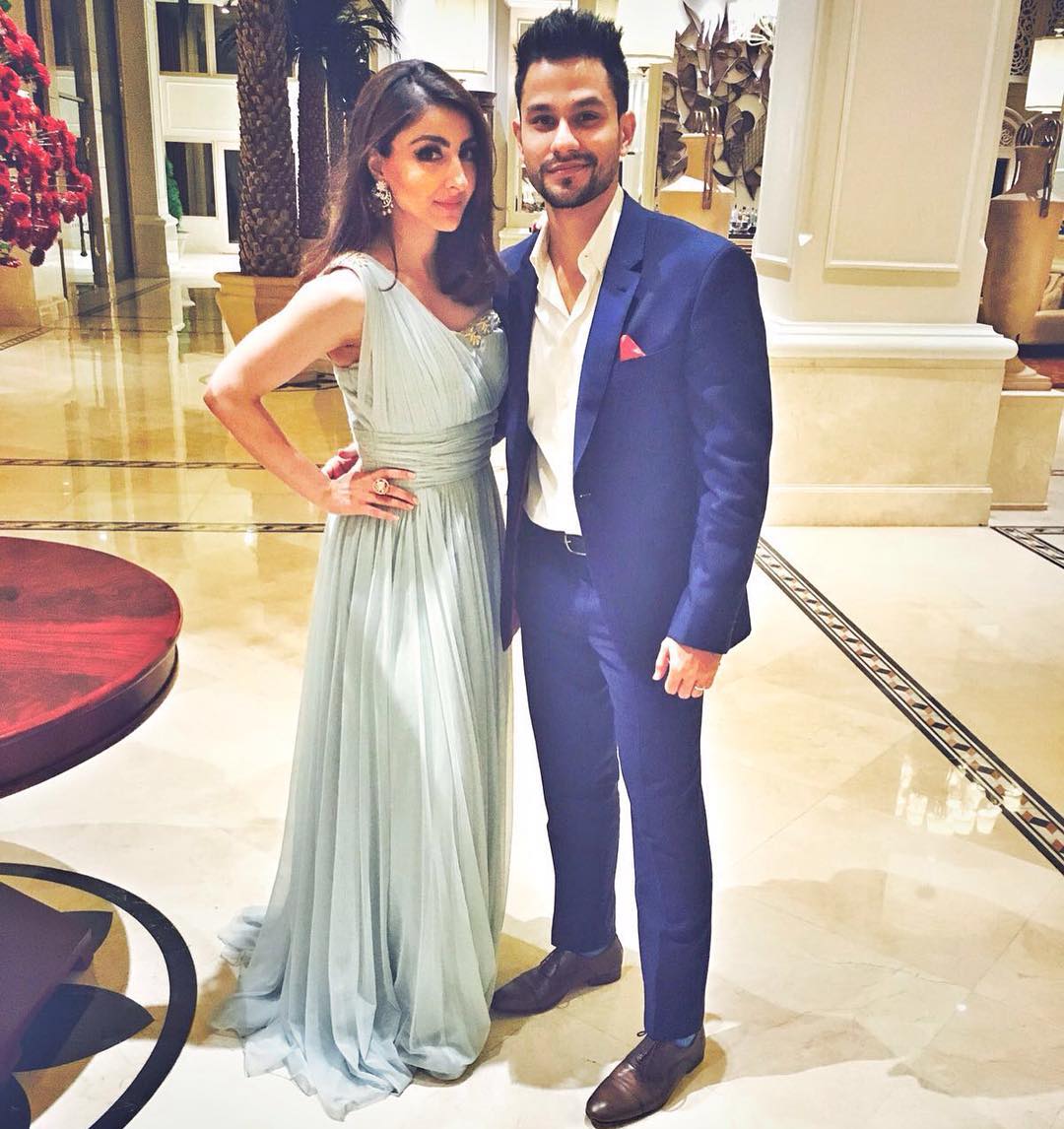 Currently, Soha and Kunal are enjoying their New Year vacation in Australia with daughter, Inaaya. And the two often shares snippets from their holiday. On January 2, 2020, Soha took to her Instagram handle and posted a mushy picture with the love of her life, Kunal from Bondi beach. She captioned it as "Bondi beach! @khemster2". Take a look at it below: 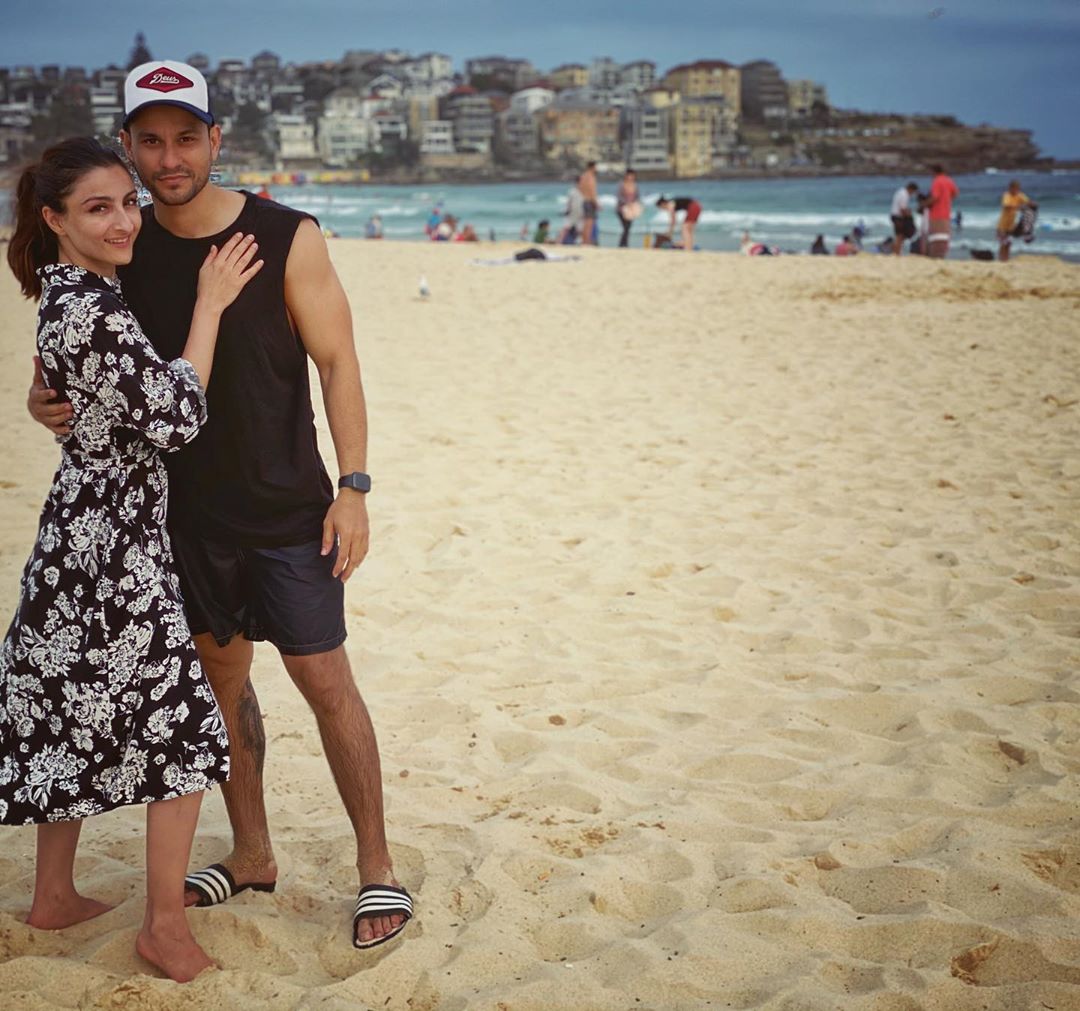 Soha also shared a couple of pictures as her Instagram stories with her angel, Inaaya and her surprise meeting with her favourite book character, Gruffalo. And oh boy, we loved how the little girl reacted after seeing him. Check it out below: Soha had kickstarted the New Year by sharing a cute family picture, wherein we could see Soha, Kunal and Inaaya getting in the beach mode and the actress had captioned the picture as "Happy New Year 2020 @khemster2." 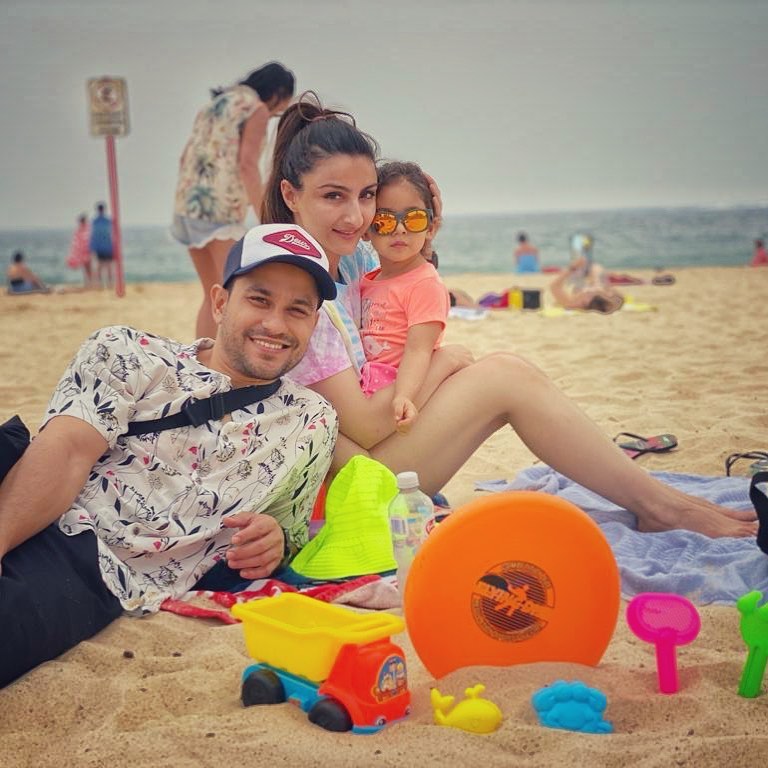 Coming back to Kunal and Soha's love story, the actor was twenty minutes late on their first date. In an interview with the Hindustan Times, Soha had shared her first impression of Kunal and had said, "When we did our first film, Dhoondte Reh Jaaoge, we didn’t speak much at all. I thought we would never be friends, forget being in a relationship. Then we did 99 and we got closer. I was immediately attracted to him. I thought he was a very attractive man. I noticed his eyes and his smile. He was quiet, silent and mysterious in many ways. He kind of drew me in." (Also Read: Nehha Pendse Kick-Started Her New Year With A Passionate Liplock With Fiance, Shardul Singh Bayas) 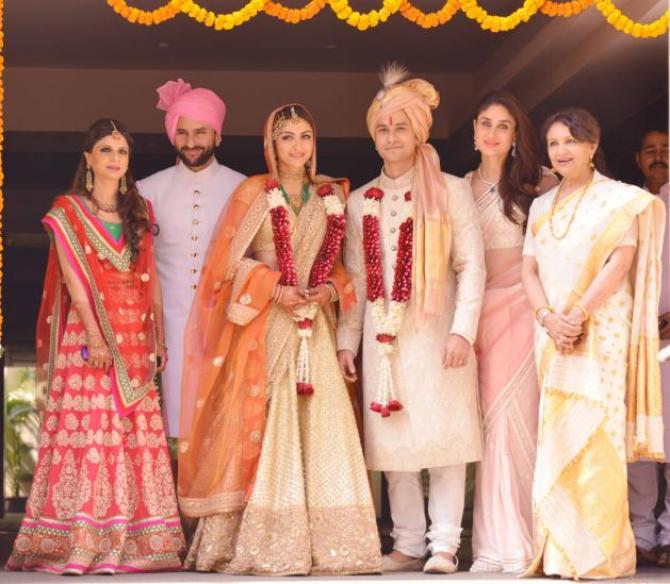 In the same interview, Kunal had also shared his thoughts on their first meeting and had stated, "My first impression was that here is this Oxford graduate and I don’t know why she is acting in films. When I met her on the sets, she was writing an article on her laptop to send to Oxford University for their magazine. So, I thought this is serious stuff, I should think before I start a conversation with her. We didn’t speak much. I respected her as a professional. It was only towards the end of Dhoondte... that we happened to spend some time on the sets. It was very interesting because she’s had an upbringing completely different from mine, so the stories of her life were very different — hers were about Oxford and mine were about local trains. But even then, we used to have a lot of healthy debates and that’s how we got talking. Gradually it developed into a relationship." 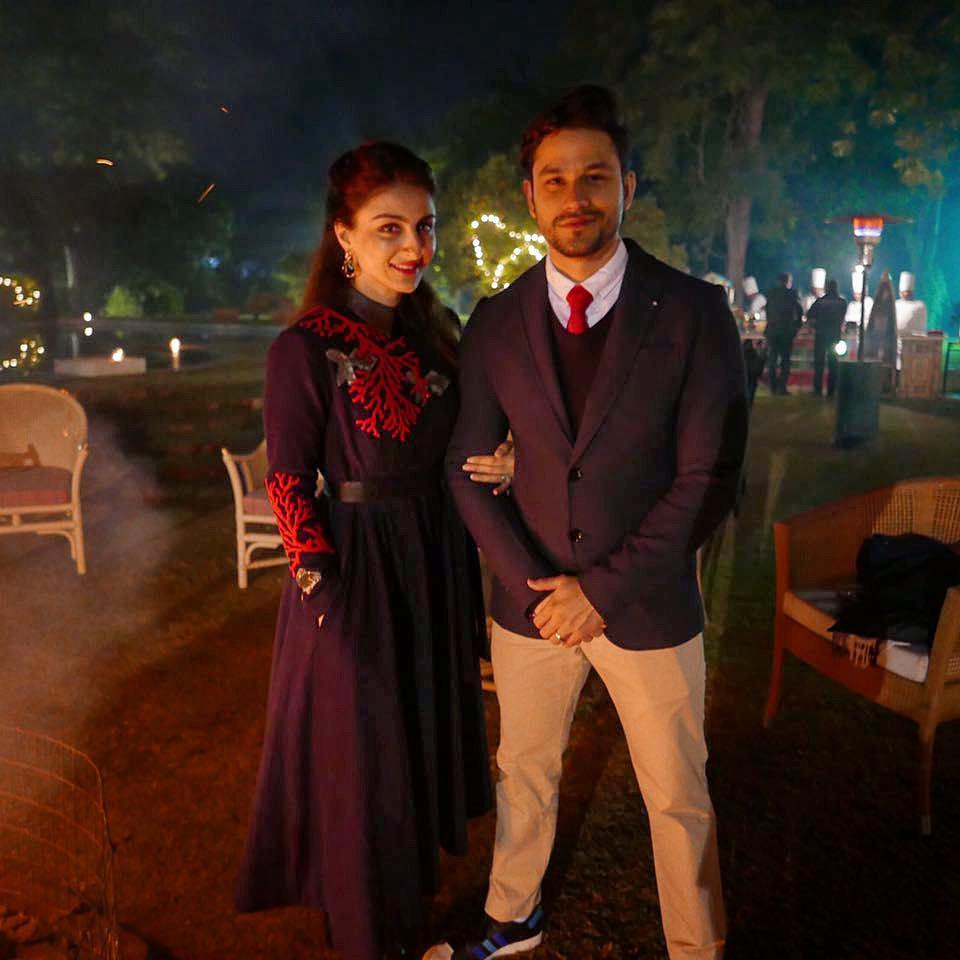 In an interview with the Free Press Journal, Soha had talked about changes that came after marriage. She had revealed, "Honestly, nothing has changed. Apart from the fact that my boarding pass says Mrs now and that feels odd. The only change that I observed was in the way society perceives you – by that I mean a social acceptance comes when you are a married couple. In terms of our relationship, there is no change at all. Maybe because we have known each other for six to seven years and we dated for three years before we got married. There was no moment where I felt, ‘Oh I didn’t know this about you,’ or he never said,‘I didn’t know this is how you look in the morning’. There were no surprises. And that’s how we wanted it to be. When we decided to get married he told me that he did not want me to change in any way. A sort of apathy comes in after you get married but we just try and not take each other for granted." (Don't Miss: Amitabh Bachchan Posts A Picture With Grandchildren, Navya, Agastya And Aaradhya, Wishes New Year)

Well, we totally love Soha and Kunal's filmy love story! What about you? 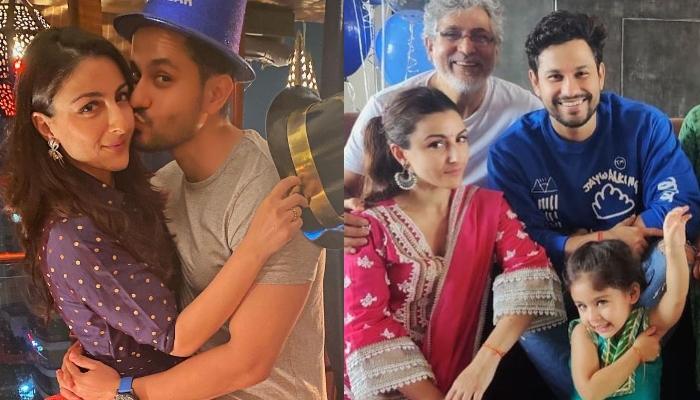