Soha Ali Khan is known for raising her daughter, Inaaya Naumi Kemmu, with utmost love and good values. Whether it’s Soha’s modern parenting skills or her approach towards teaching her child something new on a daily basis, Soha continues to inspire many millennial moms on the internet.

On the personal front, Soha had tied the knot with Kunal Kemmu in 2015 and has been living peacefully with him in their little paradise. Both Soha and Kunal dotes on their daughter, Inaaya and always try to give her the best life possible. And over the years, the five-year-old has also become one of the most loved celebrity kids. 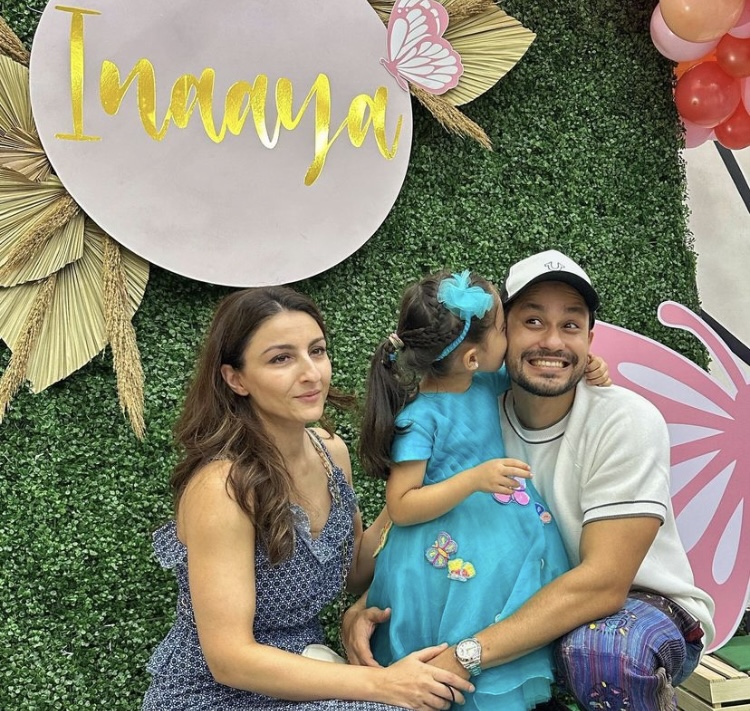 On November 26, 2022, Soha Ali Khan and Inaaya Naumi Kemmu got invited to Genelia Deshmukh’s son, Riaan’s birthday bash. At the party, Inaaya reunited with her cousins, Taimur Ali Khan, Jehangir Ali Khan and many of her friends. However, what caught our attention was Inaaya’s fearless side. A few hours ago, Soha took to her IG stories and showed us a glimpse of Inaaya sliding on a bouncy castle in a beautiful white T-shirt and black pants. From the looks of it, it seems like Riaan’s birthday party was filled with fun and laughter. Check out the screenshots of the video! 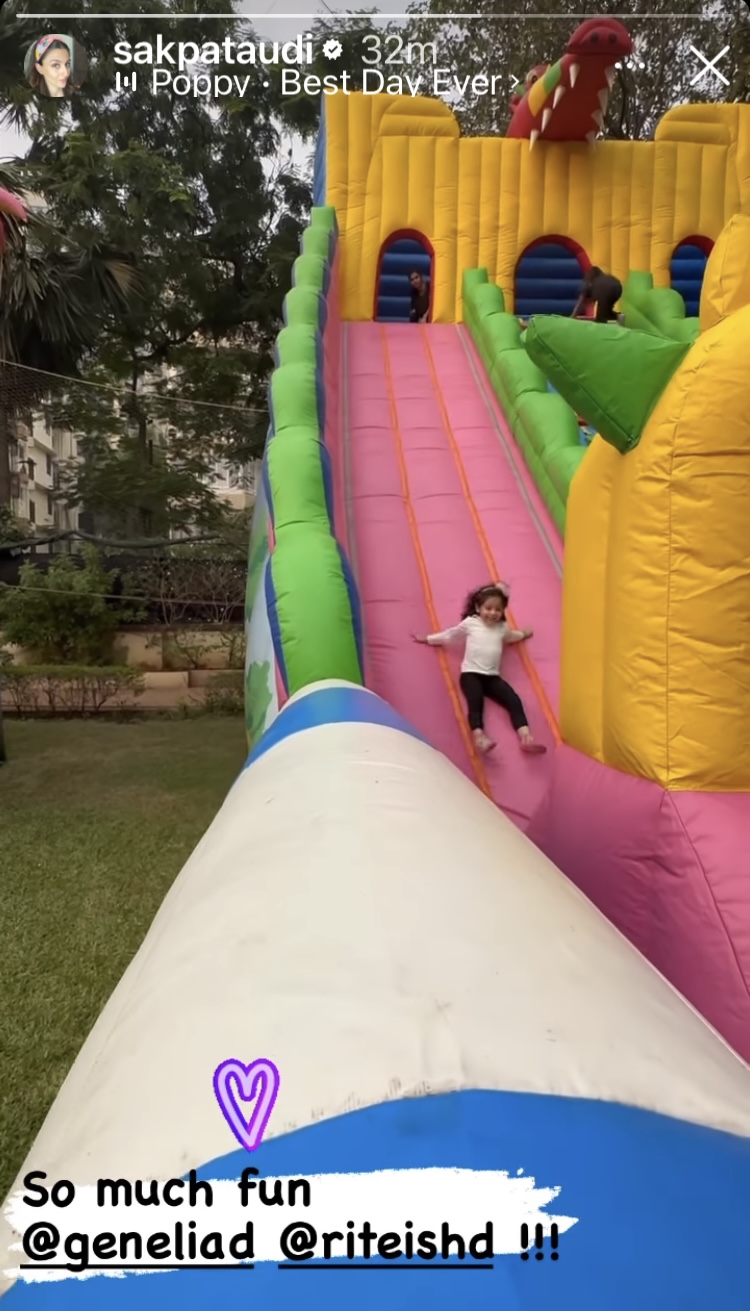 Inaaya adores her mommy, Soha Ali Khan the most and finds it difficult to even spend a moment without her. Earlier, in an interview with the Hindustan Times, Soha had narrated a hilarious incident and revealed how Inaaya had once asked her nanny to go for a shooting so that she could spend more time with her mother. In her words:

“I leave her with a very capable nanny. The last time I left her at night, I told her Rashmi didi (the nanny) will make you sleep. She said, ‘will she manage, what if I need something?’ So, I told her, she is brilliant. She can do anything. Inaaya said, ‘so why don’t you send her for shooting and you stay home with me’. I said, ‘she is not that brilliant’. I didn’t even know what to say to that actually.” 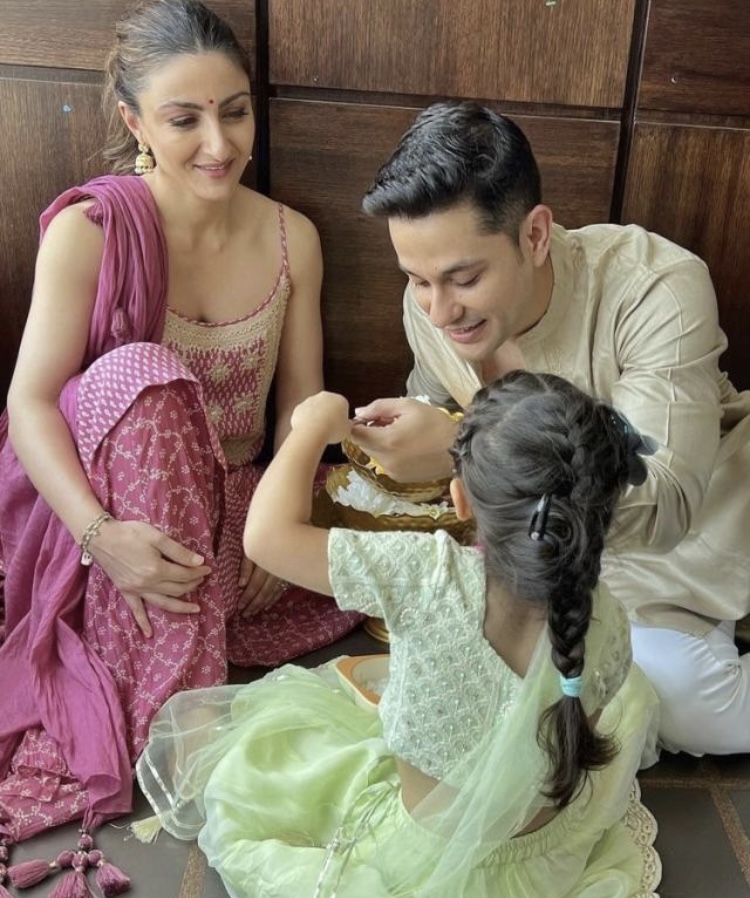 For those who don’t know, Soha and her hubby, Kunal had launched a book together in 2021, which is named Inni and Bobo. Taking inspiration from their daughter, Inaaya, the book tells a story of a girl and her adventures with an adopted pet dog. In an old interview with Hindustan Times, Soha had explained how her princess inspired her to write the book. She had said:

“The inspiration was really because our daughter, who is four-and-a-half years old, has enjoyed us reading to her from the time she was born. It is a habit that we have definitely encouraged. She is now starting to read a little bit herself and blend words but she still will pull down a lot of books and ask one of us to read to her, especially at bedtime. I used to read books to her and Kunal used to invent stories and ask her to actually contribute towards developing it, telling her to imagine the principal characters.” We are waiting to see more glimpses of Inaaya from Riaan’s birthday party.

Next Read: Charu Asopa Takes Her Baby Girl, Ziana Sen On An Exotic Cruise Vacation, She Dons A Cutesy Co-Ord