Smriti Khanna shared a cute video of her little baby girl, Anyaka responding to her name being called and it's the sweetest thing you'll see today!

Television's star couple, Smriti Khanna and Gautam Gupta had embraced parenthood for the first time on April 15, 2020, when they had welcomed a little angle into their lives. The doting parents had named their baby girl, Anayka, which means power, and we have to say, she has the power to mesmerise us with her cutesy gimmicks and even more cute, chubby cheeks. Don't believe us? See for yourself! (Recommended Read: Neha Kakkar And Rohanpreet Singh Twin In White For Their Wedding Reception [Pictures Inside])

The gorgeous mommy, Smriti Khanna never skips a chance to flaunt her precious little girl's cute shenanigans on her social media handles. So much so that Smriti's IG handle is now practically filled with little Anayka's pictures and videos. On October 23, 2020, Smriti had shared an adorable video as she had played with Anayka. In the video, Smriti was seen kissing and cuddling Anayka, who couldn't stop giggling. The mother-daughter duo was seen having a gala time. Check out the cute video of the mommy-daughter duo's playtime below:

Smriti Khanna Tried The 'Dog Filter' With Baby Anayka, Her Reaction Is Hilarious [Video Inside]

Smriti Khanna's Baby Girl, Anayka Tries To Talk To Her Daddy, Gautam Gupta As He Adores Her [Video]

Smriti Khanna's Baby Girl, Anayka Found Her Favourite 'Toy' To Play And It's So Cute [Video Inside]

On October 26, 2020, Smriti Khanna took to her IG handle and shared a cute reel of her little baby girl, Anayka responding to her name being called and it's the sweetest thing you'll see today! Along with the video, Smriti reflected in her caption on how fast the toddlers grow up, and we couldn't agree more. She wrote, "She knows her name @anaykaguptaofficial. #growinguptoofast #toddlerlife." Check out the video below:

On October 12, 2020, Smriti Khanna had hilariously proved that she is not a regular mom. The actress had posted a funny picture, wherein, we could see her imitating her little angel, Anayka's cute pose. Alongside the picture, Smriti had written, "We learn much more than we can teach them. #parenting #toddlerlife." 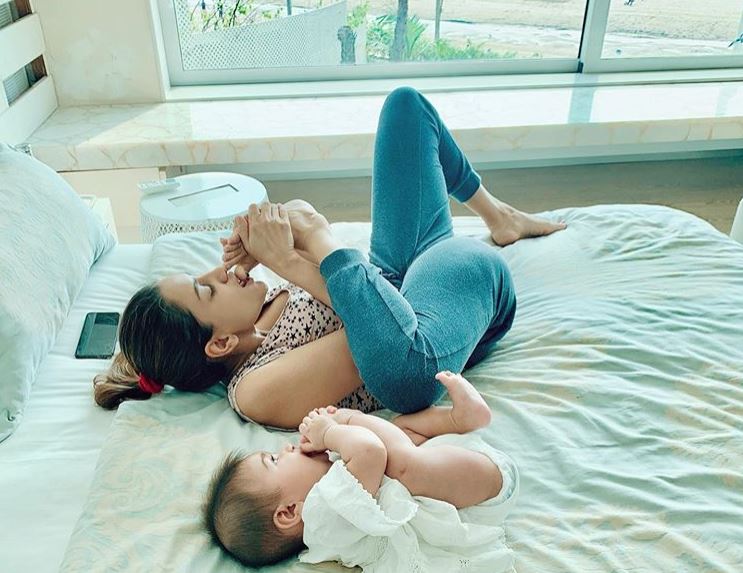 On October 15, 2020, Smriti Khanna and Gautam Gupta had celebrated their little angel's six-month birthday. Smriti had looked utterly gorgeous in a one-shoulder dress in the shades of blue and her daughter, Anayka had twinned with her beautiful mommy. In one of the pictures, the mother-daughter duo was seen posing with a bunch of balloons in the back, and the other picture was a picture-perfect family click. Alongside it, Smriti had written, "Happy ½ Birthday my princess." (Also Read: Kareena Kapoor Khan Tags Ex, Shahid Kapoor On 'Jab We Met' Post, Ishaan Khatter And Alia Bhatt React) 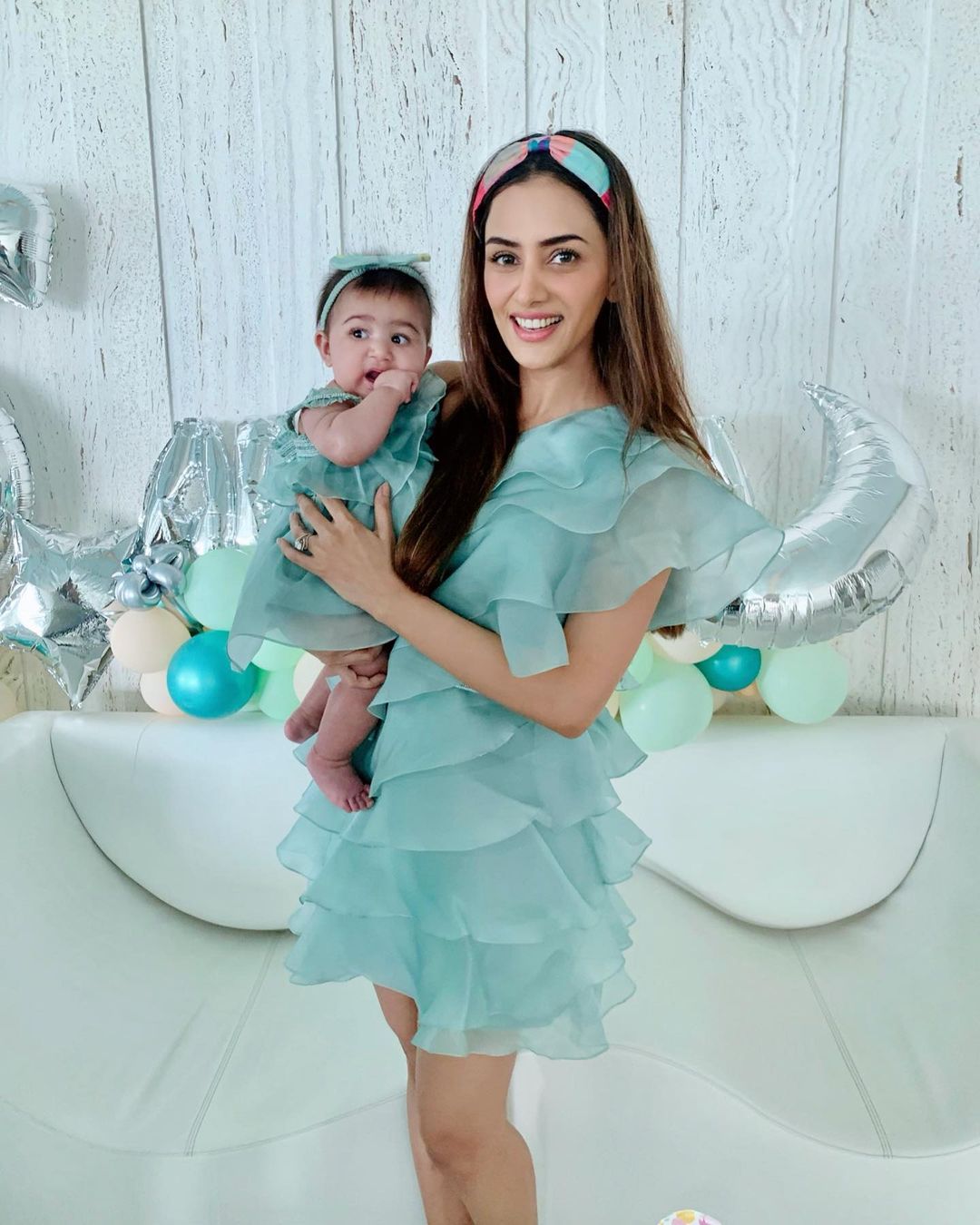 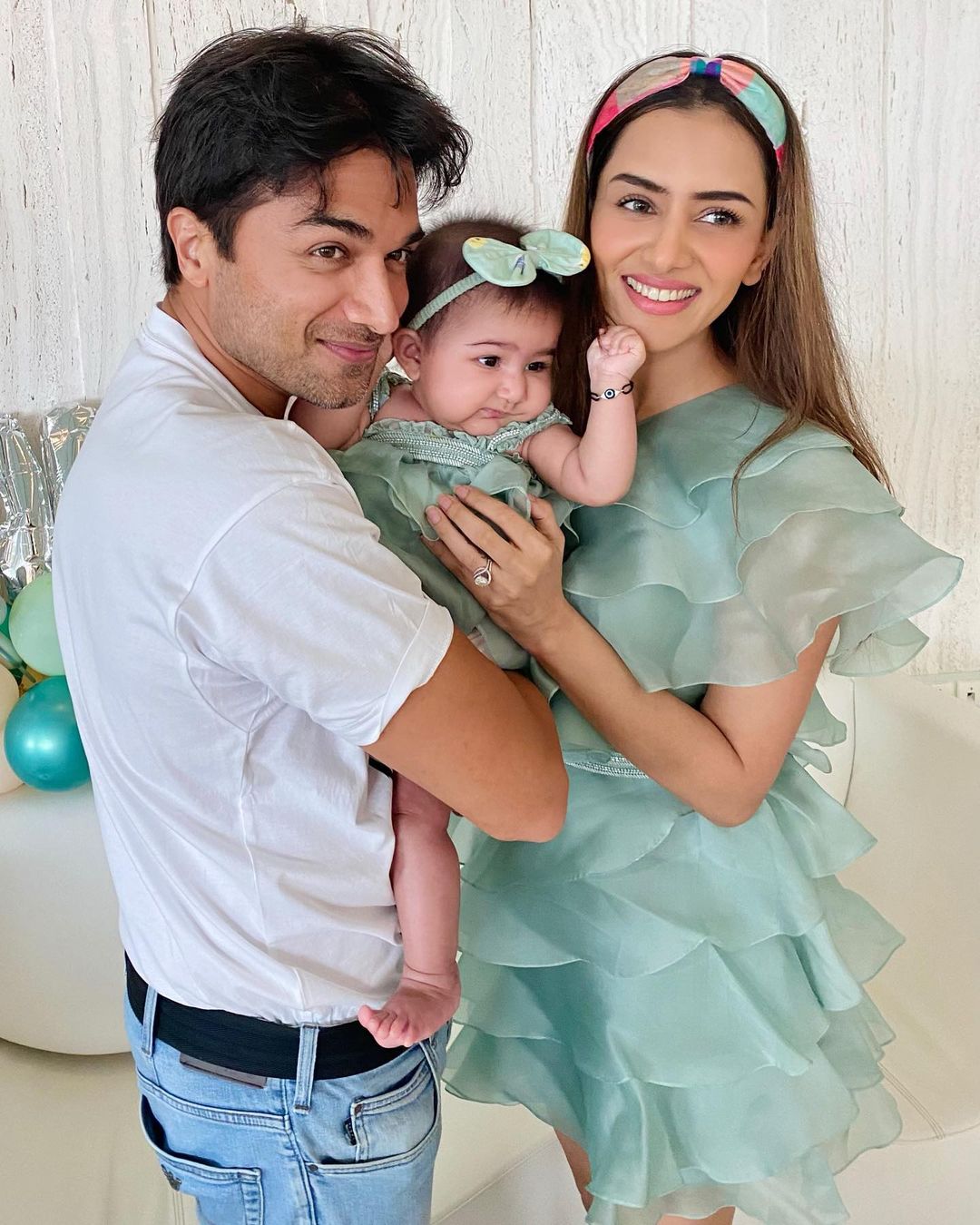 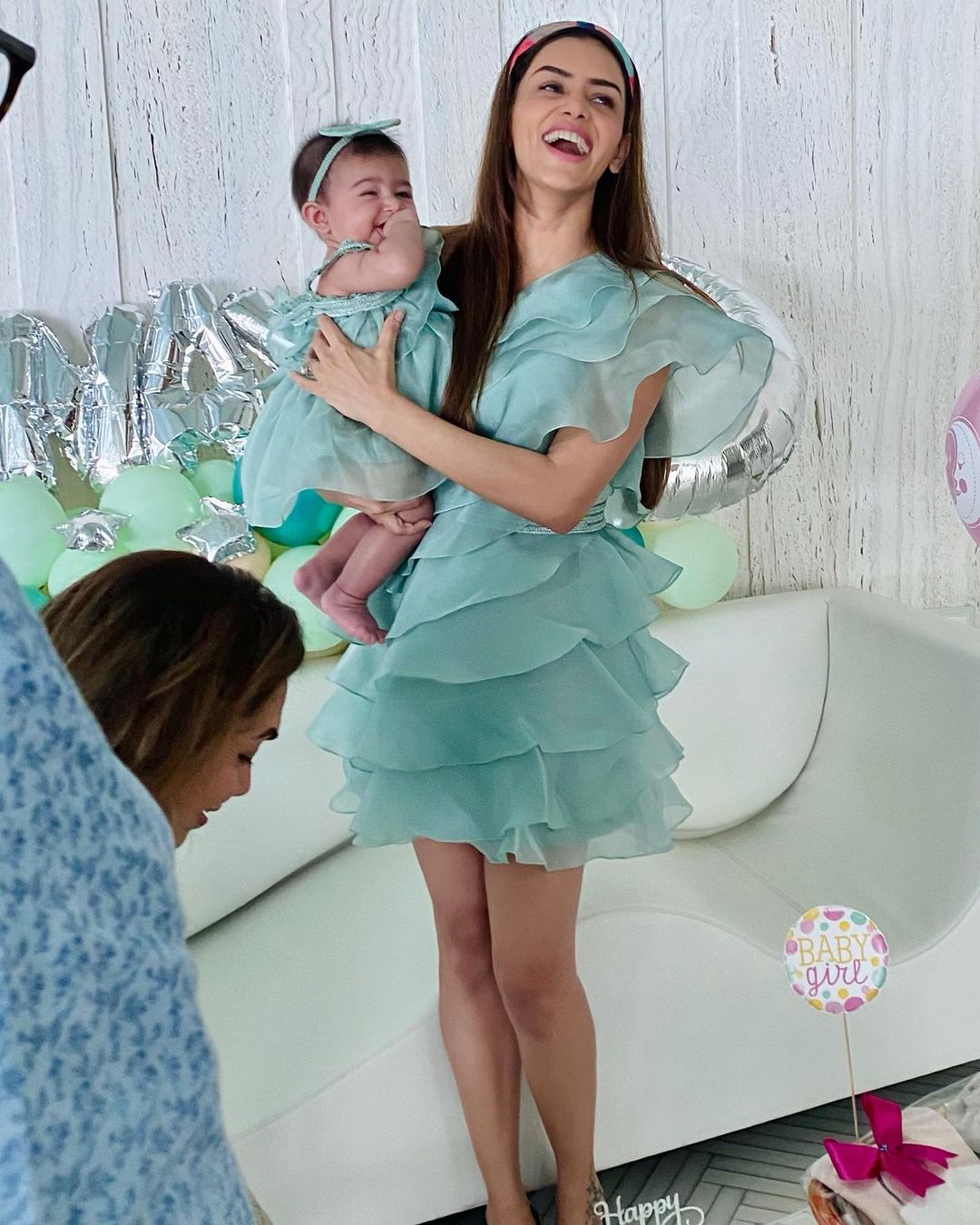 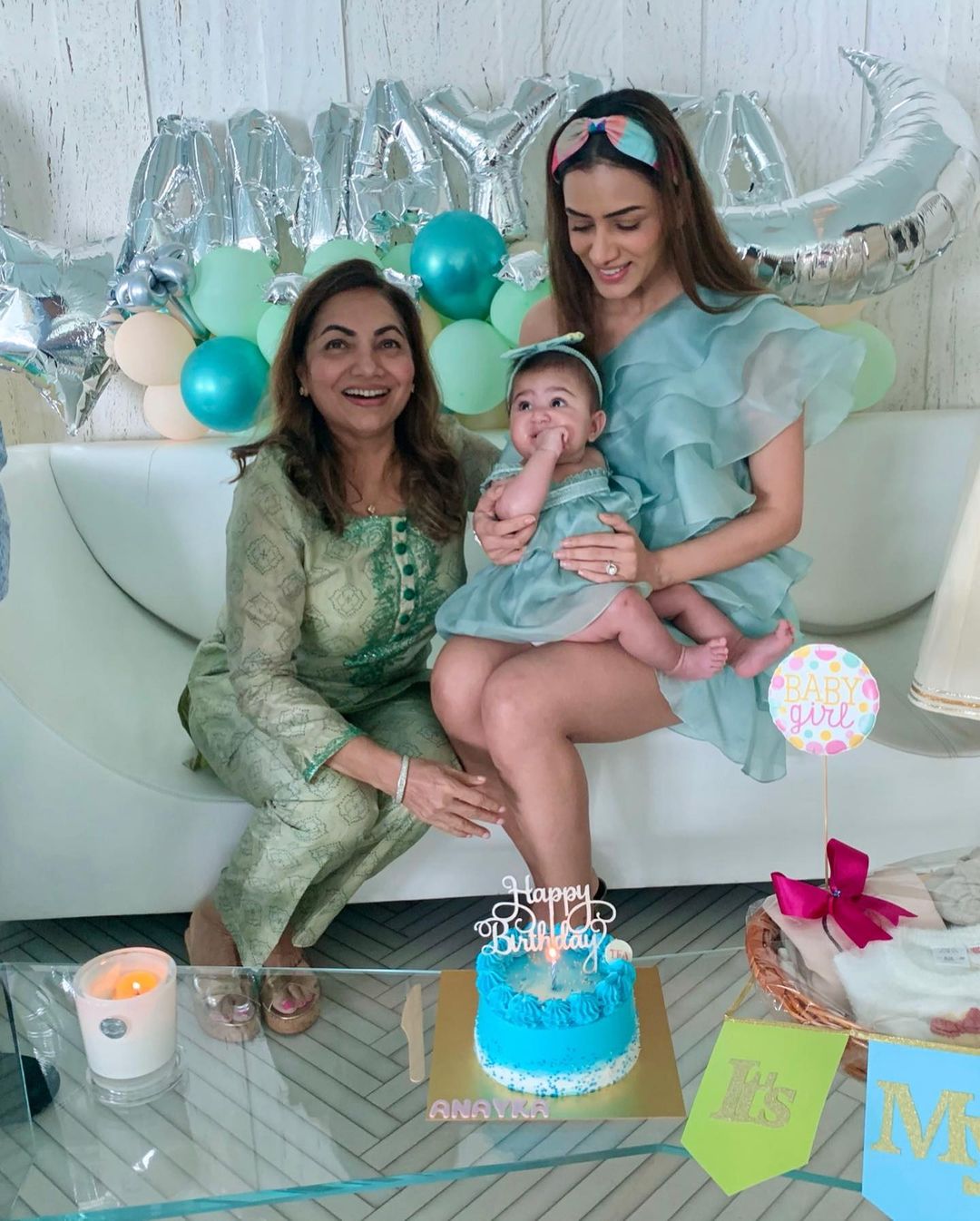 On October 7, 2020, Smriti Khanna had given a glimpse of her little baby girl, Anayka's first swimming lessons. In the picture, the gorgeous mommy could be seen in the pool, holding her goofball in her arms. Baby Anayka had looked a little terrified of the water around her. The beautiful backdrop of the sea and sky had made for a perfect picture of the precious mother-daughter moment. Smriti had captioned the picture as "My doll's first swim." 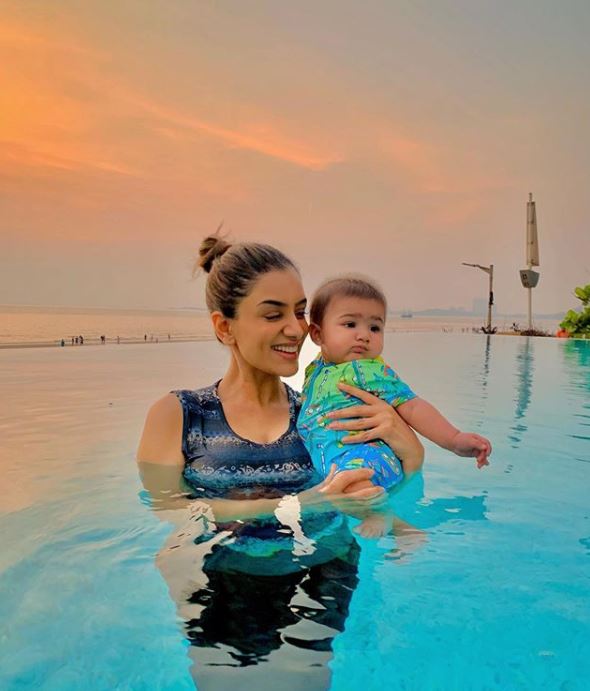 After Anayka's birth, the young mommy, Smriti had raised a common issue amongst young mothers in an interview with The Times of India. She had talked about postpartum depression and had shared, "I have realised that even if you speak good on social media and educate people about pregnancy and mother, haters will still troll you. I felt that people did not discuss much about pregnancy, weight issues, breastfeeding and I feel these topics should come out openly in our society because there are so many myths and women struggle all their life to lose weight. There are so many times that this becomes a matter of depression for them. They stop stepping out because they are not looking a certain way or not fitting into their dress. Some women are scared to get pregnant. There is postpartum depression and it is a big thing and it is not spoken in India." (Don't Miss: Bigg Boss 14: Jaan Kumar Sanu's Mom Lashes At Rahul Vaidya, Says 'Jaan Is A Better Singer Than Him')

How do you spend your time with your toddler? Share with us! Television actress, Smriti Khanna is enjoying her motherhood journey with her little angel, Anayka. Recently, the gorgeous mommy, Smriti Khanna shared her failed attempt of turning her daughter just like her. We all will agree that Smriti's IG feed, which was once filled with her beautiful pictures with her hubby,

Smriti Khanna Tried The 'Dog Filter' With Baby Anayka, Her Reaction Is Hilarious [Video Inside]