Legendary Indian actor, Kamal Haasan is not just one of the most iconic actors of all-time but is also a proud father as his daughter, Shruti Haasan is already a big star across the country and his younger daughter, Akshara Haasan is also following her elder sister's footsteps. Everyone is aware of Shruti's incredible acting skills and time, and again, she had proved it by giving stellar performances in both South Indian and Bollywood movies. Besides her acting, Shruti is famous for speaking out her bold thoughts in public without filters on debatable topics. (Recommended Read: Krushna Abhishek Shares A Rare Picture Of His Mom And Nani, Govinda's Mother And A Classical Singer)

However, this time, Shruti Haasan is in headlines for her personal life after she expressed her immense happiness and thanked her rumoured boyfriend, Shantanu Hazarika on social media for making her birthday super-special. Scroll down to take a look! 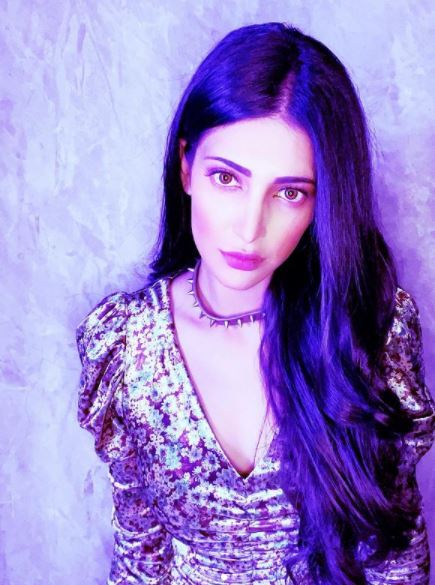 On January 28, 2021, South Indian actress, Shruti Haasan celebrated her 35th birthday, and the whole internet was buzzing with the adorable wishes and tributes from her millions of fans across the country. However, the actress took to her Instagram stories and said thank you to her rumoured boyfriend, Shantanu Hazarika, for making her birthday a special one. The actress reshared his cute birthday wish for her in which the alleged couple can be seen happily posing for the camera while being in each other's arms. The actress wrote, "Thank you for making my birthday so special" atop it. On the other side, Shantanu also posted some more pictures with Shruti on his IG stories, and it clearly spoke volumes about their special bond. Take a look: (Don't Miss: Maniesh Paul's 'Then-Now' Photo With His Wife On Their 14th Wedding Anniversary Is Simply True Love) 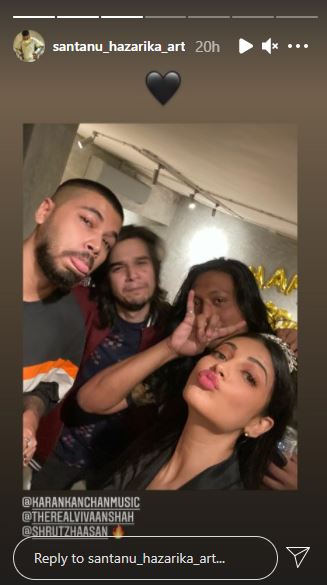 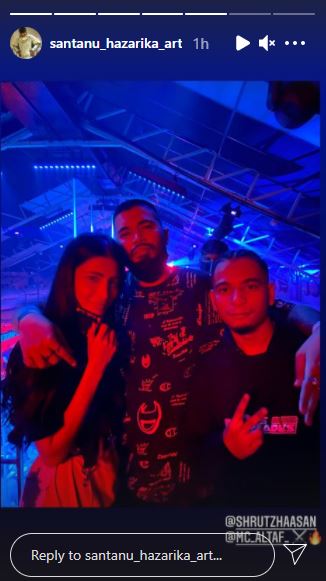 This isn't the first time when we have seen Shantanu Hazarika's name getting linked with Shruti Haasan as time, and again, paps have spotted them together in public places which gave a lot of hints about their special bond. Last year, in an interview with Filmibeat, the actress had revealed that she's open to falling in love again after her breakup with her longtime Italian boyfriend, Michael Corsale. The actress had said, "I'm a very romantic person. I am in the age of falling in love." After which, she was spotted a couple of times with Shantanu, and according to her fans and sources, the cat is out of the bag. Recently, Shruti and Shantanu were spotted at Hyderabad airport, and their cute antics excited her millions of fans with the prospect of seeing their favourite actress falling in love again.

For the uninitiated, Shantanu Hazarika is a renowned doodle artist based in Delhi, who had worked with the music industry's biggies like Raftaar, Divine, Ritviz, and many others. The illustrator was also crowned with the Best Doodle Artist in 'Doodle Art Competition' back in 2014. Coming back to Shruti Haasan's love life, the actress had revealed in her interview with Filmibeat that her breakup with her ex-boyfriend, Michael Corsale was a big lesson for her and she had learned a lot of things from it. Reflecting on the same, she had said, "I was a cool type, very innocent and everyone would boss around me. I am a very emotional person, and that is the reason why they could take over. I would say it was a very good experience for me." Well, only time will tell whether Shruti and Shantanu are dating or not but at the moment, there's enough smog out there about their possible fire in the media. (Also Read: Saba Ali Khan Hails Nephew, Ibrahim Ali Khan, Sharing His Mesmerising Pictures Says 'A Star Is Born') 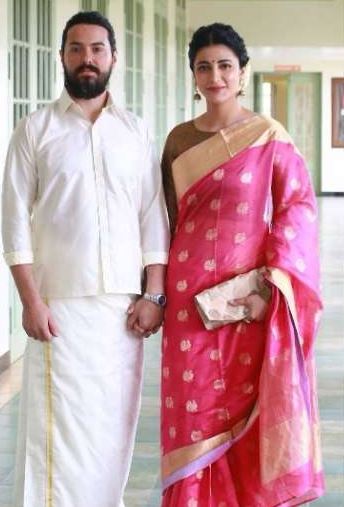