With each high-profile celeb wedding in the industry, the bar is only getting higher. The pre-wedding functions of the big fat Hyderabadi wedding of Shriya Bhupal with Anindith Reddy have begun in Paris. Shirya is the granddaughter of Hyderabad tycoon Dr GVK Reddy (her mom, Shalini is his daughter) and Anindith belongs to the Apollo Hospitals family. He is the grandson of Apollo hospitals Chairman and founder, Prathap C. Reddy. While the bride is the fashion designer, the groom is a national racing champion and an entrepreneur. (Also Read: Hardik Pandya's Brother, Krunal Pandya-Pankhuri Sharma Reveal Their Love Story In Wedding Trailer)

The pre-wedding ceremonies of Shriya and Anindith’s marriage took place in Paris, where they flew with their family along with their close friends. On May 27, 2018, a lavish pre-wedding masquerade ball was hosted at the Chantilly Palace outside Paris, for which the bride-to-be opted an elegant and graceful flaming red Giambattista Valli tiered gown and gold crown.

Was This The Reason Behind Akhil Akkineni And Shriya Bhupal's Wedding Being Called Off? After their pre-wedding bash in Paris, Shriya and Anindith will have a Telangana wedding in Hyderabad on July 6. Shriya and Anindith had an intimate engagement ceremony in April, they had a fun-filled grand pre-wedding bash including Shriya’s bachelorette party in Paris. As per the TOI reports, a source stated, “The families of both the groom and bride wanted this to be an intimate affair, so they kept all the celebrations up to now very low key. Shriya and Anindith were engaged back in April. It was a very small lagna patrika and engagement ceremony at home, where the priests and the grandparents blessed the young couple.” (Also Read: 10 Times When Virat Kohli And Anushka Sharma Gave Us Some Serious Relationship Goals) 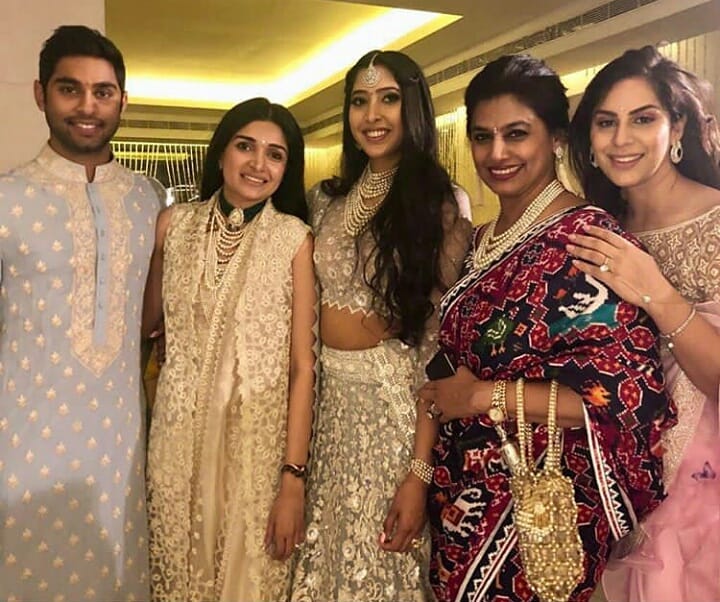 The source further continued, “The pre-wedding bash in Paris was something we’ve been looking forward to because a big celebration was long overdue.” Talking about the masquerade ball, a guest who attended the bash was quoted as saying, “It was a spectacular event! There was music and dance, fireworks and stunning performances, and the evening was dream-like. Shriya looked every bit a princess and together, she and Anindith make such a gorgeous couple.” (Also Read: 19 Television Celeb Couples And Their Unseen Wedding Pictures Shared By Photographers)

About the Telangana wedding in Hyderabad, since the groom’s family has roots in Telangana, the source shared, “In fact, the father of the groom, Konda Vishweshwar Reddy, who is an MP from Chevella, will be inviting Sarpanches from the villages of his constituency for the wedding. Traditional Gadwal sarees will be given away as gifts for close family members.” For the uninitiated ones, Shriya was earlier engaged to Akhil Akkineni, son of the south superstar, Nagarjuna in December 2016. Shriya and Akhil were supposed to have a May wedding in Italy which was later called off when things didn’t go well between the two. While other rumours suggested that there were issues due to the asset sharing between the families, while some suggested Akhil wasn’t giving time to Shriya. (Also Read: 25 Bollywood Celebs' Stunning Wedding Pictures Shared By Their Photographers) Some reports stated Shriya and Akhil had a huge fight at the Hyderabad airport and three months after their engagement, their wedding was called off. One of Akkineni’s aide revealed, "They had a huge fight at Hyderabad Airport. Initially, we all thought it's just the usual lovers' tiff, but things haven't been the same between them ever since, that's for sure." (Also Read: 14 Unique And Gorgeous Celebrity Wedding Invites For The Couples Who Want To Be A Little 'Hatke)