Bollywood actor, Madhuri Dixit Nene is looking like a gorgeous mommy of two in an unseen picture, which was shared by hubby, Shriram Nene. Check it out!

There is nothing more beautiful than finding someone, who holds your hand in the bumpy journey called life. Every girl dreams of finding her 'mister', who is perfect for her. Someone with whom, her life turns into a 'happily ever after'. It is said that marriages are made in heaven, but not many know that they are made on earth when two people decide to stay together forever, no matter what comes. And a perfect example of such a relationship is Bollywood actress, Madhuri Dixit and her darling hubby, Shriram Nene. (Recommend Read: When Jackie Shroff Received An Award On Stage Holding His Sleeping Son, Tiger Shroff In His Arms)

We all know that Madhuri had decided to tie the knot with the man of her dreams, Shriram Nene at the peak of her acting career. The gorgeousness had left the world of glam and glitz and had shifted to the United States to be with her man. Later, when their kids had grown-up, the duo had come back to India and Madhuri is living her acting dream again. 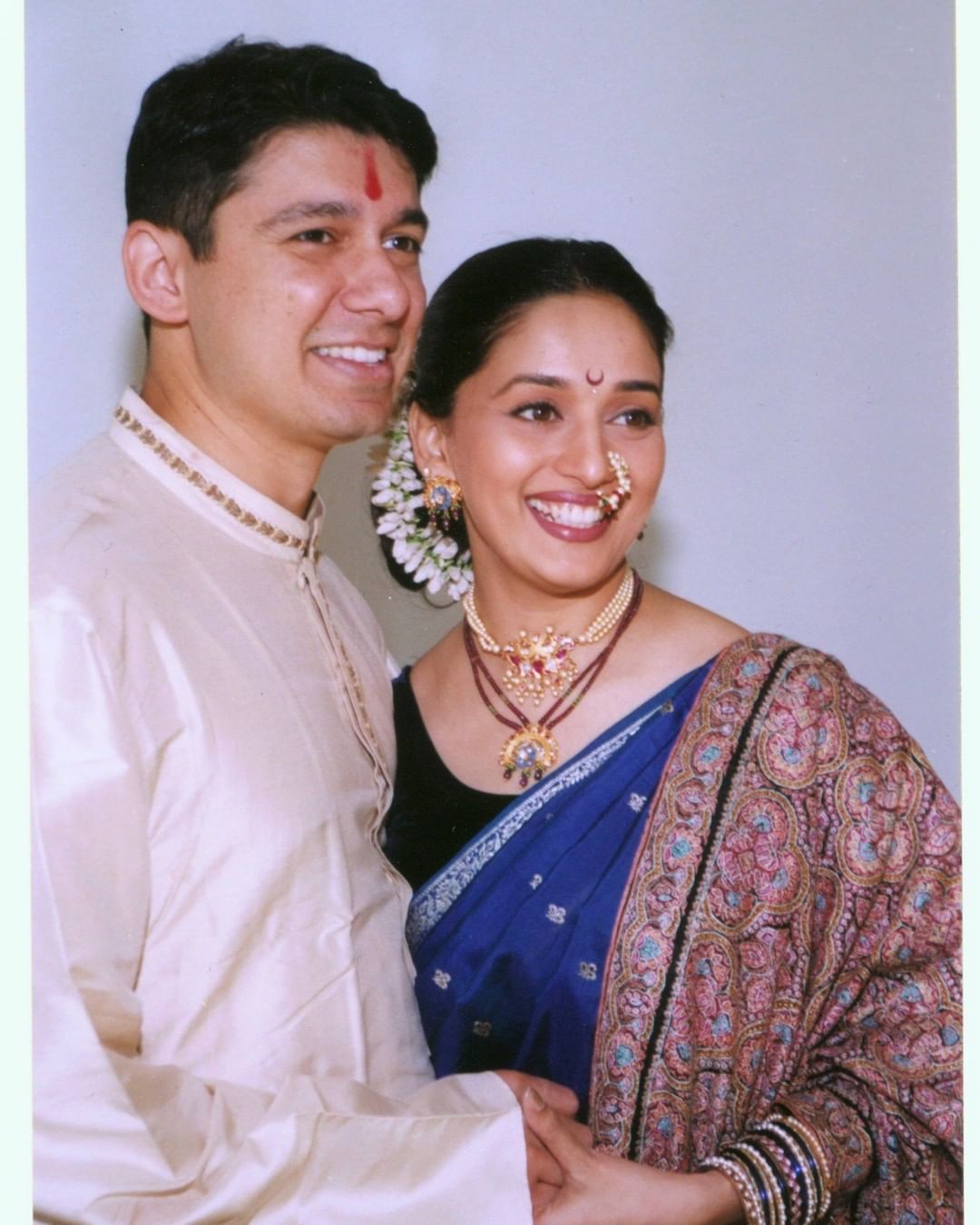 On March 1, 2021, Shriram Nene took to his Instagram handle and shared a rare unseen picture with his wifey, Madhuri. In the picture, we can see Madhuri looking gorgeous in a black tracksuit and no-makeup look. On the other hand, Dr Nene was wearing a white t-shirt and was standing behind their kids. Alongside the picture, Dr Nene wrote, "My oh my, how they grow." Check it out below: 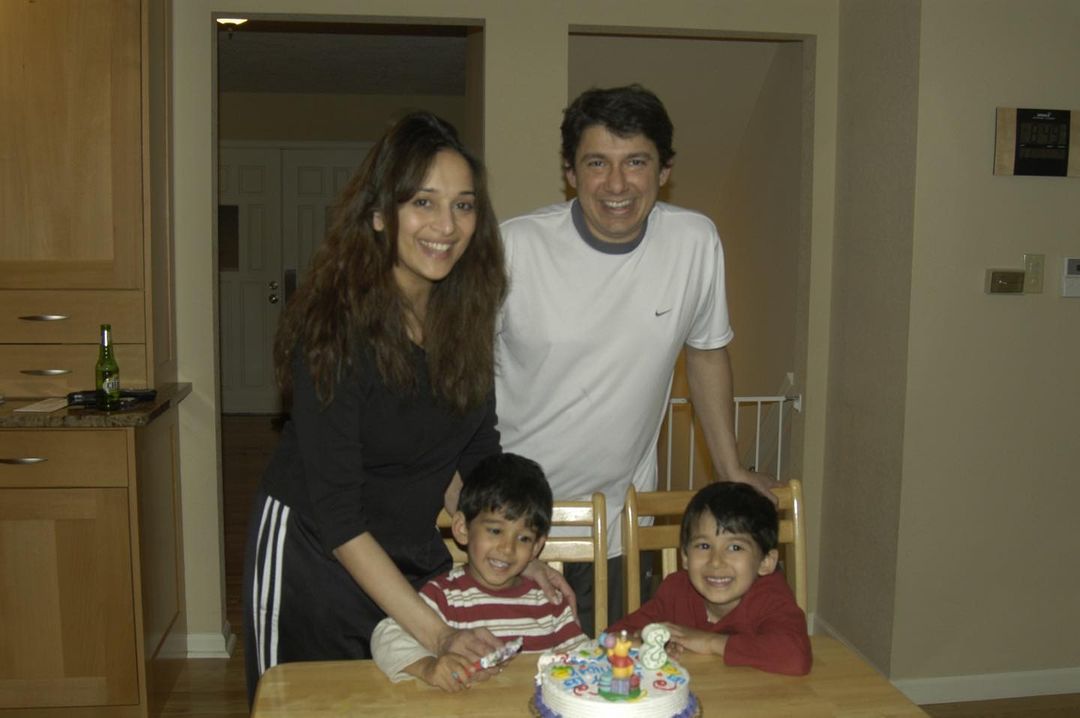 Dr Nene often shares glimpses of his life with his wifey, Madhuri on his IG handle. A couple of days ago, we had spotted him cooking a homemade pizza for Madhuri. In the picture, which he had shared, we could see him giving a bite of pizza to the actress. Along with it, he had written, "Homemade pizza anyone? Coming up on my YT channel soon...what’s your favourite dish?" (Also Read: Shahid Kapoor's Hilarious Good Morning Message To His Wife, Mira Rajput Kapoor Leaves Her Speechless)

On December 15, 2020, Madhuri had shared a glimpse of her family jamming night, which they had started in the lockdown. The actress had taken to her Instagram handle and had posted a sneak-peek of her fam-jam session, wherein the entire family was seen playing different instruments together. Alongside it, she had written, "A family that plays together, stays together. Come share our joy in this family jam session. Hope you like it."

In a throwback interview with Simi Garewal for her show, Rendezvous with Simi Garewal, the actress had revealed that she used to wake up early just to cook for her husband. She had stated, "I used to make breakfast for my husband when he was in cardiovascular surgery. I used to wake up at 5:30, make breakfast for him, of course, he used to leave for work and I used to go back to sleep for some time. I savoured every minute of it." (Don't Miss: Soha Ali Khan Shares Goofy Photos With Her 'Walking Buddy' Inaaya Naumi Kemmu While Exploring Nature) 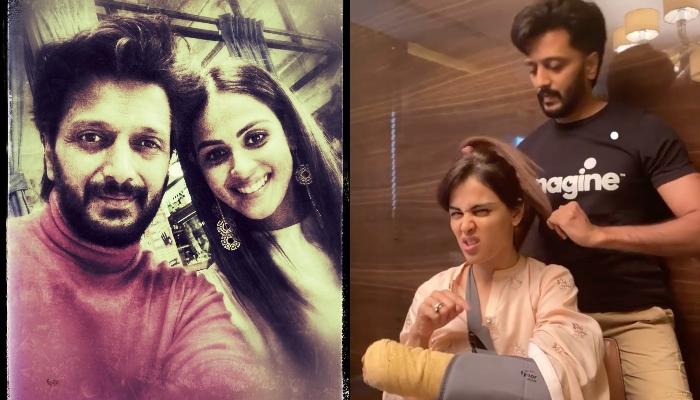 Recently, Bollywood actress, Genelia Deshmukh had gotten injured and had broken her hand while skating, and her darling hubby, Riteish Deshmukh was seen tying her hair in a cute ponytail. The couple keeps on giving more and more reason for their fans to fall in love with their chemistry by sharing