Because of social media, there are a few family members of the celebrities, who were initially away from the limelight, are now making the headlines. Aishwarya Rai Bachchan's sister-in-law, Shrima Rai, who had renounced her lucrative banking career to become a digital influencer, is one such newfound celebrity. It was years ago when Shrima had met Aishwarya's brother, Aditya Rai at a dinner party where their families had played the role of Cupid. After they got to know each other and a year-long engagement, Aditya and Shrima became husband and wife in a traditional marriage ceremony. Born in Mangalore, India, Shrima was raised in Philadelphia, USA, and it was after her marriage to Aditya that she settled in Mumbai with him.

Shrima Rai is an avid social media user and she often takes it to her Instagram to share pictures of her husband, Aditya Rai and their sons, Shivansh Rai and Vihaan Rai. During an 'Ask Me Anything' session on Instagram in 2018, Shrima was asked how she had told her kids about their bua, Aishwarya Rai Bachchan's stardom. To which, Shrima had replied, "That is never a topic in my house. She is Gulu Maami at home." Despite being related to Aishwarya Rai Bachchan and the prominent Bachchan family of Bollywood, the Rai family has preferred to keep their distance from the limelight and media. But Shrima Rai often shares glimpses of her personal life on her Instagram handle. A few days ago, Shrima had posted a then-and-now collage, which has a picture from 2016 as she held her little one in her arms and the second one was from 2020 as she flaunted her bikini-clad body. Answering some frequently asked questions and revealing that she had normal deliveries in both pregnancies, Shrima had captioned the post as "2016 vs 2020. Frequently asked questions answered below: 1. I had normal deliveries both times without epidural." 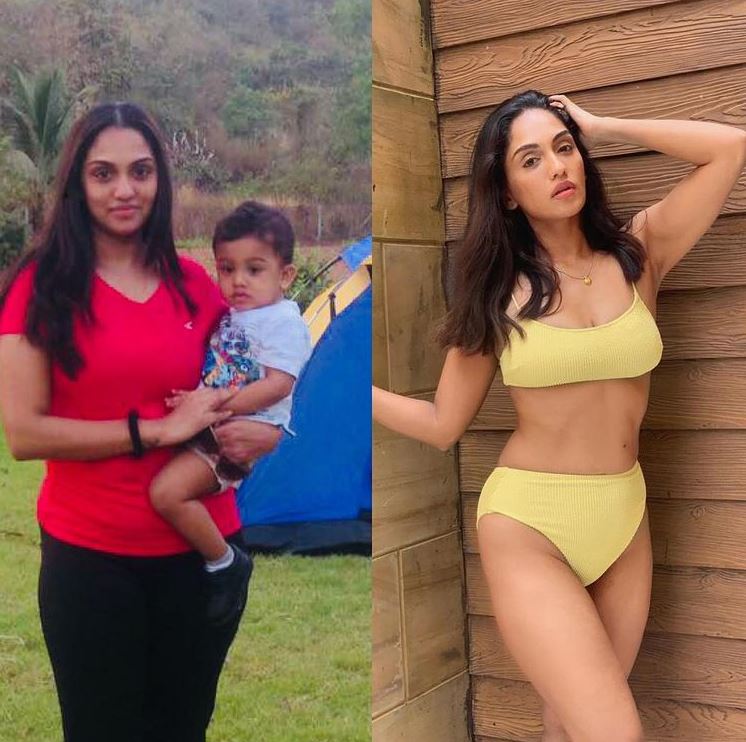 Revealing how she got rid of the post-pregnancy weight gain, Shrima Rai had continued, "2. Post the 1st pregnancy I gained 12 kgs during and after. I lost it all with High Intensity Interval Training and cutting back on junk food. But in the second pregnancy, my hormones changed, I was older and with 2 kids I struggled. I realised that my body had changed and I wasn't able to drop the tummy and thigh fat as easily and my body overall was much softer and flabby. Not blessed with great metabolism now and gain weight if I don't workout and eat sensibly." Shrima had also answered a few questions about her diet and the lockdown routine. 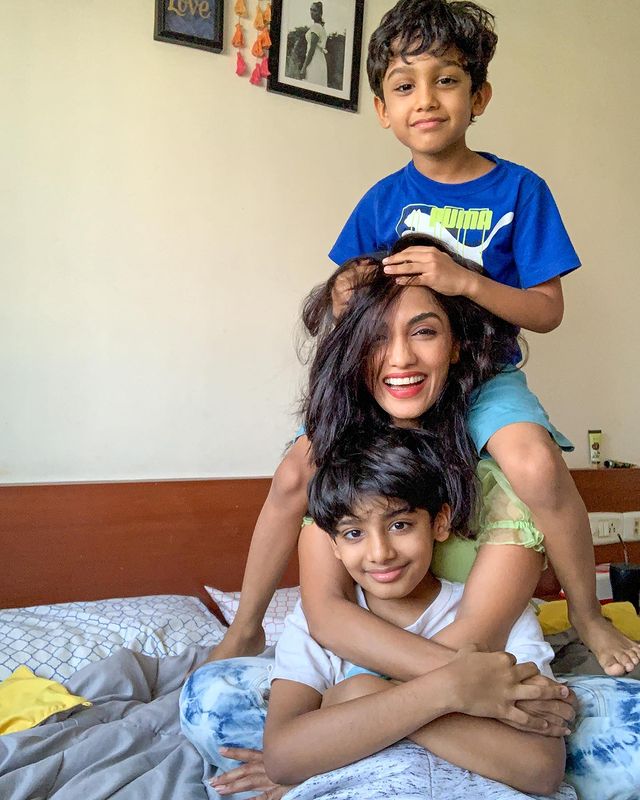 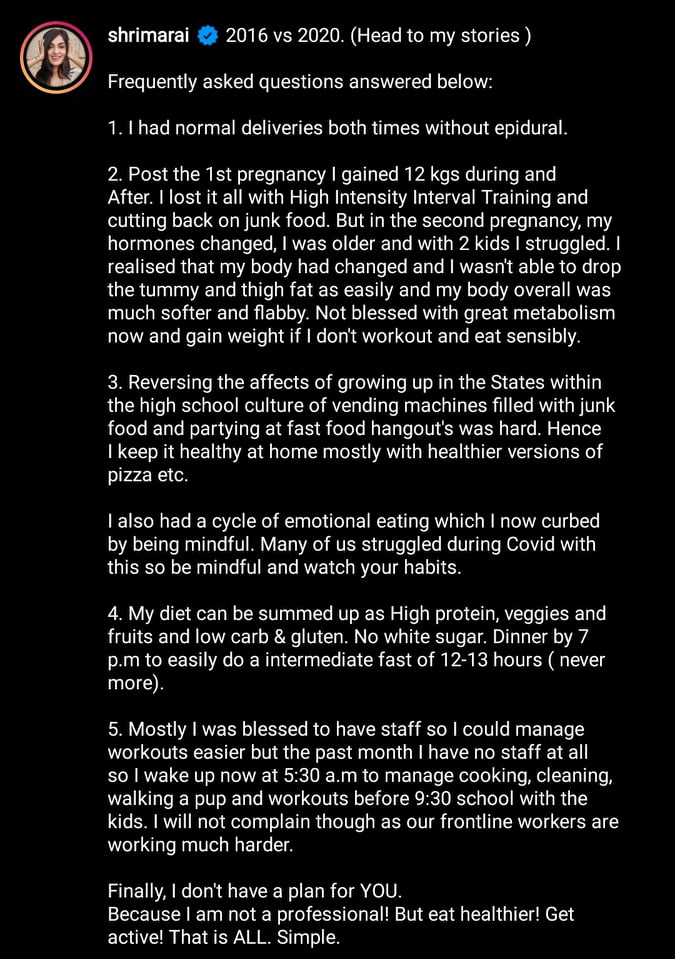 Also Read: When Abhishek Bachchan Gave Savage Reaction To A Fan, Who Expressed His Wish To Marry Aishwarya Rai

Through Amitabh Bachchan, Shweta Bachchan Nanda, Abhishek Bachchan and Aishwarya Rai Bachchan's social media profiles, we often get inside sneak-peeks into the Bachchan family but rarely we have seen them together with the Rai clan in a picture. Scrolling through social media a few weeks ago, we had stumbled upon throwback pictures of the Rai and the Bachchan families, posing together for a picture at Shrima Rai's godh bharai ceremony. The rare unseen pictures had Amitabh Bachchan, Jaya Bachchan, Krishnaraj Rai, Brindya Rai, Abhishek Bachchan, Aditya Rai, Aishwarya Rai Bachchan and Shrima Rai in the frame, posing happily for a family portrait. The entire family had dressed in traditional as they had come together to shower love and blessings on then-mom-to-be, Shrima. 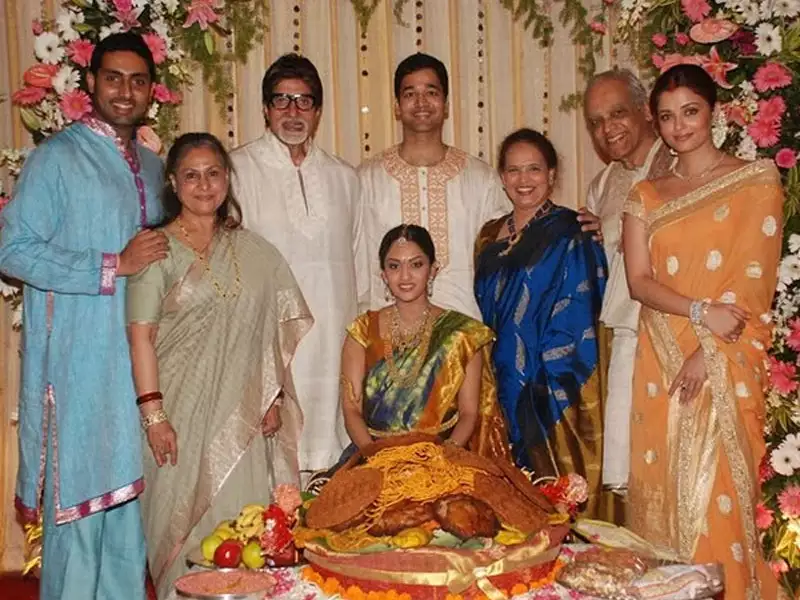 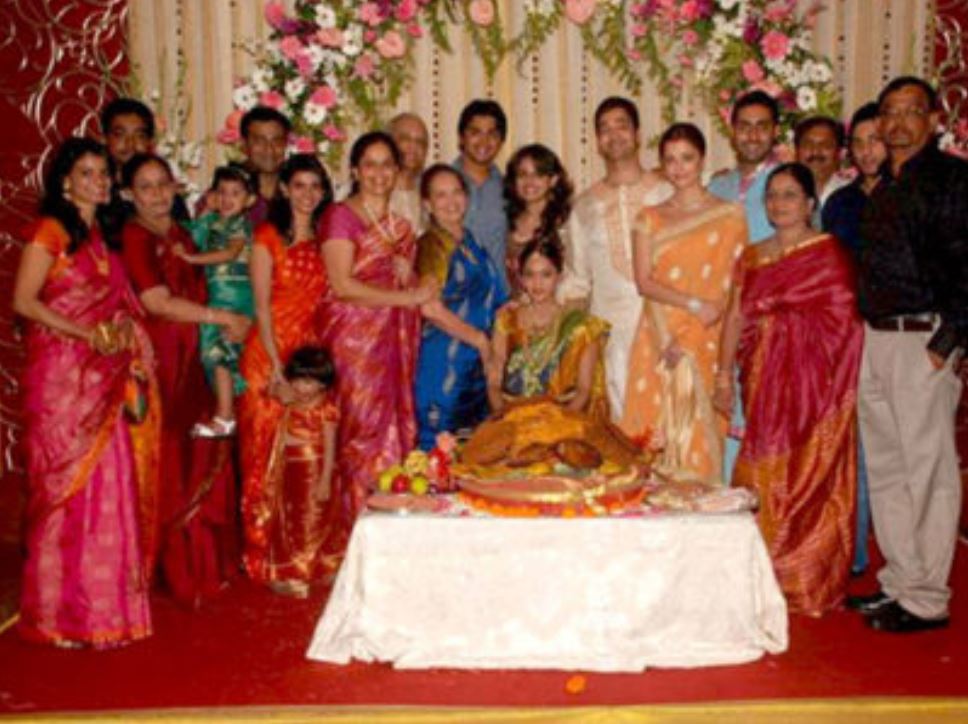 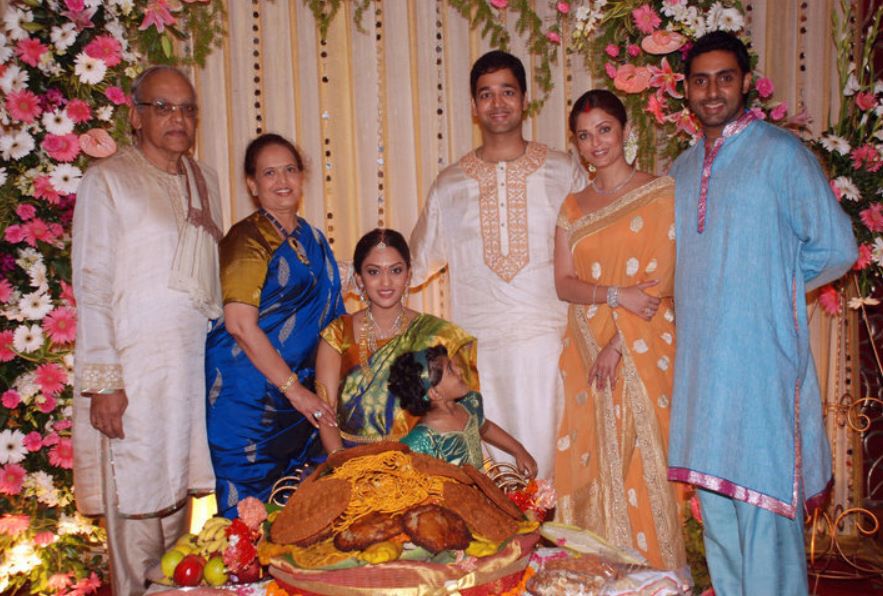 In a throwback interview with Pinkvilla, Shrima Rai had spoken about how she met Aditya Rai and described the Rai household, including her mother-in-law, Brindya Rai. Speaking about how she met Aditya, Shrima had said, "Aditya and I met through mutual relatives of relatives. We met at a party and couldn't stop talking for hours ..we took a few months to know eachother..a year long engagement and then the grand traditional marriage. He's def. the one for me and has supported me through out." Revealing that theirs is a normal household, Shrima had continued, "People assume it to be this very glamorous, filmy" type of atmosphere but it's the very opposite. It's your typical normal household with the usual comedy, drama and romance." To describe her mother-in-law, Shrima had remarked, "She's a very reserved but strong woman." We wish to see more such beautiful moments of the Bachchan and Rai families together!