After a couple of flop films, she broke the box-office with her 2013 film, Aashiqui 2. Since then, there has been no looking back for Shraddha Kapoor. And now, she is all set to appear as the lead in tennis star, Saina Nehwal’s biopic. But as soon as the shooting of the film kicked off, Shraddha took ill and suffered from dengue. But now she has recovered and is back on the sets. (You May Like: Sushmita Sen's Boyfriend Rohman Shawl Calls Her 'My Jaan' In His Warmest Birthday Wish For Her)

In her latest Instagram post, she has expressed her gratitude to her well-wishers and her team. Her post goes like this, “As I have returned to shoot after a debilitating spell of dengue, I just wanted to share that I feel deep gratitude. My family and loved ones have been my backbone, support and healing energy through this recovery. You all know who you are. I feel like the luckiest girl in the world to have been showered with love, care and compassion, every moment of the way.” 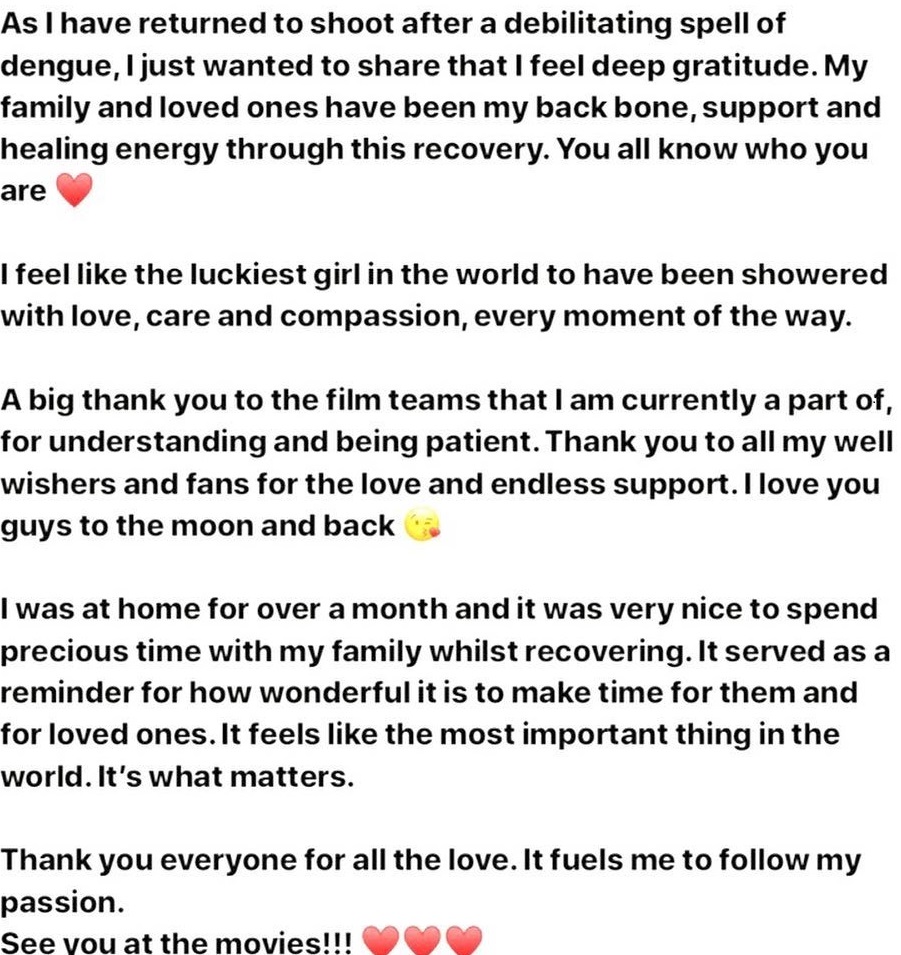 And it further states, “A big thank you to the film teams that I am currently a part of, for understanding and being patient. Thank you to all my well-wishers and fans for the love and endless support. I love you guys to the moon and back. I was at home for over a month and it was very nice to spend precious time with my family whilst recovering. It served as a reminder for how wonderful it is to make time for them and for loved ones. It feels like the most important thing in the world. It's what matters. Thank you, everyone, for all the love. It fuels me to follow my passion. See you at the movies!” 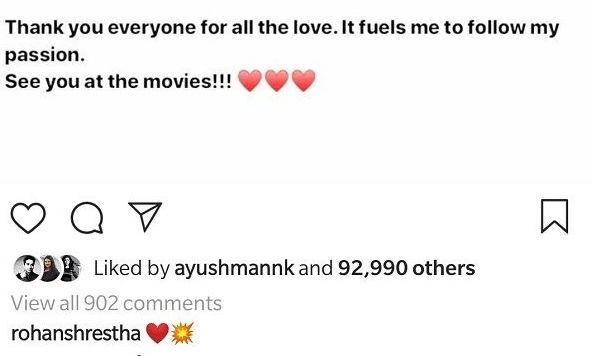 Now, if the buzz in the media is to be believed then Shraddha Kapoor is dating Rohan Shrestha. Rohan is a celebrated and renowned photographer. Reportedly, the two are childhood friends and now something is brewing between the two. And guess what? Rohan has also left a heart emoji as a comment on Shraddha’s post. 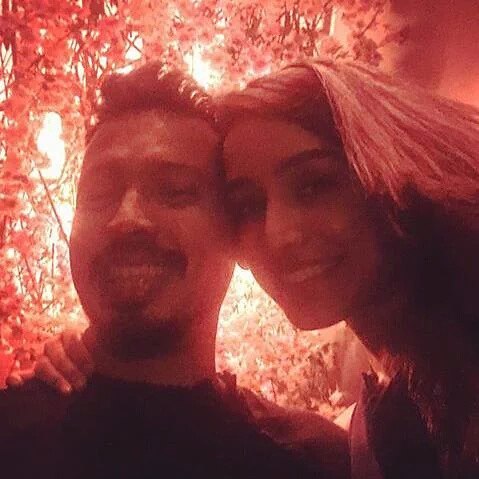 Cute, right? Recently, in August 2018, Rohan was asked by a leading daily if he is dating Shraddha, and he replied, “We have been extremely close for the last 9 years, but NO, I am not dating her. I met her at a party and we instantly hit it off. First impressions I definitely thought she was cute, but have only remained best friends ever since.” (Don't Miss: Sara Ali Khan Reveals Papa Saif And His Ex-Wife, Amrita Are Happier Now Than When They Were Married) 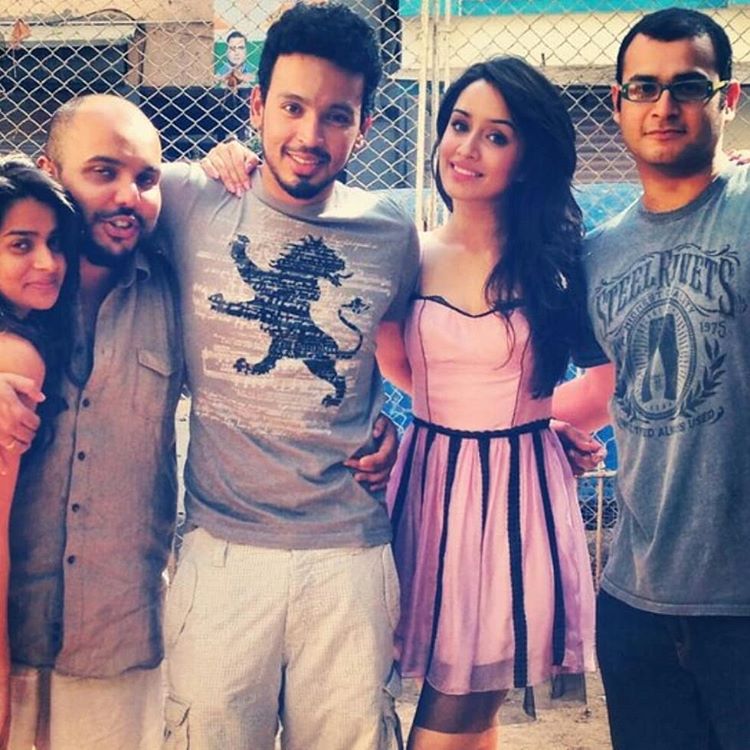 We all know that earlier, in the year 2016, Shraddha was rumoured to be dating her Rock On 2 co-star, Farhan Akhtar. There were rumours which made the rounds claiming that the both of them are in a live-in relationship. When contacted by an online tabloid, Shraddha commented, “I got a message from someone telling me about this article, and initially, I was amused. While it doesn’t make a difference to me because I know it’s not true, it’s sad that these false stories go so far that people forget we are human, too. Of course, we are actors and there will be people who would probably want to read something gossipy about us, but when it involves my father, my aunt and my co-star, it’s taking it too far.” 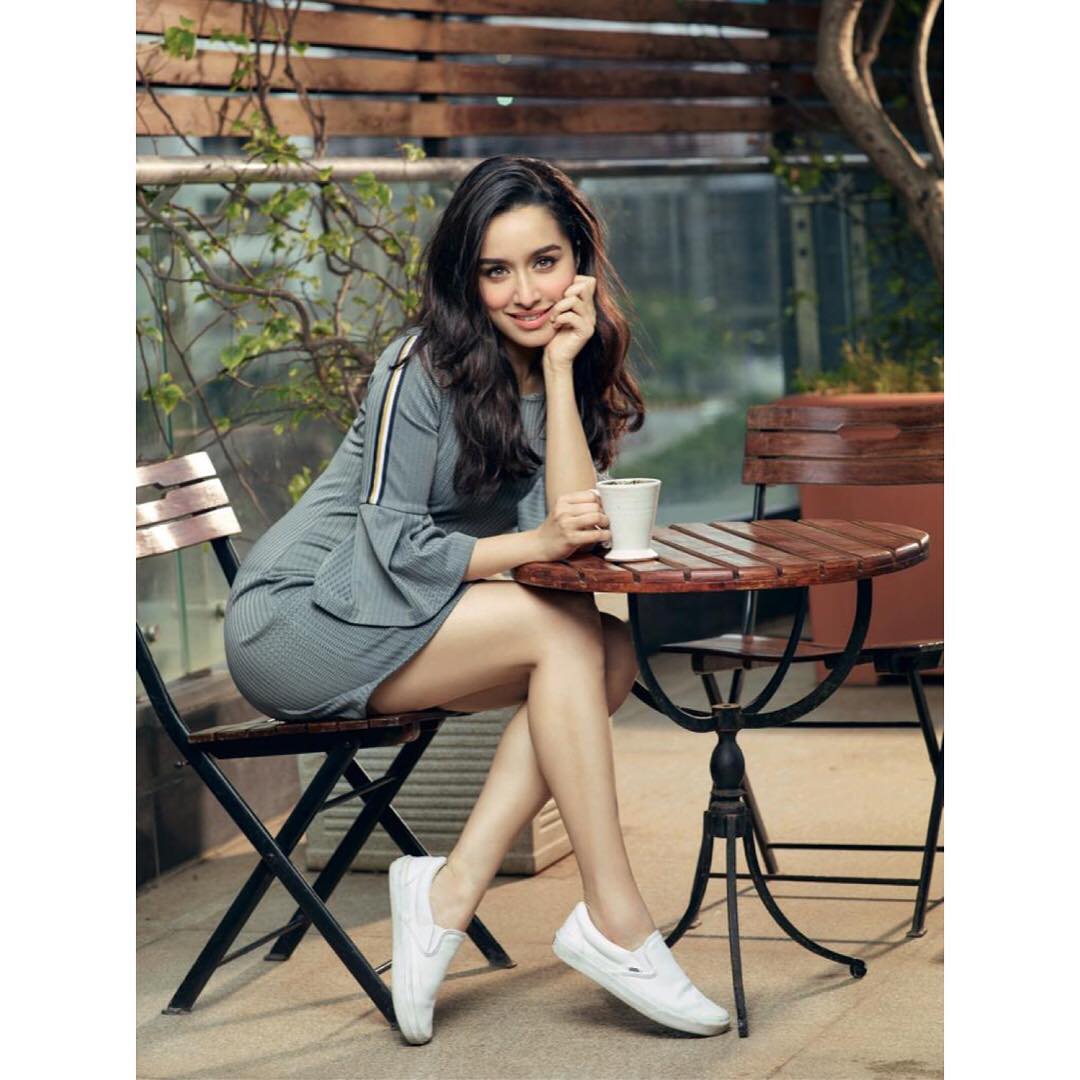 Elaborating further and clearing the air about her live-in status, the Stree actress added, “Yes, I am living in… with my parents! I was born and brought up in this house. It’s a joke within the family that I will bring my husband home (laughs). It’s because I’m so happy living with my family. I have a house of my own where I have my meetings and keep my extra stuff. I have no intention of moving out of my parents’ home and moving into my own apartment, let alone someone else’s! About live-in relationships in general, I believe in live and let live. If it suits somebody and someone is happy, then it’s totally fine -to each his own.” There were reports to an extent that her father, Shakti Kapoor had dragged her out of Farhan’s house. Of course, these were rumours. A year later, in an event, when Shakti Kapoor was asked about Shraddha’s marriage plans, he said, “Every father wants that his daughter will get married in a good and respected family. I wish that she grows in her personal and professional life, but I think as a parent, you have to give some kind of liberty to your children because now that period is gone when parents used to marry their children (to a person) of their choice.” (Suggested Read: Deepika Padukone Holding Her Mother-In-Law Anju Bhavnani's Hands Makes For A Perfect Family Portrait) On the professional front, Shraddha is riding high in life with the immense success of her last film, Stree. Next, she will be seen in Saina Nehwal’s biopic. Talking about the same, the 31-year-old actress recently told IANS, “Saina's parents gave lots of love to me and they treated me like a family when I visited their home, so, it felt really nice to see them here.”

Well, coming back to her alleged boyfriend, if Shraddha and Rohan are dating, they should make it official soon, right? 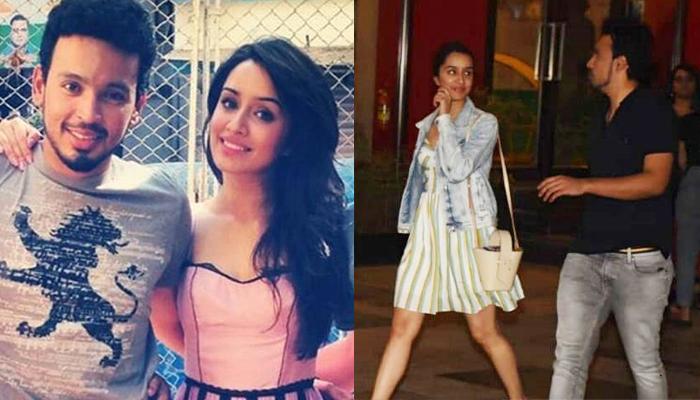 ABCD 2 actress, Shraddha Kapoor is riding high in her life, in both professional and personal domains. The 31-year-old is all set to be next seen in ace Indian badminton star, Saina Nehwal's biopic. And in her personal life, rumour mills are rife that she is dating the celebrity photographer,