Television actor, Shoaib Ibrahim shared a beautiful picture with his wife, Dipika Kakar as he congratulated his wifey on receiving her first YouTube Golden Play Button. Take a look!

Each one of us has our favourite couples from the television industry in our mind, but some couples are simply everyone's favourite. There's one such couple that has taught everyone that love holds no boundaries and never skips a moment to awestruck us with their beautiful chemistry and PDAs. Simar and Prem of the famous show, Sasural Simar Ka, Dipika Kakar and Shoaib Ibrahim had fallen for each other while working on the show and had decided on forever. (Recommended Read: Ex-Bigg Boss 14 Contestant, Sara Gurpal Reveals Shocking Truth Behind Eijaz Khan's Liking For Her)

After dating each other for a while, the two had decided to have a nikaah ceremony and had gotten tied in the nuptial knot on February 27, 2018. Since then, everything they do is nothing less than a couple goal. For instance, on June 20, 2020, i.e., Shoaib Ibrahim's 33rd birthday, his doting wife, Dipika had impressed everyone as she had baked a cake for him. 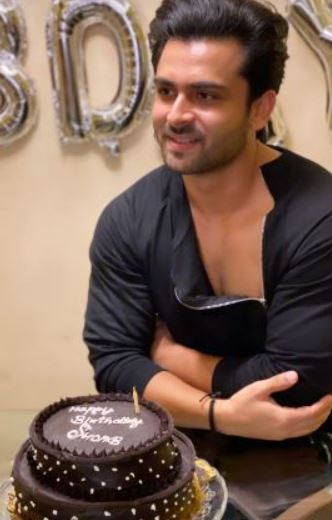 On October 22, 2020, television actor, Shoaib Ibrahim took to his Instagram handle and shared a beautiful picture with his wife and actress, Dipika Kakar as she received her first Golden Play Button from YouTube. On her special day, the dating hubby congratulated his wifey for putting her heart and soul in everything she does. He wrote in his caption, "First @youtube Golden Play Button in Ibrahim family. Thank you so much each and everyone for all the love that u have given to us on this platform. Aap sabke liye dil se dua Allah sabko khush rakhe.. and @ms.dipika proud of you always for the dedication you always show in whatever you do. Congratulations dipi be the way you are. Kyuki tum jaisi ho bahut achchi ho." Take a look: 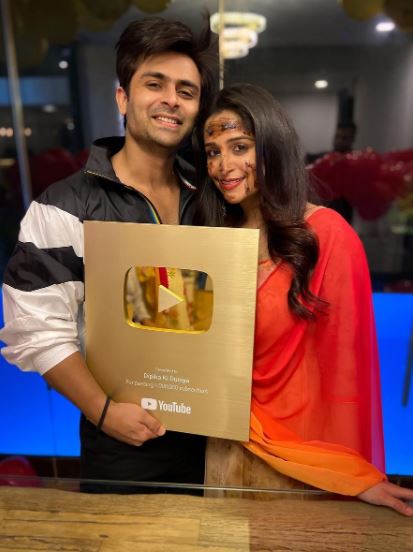 The doting couple never fails to make us fall in love with them again and again with their stunning chemistry. Some days ago, on September 24, 2020, Shoaib Ibrahim had shared a beautiful picture with wifey, Dipika Kakar from the surprise date he had planned for her on their family vacation to Lonavala. In the picture, while Dipika was sitting on the chair smiling for the camera, Shoaib was standing behind her, posing for the camera. And just like that, they had stolen our hearts, yet again. Take a look: (Don't Miss: Maanayata Throws Another Birthday Party For Shahraan And Iqra As Sanjay Wins Battle Against Cancer) 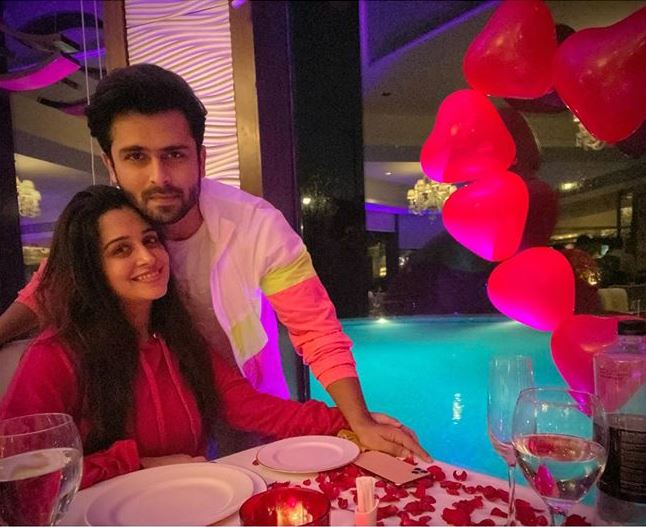 On September 30, 2020, Dipika had posted a hilarious picture with Shoaib. In the picture, the duo was seen dressed up in their tracksuits. Alongside the photo, Dipika had written, "@shoaib2087 trying his best to get me "jogging" #lazyme." No doubt Shoaib is a doting husband, who always inspires his wife to stay fit. Last year, in an interview with The Times of India, Dipika had opened up on the same. She had shared, "Shoaib, definitely! He has been on my head, saying, "He has motivated and pushed me to follow a diet and workout. That's how I have lost weight and looking fresh. I am following the keto diet, and it is very strict. Though there are a lot of options, you can only eat limited food." (Also Read: Tina Ambani Wishes Isha Ambani And Akash Ambani On Their 29th Birthday, Shares How They Were As Kids) 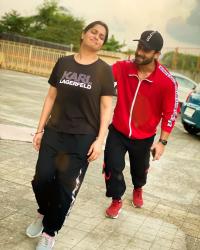 Congratulations to Dipika on getting YouTube's Golden Play Button!