To have a sister-in-law is like having a new sister and friend through marriage. Whether she is the wife of your brother or sister of your husband, the bond of sister-in-law cannot be written in words. Former Bollywood actress, Shilpa Shetty shares a similar kind of relationship with her husband, Raj Kundra’s sister, Reena Kundra. (Recommend Read: Alia Bhatt Gives An Emotional Speech At Her Childhood BFF's Wedding, Video Inside)

Shilpa was the happiest when Reena tied the knot on February 23, 2019, and she danced her heart out at her every function. On February 24, 2019, the actress took to her Instagram account to pen down a special note for the new beginning of Reena’s life. She posted a few pictures from the wedding and along with it she wrote, “These pictures are the most heartwarming and encouraging.. Congratulations my darling sister @reena.kundra not just on this marriage but on always being so #brave.” Take a look at the adorable pictures below: 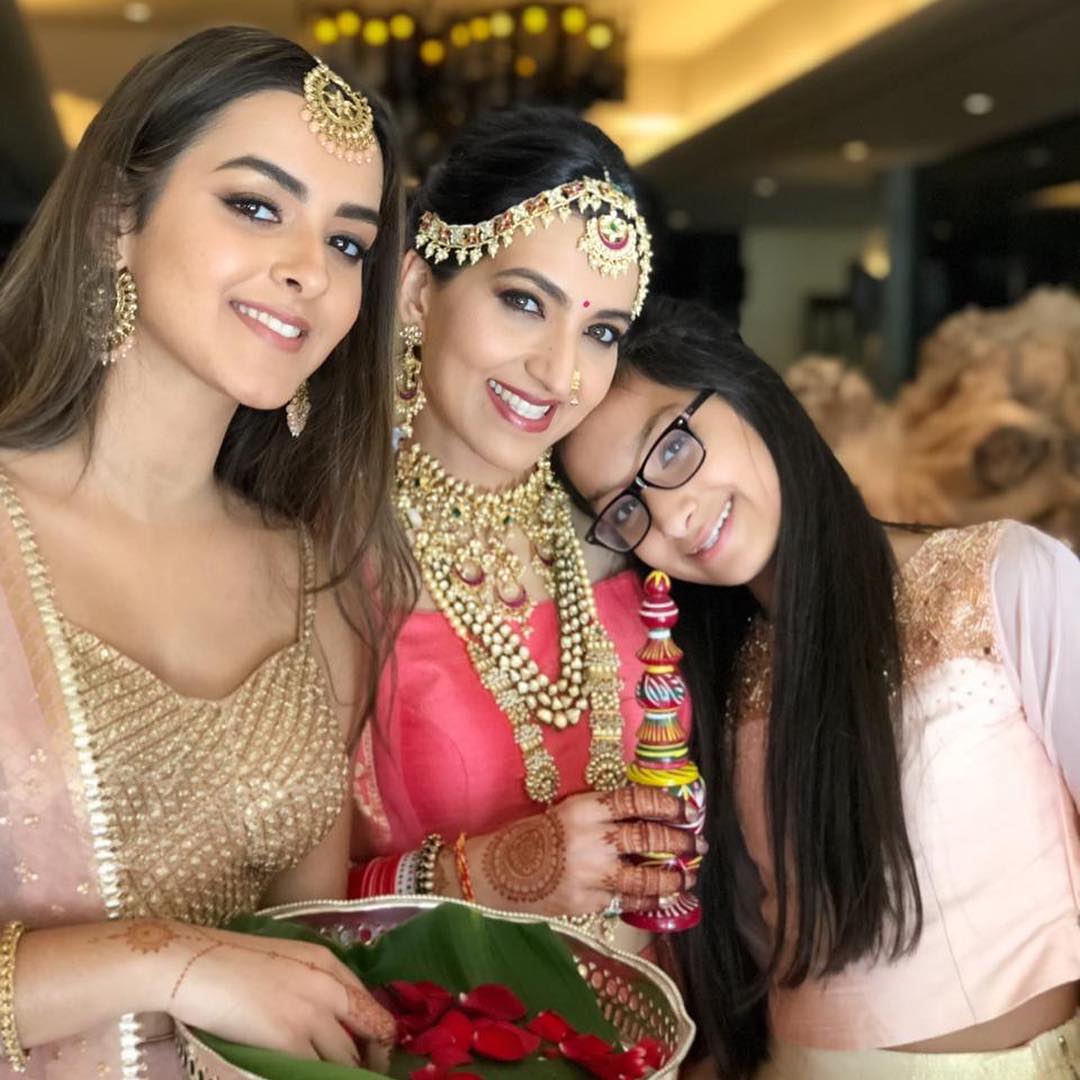 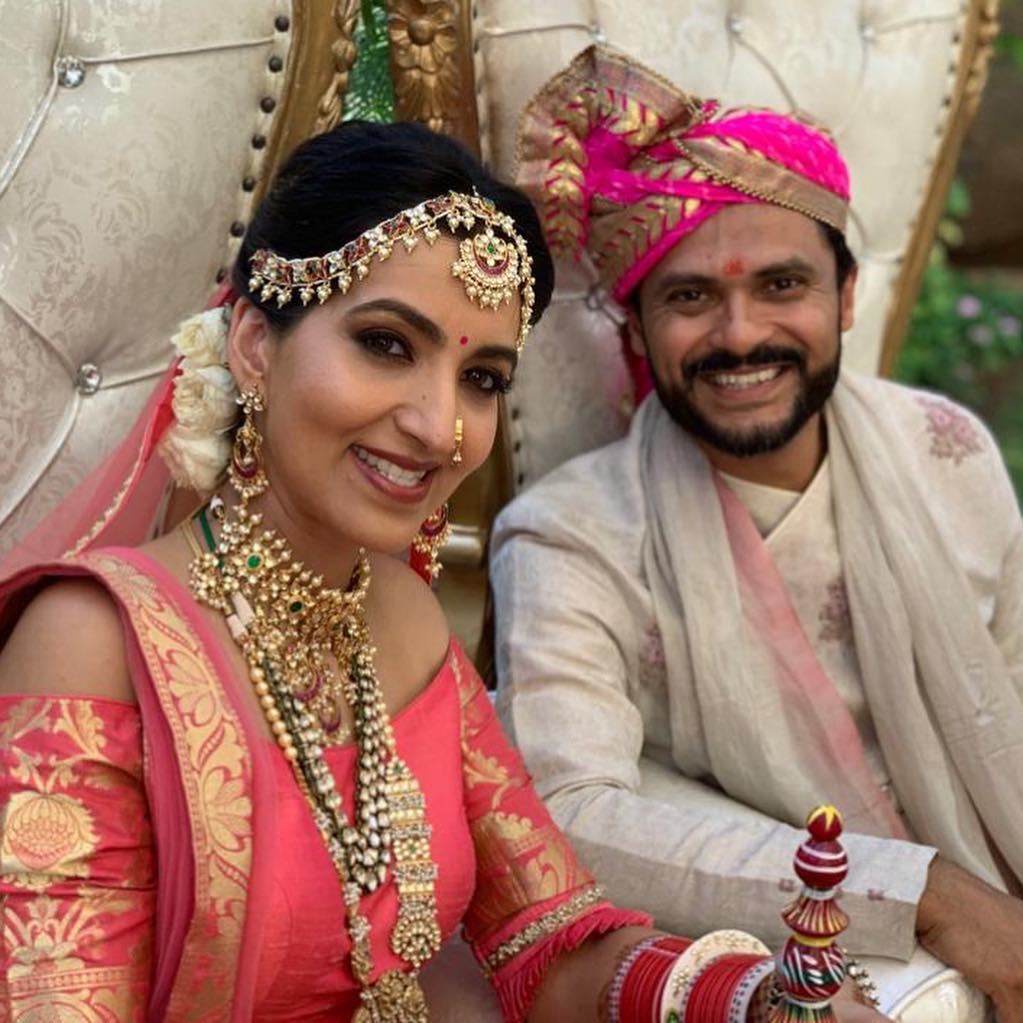 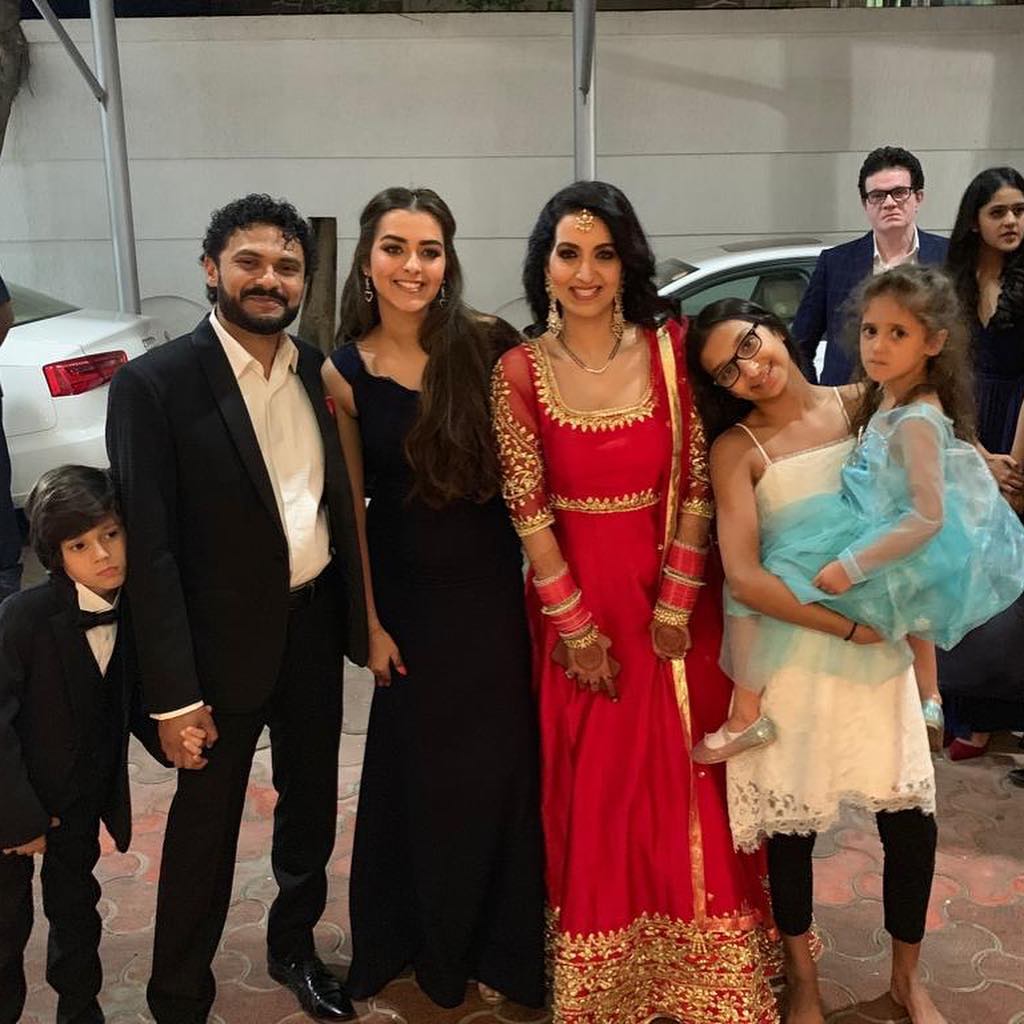 She further wrote about her struggles and how strongly she dealt with them. The post further reads, “You have always dealt with the cards “life” dealt you with utmost dignity and strength, being a single parent is twice the work, stress, sacrifices and tears ( and you have 2)but you took it head on, you deserve double the pride, hugs and love. You have always been a giver..to see you find love makes me BELIEVE in the Law of Karma. This is so inspiring for all those people who think its the end of the road with a failed marriage and kids, #LOVE can happen anytime, anywhere ..if you keep the faith. Welcome to the family #Anshul and Good luck !! Now on its HUM DO, HUMARE CHAR ( with your 2 kids too) Wishing you miles of smiles, love and happiness.” (Also Read: Janhvi Kapoor Shared An Emotional Note For Her Late Mother Sridevi On Her First Death Anniversary) 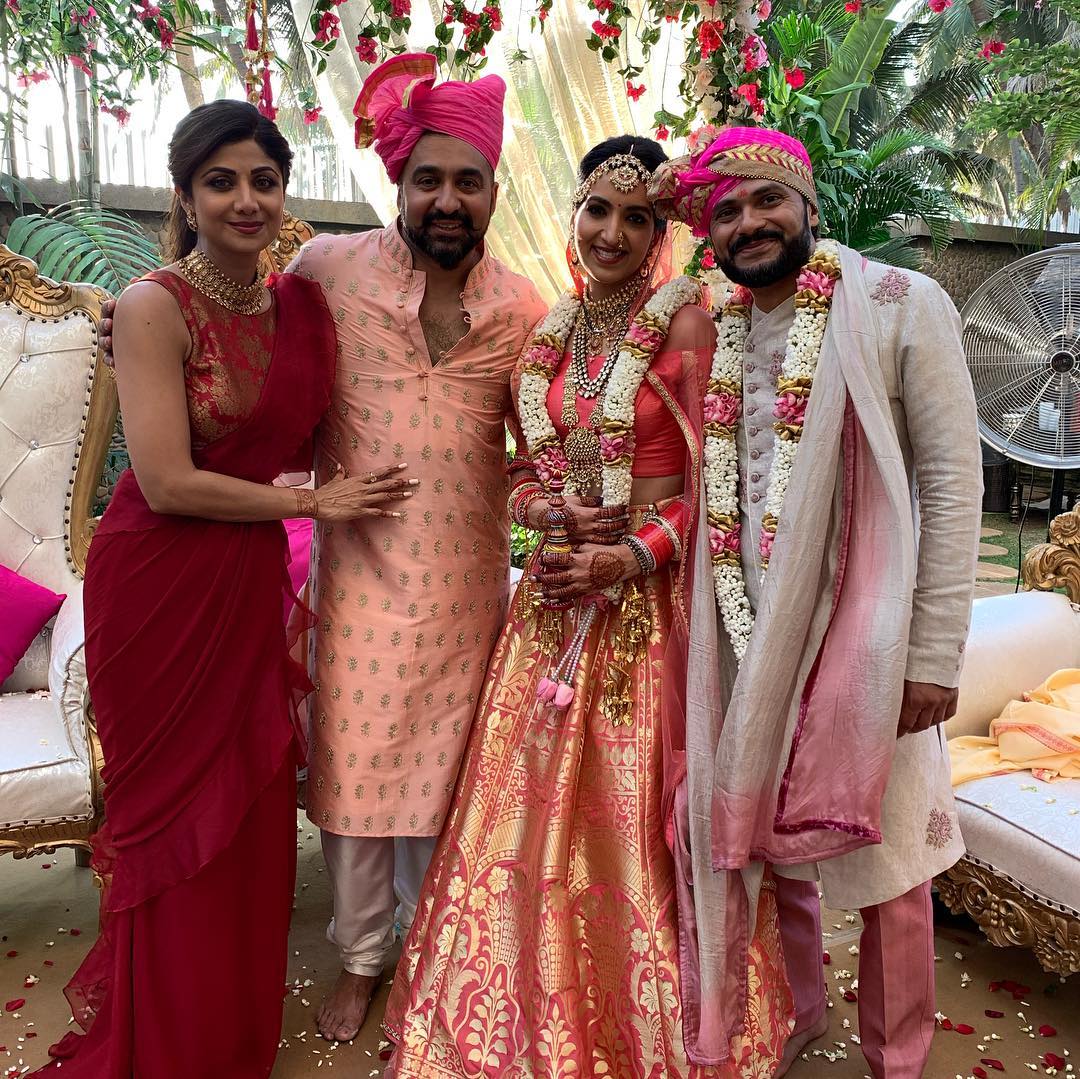 For those who don’t know, Shilpa and Raj’s love story was nothing less than magic. The couple met in 2008 and felt the connection instantly. However, it was later that the two expressed their feelings and started dating. In an interview, Shilpa had talked about her relationship, and had stated, “I am dating somebody. I hope he will be the one, but I don’t want to say too much because it is still very early on in our relationship.” She further said, “He respects and understands what I do, and it is nice to be cared for. I have been very lonely for a very long time, and it is nice to know I have somebody to look forward to seeing at the end of the day.” In a throwback interview with The Times of India, Shilpa talked about her equation with Raj and how he is a doting daddy to their son, Viaan Raj Kundra. She had said, “I met Raj at a time in my life where I was riding this wave with the Big Brother success. He lived in London with his parents who had told him about me, ‘Yeh Shilpa Shetty aayee hai aur usne Indians ka naam ooncha kiya hai.’ He came to my hotel and the first thing was that he came and touched my mother’s feet even though he was a Londoner. And that sums up the person he is. He is very respectful and treats my parents like his.” 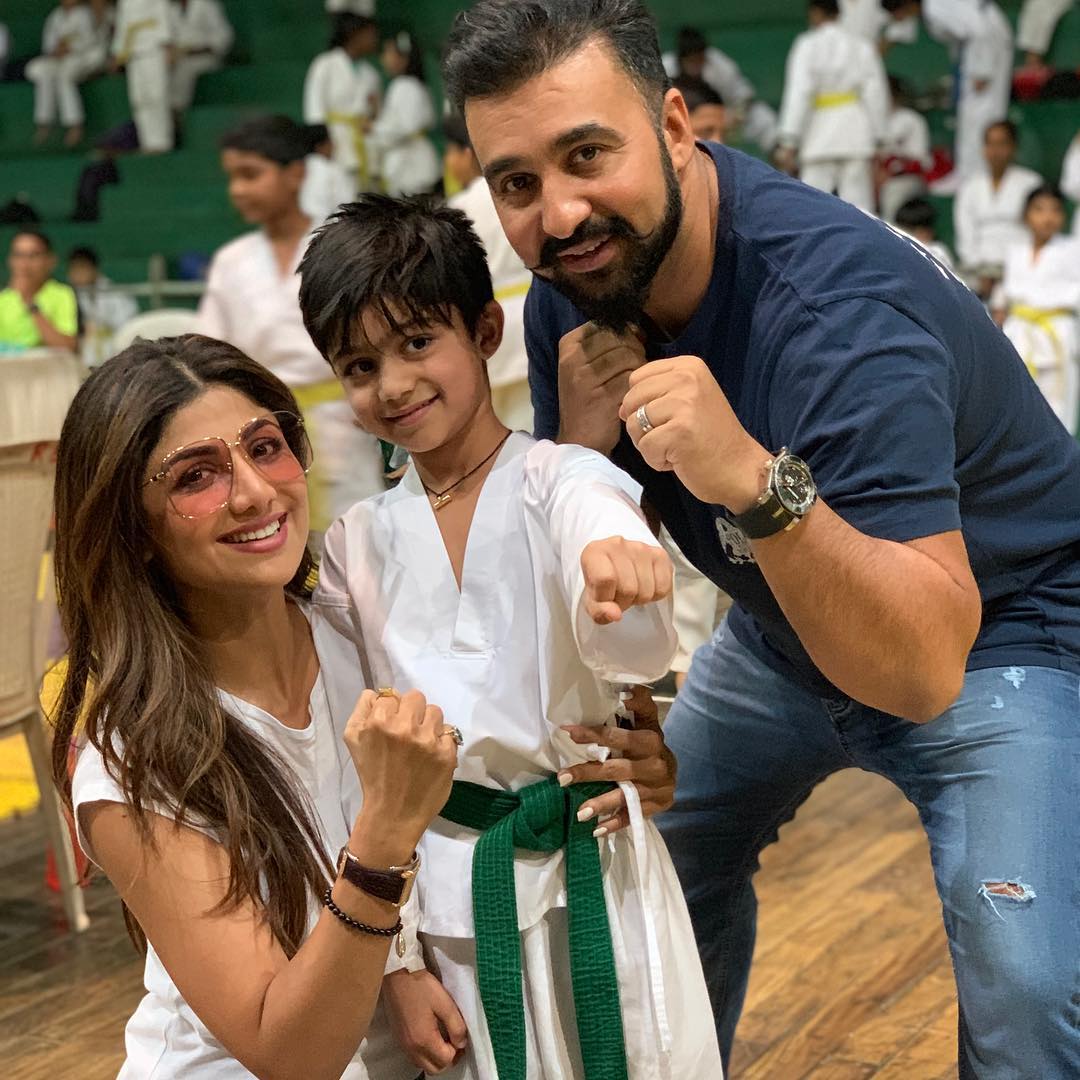 She has further said, “He is also an excellent son and I had thought, great husband, but he surpassed that with Viaan. I may do everything for Viaan, right from cleaning his potty to singing nursery rhymes, but the moment Raj will walk in, his focus shifts to him. Raj is a hands-on father and is happy to take him to the mandir alone or take a day off to be with him, if I am working. What I love most about Raj is that he is self-made and very hard-working and humble despite all that he has achieved at just 38. He is real and what you see is what you get and he has a great sense of humour. Because he is self-made, he says ‘even if I lose everything, I will make it back’ and doesn’t get attached to anything. I am happy I married a man I respected. Bluntly put, anyone who felt that it was a good catch for me, would change their mind if they met him.” (Don't Miss: Shilpa Shetty's Husband Raj Kundra Shares The First Picture From Sister Reena Kundra's Wedding)

Well, we wish Reena and Anshul an eternity of togetherness!