Bollywood actress, Shilpa Shetty Kundra was one of the finest actresses of her generation. The sassy ‘UP-Bihar’ girl never had an easy ride in Bollywood. But, she had managed to rise above all and created a perfect fairy-tale for herself. From being a talented actress to being a doting mommy to being a working woman, she does everything with sheer perfection and balance. In between managing work and home, she never neglects her and her family's health. Also, she keeps on sharing inspiring workout videos and healthy recipes on her Instagram handle for all the women, who consider health and fitness a priority. (Recommended Read: Pankhuri Awasthy Reveals She Had Found Her Hubby, Gautam Rode Arrogant In Their First Meeting)

Truly, she’s an inspiration for every single woman out there. But what makes her an incredible human is her exceptional love and respect for her mother. The actress never skips a moment to tell the world how much her mother means to her and today on her birthday, the actress has poured her heart out in front of everyone. Scroll down to see her lovely wish. 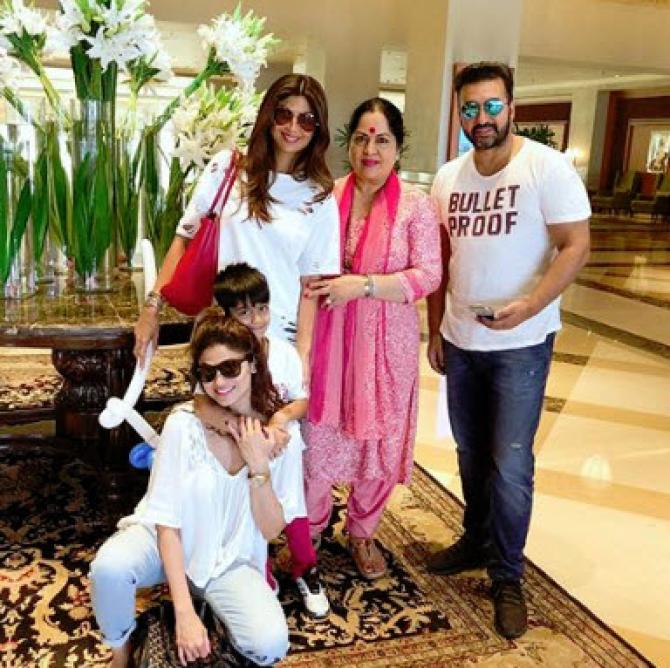 On June 20, 2020, Shilpa Shetty Kundra took to her Instagram handle and posted a lovely picture of herself with her mother, Sunanda Shetty. In the picture, we can see the actress wrapping her arms around her mother’s neck and giving her a sweet peck of love on her head as her mother poses with a bright and beautiful smile for the camera. Along with this adorable picture, Shilpa Shetty Kundra poured her heart out and admitted that her mother is her real strength and it can be read as “Someone up there was mighty pleased with me... He gave me You, to make me the best person that I can be! For loving me unconditionally, yet reprimanding me still for every faux pas, for praying for me religiously and being the wind beneath my wings... I just want to say, I'm grateful for you, Ma! Happy Birthday to the one person who is my world... my everything! Love you @sunandashetty10.” Shilpa's doting hubby, Raj Kundra also posted a warm note for his mother-in-law and it can be read as "A mother gives you life but a mother in law gives you her life. Thank you for trusting me with your daughter, for supporting me and always bestowing unconditional blessings on me. Happy birthday @sunandashetty10 Ma I wish you Love, Peace, Happiness and Mangoes forever." Take a look. 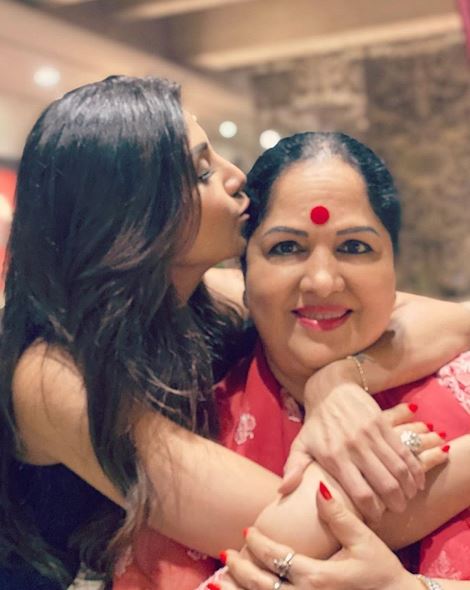 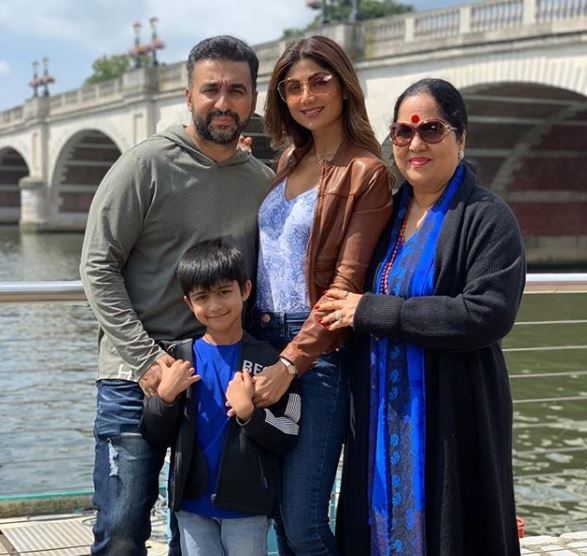 Well, we all are aware of the immense love and respect that Shilpa Shetty holds in her heart for her mother. Because time and again, she has showered praises on her mother in numerous interviews and Instagram handles. However, not a lot of people are aware of the story that Sunanda Shetty had gone through a lot of tricky circumstances during the birth of her daughter, Shilpa Shetty Kundra. During one of the episodes of the dance reality show, Super Dancer, while watching a 9-year-old boy, Dev Varshney’s performance, Shilpa had revealed a shocking truth about her birth. Shilpa had said that when she was about to enter the world, doctors had said that she would not be able to see the light of the day. Further, sharing the details, Shilpa had also revealed that the doctors had informed her mother that even if the baby (Shilpa) was born, it would not be normal. At the time, it was her mom, Sunanda Shetty who had faced one of the toughest decisions of her life, whether or not to go ahead with her birth, which could have altered Shilpa’s life altogether. Here’s what Shilpa had remarked, “When my mom was pregnant with me, the doctors had said I will not survive since my mother was bleeding continuously for six months. They also said that the child will not be born normal. But the mother decided that she would go ahead with giving me birth. I believe that my mom was so firm about her decision because she had the faith that she would give birth to her baby, despite what the doctors said. She believed if I survive this, I will be a born survivor.” 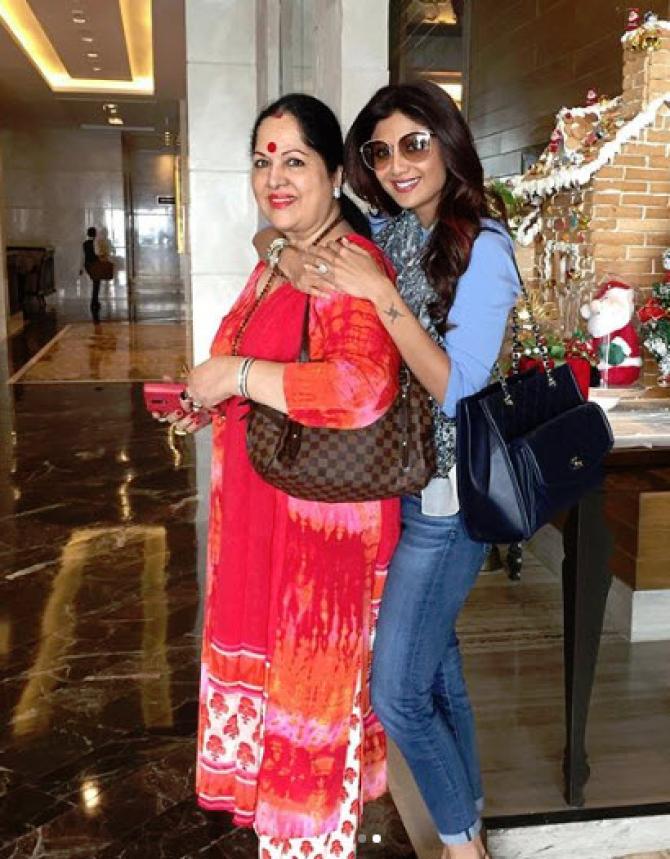 Many of you will agree that the courageous decision taken by Sunanda Shetty wasn’t at all surprising because that’s what mothers do all the time. They never think about anything else, other than the safety, happiness, and life of their child. Sunanda Shetty has clearly shown that a mother is simply a part of God as they never think of their life when it’s about their kids and family. 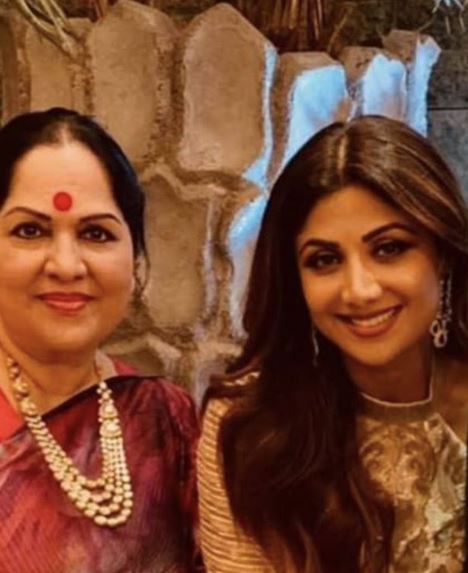 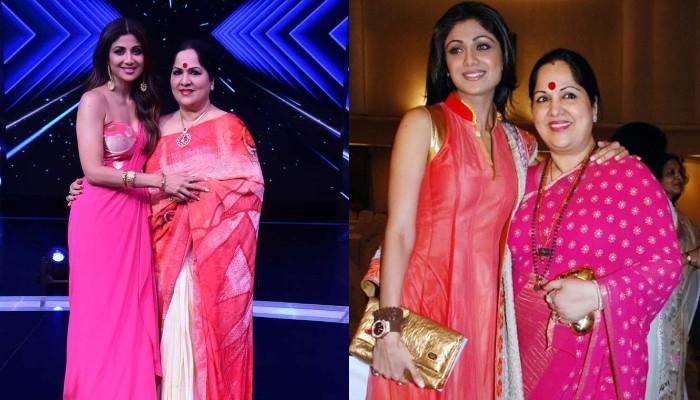 It seems like the troubles in Shilpa Shetty Kundra's life were waiting for the right time to enter together at the same time. At first, she is going through a tough time since her husband, Raj Kundra's arrest in the pornographic case and now it is her mother, who has landed herself in trouble. Shilpa