Bollywood actress, Shilpa Shetty Kundra was spotted with her husband, Raj Kundra in their brand new luxury car and its price is making their fans numb. Find out why!

One of the most admired doting parents of the entertainment industry, Shilpa Shetty Kundra and Raj Kundra never shies away from spending time with their kids, Viaan Raj Kundra and Samisha Shetty Kundra. Still, at the same time, the two also take care of each other's happiness and needs as individuals. That is one of the reasons why they still radiate the glow of teenage love on their faces, after all these years of married life. From going on dinner dates to doing a lot of entertaining stuff with each other, Raj and Shilpa are nothing less than a textbook couple, who never gets old. (Recommended Read: Priyanka Chopra Reveals How She Once Spied On Nick When He Took Her Mom, Madhu Out For Lunch)

For the uninitiated, on November 22, 2009, Raj and Shilpa had become each other's forever and had embarked their journey of 'happily ever after'. Shilpa and Raj have blissfully shaped their 'happily married life' and were blessed with a baby boy, Viaan in 2012 and on February 15, 2020, baby girl, Samisha had completed their family forever. Bollywood actress, Shilpa Shetty Kundra and her husband, Raj Kundra were spotted recently at Mumbai with their brand new luxury car, Mercedes-Benz V-Class. The high-end car is breathtakingly stunning in every sense, from its drop-dead black colour, to its mesmerising interior, and sitting capacity, there's no doubt that their expensive black minivan is an epitome of royalty. The Mercedes engine is quite robust and is 1950 cc - 2143 cc and justifies its jaw-dropping prince ranges from Rs 71.10 lakhs to Rs 1.46 crores. The husband-wife can be seen twinning in black with their new family member, as they posed for the paparazzi for the first time with their luxury car. We can also spot Shilpa Shetty's mother, Sunanda Shetty sitting inside the car with a bright smile on her face. Take a look: (Don't Miss: Mira Rajput Kapoor Flaunts Her Perfectly Toned Body In A Bikini, Her Caption Is Winning The Internet) 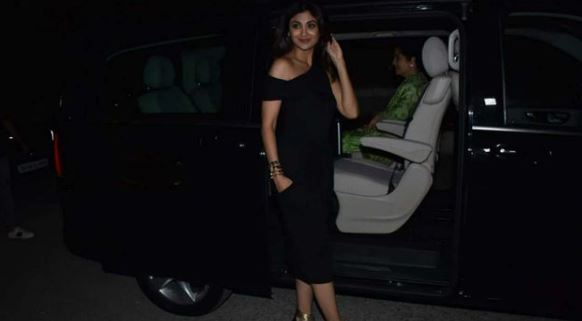 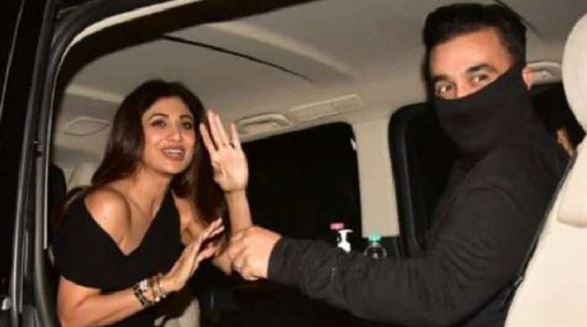 On one side, Shilpa Shetty Kundra and Raj Kundra share a common passion for luxury cars, on the flip side, they're also quite humble in real-life and always appreciate finding happiness in little things. A glimpse of the same, we had witnessed when a few months ago, a magazine had published an article that Shilpa and Raj had bought a Lamborghini sports car for their son, Viaan on his 8th birthday. After which, Raj had slammed the article sharing it's link on his Twitter handle. Raj had called it 'badly researched article' and had clarified that the car he had gifted to his son was a toy car. His tweet could be read as "Such a credible magazine but such a badly researched article! Kindly mention the Lambo was a toy Lambo car! #fakenews slow clap." Take a look: 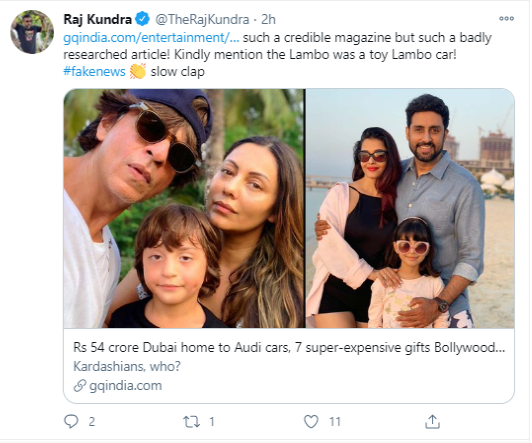 Shilpa Shetty Kundra has always talked about giving normal life to her son, Viaan Raj Kundra in every interview. In an interaction with the Bombay Times, Shilpa had talked about what a normal life for a celebrity kid looks like. She was quoted as saying, "I'm from non-film background, and I come from a middle-class family, where our holidays were spent in Matheran, not London. Today, I am not apologetic about being able to take Viaan on a vacation to London. I make it a point that he understands and appreciates everything he has. Raj and I think he should not grow up with a sense of entitlement." Further, Shilpa had revealed that whenever her son, Viaan wants something extra, he has to dig out his money bank. She had also mentioned that he picks his own plate and takes it to the kitchen when he is done with the food. In her words, "If he wants something extra, he has to dig into his piggy box for it. He has to pick his own plate and take it to the kitchen. We follow some basic rules to ensure he understands that everything in life has to be earned, and nothing and no one can be taken for granted. He also knows that he has to adjust with the rest of things that are a part of his life because he’s our son." (Also Read: Priyanka Chopra Jonas Reacted On Ranveer Singh's 'Special Treatment' For Her Husband, Nick Jonas) Did you like Shilpa and Raj's new car? Let us know!