Sidharth Malhotra is celebrating his 35th birthday today. However, pictures of him partying with Kiara Advani last night are winning the internet. See them now.

'Happy Birthday Sidharth Malhotra' is trending everywhere on the internet as the Ek Villain actor turns 35 on January 16, 2020. So, today on his birthday, let’s have a quick dive into time to see from where it all began for the chocolaty boy of Bollywood. Not many people know this but Sidharth Malhotra had kick-started his professional career as a model at the age of 18. But, after not finding his feet salted, Sidharth had moved towards acting and tried getting into Bollywood. The big break came for him in the year 2010 as an assistant director for Karan Johar, who was working with industry’s King Khan, Shah Rukh Khan in My Name Is Khan. So, no doubt it was a huge opportunity for Sidharth to learn a lot of things from some of the biggest players in the industry. (Recommended Read: K.G.F Star, Yash Shares An Adorable Picture With Wife Radhika Pandit To Wish Fans On Makar Sankranti)

However, with time Sid maintained a solid bond with Karan Johar and also impressed him with his acting skills. Then came the year 2012, when Karan Johar decided to launch three newcomers in the name of Alia Bhatt, Varun Dhawan, and Sidharth Malhotra with his film, Student of the Year. Since then, Sidharth is doing fine if not magnificent in the industry. However, it was his character, Guru Divaker from the movie, Ek Villain that had received huge appreciation from the critics and audience. In the middle of his professional life, his name has also been linked with a lot of actresses in recent years, starting from Alia Bhatt, Parineeti Chopra, Tara Sutaria to finally stopping at Kabir Singh's Preeti a.k.a. Kiara Advani. 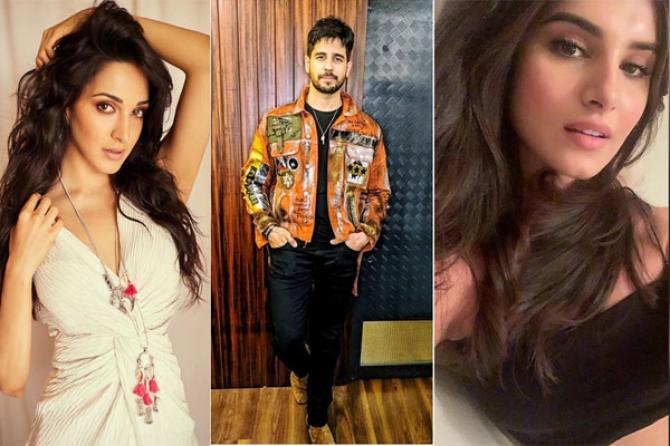 The rumours of Sidharth Malhotra and Kiara Advani dating each other are on an all-time high. The spark of their rumoured relationship was ignited by their New Year celebration pictures. Now, again we saw the two in each other’s company last night at Sid’s birthday party. The picture is doing rounds on the internet and every Sidholic wants Kiara to confess her love for the actor on social media as a gift on his birthday. Seeing the picture, fans are stating that the two looked cute together and also share the same calm and grounded personality. Without a further due, have a look at the picture down below:

This is not the first time we are seeing Sidharth spending time with Kiara as the two were spotted at the Mumbai airport after the duo had returned from their vacation. However, we are going to see Sidharth and Kiara together on the big screen in their upcoming film, Shershaah. The biographical drama based on the life of Param Vir Chakra Awardee, Captain Vikram Batra is directed by Vishnuvardhan. The film’s poster has been shared by Sidharth through his Instagram handle and the actor had captioned the poster with, “An absolute honour to be able to paint the big screen with the shades of bravery & sacrifice. Paying an ode to the journey of Captain Vikram Batra (PVC) and bringing the UNTOLD TRUE STORY with #Shershaah. Releasing 3rd July 2020.”  (Don't Miss: Kartik Aaryan Takes A Journey Down The Memory Lane On His Mother's Birthday, Shares A Cute Picture)

The posters are quite remarkable and have been shared by all the members associated with this film on the internet. Though, a lot of tongues are wagging after Kiara Advani’s Instagram post about the same. The reason for that is the fact that she added a loving wish for Sid on his 35th birthday with a cute tiny caption and a heart. The actress was in awe with Sidharth’s look as Captain Vikram Batra and had written, “Thrilled to be a part of an ode to the Kargil War hero & his brave journey. Presenting the UNTOLD TRUE STORY of Captain Vikram Batra (PVC) - #Shershaah. Aur Janamdin Mubarak @sidmalhotra! Releasing 3rd July 2020.”

Well, the stakes are high for the rumours of Sidharth and Kiara but again, the two has already denied them on numerous occasions in the past. However, it was Sidharth, who had talked about these rumours quite comfortably in his chat with Karan Johar on the show, Koffee With Karan. When Karan had asked the same question from Sid on the show, the actor had stated, “The number of rumours I have had in the tabloids, I’m having lesser fun in real life. I wish they were true. Kiara is lovely. We are going to work together in future. But I’m single.” (Must Read: Divyanka Tripathi Pens A Romantic Note For Her 'Right Soul', Vivek Dahiya On Engagement Anniversary) 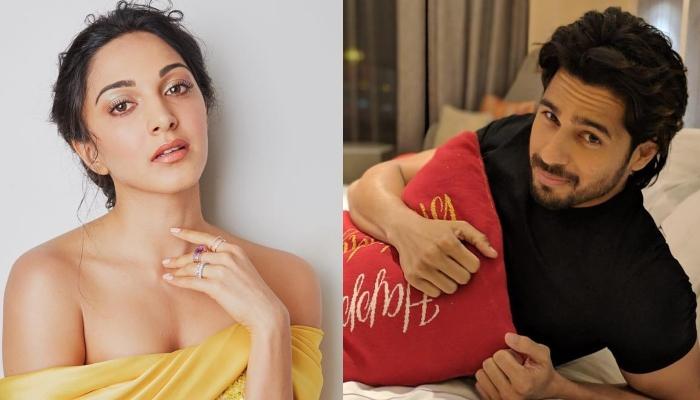 Are you eager to see Sidharth and Kiara together in Shershaah for the first time?