If our husband's mother turns into our own mommies, it will be a blessing in disguise! And if you think it's impossible then take a look at Kareena Kapoor Khan's mother-in-law, Sharmila Tagore!

'Your mother-in-law can never be your mother!' Well, that's the first thing we get to hear when we are about to tie the knot with the man of our dreams. Thanks to Ekta Kapoor's serials and Bollywood's films, a 'saas' is always hailed as a scary being and the devil of a 'happily ever after'. But, somewhere, we all believe that our cinematic writers have been a little too harsh on our darling 'monsters-in-law', oh we mean 'mothers-in-law'. A mother-in-law comes in all shape, size and nature, and there is a handful of those who are breaking the societal notion and treating their daughters-in-law like their own daughter. And Bollywood actress, Kareena Kapoor Khan is one of those lucky few bahus, who got a mother-in-law like Sharmila Tagore.

We all know that Kareena shares an extremely warm relationship with her mother-in-law, Sharmila ji. She had even ditched all the renowned designers for her wedding and had opted for Sharmila's wedding dress which was passed on to her as a family heirloom. Kareena had also shared that her mother-in-law never stops her from wearing anything. In fact, she was the one, who had encouraged her to look as gorgeous as womanly possible. To this, Sharmila said that a daughter is someone you have grown up with. So you know her temperament, you know what makes her angry and how to deal with that person. However, when you are meeting your daughter-in-law for the first time, she is already an adult and you don’t quite know what her temperament is like, so it takes time to gel. The new girl, your daughter-in-law, is coming to your house, so you need to welcome her and make her more comfortable. Well, not many people think that way but Shamila definitely won our heart with this adorable reply.

Don't Miss: When Sharmila Tagore Talked About Son, Saif Ali Khan's Second Mother And Her Help In His Upbringing 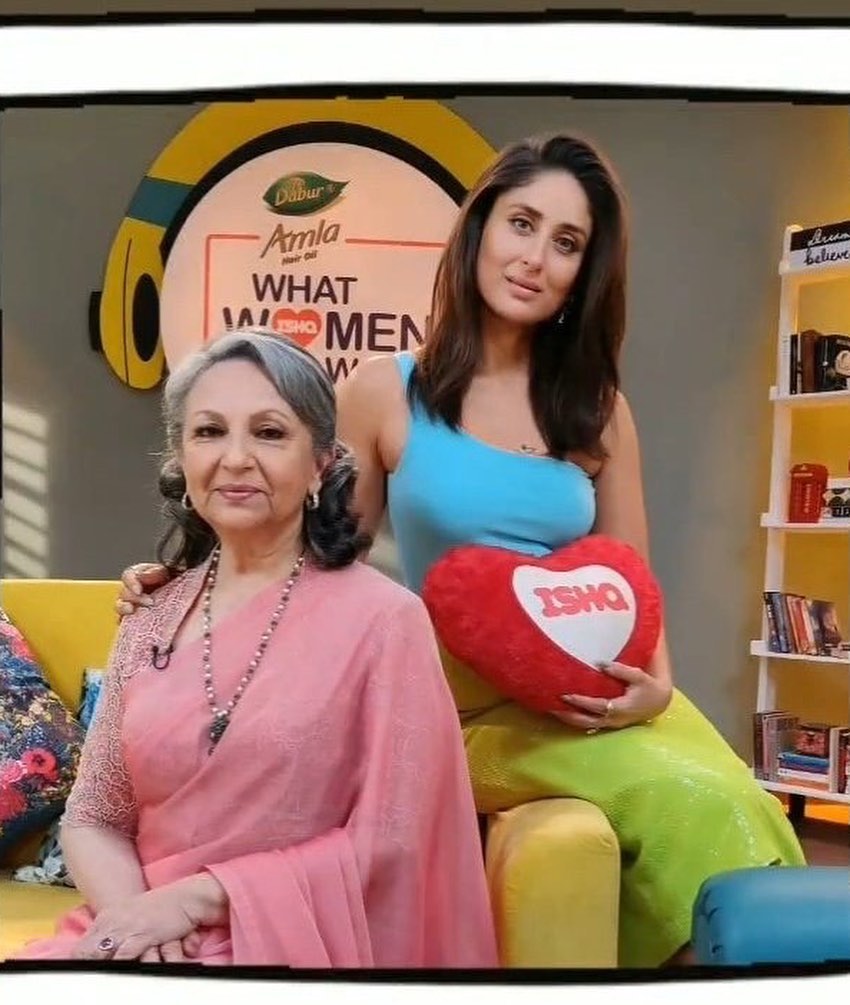 Sharmila also talked about her own time when she was a new bahu, and she had said,

"I remember when I got married… I am a Bengali, I like my rice. And they were all roti-phulka eating people. I love my fish and Tiger hated fish. You know, that kind of adjustment. They seem very minor but they are not really, in the long run." 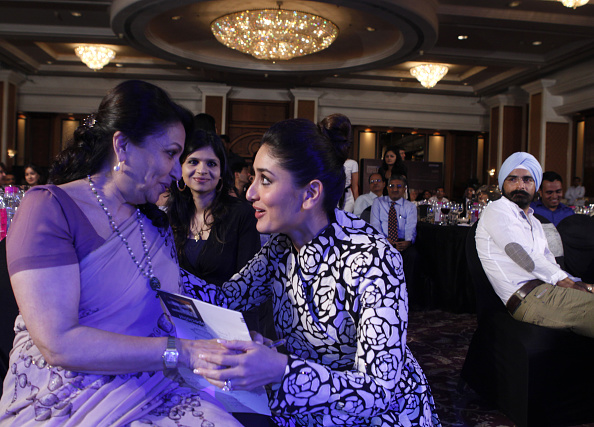 Kareena's relationship with her mother-in-law, Sharmila is an inspiration for all the 'saas-bahu' of the nation. Once in an interview with the DNA, Kareena had called her mother-in-law an eternal begum. She had said,

"For me, my mother-in-law will always be the eternal begum, a career-oriented woman who started a family, who ran the house, looked after three children but yet worked in the biggest commercial successes as well as some great serious cinema. She kind of always tried to balance everything. To me, she still is and still looks super gorgeous. Right from the beginning till now, I can't take my eyes off her. I look up to her in every way, so for me, she will always be that." 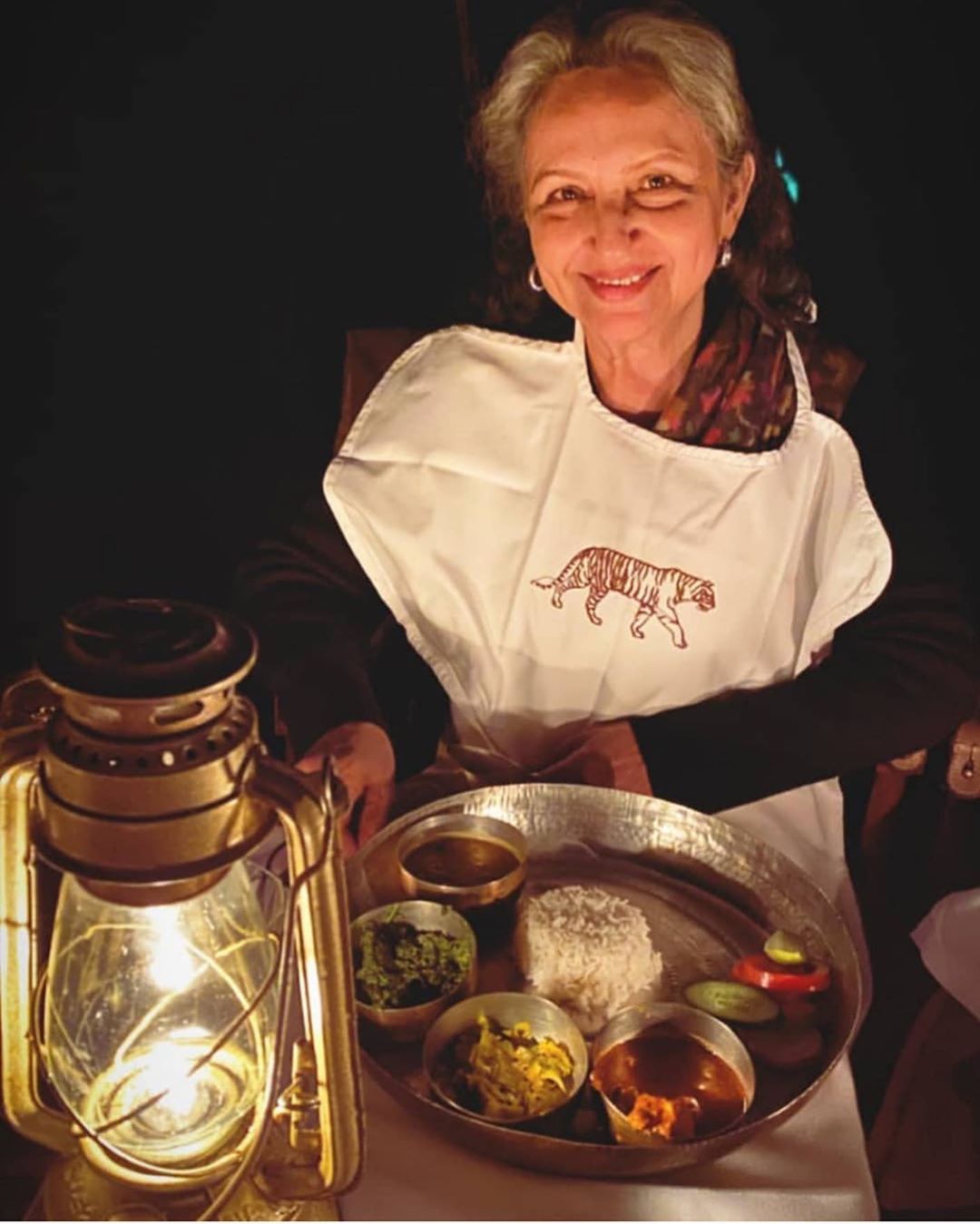 Once in an interview with the Firstpost, Sharmila had talked about her thoughts on Kareena. She had shared,

"She is good for him, more focused, very responsible. When we went to Bhopal, she made a list of the things she wanted to learn to grow as a person: to play the piano, to learn to cook, prune roses... he will never make a list, he is spontaneous, and sometimes, thus, irresponsible. He will tell my mother I am coming for dinner, and then she will call saying where is Saif, and I would have to say, ‘he’s on the plane, on his way to Bhopal’. She is also very loyal. If I try to criticise him in her presence, she sweetly says, ‘Amma, it is not like that...’ And I think the fact that she is happy with her work and her life as it is now and is not hankering for more or isn't overly ambitious makes her a great person. She praised and raved over Dirty Picture and Vidya Balan in it, which shows she is confident of herself."

Well, we love Kareena and Sharmila's bond! What about you?

NEXT READ: Mansoor Ali Khan Pataudi Was In Love With This Actress, Broke Up With Her To Marry Sharmila Tagore 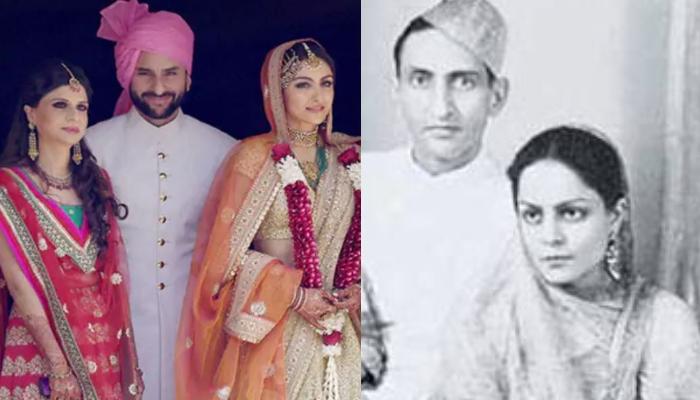 Though the Pataudi family has been in the limelight for decades now, there's still a lot that is kept away from the media glare. While a lot is known about the late Mansoor Ali Khan Pataudi, Sharmila Tagore, Saif Ali Khan, Kareena Kapoor Khan, Soha Ali Khan and Kunal Kemmu,