Sharad Malhotra and Ripci Bhatia got married today on April 20, 2019, in Gurudwara wedding following the Anand Karaj rituals. Their Hindu wedding has begun, here are the first pictures and videos.

No matter how many reports of affairs you stumble upon when it comes to your favourite celebrities, it's always their wedding news whch make us the happiest, right? Telly world's one of the most revered actors, Sharad Malhotra gave us the happy news today. Details of the same later! We all know that Sharad Malhotra was once in a serious relationship with Divyanka Tripathi (Dahiya), and they broke off after 10 years. Sharad then went on to date, Splitsvilla fame, Pooja Bisht, and even that relationship didn't materialise into something substantial. (Don't Miss: Sharad Malhotra Has Given The Most Unique Engagement Ring To Ripci Bhatia, Picture Inside)

Sharad Malhotra finally decided to tie the nuptial bond with someone who is not from the industry- a Delhi-based fashion designer, Ripci Bhatia. It was in March 2019 when Ripci Bhatia has confirmed of their engagement by uploading a picture of her engagement ring against the backdrop of Marine Drive. She had captioned it as, “Each day.. All day.. In love.. now and forever #isaidyes, #happyvalentinesday, #themostbeautifulone, #memories, #anighttoremember" along with ring and heart emojis. Take a look: A while ago, we brought to you the news that Sharad Malhotra and Ripci Bhatia are married now! Yes, they were pronounced husband and wife in a Gurudwara wedding following the Anand Karaj rituals. For their Sikh wedding, the bride, Ripci Bhatia looked ravishing in a pink-golden lehenga, and her now-husband, Sharad Malhotra dappered in a white sherwani along with a colour-coordinated pagdi matching with Ripic's outfit. Take a look at some of the moments from Sharad and Ripci's Gurudwara wedding: And now, guess what? Sharad Malhotra and Ripci Bhatia's Hindu wedding has just begun, and the first pictures from the same are going viral on social media. Take a look at Sharad Malhotra all set to hop on the ghodi, go on his baraat and get back his dulhania:

Sharad Malhota had earlier shared in an interview as to how he met Ripci Bhatia. Ironically, Sharad confessed that what connected him and Ripci was their shared fear of marriage. He had said, "When I was introduced to Ripci, I had just come out of a relationship and was going through a difficult phase. Initially, we would just exchange occasional pleasantries on social media. It was only after Ganpati last year that we got talking on the phone, which was after my last relationship ended. What connected us probably was our fear of marriage. In fact, Ripci travelled the world for six years to avoid marriage, as the pressure on a girl at her age was mounting. I would have loved to do that, too, but I was constantly working. It’s only recently that our families got involved after we spoke over the phone for a few days. Both of us instantly realised that this is it and decided to take the plunge." (You May Like: Priyanka Chopra Jonas' Soon-To-Be Sister-In-Law, Ishita Kumar Dazzles In Black On Her Bridal Shower) The Kasam Tere Pyaar Ki actor had earlier shared in an interview that he is having pre-wedding jitters and that he waiting to take the saat pheras. He was quoted as saying, "I’ve been married many times on screen, so I am waiting to see how I feel in real life when I put sindoor in Ripci’s maang. I know most of the ceremonies by heart — haldi, mehendi, pheras, etc. But I am waiting to experience the moment when it actually happens. I wonder what I will feel during the saat pheras, or when she wears the mangalsutra." 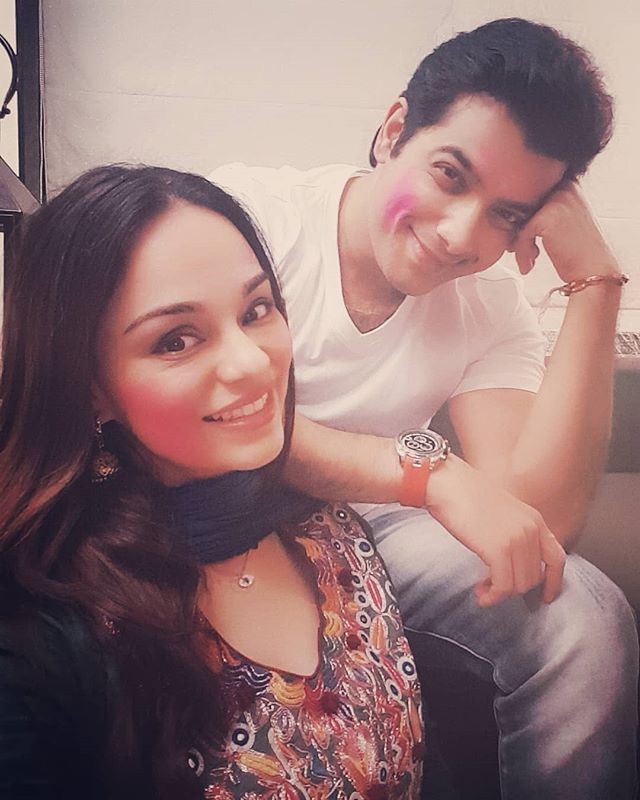 Sharad Malhotra has often been associated with the pharse- 'runaway groom' who is marriage-phobic and in fact, even his friends tease with the that name. Recently talking to the Hindustan Times, he had shared, "I realised that bahut bhaag liya. I can either keep running away from a marriage all my life, or get into it, experience it and see for myself if it’s good, bad or ugly. My mother was extremely happy when I gave my nod. Having said that, she didn’t give her approval immediately. She took her time to be sure that I was ready for it, given my colourful past. She feared that I would back out again. But everything happened organically. I would call it an arranged-cum-love marriage."

How did you like the first pictures and videos from Sharad Malhotra and Ripci Bhatia's Hindu wedding?