Shahid Kapoor and Mira Rajput Kapoor's daughter, Misha Kapoor, is a fan of 'mehendi' from a young age, and she got a special design for her 'bua' Sanah Kapur's wedding. Read on to know more!

Veteran actors, Pankaj Kapur and Supriya Pathak's daughter, Sanah Kapur had tied the knot with the love of her life, Mayank Pahwa, in an intimate wedding on March 2, 2022. We had witnessed a magical affair in the hills of Mahabaleshwar. And it was Shahid Kapoor and his family, who had made the ceremonies even more special. While Shahid and Sanah have a huge gap, they share a great sibling bond.

On March 2, 2022, Mira had taken to her Instagram handle and had posted a beautiful picture with her darling hubby, Shahid. In the photo, we could see Mira looking gorgeous in an ivory-coloured saree with lace-detailing on the border. She had kept her look minimal with statement earrings, and pin-straight hair. On the other hand, Shahid had looked dapper in an asymmetrical black suit with a red pocket square.

We love Shahid and Mira's look from their family wedding, but it was their children, Misha and Zain's appearance, that had won hearts. Recently, in an interview with The Times of India, celebrity mehendi artist, Veena Nagda talked about the grand Kapur wedding. She revealed that Shahid's daughter, Misha loves mehendi. In fact, she had her own design in her mind. Veena also shared that it was Shahid, who was in awe at seeing his daughter, Misha getting a mehendi, and he kept dropping in between to see her. She shared: After the wedding ceremony, Mira had taken to her Instagram handle and had posted pictures of Sanah's wedding. Sharing two pictures, wherein we could see the bride, Sanah looking gorgeous on the stage. Alongside it, Mira had penned a heartfelt note and had congratulated the newly-married couple. She had written: 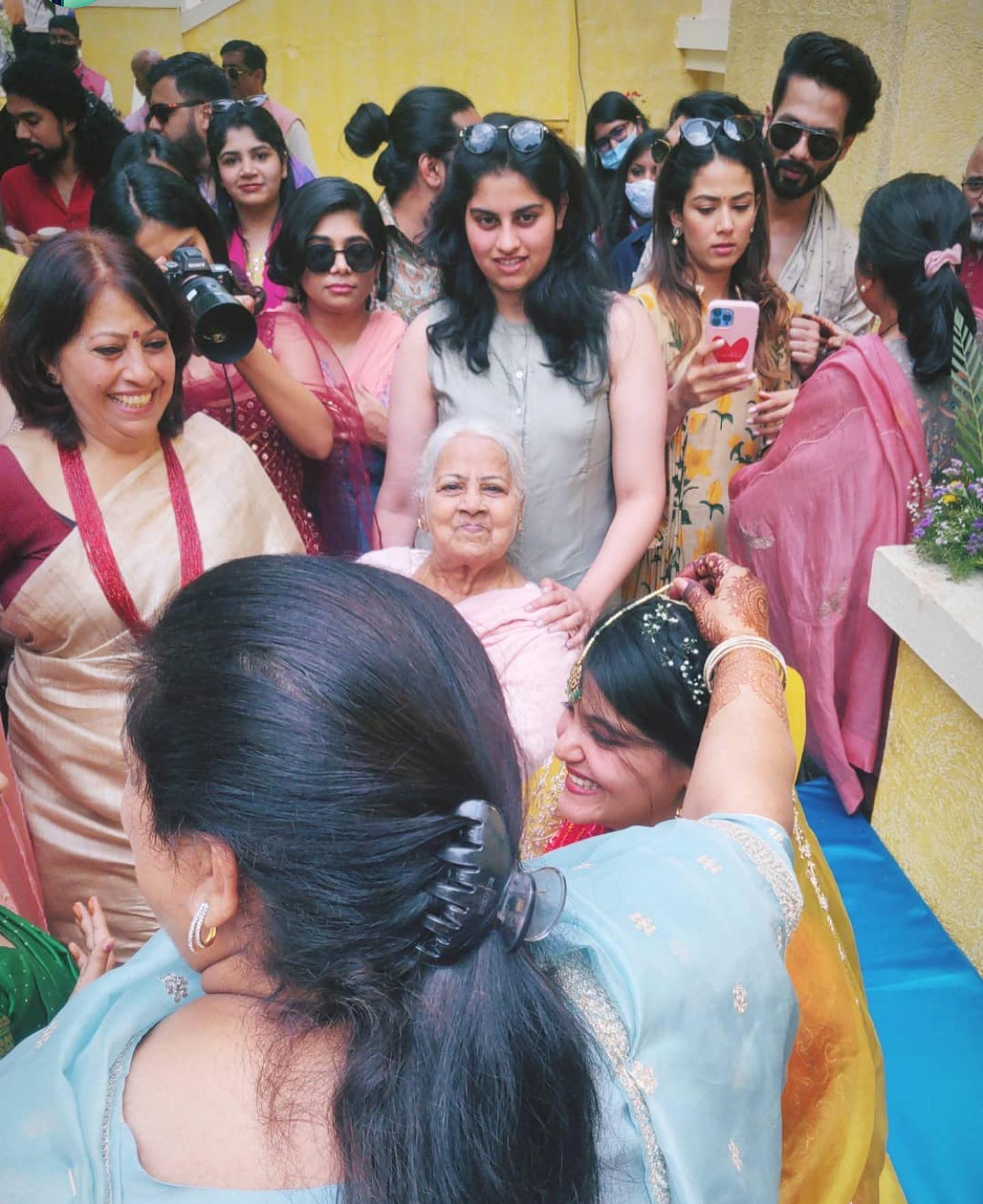 Meanwhile, on the work front, Shahid was last seen in the film, Jersey!

Next Read: Janhvi Kapoor Celebrates 25th Birthday, Half-Brother, Arjun Kapoor Recalls Not Being Around Her