Alia Bhatt and her sister, Shaheen Bhatt share an adorable bond. On January 2, 2020, Shaheen shared another gem from her archives, she posted a funny ‘frowning’ picture of her sister, Alia. 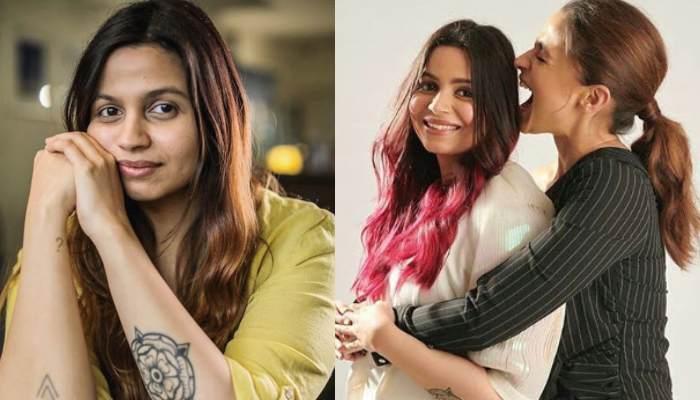 It is rightly said that ‘there is no better friend than a sister’. A sister understands your unsaid emotions and stands like a pillar of strength during your difficult phase. From being there with you throughout your childhood to saving you from all the hurdles of life, a sister is that tiny bit of childhood which can never be lost. From being our worst critic to being our best friend, only a sister can take the place of a mother. Bollywood’s rising sensation, Alia Bhatt shares an adorable rapport with her elder sister, Shaheen Bhatt. (Also Read: Suhana Khan's Black Dress Which She Wore On New Year Eve Will Cost You A Lavish Couple Vacation)

From bursting into tears while talking about Shaheen’s fight with depression to supporting her throughout the launch of her novel, Alia Bhatt has always proved that she is a doting sister. If Alia is a superb actress then Shaheen is a master of words, the two have marvelled in their own respective fields. Alia has always quoted her sister, Shaheen as her emotional anchor. Even after being completely opposite to each other, the love shared by the two is beyond measures giving major sister goals to the millennials. 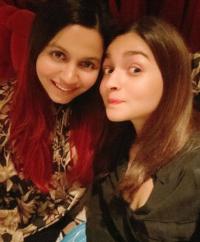 On January 2, 2020, Shaheen Bhatt took to her Instagram handle and shared another gem from her archives. She shared a funny picture of her sister, Alia Bhatt where Alia was seen frowning. The picture was taken from an event attended by both Alia and Shaheen where Shaheen was seen holding Alia from behind while Alia frowned her way through the picture. Take a look at the funny picture: 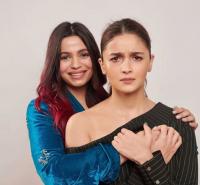 Shaheen Bhatt is quite active on social media and always makes sure to share pictures of her family and friends. On December 30, 2019, Shaheen had taken to her Instagram handle and had shared a collage of Alia. The collage had some really funny pictures of Alia looking stressed. Along with the picture, Shaheen had written, “2019 and Alia’s Resting Stressed Face.” On Shaheen post, Alia's comment was unmissable. Her mom, Soni Razdan and her best friend, Akansha Ranjan Kapoor too had commented. (Also Read: Huma Qureshi And Beau, Mudassar Aziz Share Love-Filled Pictures To Mark The Beginning Of New Year) 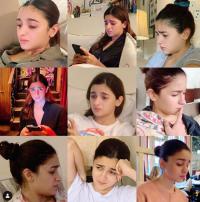 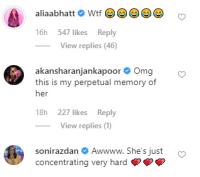 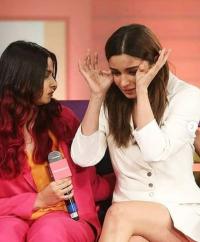 On November 28, 2019, Shaheen had turned a year older and it was Alia, who had penned a beautiful birthday note for her sister. Alia had taken to her Instagram handle and had shared two unseen childhood pictures. Along with the pictures, she had written, “Now here’s that moment where I’m struggling to type that perfect birthday caption for my brilliant sisters birthday... I type I cancel I type I cancel.. and the reason I do that is (well for starters I’m not a beautiful writer like her) but also cause we speak a language that would probably not make sense.” 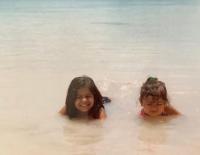 Her note further read, “The relationship we share is a language that doesn’t exist.. except for in our eyes.. and toes okay and maybeeee our knees... So anyway.. Sir... You’re the sweetest artichoke the pudding of Naples has seen cause eventually we all just have to bobble our way through the heavens of sisterhood and I’m glad we’ve had the little nook of heaven with cats and aloo fry and tons of London! Happy birthday sweet carrot I hope we yoddle together for as long as we have arms and leggies :) Oh and happy birthday.” (Also Read: Abhishek Bachchan's Reaction On His Wife, Aishwarya Rai's 'Ponniyin Selvan' Poster Is Unmissable) 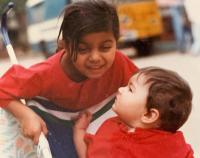 What do you think about Alia’s picture? Keep us posted. 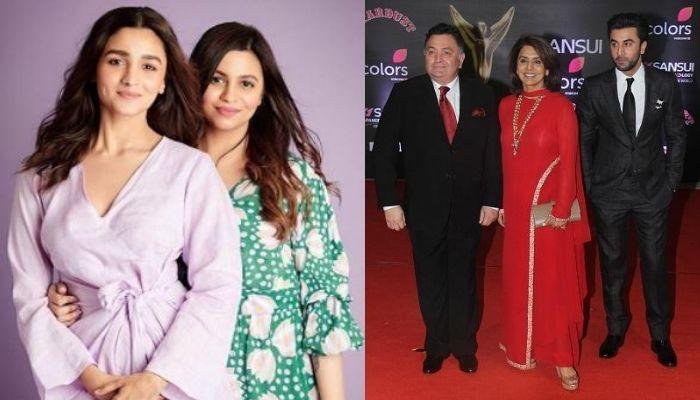 Alia Bhatt and Shaheen Bhatt have proved the sister goals to the perfection. The two always stand by each other, no matter what! During the lockdown phase, we had witnessed another level of love between the two sisters as from baking together to getting a cat home together, the sisters