Shaheen Bhatt is an amazing writer and has proved the same with her book, I've Never Been (un) Happier. On November 29, 2019, Shaheen shares a handwritten letter by father, Mahesh Bhatt. 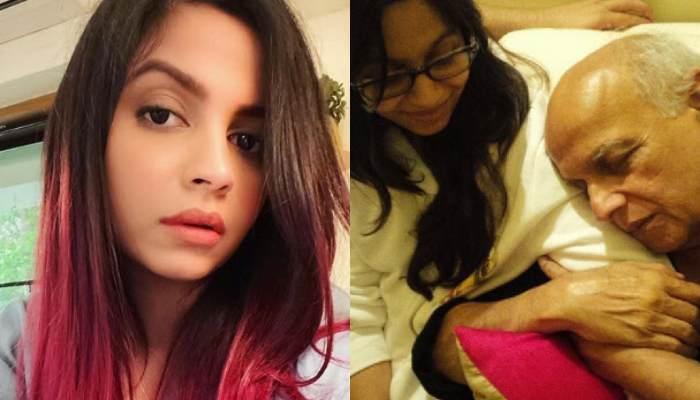 Fathers are their daughter’s first love and their forever inspiration. From the day a girl is born, her father dreams about giving the best things of this world to his daughter. They take many pains in fulfilling the needs of their daughters without even complaining a bit. They not only protect their little angels from the outside world but also stand as an inspiration for them. Every daughter somewhere dreams to be blessed with a man just like her father but as they say, no one can take your father’s place. (Also Read: 'Ujda Chaman' Actor, Sunny Singh Is Dating A Model, Kamiya Beliwal For 2 Years? [Pic Inside])

Shaheen Bhatt has a lot of reasons to look up to her father as an inspiration. The ace filmmaker, Mahesh Bhatt has always believed in his talented daughters. Whether it is Pooja’s directorial skills, Alia’s acting power or Shaheen’s writing skills, Mahesh ji has always encouraged his three daughters and motivated them throughout. We have often seen the bond the sisters share with their father and how supportive Mahesh ji is as a father. 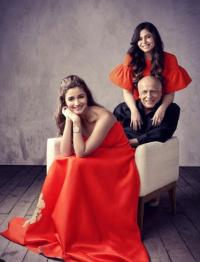 On November 29, 2019, Shaheen took to her Instagram handle and has shared a letter written by her father, Mahesh Bhatt twelve years ago. Mahesh ji’s letter was a motivation for his daughter, Shaheen and the time Mahesh ji wrote this letter, nobody, not even Shaheen ever thought that she will be a writer one day. Sharing the letter, Shaheen posted a caption which could be read as “A note from my father written for me some twelve years ago. As my first book starts to hit stores I can’t help but think he was right.” Mahesh ji’s letter reminded us of his unconditional love for his kids. (Also Read: Vatsal Sheth And Ishita Dutta's Maldives Vacation On Their Second Anniversary Speaks Volumes Of Love) 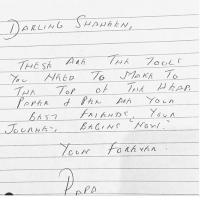 Shaheen Bhatt is very close to her sister, Alia Bhatt and the two often share cute pictures with each other. On November 28, 2019, Shaheen turned a year older and it was none other than her sister, Alia who had posted two cute childhood pictures of the two with a lovely note. Her note could be read as “Now here’s that moment where I’m struggling to type that perfect birthday caption for my brilliant sisters birthday.. I type I cancel I type I cancel.. and the reason I do that is (well for starters I’m not a beautiful writer like her) but also cause we speak a language that would probably not make sense.” 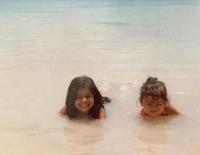 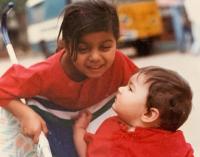 Her note further read, “The relationship we share is a language that doesn’t exist.. except for in our eyes.. and toes okay and maybeeee our knees... So anyway.. Sir... You’re the sweetest artichoke the pudding of Naples has seen cause eventually we all just have to bobble our way through the heavens of sisterhood and I’m glad we’ve had the little nook of heaven with cats and aloo fry and tons of London! Happy birthday sweet carrot I hope we yoddle together for as long as we have arms and leggies Oh and happy birthday.” The pictures shared by Alia was cute beyond words. In one of the pictures, Alia and Shaheen were seen enjoying their time on a beach, while Shaheen was all smiles, Alia didn’t seem quite happy but her cute grumpy look just blew our minds. In the other picture, both the sisters twinned in the same colour. 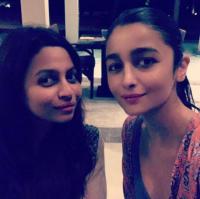 It was in 2016, when Shaheen Bhatt, daughter of Mahesh Bhatt and Soni Razdan had talked for the first time about her fight with depression in a social media post. On World Mental Health Day, October 10, 2019, Shaheen launched an initiative called Here Comes The Sun. The initiative was launched to help people come out of depression. Talking about her initiative, Shaheen took to her Instagram handle and wrote, "#HereComesTheSun was born from a simple idea. The idea that we are not alone. None of us are alone in our struggles and journeys with mental health - we all have the same fears and we all hope for the same things." (Also Read: Prince Narula And Yuvika Chaudhary's Vacation Pictures From Bali Are Nothing But Vacation Goals) 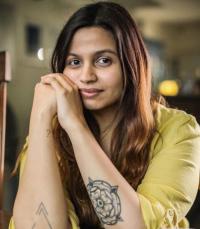 Such an inspirational letter. What do you think? Keep us posted. The birthdays during the pandemic are straight out going to be the most memorable birthdays. Not because of the fun we had, but because of how despite having a birthday, we could not step out to celebrate with our loved ones. No matter the efforts made by our loved ones