In an award show recently, Shah Rukh Khan was asked about a throwback picture with his wife, Gauri Khan. SRK revealed that he had coned Gauri Khan saying they are going to Paris for their honeymoon.

If there is one couple in the Tinseltown who can be termed ‘timeless’, it is Shah Rukh Khan and Gauri Khan. Both belonging to Delhi, they laid eyes onto each other in a party in 1988, and the rest became history! Soon Cupid struck the two with its sharpest arrow, and in no time, on October 25, 1991, Shah Rukh Khan tied the nuptial knot with Gauri Chibber, who then became Gauri Khan.

Shah Rukh Khan was an outsider when he came to Bombay (now Mumbai) along with his wifey, Gauri Khan. Even though he wasn’t a star and there was no financial security, the two dared to get married to each other, leave their hometown and finally, they arrived in Bombay with big dreams in their eyes. By SRK’s own admission, Gauri Khan has been his constant pillar of support throughout his life.

When Shah Rukh Khan Admitted If He Ever Cheated On Wife Gauri Khan, Reveals A Promise He Made To Her Shah Rukh Khan never fails us to showcase his candid love for Gauri Khan publicly. Recently, at an award show which Vicky Kaushal was hosting, the Uri actor showed Shah Rukh Khan a throwback picture of himself with Gauri Khan and Vicky asked the Badshaah of Bollywood about the picture. Shah Rukh Khan revealed, “This is my favourite picture...When I got married, I was very poor while Gauri was middle-class, well-to-do. So like how usually everyone does, I had promised her that after we get married, 'I'll take you to Paris and show you the Eiffel Tower'. But obviously, it was all a lie because neither I had the money nor I had the air tickets but somehow I convinced her.”

This is the picture which Vicky Kaushal showed to Shah Rukh Khan: Shah Rukh Khan further revealed that he took Gauri Khan to Darjeeling for honeymoon but had tricked her into believing that they were going to Paris. The Zero actor further added, “Finally, we were heading to Darjeeling to shoot a song for Raju Ban Gaya Gentleman. And I felt that considering even Gauri hasn't travelled abroad, she wouldn't know much, so main usko Paris bolke Darjeeling le gaya. Yeh humara honeymoon hai.... 20-30 days after our wedding.” 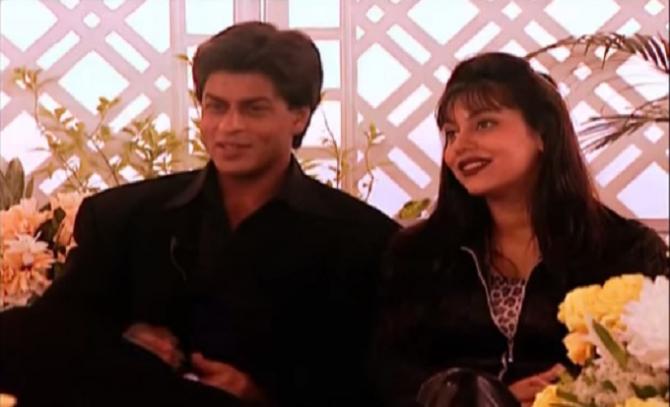 Earlier, sharing the details of their love story from initial days in Bombay, Shah Rukh Khan had told a media portal, “The struggle was just in the first few years of marriage. Gauri Khan was new to the film industry, so was I. It's not that I married an outside girl into the film industry. Two years for us in Mumbai was like honeymoon full of bumps. There was an issue like, "You will shoot 6 in the morning?”

Recommended Read: When Shah Rukh Khan Asked His Wife, Gauri Khan To Change Her Name To 'Ayesha' And Wear A 'Burqa' 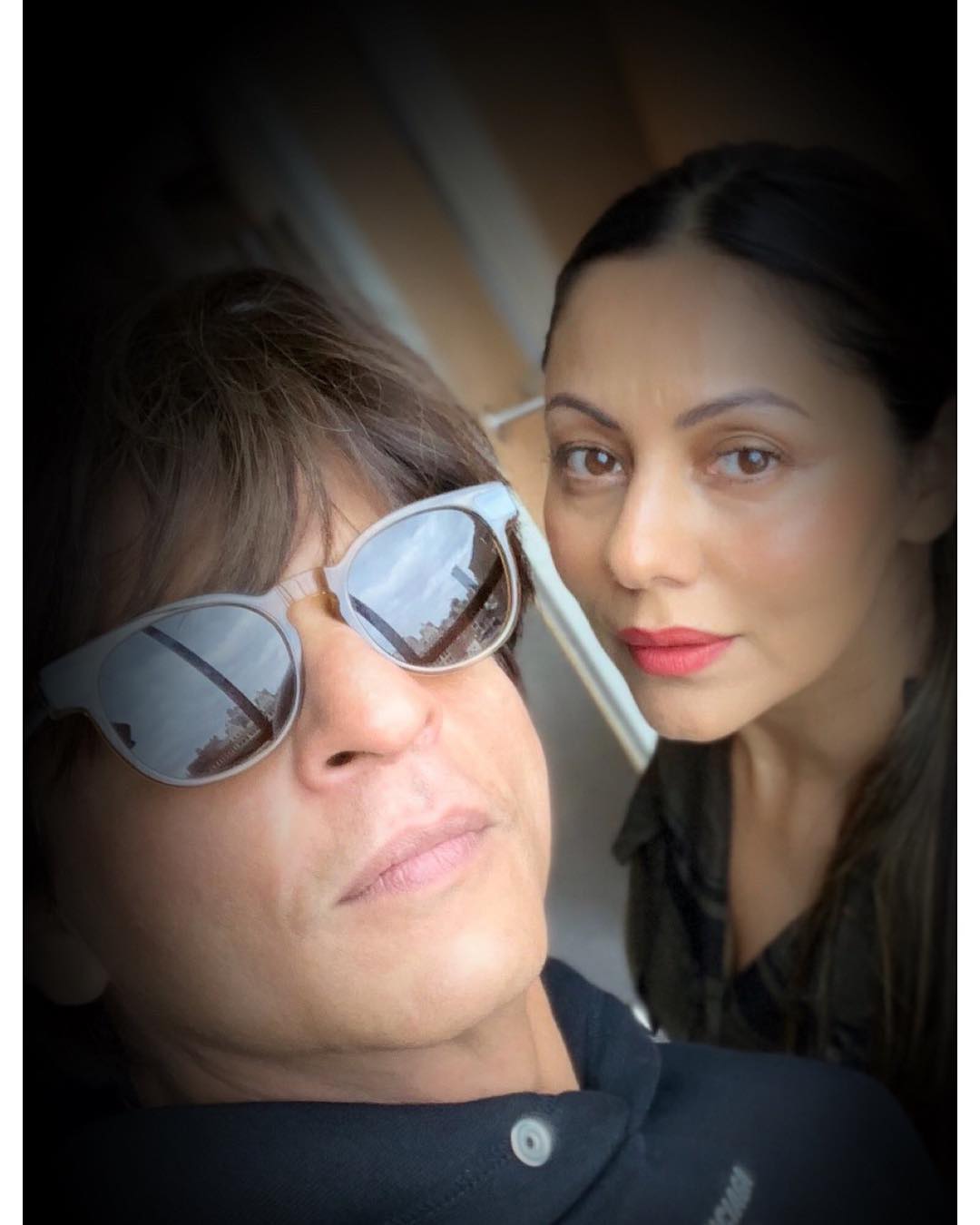 In another interview, Shah Rukh Khan had shared, “I remember the first night when we actually came to Mumbai after about five-seven days. She spent that evening fully dressed, she wore chooda and Indian dress, and came to Film City and was there till 6 where Hema Ji was directing my film. One of the actors got late as it happens in the shoot and we wrapped by 8 instead of 6. There were no mobile phones, so I sent her a cab as I didn't own a car and said, 'Please come over and sit here because I am really sorry, this has taken a little bit.” 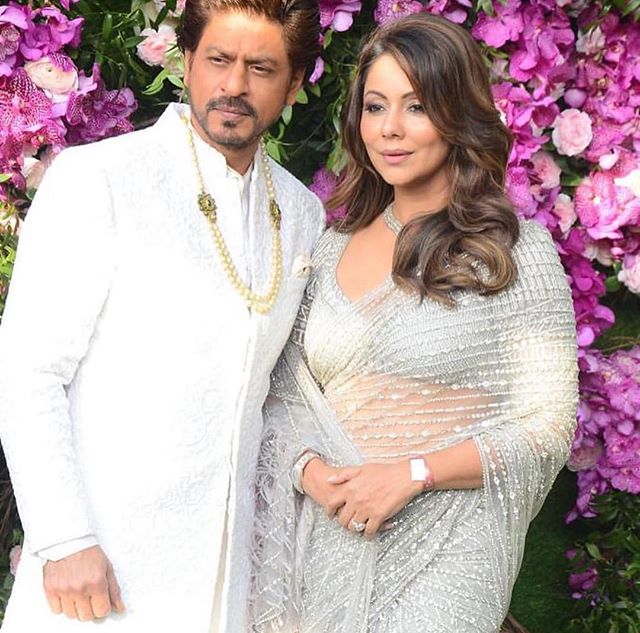 Last year, on December 15, 2018, Gauri Khan had danced with Shah Rukh Khan on Isha Ambani Piramal’s sangeet ceremony. Gauri had taken to Twitter to share the following pic from the event, and had captioned it as, "On stage after decades ....in a @falgunipeacock outfit, they definitely know how to make it dramatic and timeless." And then Shah Rukh had retweeted the post, and had captioned it, "You are timeless." 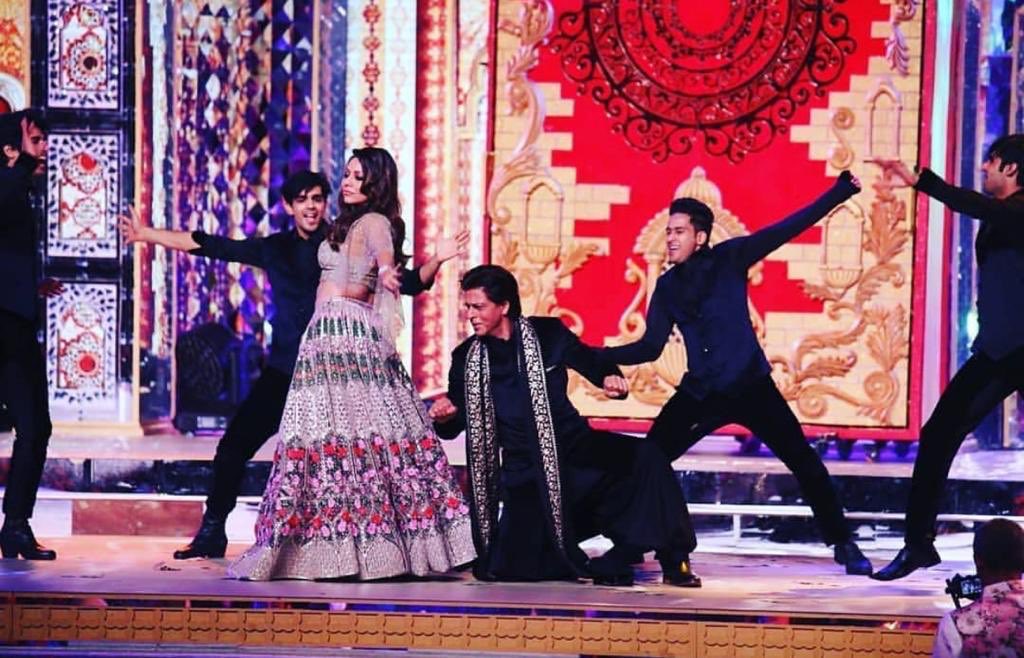 Shah Rukh Khan was later trolled for dancing with his own wife and he became a victim of trolls on social media. Speaking about it in the same interview, SRK was quoted as saying, “I do what I feel like doing and it's made me the person I am. I have never worked for an image. If someone does something mischievous and others are stupid enough to believe this is the asli song, God bless them." He had also added, “We're in the nascent stage of social media and there are many who don't know that such things can be done. There's a need for video literacy not just in India but in the US too." How did you like Shah Rukh Khan and Gauri Khan’s throwback picture from their honeymoon? Share your comments!