Sara Ali Khan is a mommy's girl. The actress shared that among her parents, Saif Ali Khan and Amrita Singh, she always relies on her mommy for life advice.

After 13 years of marriage, Saif Ali Khan and Amrita Singh had parted ways and had moved on in their respective lives. However, the two did not let their separation hamper their kids' lives. Amrita Singh is a hands-on mother, who has single-handedly raised her children, Sara Ali Khan and Ibrahim Ali Khan. Sara dotes on her mother and the undying love for her is quite visible on her social media posts and interviews.

Sara Ali Khan has gained a massive fan following not just because of her excellent acting skills but also due to her kind nature and grounded personality. The Kedarnath actress has been quite open about her professional as well as personal life. She never misses an opportunity to talk about her family and express how proud she is of her parents, Amrita Singh and Saif Ali Khan. Now in a recent interview, Sara Ali Khan spilled some beans about her personal life. 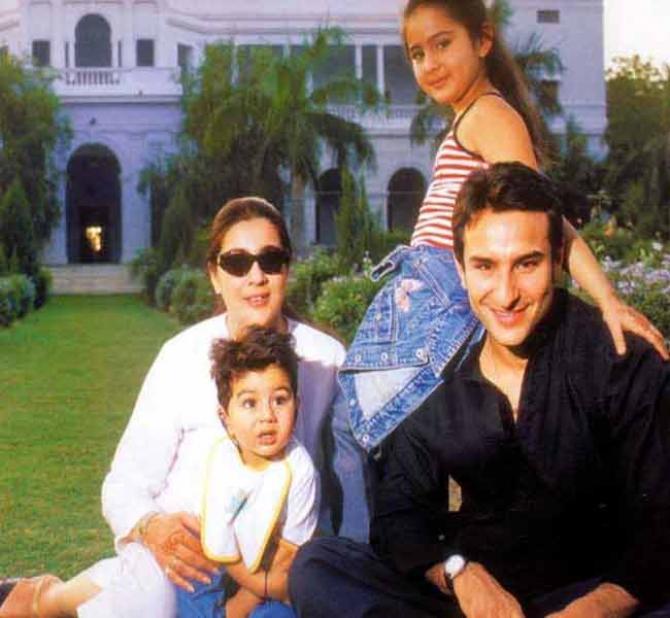 Ahead of the release of her upcoming film, Atrangi Re, in an interview, Sara Ali Khan admitted that she feels wise beyond her years, and credited it to growing up with a single mother. Recalling her experiences of living with a single mother, Sara shared:

“I grew up fast and saw a lot in life. Perhaps they helped me grow up a little faster. Living with a single mother in today’s day and age makes you a little tougher and harder than you need to be. You don’t live in a La La Land for too long then. You see the world for what it is.” Needless to say, Amrita Singh is a doting mother, who aced the act of balancing professional as well as personal life. Her daughter, Sara Ali Khan has learnt so much from her and despite being a single mother, Amrita never failed to inspire and motivate her beloved daughter. In the same interview, the actress said that she relies on her mother very much and she wouldn’t be able to live away from her. In her words:

“I can't even come to an interview without matching my bangles to my outfit with the help of my mother. Till my mom doesn't tell me, 'Please add green bangles to your hand because you have a chalak of green in that corner of your dupatta', I won't be able to step out for an interview. Meri aukaat nahi hai, mummy se door bhagne ki. Kahin bhi bhaag jao, ghar toh wahin jaana hai, roz." 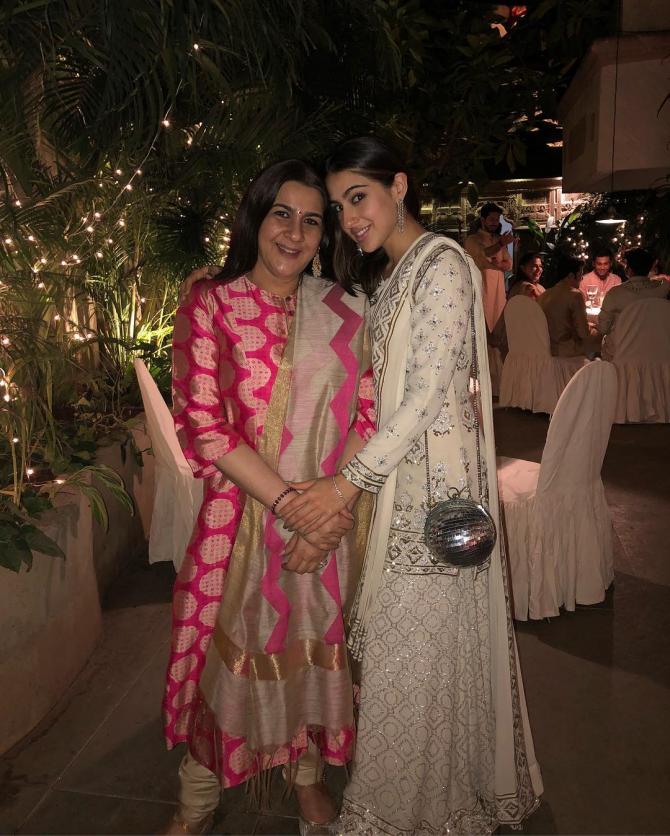 In an old interview with the IANS, Sara Ali Khan had opened up about how her mother, Amrita Singh comes to her rescue whenever she feels low. Sara had also stated that her mother has gone through so much in her life. Talking about the same, Sara had said:

“There are days when I don't feel positive. It's normal. That is the part and parcel of life but I think I have a great mother and I think she is the solution to all my problems. With a mother like that it is impossible to be any less than positive. I think she has gone through so much more than I have in her life and if she can walk the way she does with her head held as high as she does as her daughter, then I would be worthy of your compliment.” 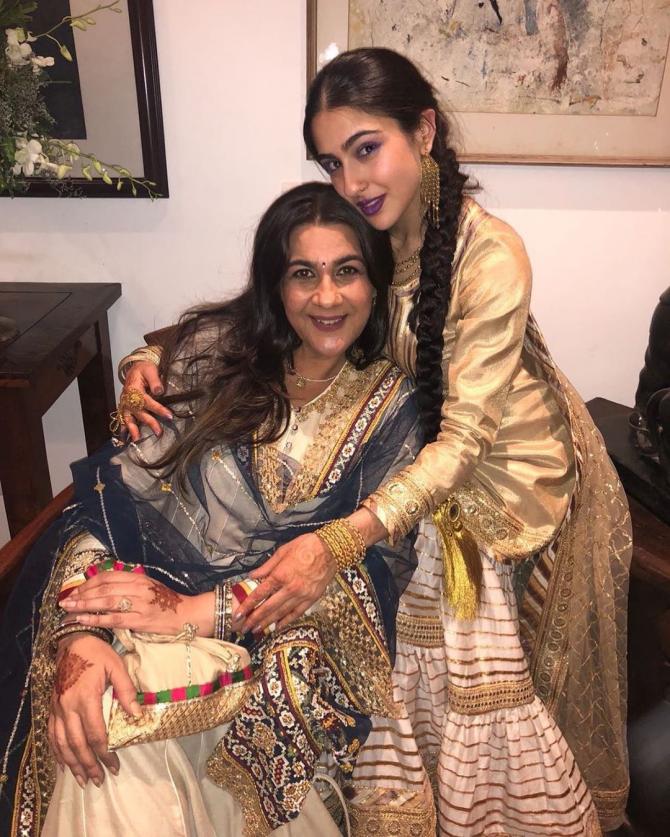 In an interview with Voot, Sara Ali Khan had opened up about why Amrita Singh and Saif Ali Khan’s separation was the best decision for the entire family. Sara Ali Khan had shared that in her opinion if two persons in a relationship are not happy, it’s better to part ways. She had also added that Amrita and her not only share a mother-daughter bond, but they have turned into best friends. She had further talked about her equation with her father, Saif Ali Khan, and had shared that he is always available on the phone, and she can meet him whenever she wants. 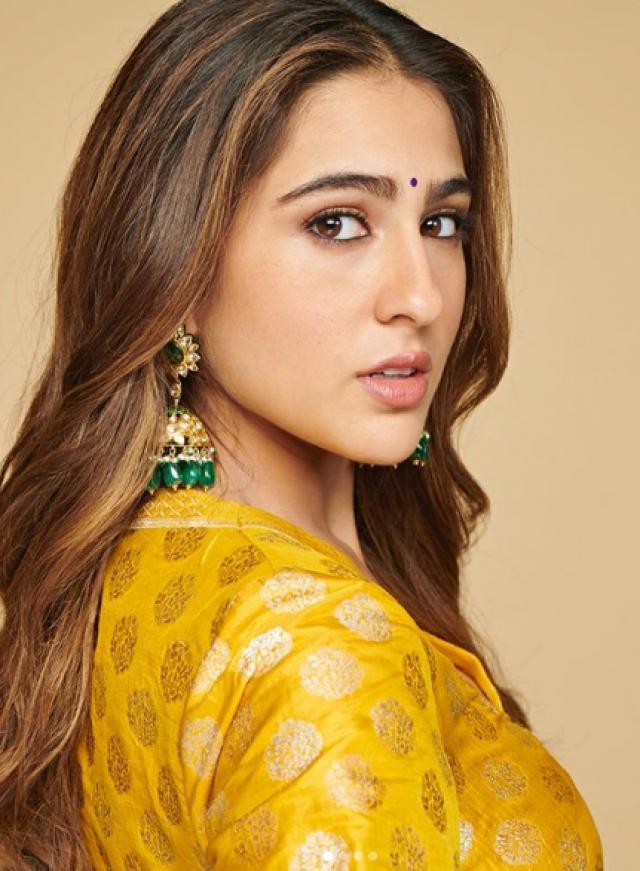 In an interview with a leading media portal, Saif Ali Khan had shared that he has always been proud of his daughter, Sara Ali Khan and he is really happy with the way his ex-wife, Amrita Singh has raised the kids. He had stated:

"It's entirely her achievement. I was a proud father even when she got into Columbia University and graduated in two years. I'm proud when I see her interacting with the staff at home. She's so well behaved, full credit to her mother (Amrita Singh). Sara's intelligent, well-spoken and charming." 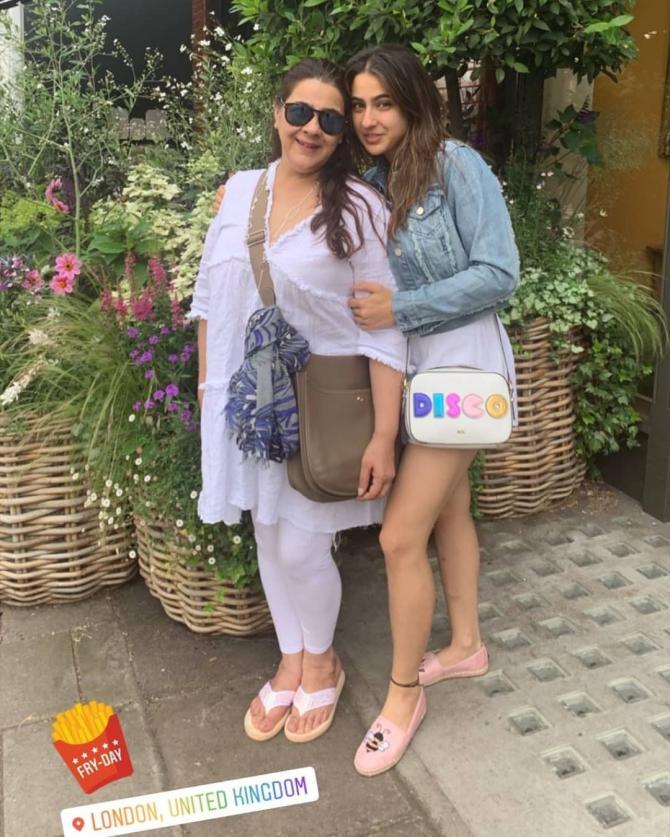 On the work front, Sara Ali Khan will be next seen in the film, Atrangi Re.

Don't miss: Sara Ali Khan Opens Up About The One Thing That She Wants Her Future Husband To Do After Marriage No other person in this world can love you the way your mother does. They are the angels on earth, who have nothing to offer, but unconditional love. Sometimes we take our moms for granted, but the saying maa kabhi khafa nhi hoti is arguably true. One such celebrity mother, who