Sara Ali Khan shared a picture of her good old 'Holi' days, all drenched in colours, posing with the 'OG', her stylish mom, Amrita Singh and younger brother, Ibrahim Ali Khan. Check it out below 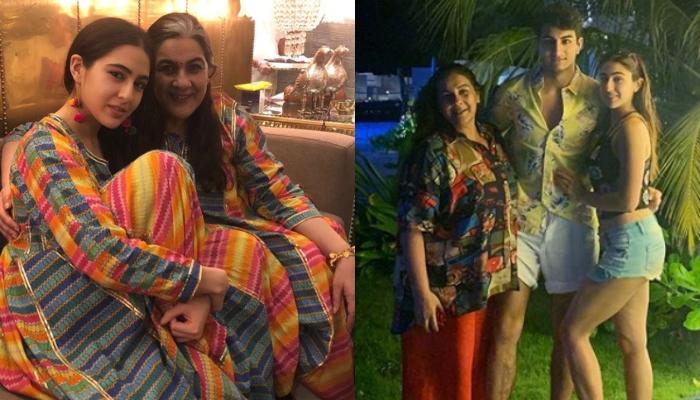 Sara Ali Khan is one of the most loved actresses of the younger generation. And her social media sees insane fan-following and engagements. Sara's humility, down to earth and fun personality has garnered her such a huge fan-following in such a short span of time. If you're a regular stalker of Sara's IG handle (like us!), you would know, that Sara loves to share her childhood pictures. This time, Sara had shared a precious gem from her memory vault, when she used to play Holi as a kid. Scroll down to check out the adorable picture! (Recommended Read: Amitabh Bachchan Became Teary Eyed When Students Of Poland Recited His Father's Poem 'Madhushala')

Some time ago, we had gotten our hands on a throwback interview of Sara Ali Khan with the Filmfare wherein she was asked with whom she's closer to, mom or dad? And she had retorted, "Mom. She's my whole world. I can't function without her. From should I wear this, how did you like the trailer, is this boy good enough...? Her opinion matters in everything. I'm a homely mother's girl. Mom and I are hysterical together. We're just a riot at home. People have a blast looking at us." 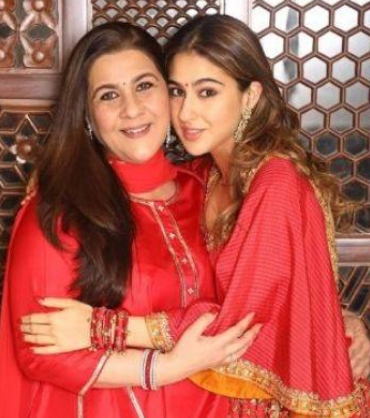 Sara Ali Khan took to her IG handle to recall the good old Holi days when she was a kid, and the whole family used to play Holi like fanatics! She posted a very cute picture of baby Sara, all drenched in colours, looking cute as a button, posing alongside her gorgeous mommy, Amrita and a playful younger brother, Ibrahim. She has also put a funny, quirky caption alongside the picture which can be read as "Mother, Daughter- Iggy Potter. Riot of colours with Water Slaughter. Mommy so young I almost forgot her. Gulaal we threw, off-guard we caught her. But it was healthy fun with no totter. After all, she's mother dearest- the OG Fautor." 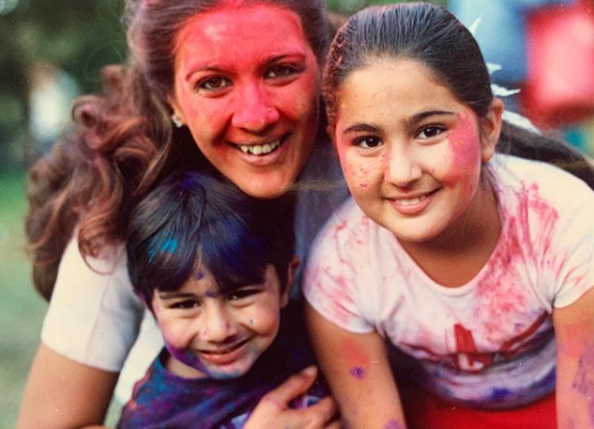 Only some days ago on July 15, 2020, Sara had given a glimpse of her childhood days, but that time it was with her dad, Saif Ali Khan. She had posted a picture with her 'daddy dearest'. In the picture, we could see little Sara resting on her abba, Saif while he was posing for the camera. Alongside the picture, Sara had written, "The one person that has always been the definition of peace, the epitome of love, and the personification of Mickey Mouse. Love you Abba."

For the uninitiated, after 13 long years of marriage, things hadn't worked out between Saif Ali Khan and Amrita Singh. They had parted ways on a cordial note and had moved on in their respective lives. However, the two did not let their separation adhere to their kids' lives. Even though Sara and Ibrahim live with their mom, they have happy access to their dad's life. They have happily accepted the decision of their parents. Who can forget how on the famous chat show of Karan Johar, Koffee With Karan, Sara had defined herself by saying, "Imagine Saif Ali Khan and Amrita Singh have a kid. of course they're both weird. We're all weird." 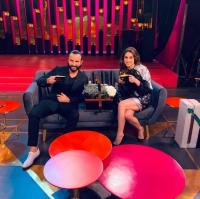 In an interview with the Hindustan Times, Sara had talked about her father and mother and had said, "I know my father very well. Dad is like me, so he says what he is thinking at that particular point. He never really says things for any ulterior motive. I love my mother a lot. I think when you have a lot of time to show a feeling or emotion, it's easier. Mum is a single mother and I am everything because of her but she has every day to show how much she loves me. I don't live with my father so, I haven't felt that [emotion from his side]." (Also Read: Soha Ali Khan Shares Daughter, Inaaya's Lockdown Routine, Says She Has To Hide To Eat Chocolates) 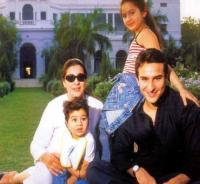 In the same interview, Sara had also talked about how she thinks Saif is a great dad. In her words, "The only thing that I know about dad is that he has always been a great father. He has always been there without even living with us. So, I think he deserves a special hug and love from me for never making me feel that he doesn't live with me because he was, and is always just a phone call away. And that's really comforting." (Don't Miss: Anurag Kashyap Shuts Down Troll Who Mocked His Unsuccessful Marriages With Aarti And Kalki Koechlin) 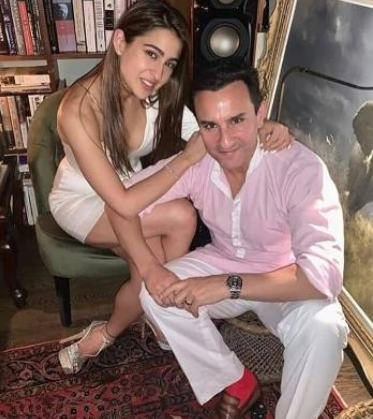 Do you also used to play Holi like this?