Her confidence, amazing acting skills, her on-screen persona, and what not, Saif Ali Khan and Amrita Singh’s daughter, Sara Ali Khan has made everyone go crazy, and she is here to stay. After performing and bagging a lot of appreciation in her first two films, Kedarnath and Simmba, Sara is performing quite well on the professional front. Not just this, her personal life is also on-point as her relationship with step-mom, Kareena Kapoor Khan breaks all stereotypes.

Earlier on Karan Johar’s Koffee With Karan, Sara Ali Khan and Saif Ali Khan appeared together and shared bits about their modern family and much more. Sara had remarked, “Everyone has been clear about their dynamics with me. It has never been confusing. Kareena herself says that ‘look you have a mother and a great one and what I want is for us to be able to be friends.’ My father also never said ‘this is your second mother’ or made it any way uncomfortable.” (You may Also Like: Sonali Bendre Behl Flaunts 20-Inch Scar From Cancer Surgery, Says She Doesn't Find It Ugly Anymore) Now, in an interaction with Filmfare, Sara talked at length about her equation with step-mother, Kareena and how her mother, Amrita has a major role to play. Sara told the magazine, “I’ve been an avid Kareena Kapoor fan. So even today there’s an element of surprise that Poo from Kabhi Khushi Kabhie Gham (K3G) is my stepmother. People say I willed it to happen. I must have. After Sridevi, I’m a Kareena Kapoor fan.”

Further sharing if there has been any awkwardness over Kareena's marriage to Saif, she remarked, “As far as our personal equation is concerned, I was clear from the beginning that anyone who makes my father happy – not specifically Kareena – makes me happy. Anyone, he loves, I love. I don’t need to know who that person is. It’s about my father. Having said that, Kareena and I became friends and have a healthy equation regardless of the fact that we’ve conducted ourselves with dignity.” (Also Read: Rhea Kapoor Turns A Year Older, Sister Sonam Kapoor Ahuja Posts A Million Dollar Throwback Picture) 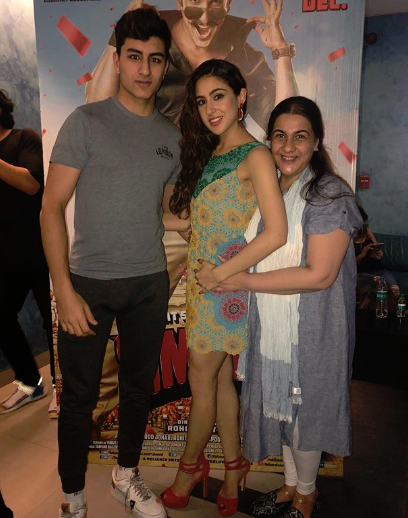 Not just this, the Kedarnath actress gave her mom, Amrita Singh all the credit for her good equation with Kareena. Sara went on to add, “It’s also easy for me to love and accept Kareena because I have a mom, who makes me feel everything’s fine. She got me ready for my father’s wedding with Kareena. So, when you have a mother saying, ‘Yeh earrings mat peheno, doosri chandbali peheno’ and if that’s the vibe at home, then you’re comfortable enough to take anything on.” Earlier, in an interview with Mumbai Mirror, Kareena gave Sara the sweetest compliment and said, “Sara is a rare combination of beauty and brains and that has happened to the Indian film industry after a long time. She can hold a conversation with anyone and at the same time give a shot in which she’s looking absolutely gorgeous. She has all it takes, and I think she will be one of the brightest stars on the screen. I can only hope and pray for the best for her.” (Checkout: Mira Rajput Kapoor Celebrates Her Son, Zain Kapoor's 'Delicious' Half Birthday)

Not just this, Bebo further went on to share if she ever behaves like a ‘second mother’ to Sara and Ibrahim, she replied, “I have always said this to Saif, Sara and Ibrahim that I can only be their friend, I can never be their mother because they already have an amazing mother who’s brought them up spectacularly. I’m meant to be their friend. I love them dearly and whenever I am wanted or my advice needed, I’m there for both at any point in their life.”

Earlier Kareena had revealed, "We're like best friends. Saif refuses to come out with us. She's my bar hopping partner. I enjoy my equation with her. They are the most well brought up children. I always remember Sara standing up and doing adab. Both Sara and Ibrahim are like that. I am like a friend for them.  At times me and Sara chat over a glass of champagne." (Must Check: Ambani Family Celebrates Maha Shivratri With Grand Puja At Antilia Ahead Of Akash-Shloka's Wedding) 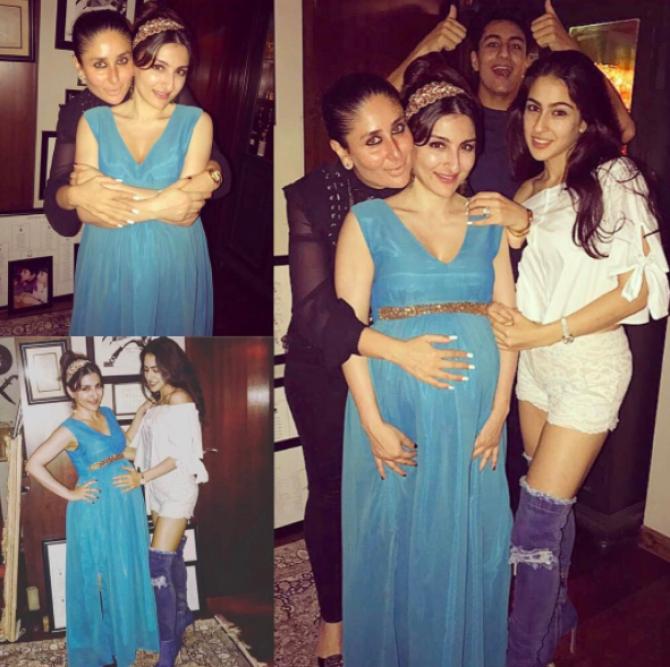 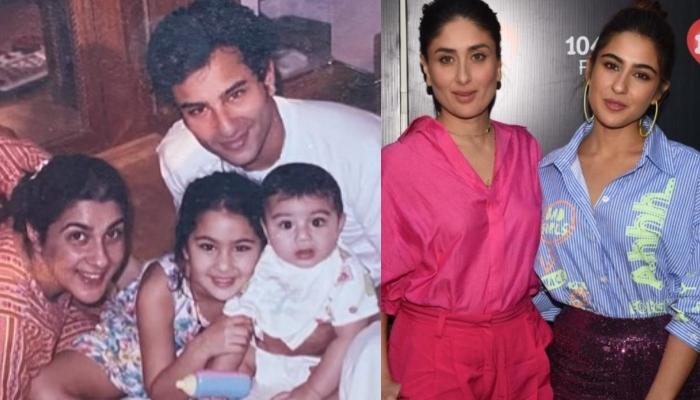 Saif Ali Khan, his ex-wife, Amrita Singh, his wife, Kareena Kapoor Khan and his children, Sara Ali Khan and Ibrahim Ali Khan (from the first wife) and Taimur Ali Khan (from the second wife) have perfectly defined the concept of a modern family. Defying the stereotypical norm that stepmothers can never