There is no greater happiness than to see your sister getting married and the fun doubles up when the nephew is also part of it. Checkout how Sania Mirza's son is all excited for his maasi's wedding!

It is every girl's dream to see her sister in shaadi ka joda and dance on din sagna da with her at her bridal entry. While the thought of saying goodbye to your sister hurts, it is the greatest feeling to see her take the saat pheras. However, the fun doubles up when the nephew is also a part of it. After all, there are only a fortunate few, who can see their maasi's wedding. And ace tennis player, Sania Mirza's son, Izhaan Mirza Malik is one of those lucky few, who will witness his maasi, Anam Mirza's wedding. (Recommend Read: Erica Fernandes And Parth Samthaan Are Back Together, To Give Their Relationship A Second Chance)

The countdown for Sania Mirza's baby sister, Anam Mirza's wedding has begun. She is all set to tie the knot with her long-time beau, Asad Azharuddin. In October 2019, Sania and Anam have gone on a bachelorette trip to Paris with their friends. And the pictures of the same have been trending on the internet. We loved how beautifully Anam celebrated her journey from 'Miss-to-Mrs' with her girlies. 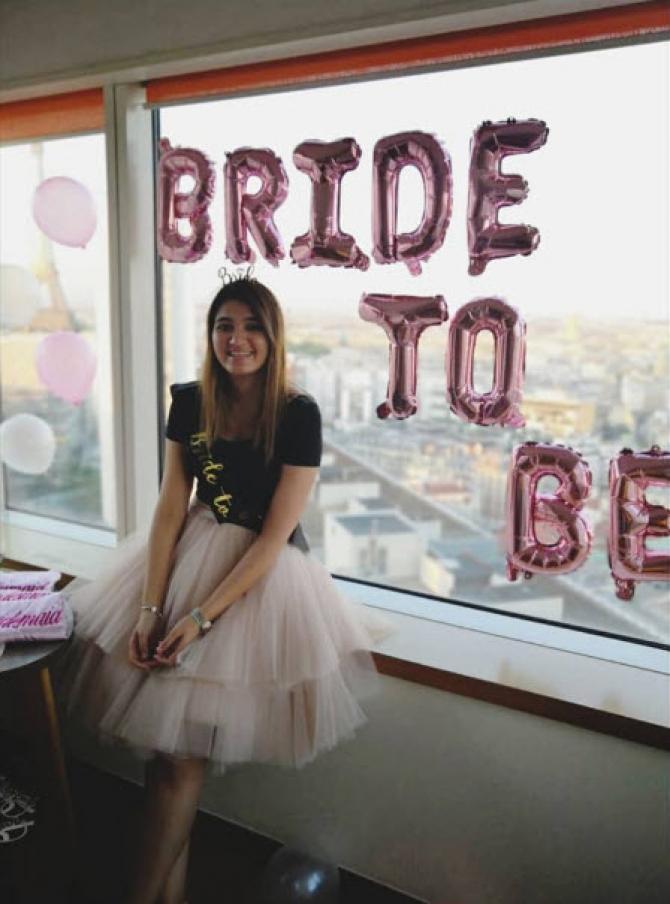 Anam is a winter bride and her family is all geared up for her wedding celebrations. Today, on December 4, 2019, Anam took to her Instagram handle and shared a cute picture of her nephew, Izhaan Mirza Malik. In the picture, we can see little Izhaan holding a wedding signboard which welcomes the guests to Anam and Asad's wedding celebrations. Alongside it, Anam wrote, "Welcome to AnsiKoo and Asad Khalus wedding." Check out the picture below: 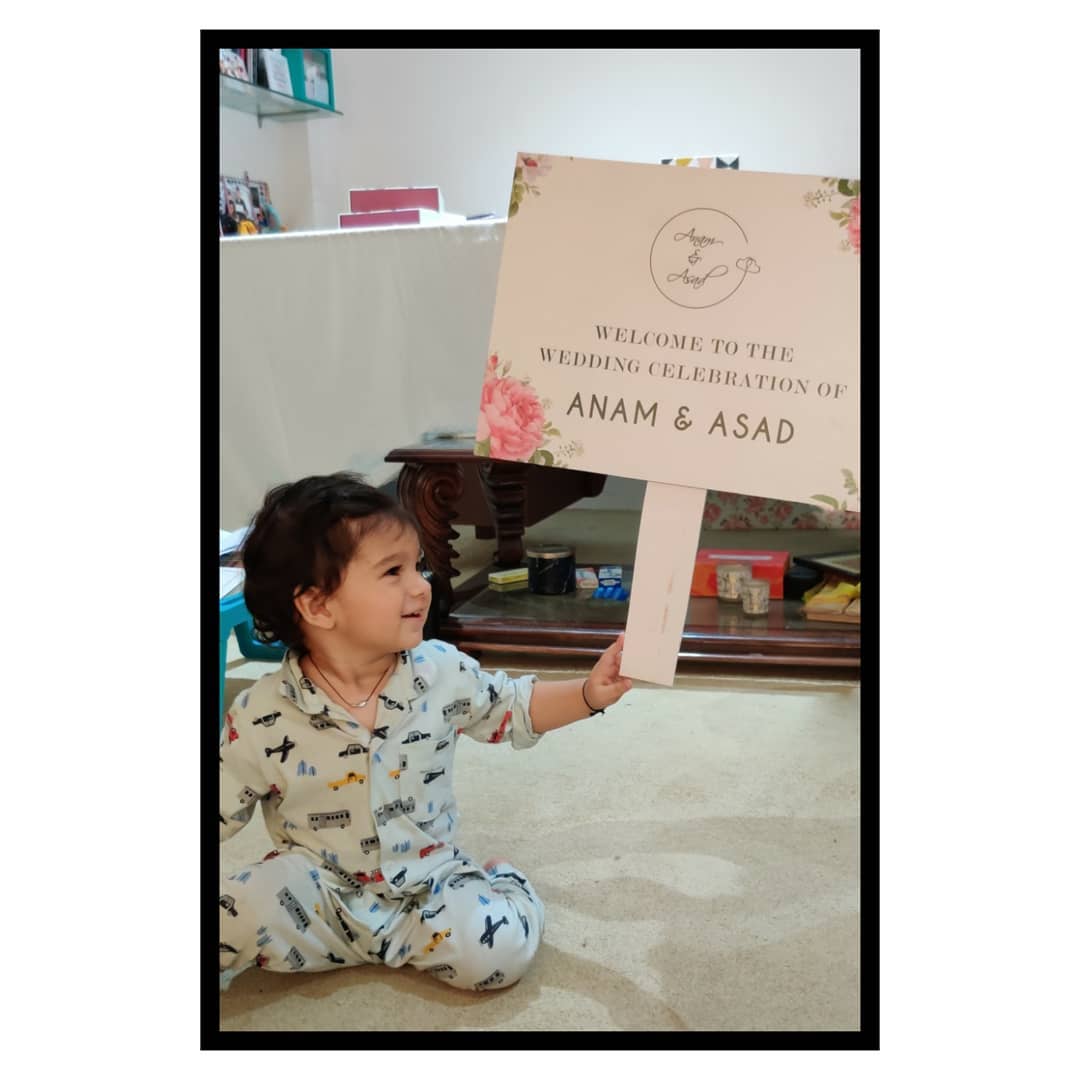 Anam's wedding rumours have been making the rounds in the Tinseltown for quite some times, and in October, her sister, Sania had confirmed all the speculations. In an interview with The Times Of India, she had shared, "She (Anam) is actually getting married in December. We just came back from her bachelorette trip to Paris. We are really excited. She is marrying a lovely boy. His name is Asad and he happens to be the son of Mohammad Azharuddin and we are really excited about it." 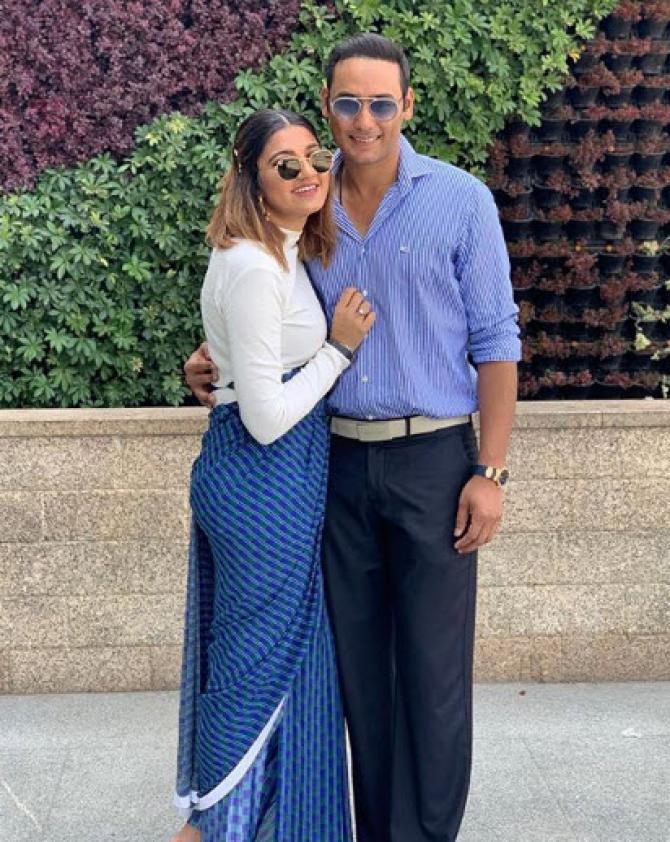 For those who don't know, Anam was earlier married to Akbar Rasheed and had tied the knot on November 18, 2016, in Hyderabad. However, the two had parted ways after one-and-a-half years of marital bliss. As per a report of Pinkvilla, a source close to the Mirza family was quoted as saying, "The reason for the split is still unknown but we believe the divorce proceedings have come through. Meanwhile, Anam continues to focus on being the stylist for her sister and running her fashion outlet." We are all happy to see Anam restart her life with the man of her dreams, Asad. (Also Read: Rashami Desai Talks About Her Relationship With Rumoured Bf, Arhaan Khan, Reveals Wedding Plans Too) Anam is really close to her sister, Sania and the sister duo make sure to celebrate each other's every little occasion. On Anam's birthday (February 24, 2019), Sania had shared an adorable picture with her baby sister, Anam. Along with the picture, she had written a heartfelt note that could be read as, “Happy birthday my rock, my baby, my best friend Here’s to many years of secret conversations in a crowd of 50 and laughing our hearts out while everyone thinks we are mad I am the luckiest you are my baby sister.” On November 15, 2019, Sania Mirza had celebrated her 33rd birthday with her sister, Anam, and her soon-to-be jiju, Asad Azharuddin and their close friends in Goa. Asad had taken to his Instagram to wish her and had written a cute note that could be read as “Found a sister in a sister-in-law. Happy Birthday, Api. You’re a perfect example of an amazing sportsperson and an even better human being.”  (Don't Miss: Kiara Advani Reveals Details About Her Dream Man, Says She Is Looking For A Perfect Match) Well, we cannot wait to see Anam as a bride! What about you?