Being a celebrity in India or rather in any part of the world comes with a lot of perks. As much as the celebrities enjoy their stardom, so much under the radar they are. And with the advent of social media and paparazzi culture, we always get first-hand information about our favourite celebrities. And hence, every little detail of these superstars makes it to the headlines these days. Tollywood celebrity couple, Samantha Ruth Prabhu a.k.a Samantha Akkineni and Naga Chaitanya a.k.a Naga Akkineni aren’t treated any special by the netizens online. (Suggested Read: Dharmendra And Hema Malini Visit The Newborn And Esha Deol In The Hospital With A Box Of Sweets)

Samantha Ruth Prabhu and Naga Chaitanya got married on October 06, 2017, in a dreamy 2-day affair. They took the nuptial plunge in a typical South Indian wedding as per the Hindu rituals and then, a day later, in a white Christian wedding. Ever since Samantha and Naga have got married, the rumours about their baby and former’s pregnancy have been doing rounds like how.

Samantha Akkineni's Latest Picture With Hubby, Naga Chaitanya And Their Pooch Is Too Cute For Words 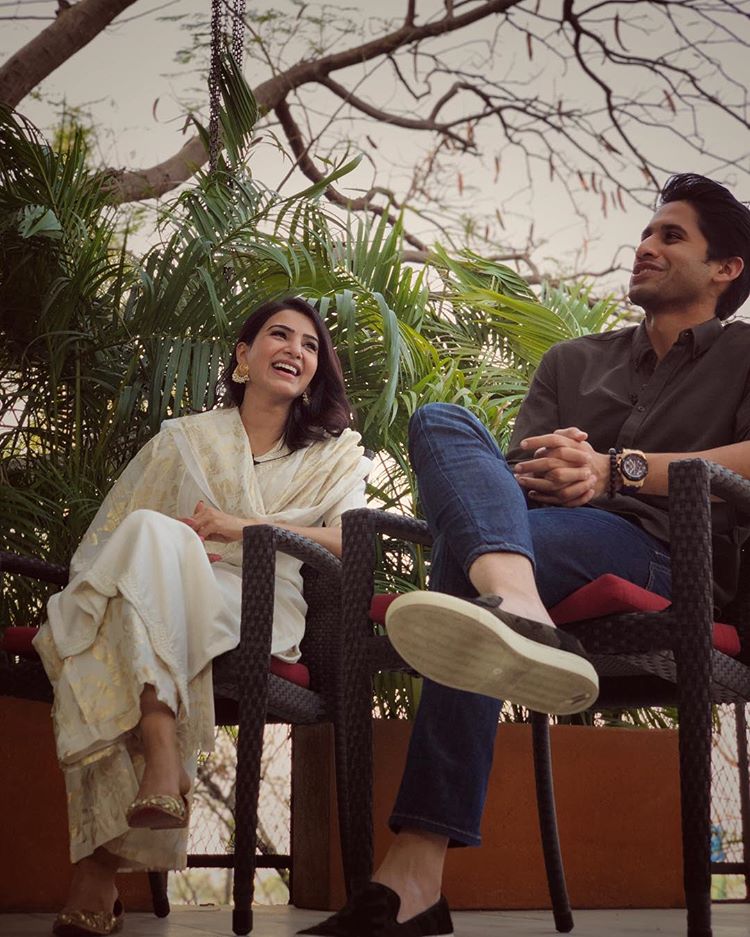 In a similar stance, Samantha Ruth Prabhu has now openly refuted rumours about her pregnancy. What happened was that a media group took to Twitter to post an article related to the same and captioned it as, “Is #Samantha Pregnant?” And guess what? Samantha herself replied to the post by wittily commenting, “Damnnn ....... is she? When you find out please let us know.”

Samantha, time and again, has put a cork to the bottle of such speculations. In fact, during an interview with the DNA once, she had said how her baby will be her world, “When I have a child, that child is going to be my universe. I had the greatest respect for working mothers. My childhood was not very rosy. For all adults, who haven’t had a very rosy childhood, the first thing they will tell you is that they want to give their child everything that they did not have. That’s something that has stuck with me. So I think the first few years after I have a child, I would not be anywhere. That child will be everything for me (sic)”. 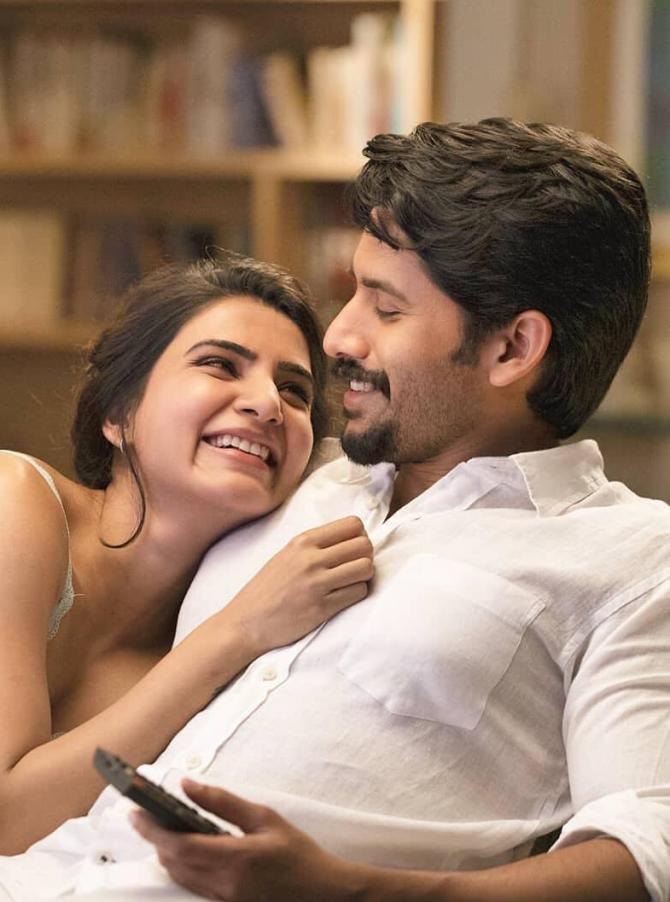 In another interview, talking about her and Naga’s family planning, Samantha was quoted as saying, “I have put a date as to when I want my baby. The date has been fixed! Like, as if that’s going to happen according to the date we have fixed! But Chay (Naga Chaitanya) seems to be certain that it will happen on the assigned date!” (Don't Miss: Vivan Bhathena Becomes A Father For The First Time, Introduces His Little One In Game Of Thrones Way) 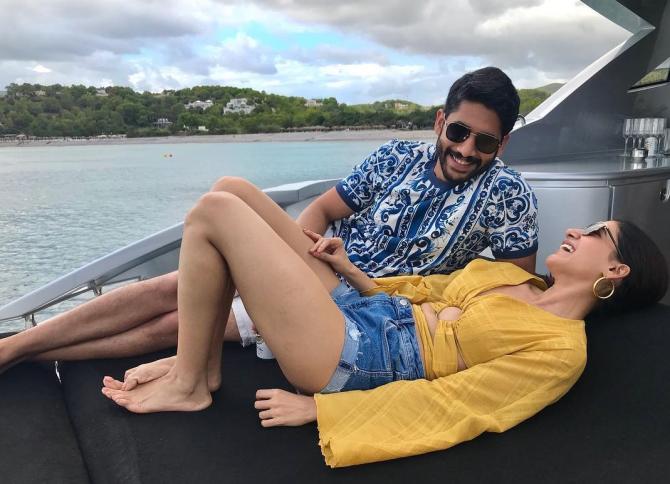 Samantha and Naga had been dating for almost a decade before getting married in 2017. Sharing their love story, the Tollywood actress had once revealed to an online tabloid, “It took us eight years to be at the same point. Because there were times when I really liked him, and he was not in that space. And there were times when we wanted to work it out, but external factors. It took us a very long time to be in the same space.” 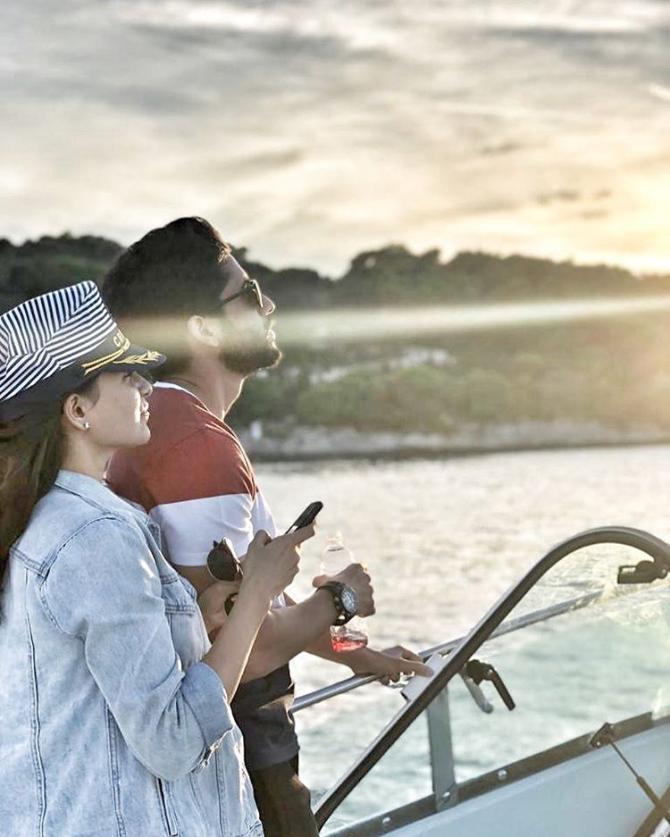 Samantha was also asked if her life has changed after her marriage. She had retorted, “Chay (Naga Chaitanya) and I have a very normal approach to things; from writing our provision list to deciding the menu for dinner, to seeing if everything is there at home. Day-to-day activities are organised by us. I like to do that at home.” 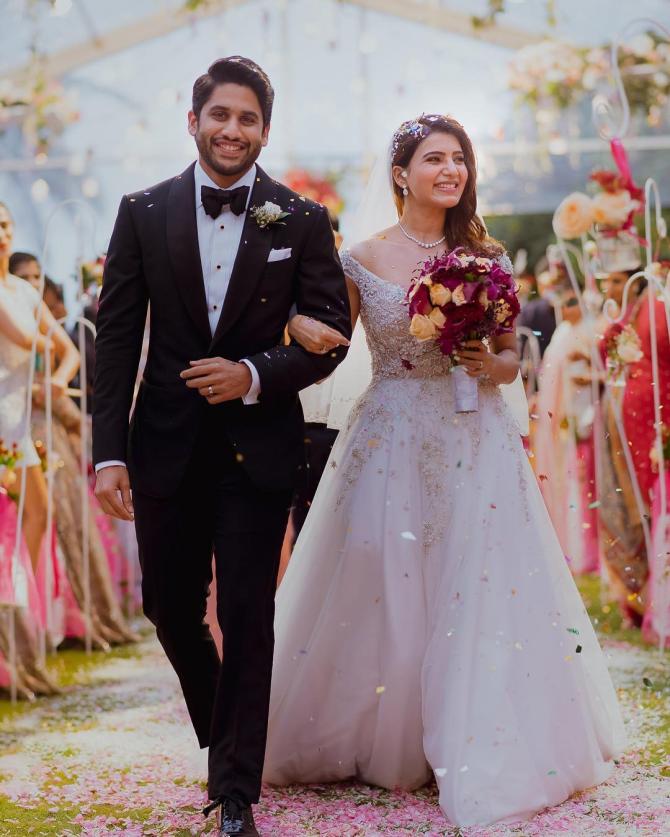 After their marriage, it was speculated that Samantha would quit her acting career to give her full time to the family. However, her doting husband, Naga had told a media portal, “Sam won’t quit films as she is super busy with multiple projects currently. She may take a break, but she won’t quit now”. It must be mentioned here that before their wedding, when the doting hubby was asked about the same, the supportive husband had shared, “Whether she chooses to do one film or ten is entirely her choice. But she will continue with her career after marriage”. 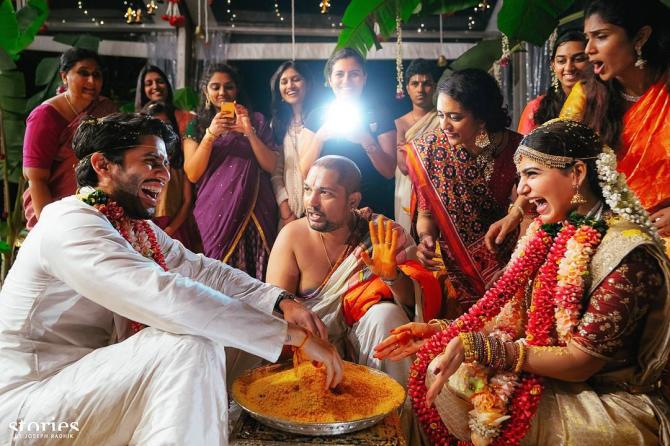 Samantha and Naga are definitely a doting couple and their social media PDAs is just another poof of the same. When they were celebrating their first marriage anniversary on October 06, 2018, Samantha had posted the most heartfelt anniversary wish for her husband and had written, “The greatest thing about my life is that I come back home to you every day. Happy anniversary to the part of me I am most proud of @chayakkineni.” (You May Like: Anand Sonam Ahuja Surprises Sonam Kapoor Ahuja On Her Sets, She Couldn't Stop Blushing, Pic Inside) Samantha Ruth Prabhu’s witty and candid way of refuting rumours surrounding her pregnancy has won our hearts. What about you? Share your views!