Urfi Javed shared a series of stories on Instagram in response to Sajid Khan's inclusion in Salman Khan's controversial show, 'Bigg Boss 16', soon after Sona Mohapatra raised her voice against it.

The makers of the show, Bigg Boss 16 are receiving a lot of criticism for including famous director and producer, Sajid Khan in their show. The decision is getting questioned as Sajid was accused of sexually assaulting six actresses and models. The six models include Rachel White, Paula, Saloni Chopra, Mandana Karimi, Aahana Kumar, and an unnamed female journalist. The Housefull director was accused of sexual misconduct back in October 2018, during the famous #MeToo movement.

On October 5, 2022, Sona Mohapatra had taken to her Instagram handle and had shared a video in which she penned a note, which was directed towards the makers of Bigg Boss 16. In her message, Sona asked strong questions from the makers and people, who are in support of Sajid Khan. The singers mentioned how people celebrated Navratri and enjoyed Sajid Khan's inclusion in Bigg Boss 16 with so much entertainment. Her caption with the video could be read as:

A few hours ago, Urfi Javed penned a series of notes on her Instagram stories, and all of them were directed towards renowned producer, Sajid Khan, who is currently a contestant in the show, Bigg Boss 16. Right from the beginning, Sajid's inclusion in the show was questioned by a lot of celebrities and netizens, as he was accused of #MeToo allegations in the past. However, despite having such a controversial history, the makers of the show put him straight into the biggest reality show in India. After which, it was Urfi Javed, who shared her thoughts on the same and trolled Shehnaaz Gill for supporting a 'sexual predator' like Sajid Khan. The note in Urfi's IG stories can be read as:

"Can we stop praising this sexual predator!! Gosh you all are making him a hero! He's an a%$hole! Kya script ke through hasaya isne? His films are cringe AF! Or real life mein toh isne na jaane kitni ladkiyo ko rulaya hain!! We can't forget that!! If women like Shehnaaz Gill, Kashmera Shah are free to support a sexual predator, I'm free to criticise him and both of them too!!" Not only this, but Urfi Javed also penned another note in her Instagram stories, in which she clearly fired shots at the makers of Bigg Boss 16. The model stated there's a bigstated difference between picking up controversial and disgraceful celebrities. She added that Sajid Khan's inclusion in Bigg Boss 16 is rightly a massive disgrace to the show. Her note can be read as:

"Bigg Boss, why would you do that? When you support sexual predators, you're actually telling them that it's okay what they have done. These men need to know this behaviour is not okay and they cannot get away with it. Stop working with sexual predators! It's not controversial, it's just disgraceful! Sajid Khan never apologised for what he did! Imagine what the girls he harassed must be feeling? So you don't really have to worry because even if you harass multiple women you will still get to be on the biggest show in India!! Controversy ke liye aap har cheez thode support karenge! #Colors stop supporting sexual predators!!! #biggboss #colors #disgraceful." For the uninitiated, when Sajid Khan had appeared on Salman Khan's show, Bigg Boss 16's premiere, the director had shed some light on the sexual assault allegations against him during the #MeToo movement. Reflecting on the role those accusations had played in his life so far, the filmmaker had admitted that the last few years have been quite challenging for him. Opening up about the same, Sajid Khan had said: 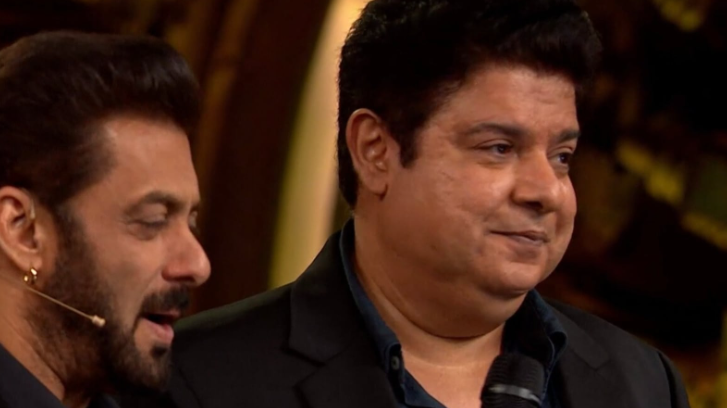 What are your thoughts on Sajid Khan's inclusion in Bigg Boss 16? Do you think it is the right move from the makers of the show? Let us know.