Celeb weddings seem unstoppbale this season. One after the other, our favourite stars are being officially taken. First it was DeepVeer, then Nickyanka followed by Kapil and Ginni, and many other star weddings. One such similar wedidng took place on December 14, 2018 when Saina Nehwal got married to the love of her life, Parupalli Kashyap. (Suggested Read: Salman Khan, Malaika Arora Attend Sohail Khan's Son Nirvaan's Birthday Bash, Pics Inside)

Saina Nehwal shared the following wedding picture on social media earlier with her hubby, Parupalli Kashyap and beautifully captioned it, "Best match of my life #justmarried." The bride looked ethereal in her powder blue lehenga and minimal makeup and ornamentation, and her groom dappered in a pink kurta and white pyjamas. This is the pic Saina shared: 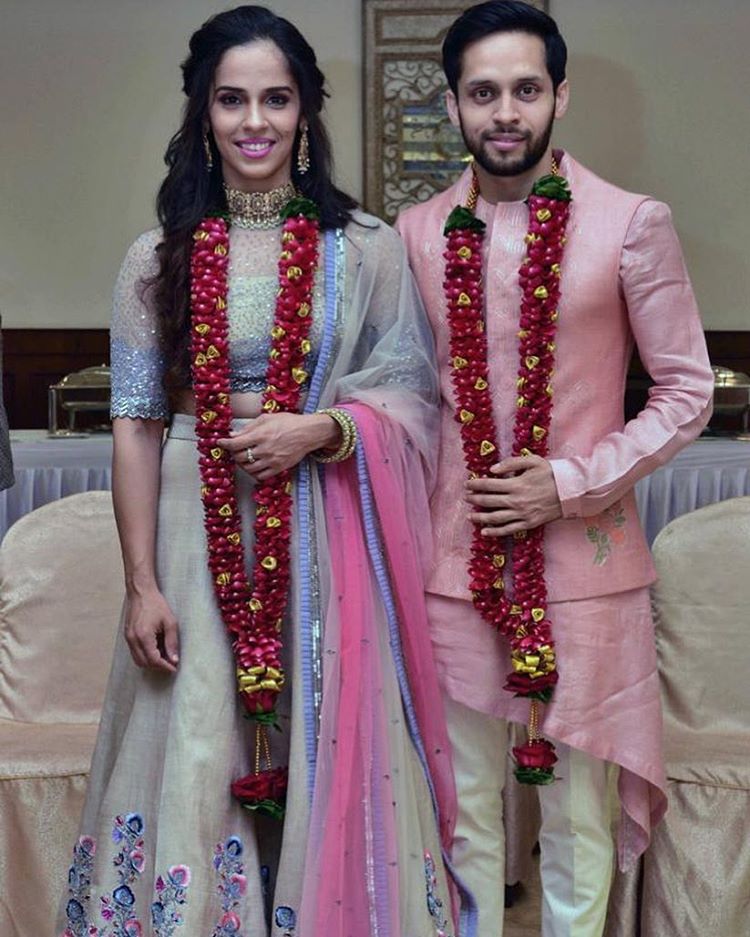 Earlier, a report from a media house had suggested that the wedding would take place on December 16. As per the report, "Both families had been planning the wedding for a while now. Now they have finalised the date. The arrangements are all for December 16." (You May Like: Shah Rukh Khan Calls Wife, Gauri Khan 'Timeless' Seeing Her Dance Pic From Isha Ambani's Sangeet) 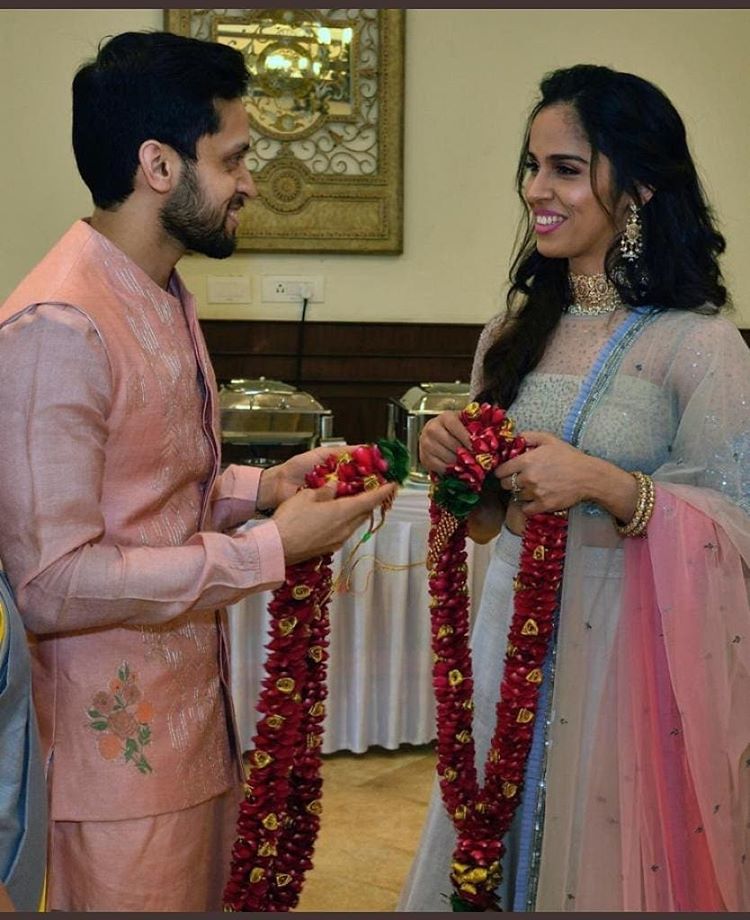 In an interview earlier, Saina had confirmed her wedding with Parupalli and had said, "We started travelling for bigger tours from 2007-08 onwards. We played tournaments together, trained together and slowly, started paying more attention to each other's matches. In the competitive world that we live in, it is difficult to get close to someone. But somehow we both found it very easy to talk to each other, talk about our matches. The feeling gradually grew." 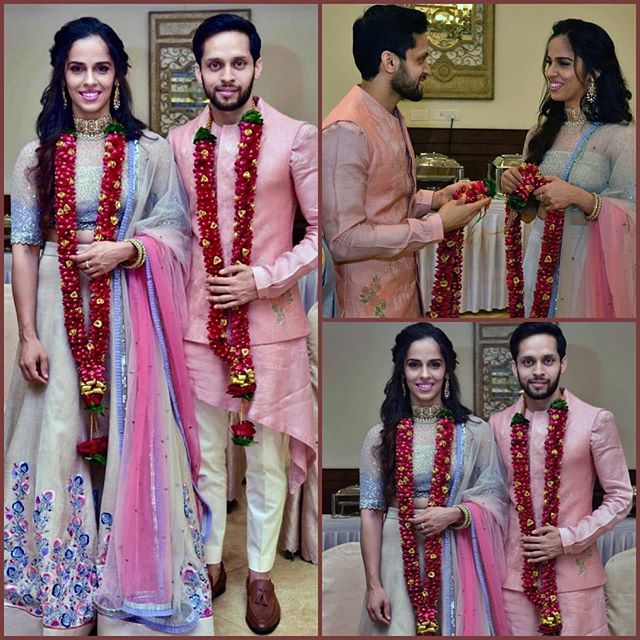 When Saina spoke about her relationship with Parupalli, she had said, "We didn't think about marriage before. The career that we pursue is very demanding. It is very important to win tournaments and we didn't want to shift our focus by getting married earlier. A player needs treatment and attention just like a baby. At home, I get everything without asking, but this will change once I get married. I will be equally responsible of doing things on my own." (Don't Miss: Chloe Ferns Sangeet And Mehendi Celebrations, Television Celebs Rock The Night [Pictures Inside])

Aren't the two looking stunning in their wedding reception?