Saif Ali Khan finally revealed why his son, Jehangir Ali Khan was showing tantrums in their Diwali pictures. Read on!

Saif Ali Khan and Kareena Kapoor Khan are probably parents to the cutest kids in B-town. Taimur Ali Khan and Jehangir Ali Khan have their own fanbase, and paparazzi go gaga to click them whenever the Pataudi boys step out in the daylight. Whether it's because of Bebo and Saif’s legacy or their popularity, Taimur and Jehangir already enjoy millions of admirers even at such a mere age.

As we all know, Kareena Kapoor is quite photogenic and a social media butterfly, so the one thing she loves is taking uncountable pictures. On every occasion, she makes her family pose for the lens. And in a recent media interaction, Saif revealed how Bebo forces him and their kids to pose, which sometimes irks the little Kapoor member, Jeh. 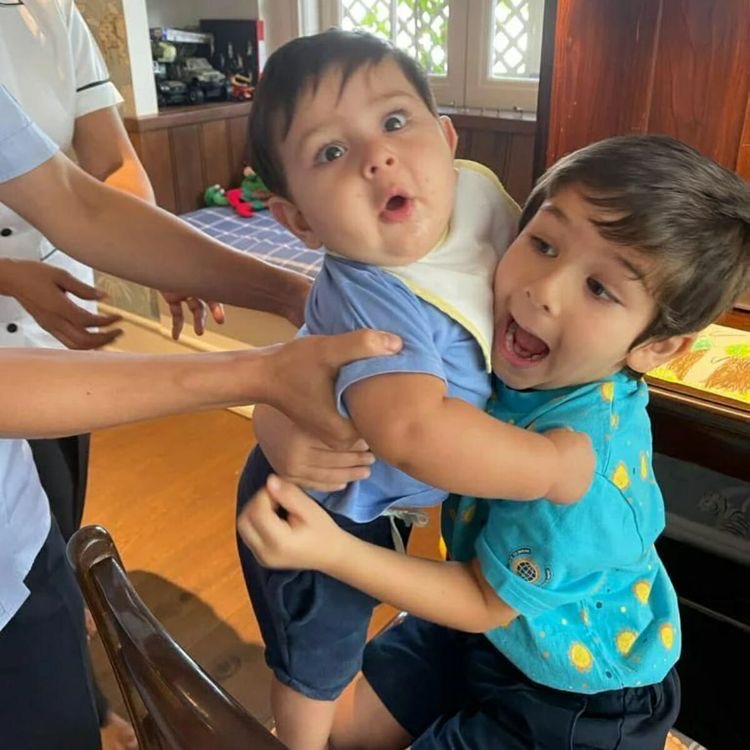 In a candid chat with CNBC-TV 18, Saif Ali Khan was asked about their famous Diwali picture, in which Jehangir was seen lying on the floor in an attempt to avoid getting clicked. Decoding Jehangir’s hilarious tantrums, Saif replied that he himself doesn’t like to pose for pictures, but Bebo makes him do all this. He added how Taimur and Jeh also feel the same, but Tim Tim behaves like a grown-up and abides by his mom, while Jeh doesn’t listen to anyone. He said:

“My wife is the lady who makes us pose for these pictures. Taimur grudgingly agrees, and I also grudgingly agree, but Jeh is having none of it so we are laughing because we all are feeling like that. So we say let’s just take the picture like this because that’s how it is.” 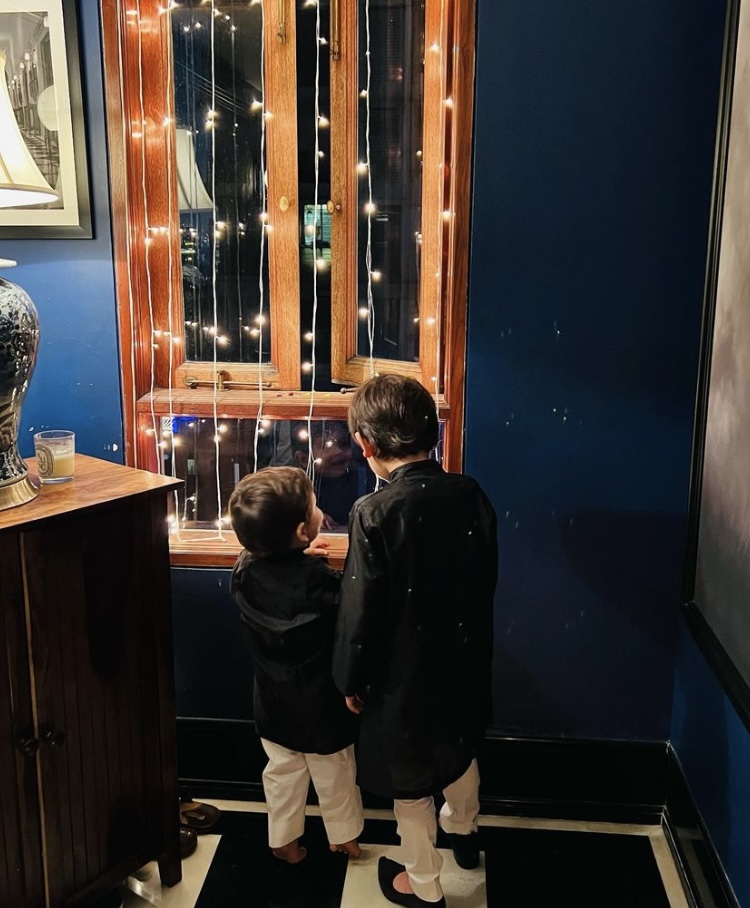 On August 24, 2022, Saif Ali Khan’s younger sister, Saba Ali Khan, who is a jewellery designer by profession, had taken to her IG space and had dropped unseen glimpses from Saif’s birthday bash. In the pictures, we could spot the birthday boy blowing the candles of the two scrumptious cakes. Moreover, we spotted him lovingly feeding the chocolate cake to Taimur while Jehangir was making an adorable reaction which is unmissable.

Also Read: Sanjeeda Shaikh Flaunts Her Toned Body In A Bikini As She Plays With Daughter, Ayra At The Beach 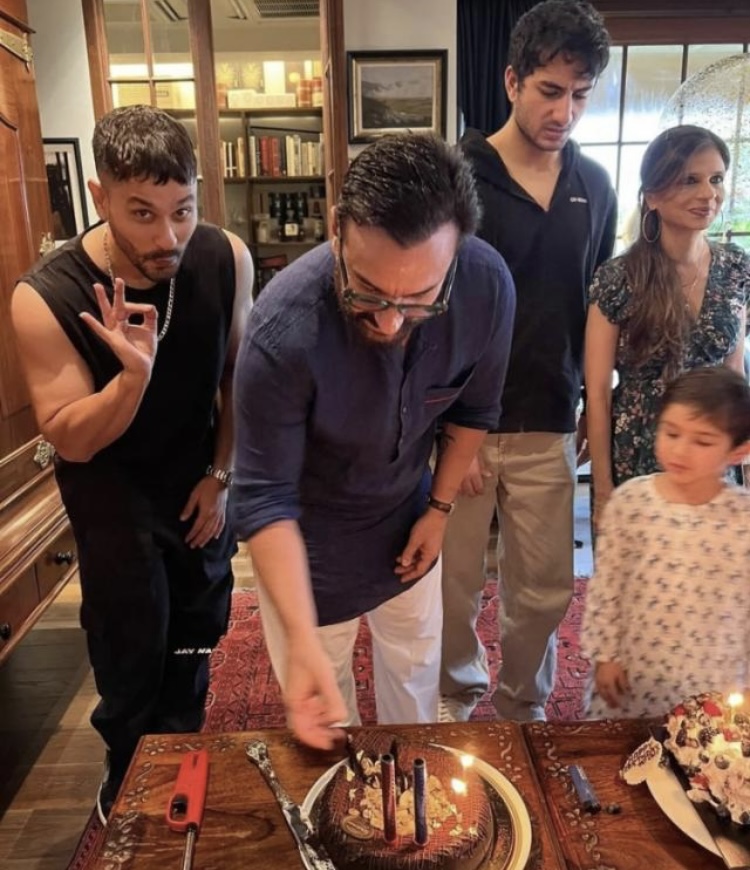 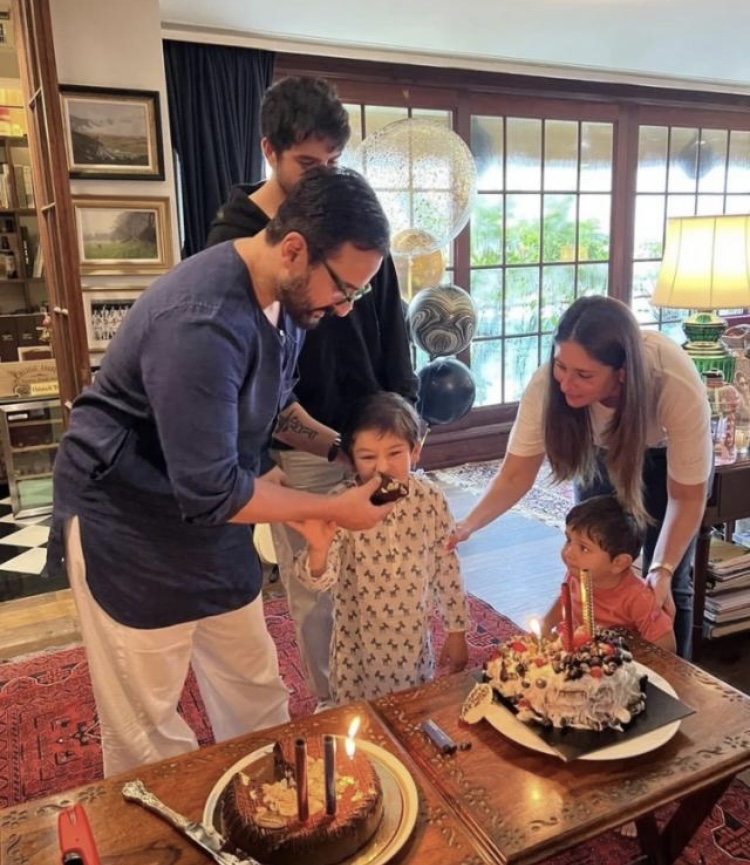 Earlier, in an interview with IANS, Saif Ali Khan had bared his heart about embracing fatherhood at the age of 51. Explaining how he has become more stable after the arrival of the bundle of joy, Jehangir, Saif had stated:

“I think there is a certain amount of more patience and stability in life. I was more impatient earlier, and little more concerned with what I’m doing and where I’m going, and (it was) unsettling generally. (I was) trying like most people to balance, trying to be stable for children at the same time, the instability of your own career. But now, I think I am more settled. I’m in a position to just enjoy having family around and having children around. It’s a good phase.” 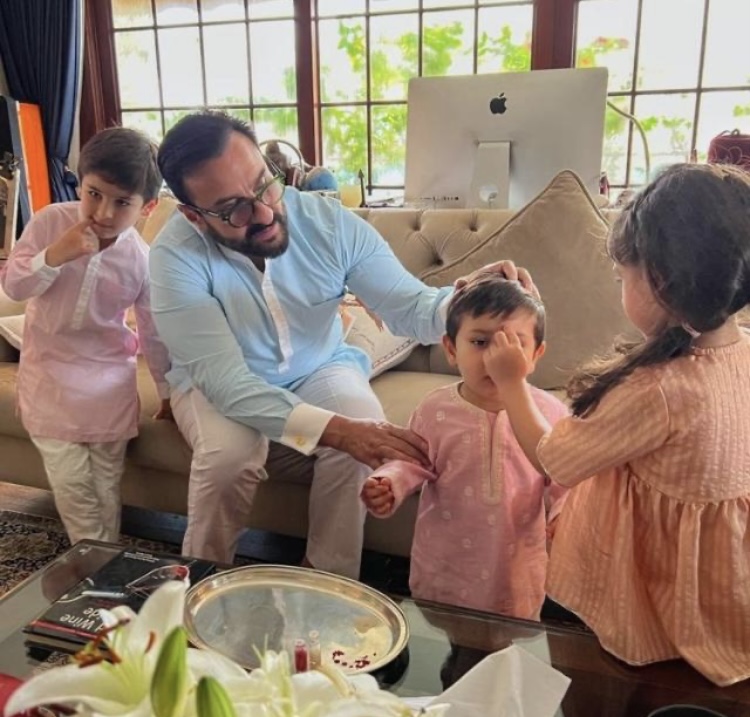 We love how Saif Ali Khan and his kids abide by Kareena like a true gentleman would do!

Next Read: Anam Mirza Drops Daughter, Dua's Cutesy Picture Of Twinning With Izhaan, It's All About Sibling Bond