Kareena Kapoor Khan is back with her radio chat show, 'What Women Want' and we can't wait to witness her wittiness and interaction with celebs including her hubby, Saif Ali Khan. 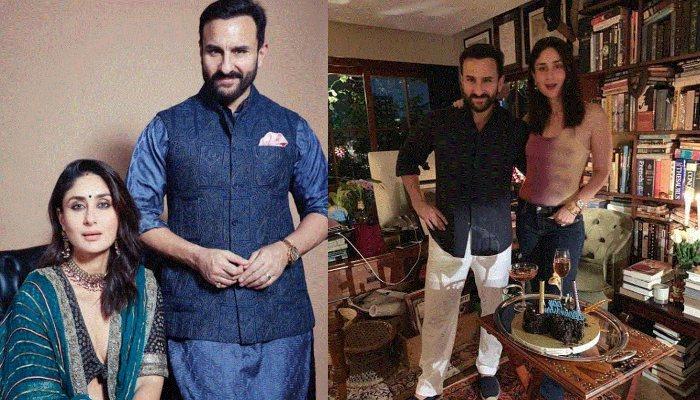 A successful marriage requires falling in love many times, always with the same person- Begum of Pataudi, Kareena Kapoor Khan swears by this phrase and in many interviews, chat shows and media interactions has confessed that even after many years of togetherness, she still falls in love with her hubby, Saif Ali Khan every day. Kareena and Saif are one such couple that perfectly fits in all our hashtags of a perfect marriage, couple, relationship, etc. The duo truly believes in the notion of ‘love can happen twice’ and have found their perfect life partner in their second innings in love. Married for seven years, the Nawab and Begum of Pataudi are one of the most adored couples of Bollywood. (Recommended Read: Varun Toorkey Posts An Adorable Picture With Rumoured GF, Surbhi Jyoti, With A Cryptic Caption)

Earlier, the concept of the second marriage was considered a taboo but in today’s world, it is perfectly ok to leave a toxic marriage and find love. Saif Ali Khan fell in love with Kareena Kapoor while he was in a relationship and a father of two lovely kids with his first wife, Amrita Singh. While working in the movie, Tashan, the duo fell head-over-heels in love with each other and just a year in the relationship Saif had taken a bold step of tattooing Kareena's name on his forearm. After dating for five years, Saif and Kareena had tied the knot on October 16. 2012. They are proud parents to a little munchkin, Taimur Ali khan and have been perfectly juggling between their work commitments and nurturing their adorable bundle of joy ever since.

After successfully ruling the Bollywood industry, Kareena Kapoor Khan has been taking bold decisions and trying new opportunities that are coming her way. She had started to judge reality shows and host her own radio chat show on Ishq 104.8 FM named, What Women Want. The second season of the show will be aired from December 12, 2019, and we can’t wait for Bebo to again spread her magic. In the latest promo of the show, we could see her hubby, Saif Ali Khan also making an appearance on the show and give a hilarious reply to one of her questions. In the promo that is going viral on the internet, Bebo asked Saif, “One mistake that should never be done in a marriage?” to which, Saif gave a hilarious reply and said, “Don’t attack the maid.” Isn’t it hilarious?

Do you know Kareena Kapoor rejected Saif Ali Khan’s marriage proposal twice before finally saying yes? In an interview with Pinkvilla, Kareena had shared that Saif proposed to her but every time she said she don’t know. She was quoted as saying, “He did tell me that ‘I think we should get married’. He told me that in Greece and he told me that in Ladakh as well. And at that time, I was like ‘I don’t know because I don’t know you’. So, it was not really a ‘no’ but it was more like an ‘I want to know you better.'" Bebo concluded by saying that their marriage is the best decision of her life. (Suggested Read: Sunil Chhetri Reveals How He Married His 'Biggest Fan' And Coach's Daughter, Sonam Bhattacharya)

When Kareena Kapoor had decided to add Khan to her surname at the peak of her career, she was advised to think about her decision, but Bebo had listened to her heart and tied the knot with Saif. In an interaction with Humans of Bombay, Kareena had talked about her marriage with Saif and shared her love story. She had revealed, “When I thought I was falling, Saif caught me. I’d met him before, but while we were filming Tashan, something changed. I wore my heart on my sleeve! He was so charming; I fell for him hook, line & sinker. I remember while shooting in Ladakh & Jaisalmer, we’d go on long bike rides for some alone time. We’d enjoy the beauty, have great conversations & just bond!"

Saif Ali Khan is 10 years older than Kareena Kapoor Khan and was in a relationship when she fell in love with him. During the same interaction, Kareena had added, “He’s 10 years older than me & has 2 kids. But for me, he was just Saif–he helped me heal & love myself. Maybe it was the fact that we’re so different–he’s more private & not ‘Bollywoodised’, but I imbibed that from him. I learned to balance things & not let them get to me. We'd been dating for a while when he said he’s not 25 & can't keep dropping me home every night. So, he told my mom, ‘I want to spend the rest of my life with her. We want to live together.' My mom was cool with it. It’s so easy with him. Even when we decided to get married, it felt right." 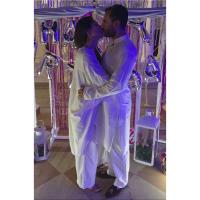 Saif and Kareena are perfectly balancing their professional and personal life. In an interaction with the Hello! Magazine, Saif had shared how he and Kareena manage to strike a perfect balance between their work and personal life. He was quoted as saying, “Kareena and I don’t live just for our work, we do believe in balancing it all out, we work hard so we can enjoy having time to hangout as a family, enjoy a nice holiday, have nice meals; one without the other would become ayaashi, or then too much of a drag. That balance we both instinctively understand.” (Must Read: Vishal Aditya Singh's Ex, Madhurima Tuli To Enter The 'Bigg Boss 13' House As A Wild Card Contestant) 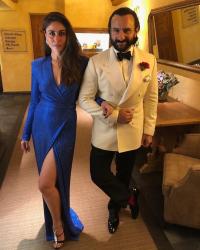 We can’t wait for the full episode to telecast and see Kareena ad Saif’s chemistry on-screen!