On 'The Kapil Sharma Show', Saif Ali Khan shared a hilarious story about how his and Kareena Kapoor's plans to have an intimate wedding had turned into an expensive one.

While getting married, the families and the couple are often confused about whether they should go for an intimate wedding or for a big fat Indian wedding. When we think of our favourite celebrities, their intimate weddings too are grand! However, did you know that Saif Ali Khan and Kareena Kapoor wanted a low-key wedding, which eventually turned into one of the biggest weddings of Bollywood to date? Well, Saif Ali Khan shared the details about the same.

For the unversed, Saif Ali Khan and Kareena Kapoor had fallen in love with each other on the sets of their film, Tashan. After living together for five years, Saif and Kareena had tied the knot in a registered marriage in 2012. However, they had a star-studded sangeet, mehendi, nikaah and after-party. What looks like a low-key affair when one thinks about a registered marriage turned into an extravagant event, and it is said that their royal wedding had cost around Rs 10 crores. 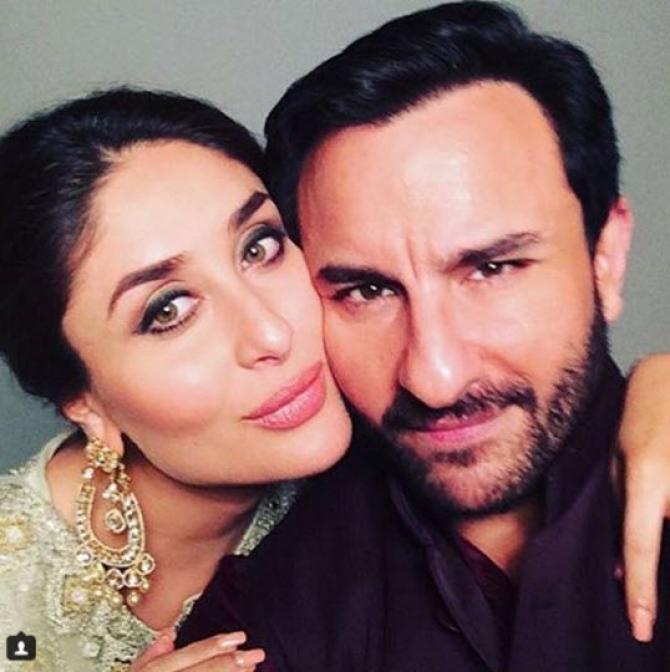 Saif Ali Khan will be seen gracing The Kapil Sharma Show with Yami Gautam and Jacqueline Fernandez to promote their film, Bhoot Police. The show's host, Kapil Sharma, teased Yami, who had tied the knot with Aditya Dhar in a low-key wedding as advised by her maternal grandmother. On this, Saif recalled his wedding with Kareena Kapoor Khan and how they had planned for an intimate wedding. In another video released by the makers of The Kapil Sharma Show, host of the show, Kapil Sharma could be seen asking Saif Ali Khan, what he did during the COVID-19 lockdown. His hilarious reply made everyone ROFL as he answered saying, "First lockdown, maine French aur cooking seekhi, second lockdown mein bachcha." Along with his answer, Saif pumped his fist in the air, flaunting his achievement during the lockdown.

In October 2020, Saif and Kareena had celebrated their eighth anniversary. Kareena had posted a cosy romantic picture with her hubby, Saif, and had revealed the key to their happy married life. In her caption, she had mentioned how their ‘happily ever after’ had started, and had written, “Once upon a time there was a girl named Beboo and a boy named Saifu. They both loved sphagetti and wine... and lived happily ever after. Now you guys know the key to a happy marriage. On that note, happy anniversary SAKP... here’s to eternity and beyond.”

For the unversed, Saif Ali Khan and Kareena Kapoor Khan had tied the knot on October 16, 2012. Kareena Kapoor Khan and her love for Gstaad is well-known! We have often seen her post about her memories from the place, of course, because the pandemic has limited down the travel. Kareena along with her husband, Saif Ali Khan and son, Taimur Ali Khan used to make a yearly