Rupali Ganguly opened up on how her husband, Ashwin K Verma catches her nuances on the television show, 'Anupamaa'. Read on to know about his reaction.

Television actress, Rupali Ganguli rose to fame with her popular show, Sarabhai vs Sarabhai. Currently, she is working in the television serial, Anupamaa, and has garnered a lot of appreciation and love from the audience. However, what caught our attention was her husband, Ashwin K Verma's reaction to her romantic scenes with co-star, Gaurav Khanna, on the sets of their show.

For the unversed, Rupali Ganguly had tied the knot with her soulmate, Ashwin K Verma on February 6, 2013, and later in 2015, they had welcomed their son, Rudransh into their lives. On their 9th wedding anniversary, Rupali had taken to her IG handle and had shared a romantic picture with her hubby, Ashwin. Sharing the photo, she had penned a sweet note for her loving husband in the caption, which could be read as: 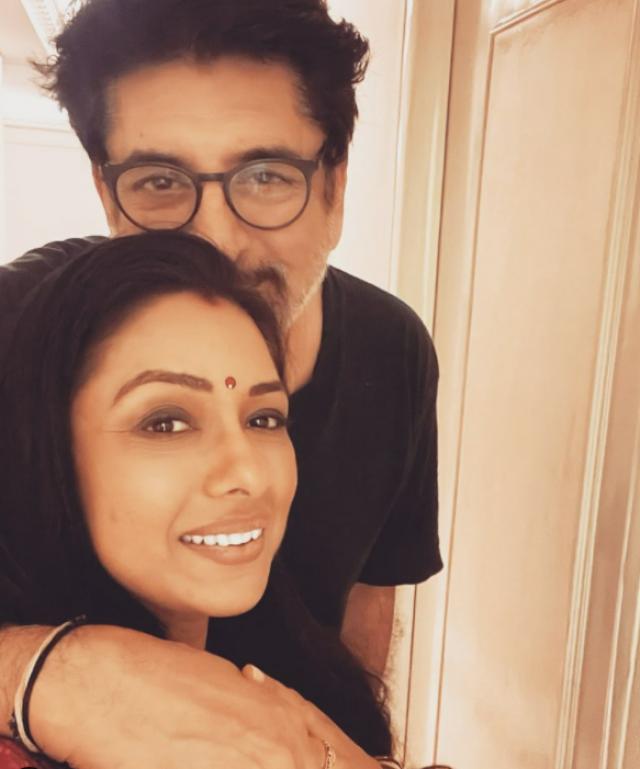 In an interview with the Etimes, Rupali Ganguly opened up about her husband, Ashwin K Verma's reaction after watching her television stint, Anupamaa. She revealed that her husband loves her on-screen romantic track between 'Anupamaa' aka Rupali, and Gaurav Khanna who plays the character, 'Anuj'. The actress added that she listens to Ashwin's guidance since he was also into filmmaking and tries to improvise her role. She said:

"My husband is loving the present romantic track between Anuj Kapadia and Anupamaa. We both watch the show together. He is my biggest critic as well as my biggest supporter. Since he himself has directed so many commercials, he catches the little nuances and tells me that I could have done this better or this thing didn't work. So I kind of listen to a lot of things he says and try to improve upon them. My husband is my biggest fan." Further in the conversation, Rupali explained that she never expected to do such a role as 'Anupamaa' at this age. She added about her on-screen chemistry with Gaurav and that there is no physical contact between them on the sets.

"I never thought I would get to romance on-screen at this age, especially the one which I am doing right now which puts your heart racing, and there is no physical contact between the characters. I see a lot of physical chemistry happening in shows but here the audience is craving for it."

Suggested Read: Shoaib Ibrahim Answers Whether He Finds Himself Lucky To Be Dipika Kakar's Husband Or Not

In an interview with the IANS, Rupali Ganguly had revealed how her husband, Ashwin Verma had encouraged her to be a part of this show. And how he had pushed her to put her talent to use even though she was happy parenting her kid. She had shared:

"I would like to give huge credit to my husband for encouraging me to take up the show. I was quite happily mothering my child, so something had to be that exciting for me to step out of the home. When I was offered the show, my husband pushed me and said, 'I will take care of our child and the house, you go ahead because this show will give you the chance to prove your worth as an actress'."

In one of the interviews with The Times of India, Rupali had talked about the beginning of her relationship with her husband, Ashwin. She had said:

"We were just friends for 12 years. We first met when I had modelled for one of his commercials. Then we became friends and started working together. He was my confidant, friend, philosopher, guide. He was the one who encouraged me to join television. Love shuv kab hua pata hi nahi chala. I just know he loves me a lot." 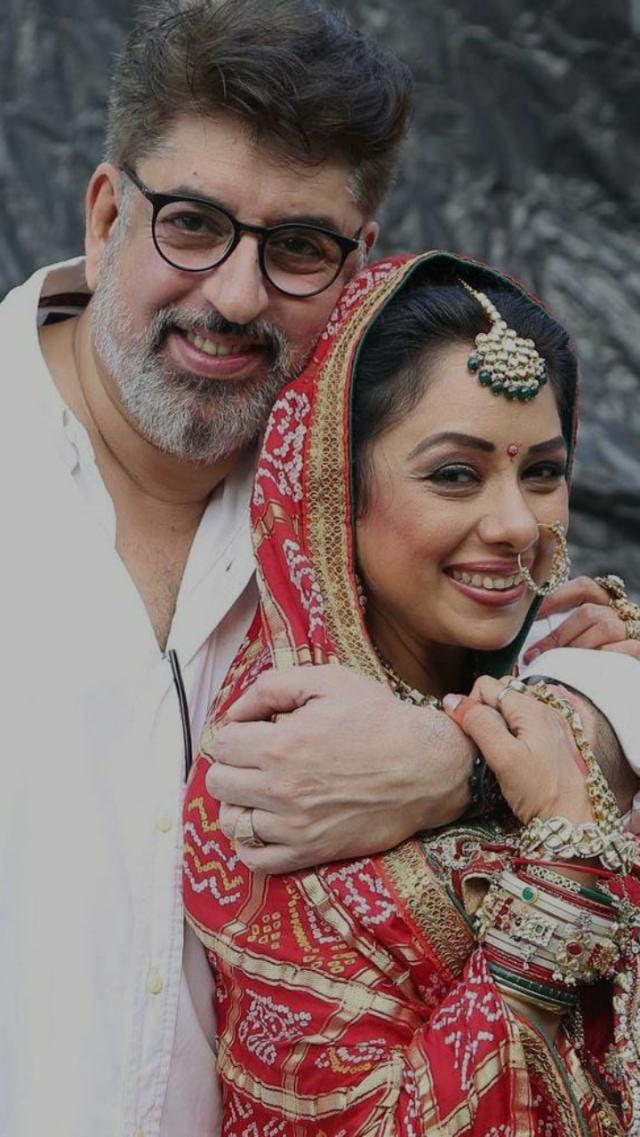 Isn't Rupali's husband, Aswin's reaction the most adorable one?

Next Read: Shahid Kapoor's Sister, Sanah Kapur And Her Groom, Mayank Pahwa Chose Their Own Rituals For Wedding 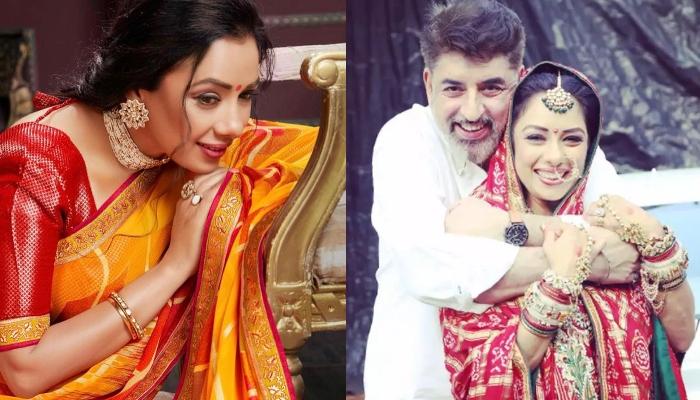 Television actress, Rupali Ganguly is enjoying a huge fan following after her stint as 'Anupama' in the serial, Anupamaa. In the current sequence of the show, Rupali is tying the knot again in a grand way, and viewers got delighted with the pictures of their wedding. However, in real life,