Esha Deol Takhtani shared a romantic picture of her sister, Ahana Deol Vohra and her brother-in-law, Vaibhav Vohra, to mark their 8th wedding anniversary. Check it out!

It was on February 2, 2014, when everyone's favourite couple, Dharmendra and Hema Malini's daughter, Ahana Deol, had tied the knot with the Delhi-based businessman, Vaibhav Vohra. The couple was blessed with a baby boy, Darien Vohra, in 2015, and five years later, in 2020, the stork had visited them with twin girls, Astraia Vohra and Adea Vohra.

Ever since the Deol-Vohra family had got completed with the arrival of Ahana Deol Vohra and her husband, Vaibhav Vohra's three kids, their lives have been revolving around them. As Ahana and Vaibhav celebrate their eighth wedding anniversary today, on February 2, 2022, the former's doting sister and actress, Esha Deol Takhtani, dropped a lovely wish for them. 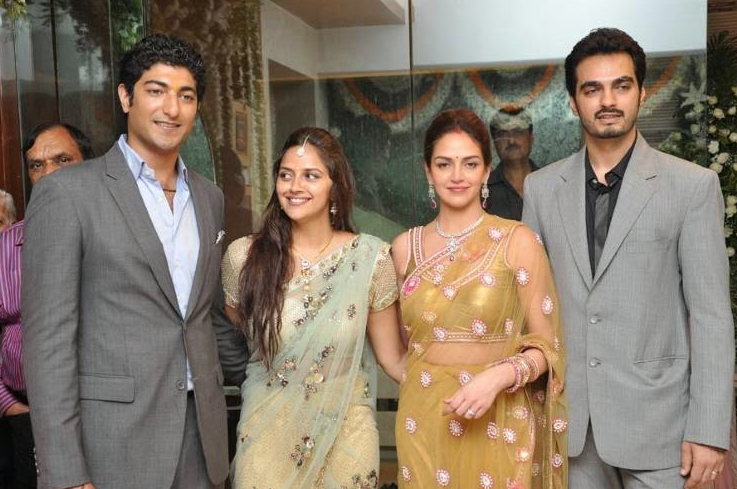 A few moments ago, Esha Deol Takhtani took to her Instagram stories and shared a romantic picture of her sister, Ahana Deol Vohra and her brother-in-law, Vaibhav Vohra, to wish the madly in love couple on their 8th wedding anniversary. In the picture, Ahana and Vaibhav looked perfect in their respective outfits. While Ahana looked gorgeous in her all-black outfit, Vaibhav rocked a dapper jacket with a black sweater and looked handsome. Atop the lovely picture, Esha penned a note for Ahana and Vaibhav, which speaks volumes about their family bond. Esha's cute anniversary wish for the couple can be read as: 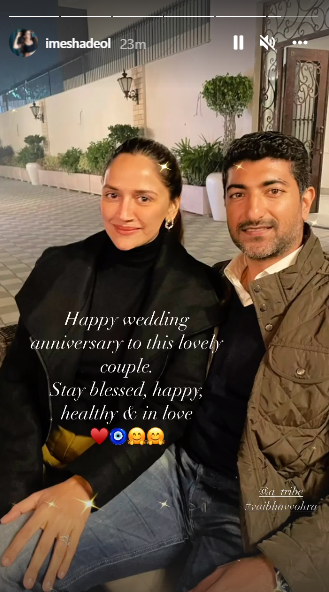 Being the youngest Deol, Ahana Deol Vohra is loved and adored by her entire family, especially by her sister, Esha Deol Takhtani. Whether it's about her birthday or the special moments of the family, Esha never skips a chance to express her love for Ahana through her adorable posts on social media. For instance, last year, on February 2, 2021, to mark Ahana and Vaibhav Vohra's seventh wedding anniversary, Esha had posted a lovely picture of the couple posing with their bright smiles to the camera. Atop it, Esha had penned a cute caption, and it could be read as: 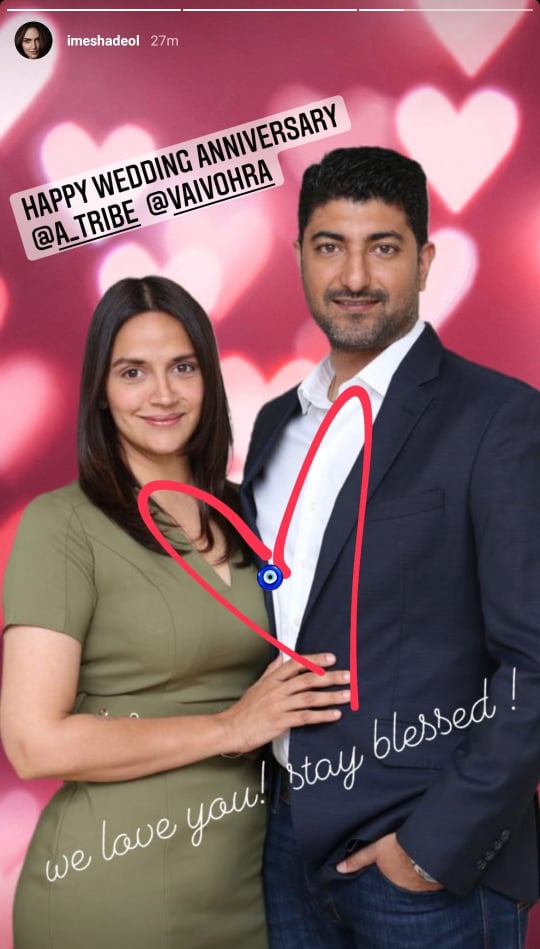 In 2019, when Ahana Deol Vohra had launched her brand new initiative, Shop For Change Fair Trade, which helps small and marginalised farmers. It was her sister, Esha Deol Takhtani, who had penned an appreciation post for her. Esha had also posted a picture in which she could be seen sitting on the floor of her house, with lots of vegetables and food products placed in front of her on a table. Along with this, Esha had written:

"@sfcfairtrade & @a_tribe finally we have something like this and much needed! This is India's first fair trade label. Which means it's a direct link of supply from "farmers to consumers" that's just what we need today!!!! It is 100% organic and certified as well. All of u please do check this out & enjoy the fruits and veggies! I totally enjoy eating them & im sure u will too! #sfc #shopforchange #organic #fairtrade.” 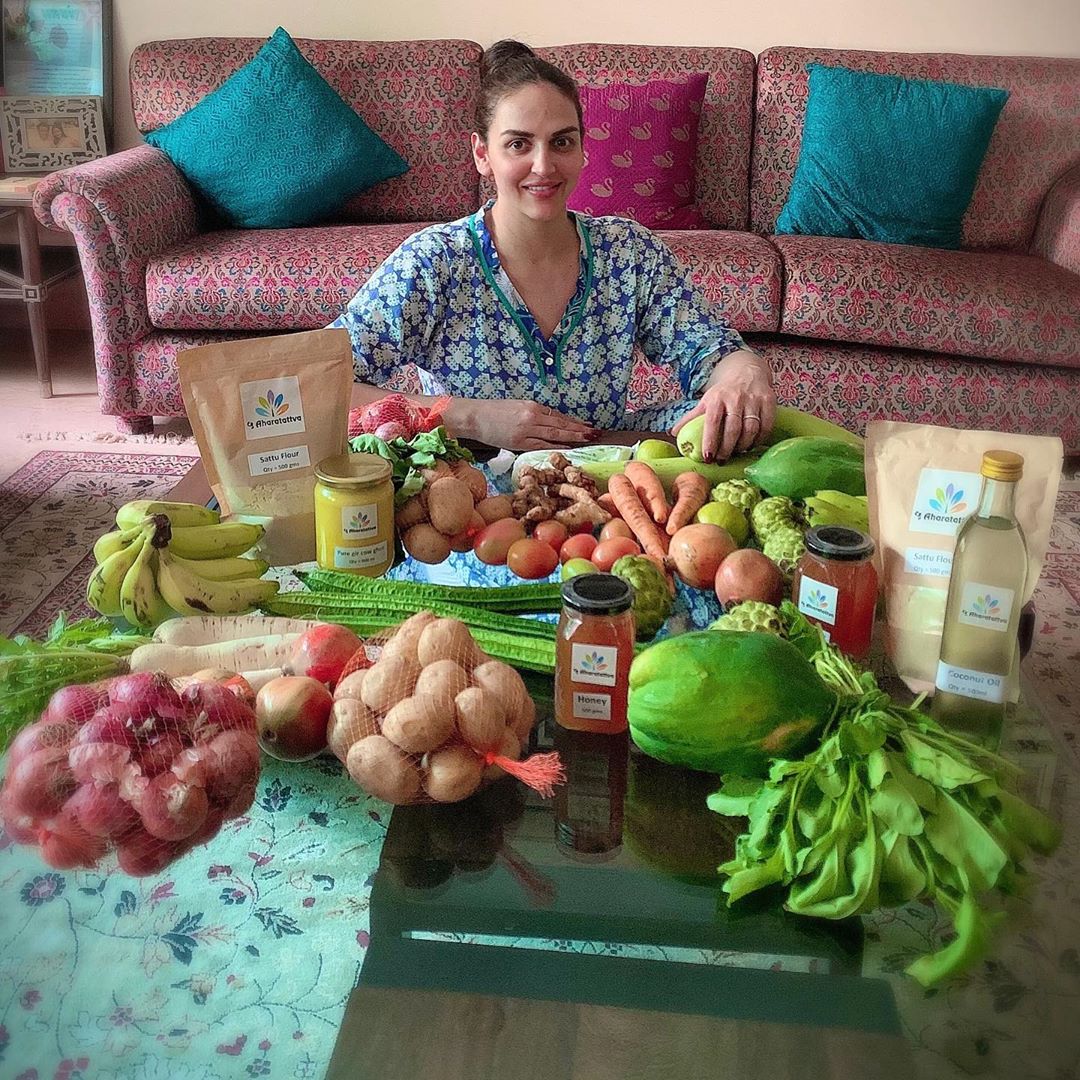 Next Read: Shamita Shetty's Birthday: BF Raqesh Bapat Lifts Her In His Arms, Actress Stuns In A Metallic Dress 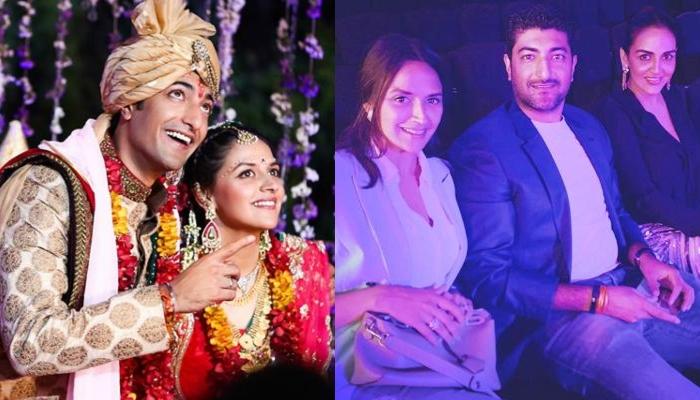 This day, seven years ago, Dharmendra and Hema Malini’s daughter, Ahana Deol had tied the knot with the Delhi-based businessman, Vaibhav Vohra. Over their seven years of married life, Ahana and Vaibhav were blessed with a baby boy, Darien Vohra in 2015 and five years later, in 2020, the stork