Hina Khan is back on 'Bigg Boss 14' as one of the 'toofani seniors', her beau, Rocky Jaiswal shared a picture of his sleeping beauty with an adorable caption.

Being in love means there is someone who will always be there for you throughout your ups and downs. From cheering the loudest on all your achievements to never leaving your hand in a crowded place, your partner will do anything for you. And one such couple of the glamour world is Hina Khan and Rocky Jaiswal. From being her emotional anchor, to her guide, to her best friend, Rocky is the perfect boyfriend. (Also Read: 'Bigg Boss 12' Fame, Jasleen Matharu Gets Married To Anup Jalota? The Former Shares Pictures)

Hina Khan and Rocky Jaiswal had met on the sets of her debut serial, Yeh Rishta Kya Kehlata Hai. She was the main lead of the show and he was the supervising producer. It was Hina’s dedication towards her work that had impressed Rocky and the two had struck a great rapport on the sets. It was during Hina’s stint on Bigg Boss 11, when we had gotten a glimpse of her love for Rocky as she would often miss him. He had taken his friendship to the next level by proposing her on national television inside the Bigg Boss house and it was a sight to behold. 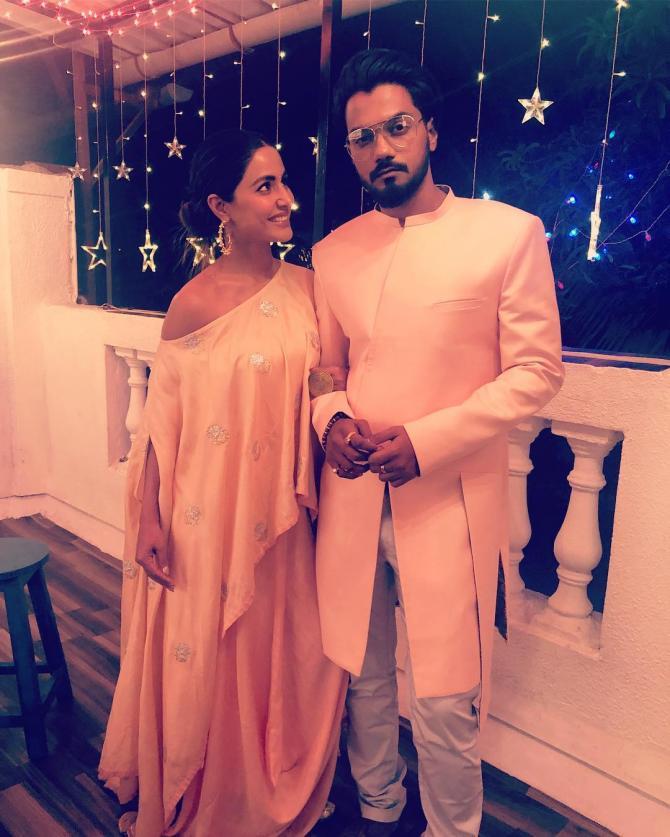 Hina had gotten immense popularity when she had participated in the reality show, Bigg Boss season 11. Throughout the show, everyone had loved her for her guts, fashionable outfits and her stand for the truth. Now the ‘Sher Khan’, (as she calls herself) is back on Bigg Boss season 14 as one of the Toofani seniors and her beau, Rocky Jaiswal is elated. On October 8, 2020, Rocky took to his IG stories and shared a picture of his sleeping beauty, Hina Khan in Bigg Boss 14. Along with the picture, Rocky wrote, “Sherr sotey hue bhi sherr hi hota hai!” 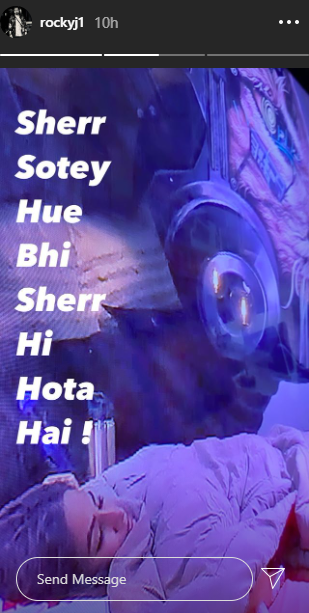 Rocky Jaiswal has always been Hina Khan’s constant support. When Hina’s show Naagin 5 had become no.1 on the TRP charts, it was Rocky, who had the sweetest message for her. Hina had mesmerised her fans with her effortless performance and had received a lot of love and appreciation for her role. As she was signed for only a few episodes, the actress had to bid adieu to her character. And Hina’s boyfriend, Rocky had taken to his IG stories and had shared an appreciation note for his girl. Sharing a gorgeous monochrome picture of Hina, Rocky had written, “She is the image of perseverance because she believes in hard work…not miracle” atop it. (Also Read: Gaurav Chopraa Shares A Funny Picture With His Baby And How He Likes To Keep His 'Bum' In The Air)

In May 2020, Hina Khan had celebrated Eid with her family and had posted some pictures of her festive photoshoot on her IG handle. Hina had happily flaunted a pink and white kurta which she had teamed with a matching skirt and dupatta. Hina had looked stunning as she had accentuated her look with a pair of silver jhumkas. On Hina's 'Eid Mubarak' pictures, one of her followers had commented, “Who is ur photographer Hina??? Awesome.” Crediting her beau, Rocky Jaiswal, Hina had replied, “These pictures were clicked by @rockyj1 for a change... He brings the best out in me” followed by a heart emoticon. 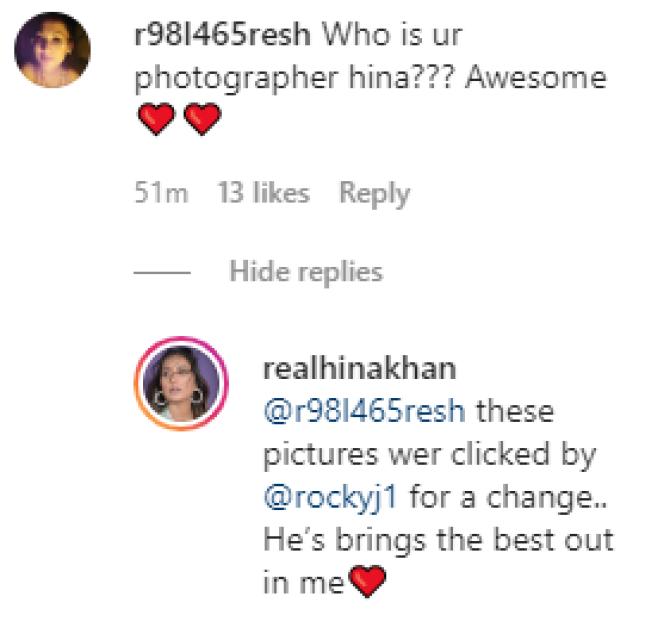 Hina Khan had featured in a music video with her former Bigg Boss contestant and best friend, Priyank Sharma. The video, which was full of romantic chemistry between the two had received a lot of appreciation from their fans. In an interview with Pinkvilla, when Hina was asked about Rocky’s reaction, she had remarked, “Oh, he was happy. He is on the seventh sky. He has been telling me that we need to party tonight. Imagine, after the hectic schedule today, I have to go out and party with him because he wants to party tonight. He is so happy Raanjhana has released as he was very positive about the song. He was sure that it is going to be a hit.” (Also Read: Irrfan Khan's Son, Babil Shares A Picture Of His Tomb, Reveals How His 'Baba' Used To teach Him) Do you also have someone, who is your pillar of strength? Let us know. 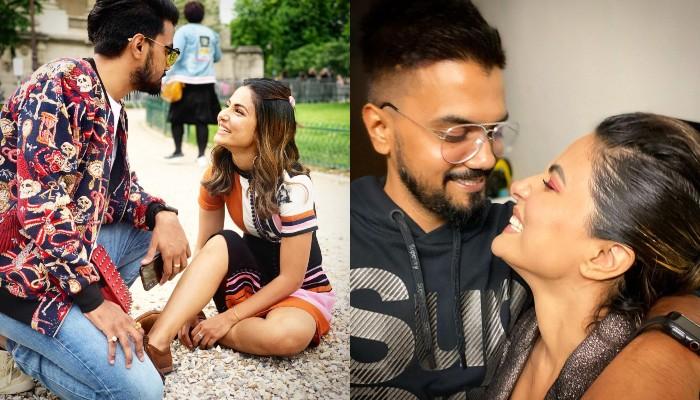 The past few months have been quite difficult for Hina Khan, who had played the role of 'Akshara' in the television show, Yeh Rishta Kya Kehlata Hai. Hina had lost her father in April when she was shooting for her song, Baarish in Kashmir. Adding to it, after returning to