Riteish Deshmukh and Genelia Deshmukh have done four films together out of which only one was a Marathi film. Riteish has shared that he wants to work with Genelia in a Marathi film soon.

A 2007 UK-based survey, which included thousands of married couples, plus some scientific calculations of demographics, geography and ethnicities, found out that every single person on this planet sees his life partner by the age of 17! Blown away with this result? You might have just seen a random stranger across the street and years later, he/she could be walking down the aisle with you. 16 years ago, in 2003, when Riteish Deshmukh and Genelia D'Souza made their debut together in Tujhe Meri Kasam, little did they know that they are made for each other for life! (You May Like: Vahbiz Dorabjee Is Expecting Complete Justice In Terms Of Alimony From Vivian Dsena On Divorce)

Genelia D'Souza became Genelia Deshmukh when she got married to Riteish Deshmukh on February 03, 2012. Two years later, their first child, Riaan Deshmukh, was born on November 25, 2014, and then, on June 1, 2016, they embraced parenthood for the second time when Rahyl was born. Riteish and Genelia together make for one of the cutest couples in the Tinseltown, and their social media PDAs give us major #couplegoals. 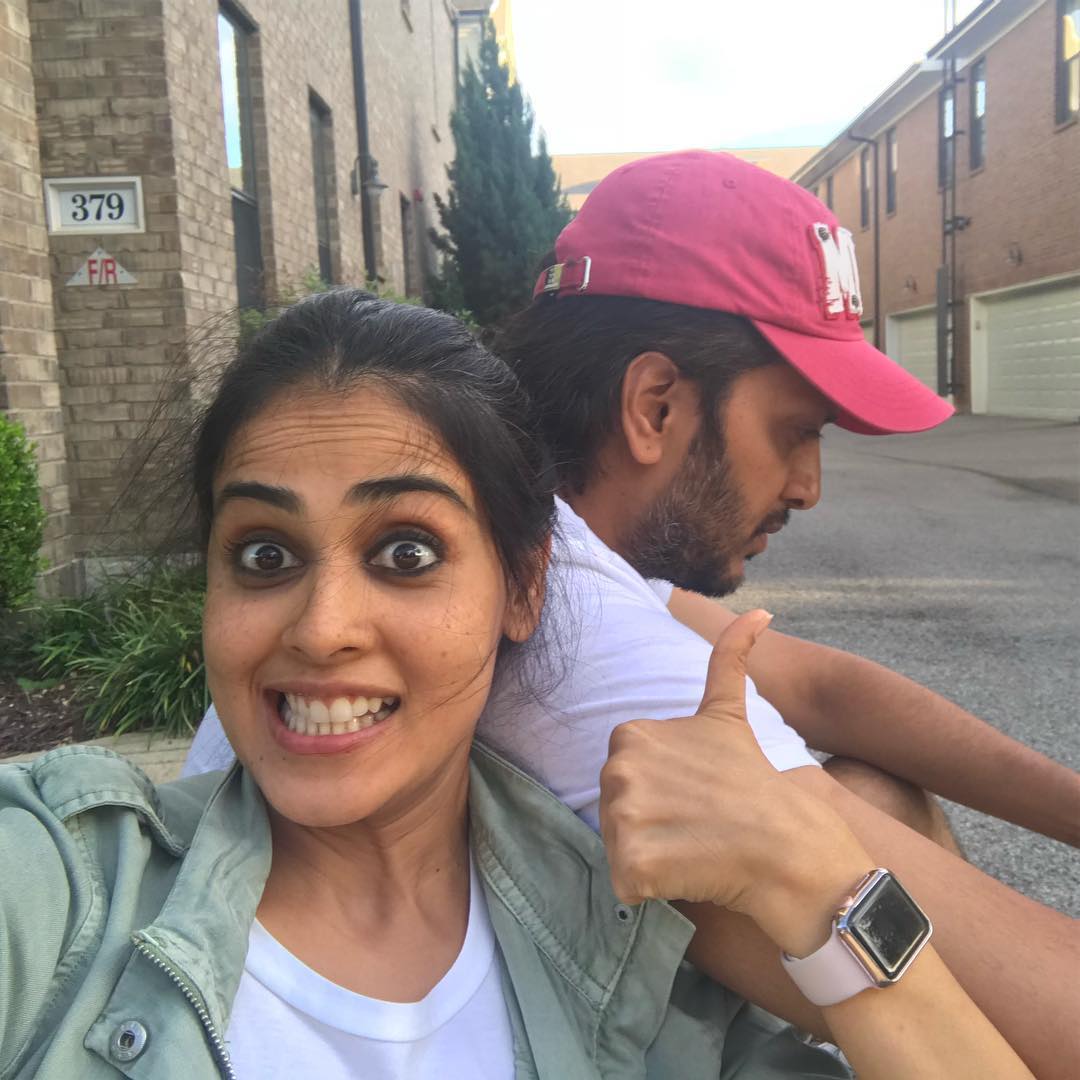 Riteish Deshmukh and Genelia Deshmukh have done four films together till now and one of those was a Marathi film. Talking to the Hindustan Times recently, Riteish Deshmukh shared that he really wants to do another Marathi film again with his wife, Genelia Deshmukh. The 40-year-old actor said, "I hope she does a film soon. I actually want to do another Marathi film with her because she knows the language. I will take every opportunity to work with her, and I just hope that it happens soon." 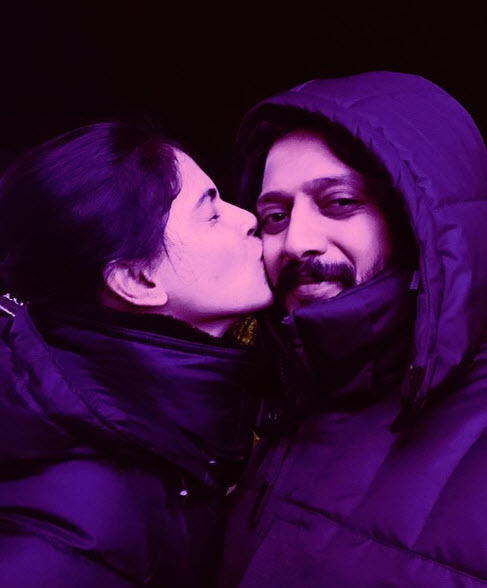 He also shared that work has begun in a few scripts and he wants Genelia to be a part of those films. The Housefull actor was quoted as saying, "We are actually in the process of developing a few scripts. I will not just produce them but would like to act in one or two of them. And I want Genelia to be a part of these films, too." (Must Read: Malaika Arora Parties With Her 'Girl Squad' Kareena-Amrita, Amidst Wedding Rumours With Arjun Kapoor) Commenting on his wife, Genelia's acting career, Riteish further added, "She is been working from the age of 18 and has done more than 40 films not just in Bollywood but also in various South Indian languages with the likes of [S] Shankar and [SS] Rajamouli… she is a hardworking girl and I am sure she would like to work." 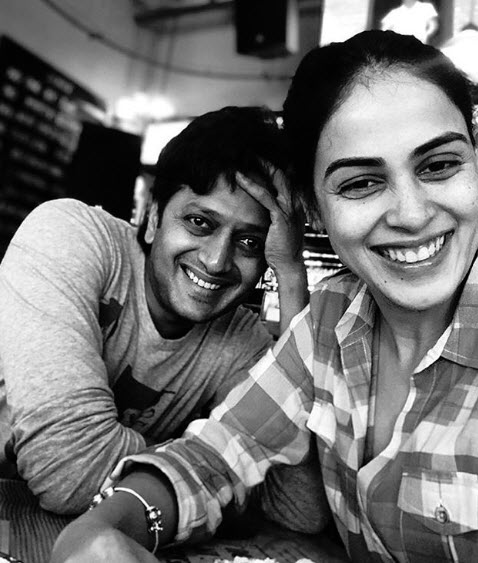 Riteish also disclosed that besides talking about films, they also talk a lot about their two adorable sons. He revealed, "Well, it depends on how much time we get. It’s never like a proper discussion, but yeah, we do talk films at times. Also, our sons are now growing up, so we talk about them, besides other commitments that keep us busy." 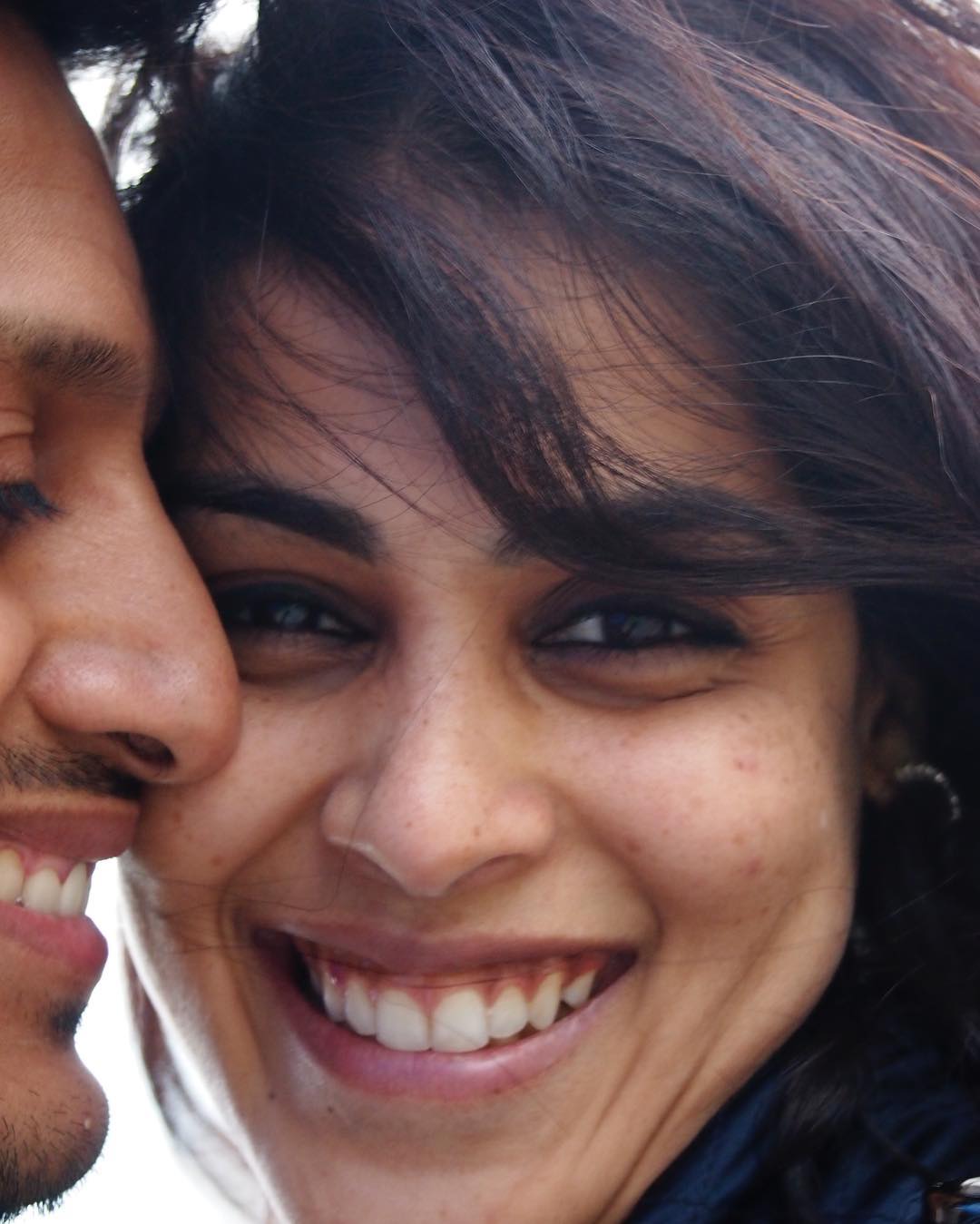 Recently, on February 03, 2019, Riteish Deshmukh and Genelia Deshmukh celebrated their 7 years of togetherness and the Jaane Tu... Ya Jaane Na actress had the most adorable anniversary wish for her hubby. She took to Instagram and shared a heartfelt note which could be read as, "Every girl has a certain perception of how they would want their life partner to be... I Honestly Didn’t.. I had this most amazing partner who was my bestest friend, who was the shoulder, I always found when I needed to cry and who made me believe that no matter how tough life is, with us being partners we would take it on,in any form, in any way." 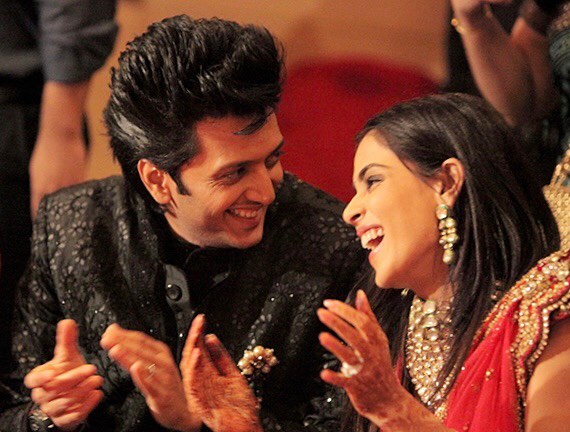 Her note could further be read as, “That’s the man I eventually married and he never ever stopped being the reason for my smile... So I’m glad I never ever had a perception because the reality of living and breathing this wonderful man is all I ever needed to know. I Love you @riteishd ..Here’s to many more laughs together, to the zillion times we will wipe each other’s tears and pick each other up when either/or feels weak or simply to life together forever and ever... Happy Anniversary." (Suggested Read: Parul Chauhan Surprises Chirag Thakkar At Midnight On His Birthday, Here's How He Reacted) 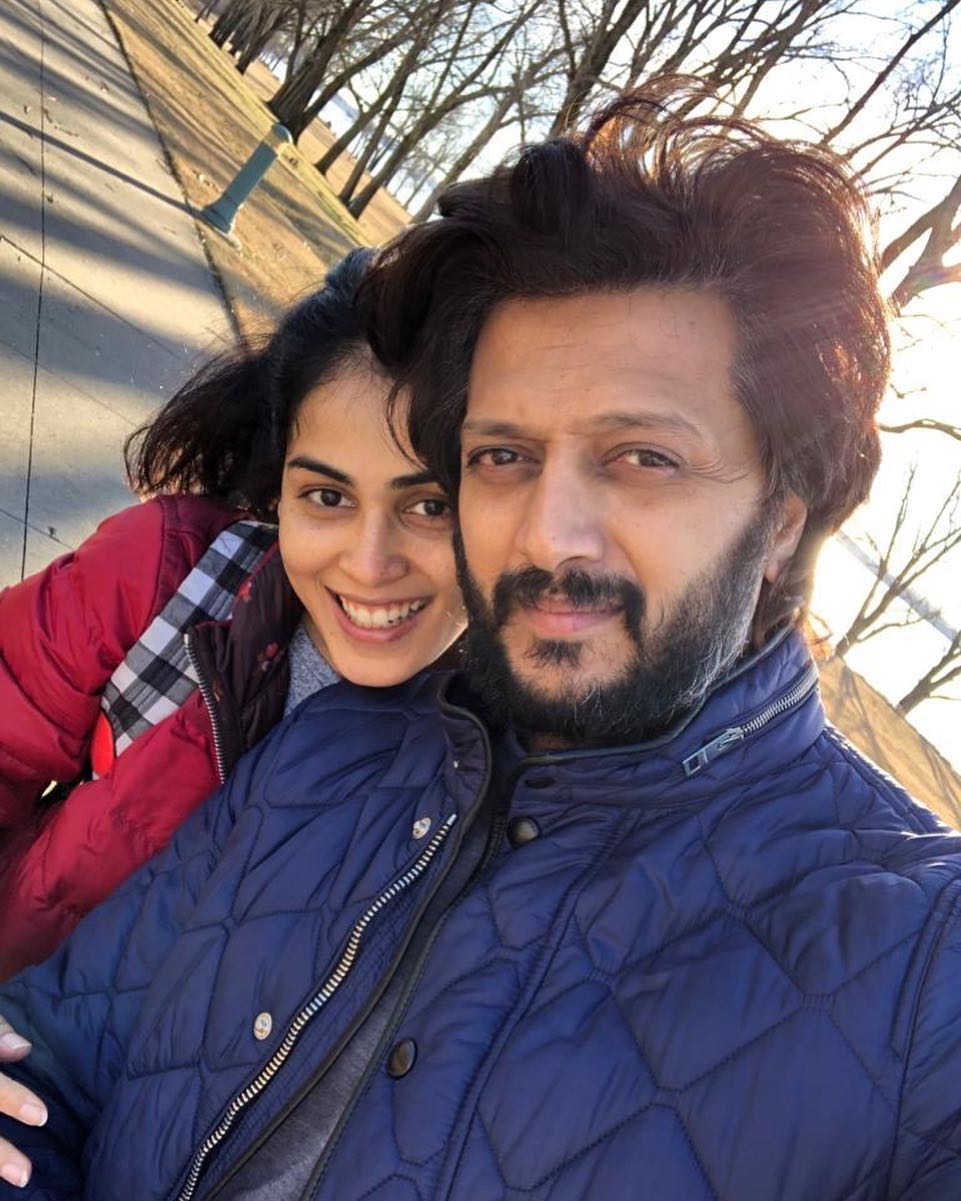 Bollywood’s cutest couple, Genelia Deshmukh and Riteish Deshmukh, are a perfect example of a ‘match made in heaven’, or for that matter, a ‘made for each other’ couple. Genelia and Riteish know exactly how to make each other feel special and loved. The lovebirds were pronounced husband and wife on