Late Bollywood actor, Rishi Kapoor had gotten married to the love of his life on January 22, 1980. On their 41st wedding anniversary, let us take a look back at their love story!

Once in a while, right in the middle of an ordinary life, we meet someone special, who touches our soul and they become our 'everything'. When we are with them life, seems a lot better and they become the reason behind our every smile. We start living with their irritating habits and find cuteness in their weirdness. And an exactly similar love had brewed between late Bollywood actor, Rishi Kapoor and veteran actress, Neetu Kapoor. The two were only able to spend forty years of their life together as last year, Rishi ji's demise had ended their love story. (Recommend Read: Nakuul Mehta's Wife, Jankee Parekh On Embracing Motherhood, Shares A Video Flaunting Her Baby Bump)

It is said that no amount of words or time can ever heal the pain you feel on losing your loved ones, especially when it's your 'better-half'. Everything can change, but it is the love we hold for our dear ones, who left for the heavenly abode that never changes. Their absence always hurt us and living without them becomes a lot difficult. And Bollywood veteran actress, Neetu Kapoor has been going through the same phase ever since the demise of late legendary actor, Rishi Kapoor.

On January 22, 2021, Rishi ji would have completed 41-years of togetherness with Neetu ji, but destiny had other plans. On their wedding anniversary, we stumbled upon a throwback interview of Rishi ji, wherein, he had talked about how he had fallen in love with Neetu ji. Rishi ji had revealed that working in double shifts has made him fall in love with Neetu ji. He had stated, "We were made for each other. Well, all said and done! We met very early in our life. When I started my career, Dimple Kapadia got married, so I had no heroines to work with. That’s how I worked a lot with Neetu, sometimes two shifts a day, then we got closer and obviously, we fell in love. We wanted to get married. She gave me two lovely kids, thankfully. God has been kind. We’ve had a normal life, we have our share of fights and arguments which I think every normal couple has. It’s been quite smooth for us." (Also Read: Throwback: Rishi Kapoor Revealed Exactly When Wife, Neetu Kapoor Conceived Their Son, Ranbir Kapoor) 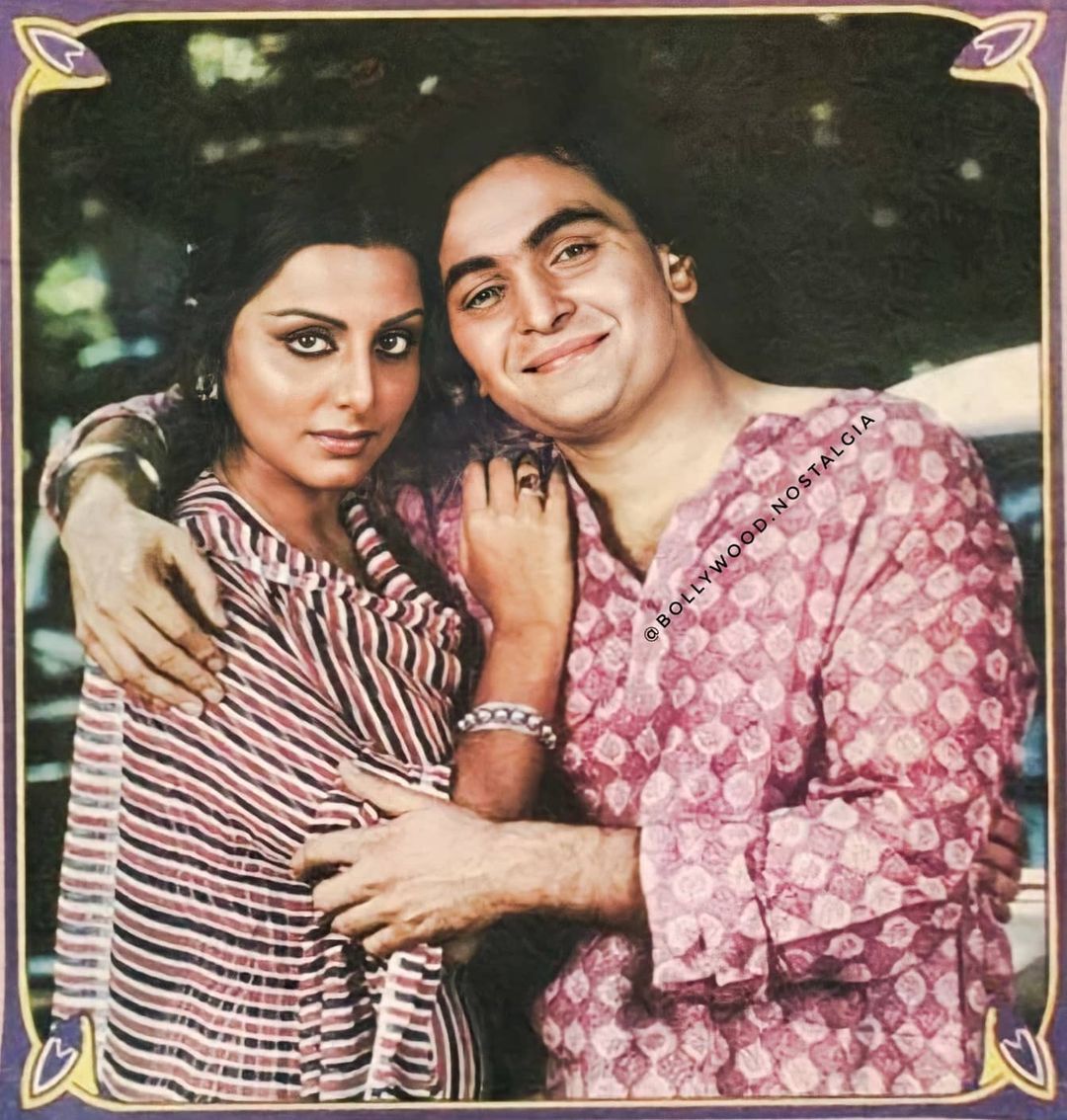 In the morning of January 22, 2021 Neetu ji had taken to her Instagram handle and shared a video for him. In the video, we can see a compilation of their best moments together from the films they had done together. Along with it, she had written, "Justttt! Would have been 41 years today."

On June 28, 2020, Neetu ji had posted a throwback picture with the late actor. In the picture, we could see Rishi ji in a formal suit while Neetu ji had donned a pink-colour ensemble. Alongside it, she had written about the battles and love of her dear ones and it could be read as "Big or small We all have a battle to fight in our heads you may have a huge house with all the luxuries and still be unhappy whereas have nothing n be the happiest it’s all a state of mind !! All one needs is a strong mind n hope for a better tmrw !!! Live with gratitude, hope, work hard! Value your loved ones as thats your biggest wealth." After the news of Rishi Kapoor's death came out, his wife, Neetu Kapoor had taken to her Instagram handle and had shared a heartbreaking note on the behalf of her family that could be read as "Our dear Rishi Kapoor passed away peacefully at 8:45 am IST in hospital today after a two-year battle with leukemia. The doctors and medical staff at the hospital said he kept them entertained to the last. He remained jovial and determined to live to the fullest right through two years of treatment across two continents. Family, friends, food and films remained his focus and everyone who met him during this time was amazed at how he did not let his illness get the better of him. He was grateful for the love of his fans that poured in from the world over." 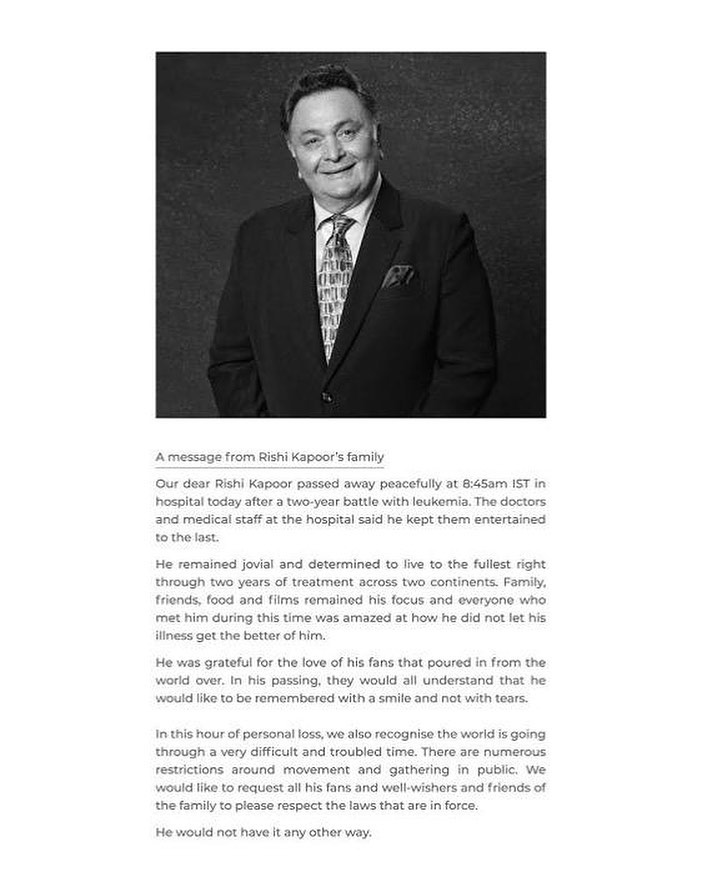 Her note could be further read as "In his passing, they would all understand that he would like to be remembered with a smile and not with tears. In this hour of personal loss, we also recognise the world is going through a very difficult and troubled time. There are numerous restrictions around movement and gathering in public. We would like to request all his fans and well-wishers and friends of the family to please respect the laws that are in force. He would not have it any other way." (Don't Miss: 'Gale Lagana Hai' Actress, Nia Sharma Is Dating Her 'Twisted' Co-Star, Rrahul Sudhir? Details Inside)