Rima Jain reveals a lot more about her father, Raj Kapoor and his relationship with his wife, Krishna Kapoor and their kids, Randhir Kapoor, Rishi Kapoor, Rajiv Kapoor, Ritu Nanda and herself.

Do you know why 'the greatest showman of Hindi cinema', Raj Kapoor preferred the leading ladies in his film to wear white? Do you know how Raj Kapoor met his soulmate, Krishna Kapoor? Do you know which song of Raj Kapoor summed up his life's philosophy? Do you know Raj Kapoor used to write notes to his daughter, Rima Jain, to apologise when she was upset with him? Answering these questions, sharing anecdotes and unknown facts about Raj Kapoor's life, Rima reveals a lot more about her father and his relationship with his wife, Krishna Kapoor and their kids, Randhir Kapoor, Rishi Kapoor, Rajiv Kapoor, Ritu Nanda and Rima herself.

Born on December 14, 1924, Raj Kapoor was the eldest of his six siblings and was the grandson of Dewan Basheshwarnath Kapoor and great-grandson of Dewan Keshavmal Kapoor, part of the famous Kapoor family. He made his Bollywood debut at the age of 10 in the 1935 film, Inquilab which was followed by a big break in Neel Kamal (1947). Raj Kapoor had entered the industry during its formative years and over time with his progressive films, he had taken the world of cinema to a whole new level. Married to Krishna Kapoor, Raj Kapoor was a proud father of Randhir Kapoor, Rishi Kapoor, Rajiv Kapoor, Ritu Kapoor and Rima Kapoor. Kisi Ki Muskurahaton Pe Ho Nisar is the song from Raj Kapoor's film, Anari that sums up his life's philosophy according to his daughter, Rima Jain. In a throwback interview with Yahoo, Rima had said, "We were not aware of his stature at home. We sensed it when we stepped outside. The way he was loved by people and how we were loved because of him. Kisi ki muskurahaton pe ho nisar… (Anari 1959) sums up his philosophy. He wanted to put a smile on people's faces and make them forget their worries through his films. But at the same time, he made them socially aware with relevant subjects like crime and poverty (Awara 1951), the surrendering of dacoits (Jis Desh Mein Ganga Behti Hai 1960), widow remarriage (Prem Rog 1982) ... and many more." 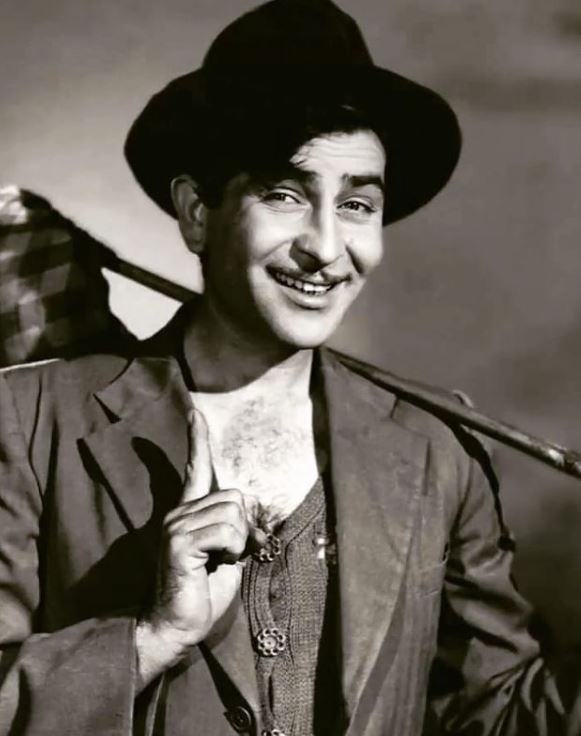 Throwing light on her relationship with her father, Raj Kapoor and how he used to apologise to her when she was upset, Rima Jain had continued, "I happened to spend the most time with Papa as I only got married after he passed away. Sure, we had great fights! He drank too much sometimes and would get nasty. He'd pass one wrong statement and we'd be at loggerheads. I'd bang the door on him and go off to my room. I was the only one who could do that. The others were petrified of him. But he was soft on that. He never got offended. Then he would send me these little notes saying sorry. He'd write things like, "Right now you are upset with me. But when I'm no more you will remember me." That's exactly what's happening right now. Perhaps, alcohol enabled him to say things he couldn't otherwise. For him everything was about emotion. Also, he had a premonition about things. Like he'd always say, 'If… I live to see your wedding'. The 'if' was uncanny. I only got married six months after he passed away." 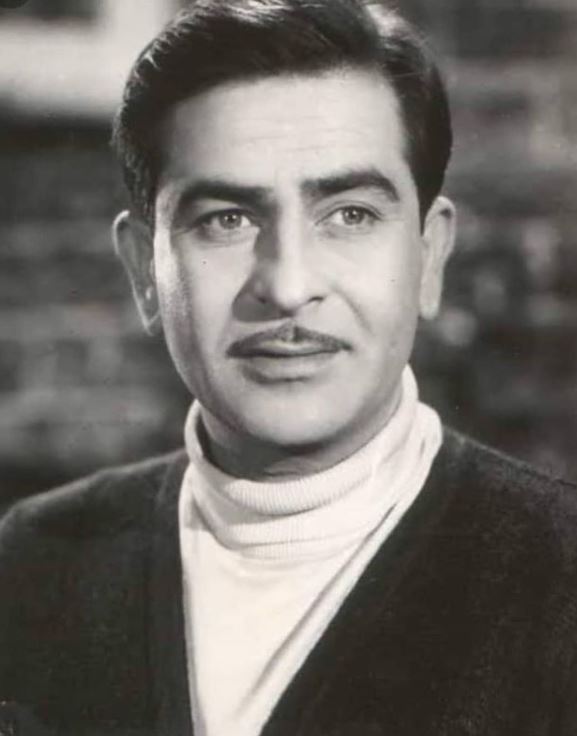 Also Read: Rare And Unseen Pictures Of Rishi Kapoor: A Throwback To His Childhood And Moments Spent With Family

Revealing the love story of Raj Kapoor and Krishna Kapoor and why he always preferred his heroines to wear white, Rima Jain had stated, "Papa first saw mom in Jabalpur, her home, which he visited with Premnathji (Krishna's brother). There from the window, he saw a lady in a white saree playing the sitar. To him she appeared pure like Goddess Saraswati. The sublime image stayed with him. He wanted his leading ladies to reflect the same purity. Hence, he dressed them in white. My mother always wore white sarees though her salwar kameez were coloured. Papa was the Showman. But the Showgirl was my mother. She was the behind-the-scenes mover and shaker. He threw lavish parties, which served terrific food, with drinks flowing... But it was my mother, who gave personal attention to every guest while he just sat on the swing and greeted everyone. Sometimes, he'd fight with her after drinks but he always respected my mother's sense of integrity." 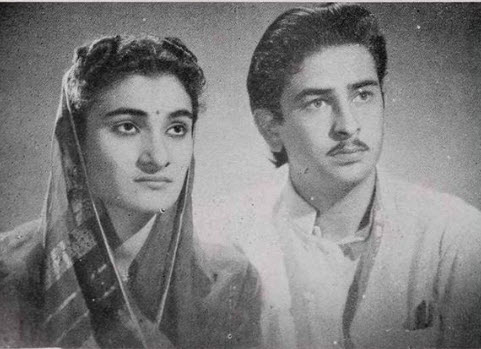 Addressing the link-up rumours of her father, Raj Kapoor with his leading ladies and stating that he only loved his wife, Krishna Kapoor, Rima Jain had said, "Regarding the rumours linking him with his heroines… it's normal for any woman… when you hear rumours about your husband, you're going to fight, you're going to move away for a while…but one thing was certain - my father loved his wife. Papa was selfish about his work. He was obsessed with his work. And the leading ladies became an obsession because they were part of his work. Being wonderful artistes, they also gave a lot to him. But Papa was never in love with anyone but his wife. He always went back to her." Speaking of the bond Raj Kapoor shared with his sons, Randhir Kapoor, Rajiv Kapoor and Rishi Kapoor, Rima Jain had said, "Papa would be relaxed when he was with Dabboo or Chimpu (Rajiv). But never with Chintu (Rishi). He had huge respect for him as an artiste. He'd say Dabboo will be a good producer, Chimpu will be a director (Prem Granth 1996) but Chintu will be a director's delight – a fine actor. Chintu had the same ear for music as Papa." On one hand, Raj Kapoor had wanted the boys, Randhir Kapoor, Rajiv Kapoor and Rishi Kapoor to have fire and ambition, he had a soft corner for the girls, Rima Kapoor and Ritu Kapoor. Rima had recalled, "Papa was soft on us girls (referring to older sister, late Ritu Nanda and herself). He wanted us to be lady-like. He was firm we possess the right values. Yet, he was loving and protective towards us. Being musically inclined himself, he encouraged us to play the piano and learn ballet. He wanted the boys to have fire and ambition. His father (late Prithviraj Kapoor) kicked him in the butt and said go make your life. Papa would tell us, "You children are born with a silver spoon. I was not"." 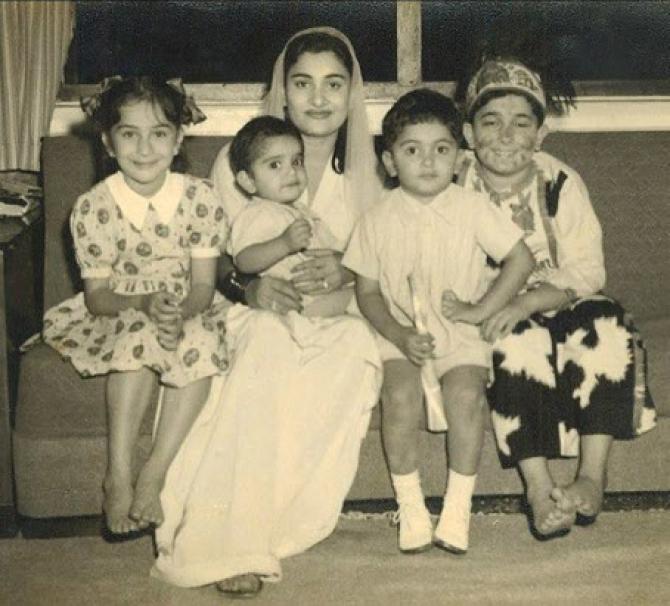 Also Read: Do You Know Why Rishi Kapoor Was Called 'Chintu'? Randhir Kapoor Reveals Story Behind The Nickname

Raj Kapoor was indeed the greatest showman of Hindi cinema!