So you remember those days when your sister/cousin was getting married and you had started the preparations (on what to wear, silly!) a year in advance? And, do you remember the in-house madness a week before the wedding, where all your relatives are gathered in your house and you spent the entire night teasing the groom/bride-to-be? So, you can totally imagine the fun and frolic that is taking place inside Sonam’s Juhu bungalow! (Also Read: Playing Her Bestie, Sister Rhea Kapoor Is Planning Sonam Kapoor And Anand Ahuja's Exotic Honeymoon)

Yes, even when it comes to celebrities and their weddings, their lives are no different. It’s hardly 5 days left before the gorgeous Neerja girl, Sonam Kapoor would get married to boyfriend Anand Ahuja and her abode is no less than a fun madhouse now!

The Family Chat Of Sonam Kapoor, Arjun Kapoor, And Kapoor Cousins With Their Childhood Pictures 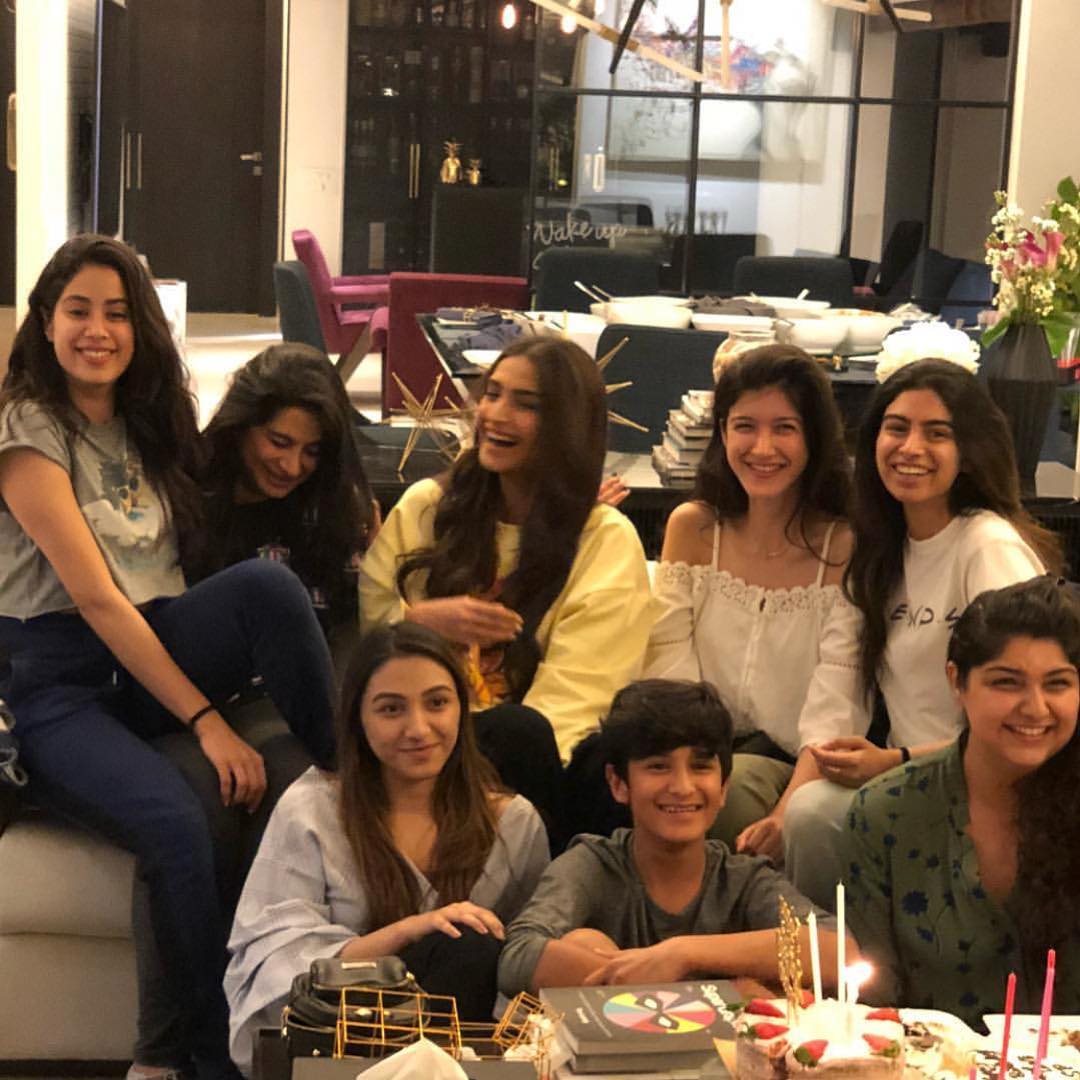 While Sonam is keeping extremely busy, thanks to the movie promotions of her much-awaited film, Veere Di Wedding, sister Rhea captured a small video of the youngsters of the Kapoor family gathered in together and having fun. In this video Arjun Kapoor seemed to troll his cousin Sonam where he jokingly says, “It feels like I am watching Veere Di Wedding live, like no really. Aur kitni tareefein chahiye tumhein!” He further looks at Sonam and says, “Sonam you clearly aren’t interested in what’s happening here.” And the beautiful bride-to-be replied, “No, I am figuring out something.” (Also Checkout: Video Of Alia Crying At Her Bestie's 'Vidaai' Is Every BFF Who Can't See Her Friend Going Away)

It was only yesterday when Sonam’s to-be, Anand Ahuja posted an image on Instagram, which had the words, ‘Those who don’t believe in magic will never find it’ written on it. He captioned it with one of famous British novelist and poet, Roald Dahl’s quote: “#ibelieve #RoaldDahl #trendthis ... One idea that has always amazed me is, “if we can all make one, just ONE person happy, the whole world would be happy.” How true and simple is that. The answer to world peace is simply loving those around you.” Apart from the beautiful thought, what further caught our attention was Sonam’s cute and crisp reply which was worth a thousand words. She wrote: “#everydayphenomenal”. Check out the photo here: 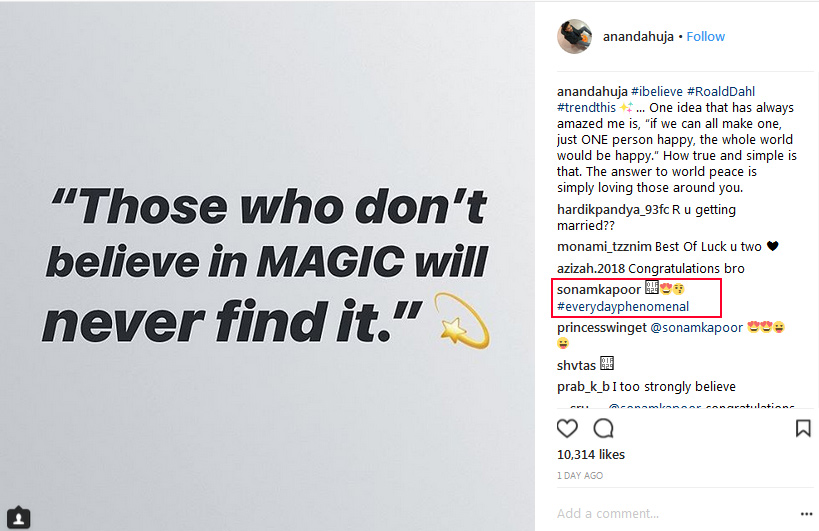 Sonam’s wedding to Anand Ahuja has been a major talk of the town since many months. It was only two days before (May 1, 2018) when the Kapoors and the Ahuja issued a joint statement regarding their marriage. 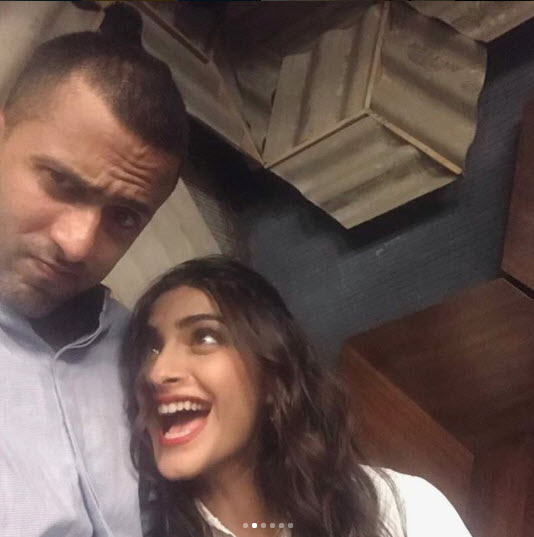 Sonam and Anand are avid environmentalists. The duo had decided to do away with wedding cards and go in for e-invites. It was only yesterday when the pictures of her mehendi, wedding and party invite came out and we couldn’t help but gush at the simple yet elegant design.

Wedding will just be a break for Sonam as she will immediately get busy in her work front. Both Sonam and her fans are looking forward to her much-awaited film, Veere Di Wedding. Immediately post-wedding, she will mark her trail on the red carpet at the Cannes Film Festival on May 14-15.

Next Read: 'Bhai' Harshvardhan Kapoor Has The Most Special Wedding Gift For 'Behena' Sonam Kapoor The Family Chat Of Sonam Kapoor, Arjun Kapoor, And Kapoor Cousins With Their Childhood Pictures