Gauahar Khan and Kushal Tandon had fallen in love on the reality TV show, 'Bigg Boss 7'. However, they had parted ways in 2014, and still share an amicable bond.

Being a part of the glamour world has its own pros and cons as celebrities are under complete scrutiny all the time. However, sometimes people unnecessarily peep into a celeb's personal life and start spreading rumours for all the wrong reasons. A similar instance has happened with Bigg Boss fame, Gauahar Khan, as some trolls came up with their own theories for her breakup with her ex-boyfriend, Kushal Tandon. However, the outspoken actress as she is, Gauahar hits back at the trolls and shut them up for good.

It was during the ninth season of the most controversial reality show, Bigg Boss 7, when Gauahar Khan and Kushal Tandon had fallen in love with each other and their dramatic relationship had made the headlines back then. Gauahar and Kushal’s relationship didn’t last long as the couple had parted ways within 10 months after leaving the Bigg Boss house. Despite their breakup, the two remain good friends to date. 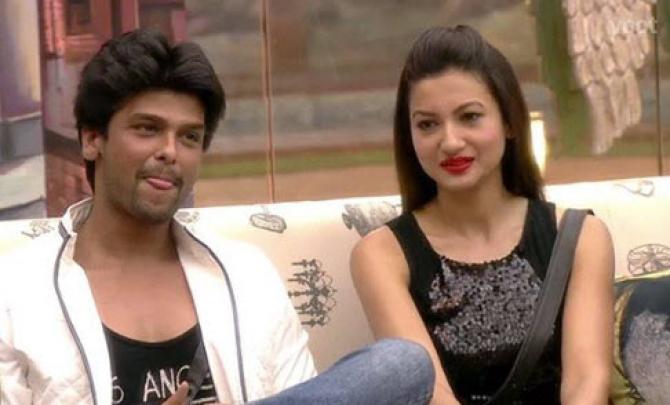 Gauahar Khan never entertains negativity around her life and she has always raised her voice against every trivial matter. A few days back, a troll had shared a news article that had stated that Gauahar had broken up with Kushal Tandon due to their religious differences. According to the article, the actress had reportedly demanded the latter to convert his religion from Hindu to Muslim. A few moments back, Gauahar lashed out at the troll and slammed the user for sharing this article. In her response, Gauahar tweeted:

"Hey loser ! I’m a Muslim , and nobody can ban us from having our rights, India is secular, it’s a democracy, not a dictatorship like u would desire ! So stay put in the comfort of your American status , n stop inciting hate in my country!"

On December 29, 2021, Gauahar Khan had taken to her Instagram handle and had celebrated 8 years of her memorable feat when she was announced the winner of the seventh season of the famous reality show, Bigg Boss. Eight years ago, the show's host, Salman Khan, had lifted her hand in the air and had revealed that she had beaten her co-finalist, Tanishaa Mukherjee. Recalling one of the most important achievements of her professional career, Gauahar had shared two priceless pictures on her IG handle from that day. Along with the pictures, Gauahar had penned a note in the caption that could be read as:

"To my CRAZYLOT , This was our victory ! 8 years to this phenomenon! Grateful to @colorstv , @beingsalmankhan , #biggboss7 will always be my highlight moments of my life ! #Alhamdulillah . Im grateful to my Allah for blessing me with winning hearts , hence winning #bb7 . Grateful to me CRAZYLOT forever . N have so much love for allllll my co contestants on my season . It was the best cast EVER!" 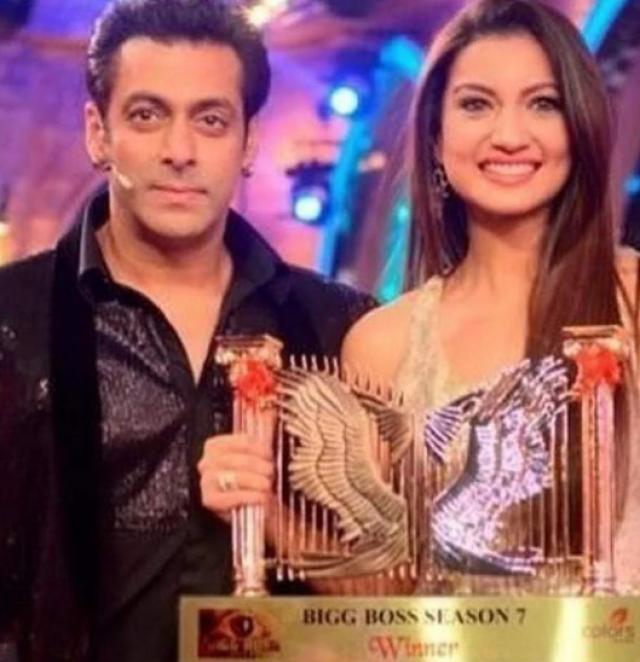 Gauahar Khan's ex-boyfriend, Kushal Tandon, had dropped a comment on her post, and it had left everyone in a frenzy as he had called her 'khalla'. Kushal had congratulated his ex-girlfriend and had also added that she totally deserved it. Soon, Gauahar had penned a sweet reply to her ex-beau's lovely comment and had called him her 'best support. Their cute interaction in the comment box could be read as:

"Aree aree areeee you deserved it khallaaaaa. Regards ur co-contestant." 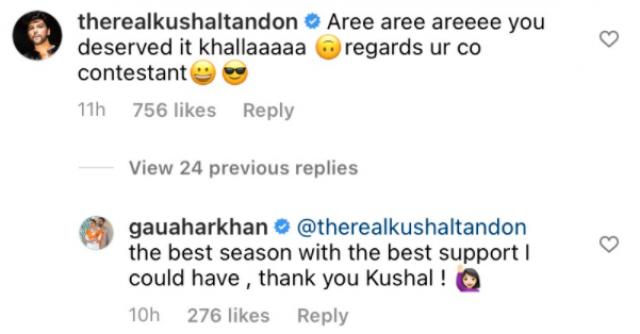 Time and again, Kushal and Gauahar have proved that exes can be friends even after their breakup. For instance, in 2019, Kushal became the owner of a restaurant named Arbour 28 in Mumbai. And his ex-girlfriend, Gauahar Khan too, had marked her presence on Kushal's special day and had wished him luck on her IG handle. Sharing a picture with him, she had written:

"Thank u for being an awesome host, wishing u great success with ur amazing new lounge @arbour28mumbai! Lots n lots of best wishes! with all the love! @therealkushaltandon." 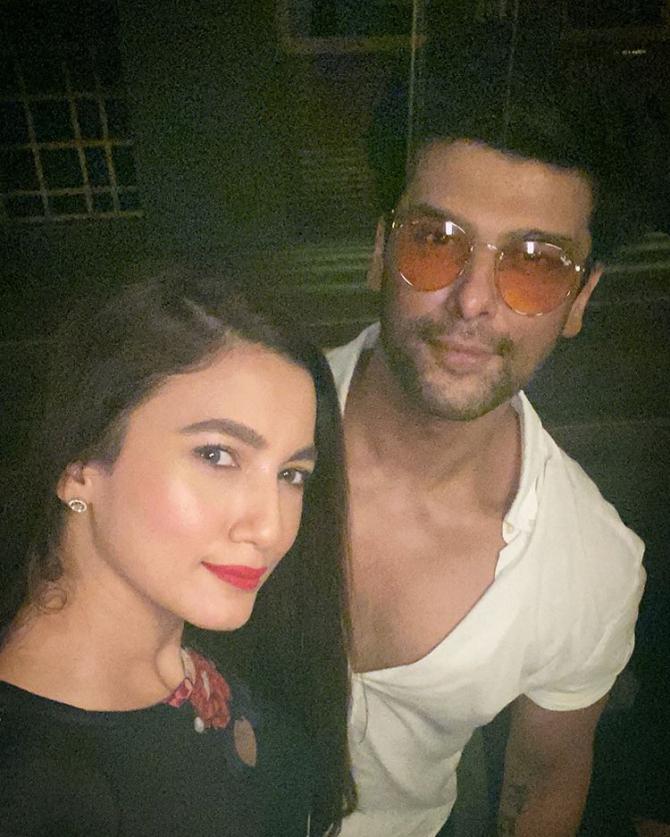 Gauahar Khan is happily married to the love of her life, Zaid Darbar, and their compatibility makes us crave for a relationship like theirs. 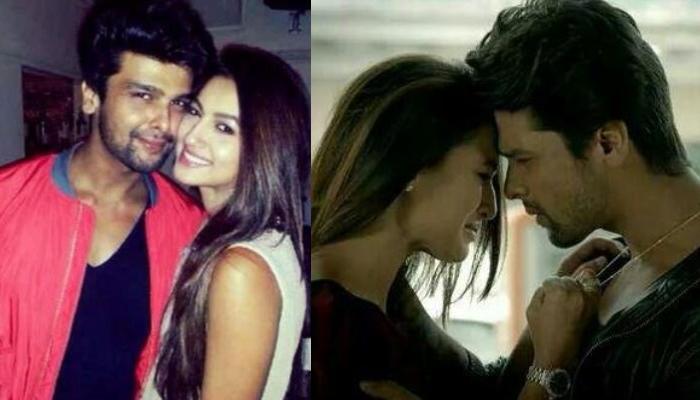 The seventh season of the famous reality show, Bigg Boss had brought popular celebrities, Gauahar Khan and Kushal Tandon under one roof. The two had started spending more time with each in the house and had felt something special between them. Over the course of the show, the two could be