Ravi Kishan, who is popularly known as 'Amitabh Bachchan' of Bhojpuri cinema, holds ownership of an expensive property that costs Rs 20 Crores. And the interior decoration looks stunning.

Ravi Kishan is a great Bhojpuri actor. He has given hit movies one after another and has been appreciated for his work all over North India. He has even appeared on television, in Bollywood, and South Indian movies. Ravi Kishan has earned love and respect from his audience over the years. He needs no introduction now as he is a big name in the world of Bhojpuri cinema. Apart from living an actor's life, he is also a politician. He currently holds BJP's MP position from Gorakhpur.

Once in an interview, Ravi Kishan has said that when he had started his career, he didn't have a room for himself as he had to share with 12 people. But now, he has 12 bedrooms in his luxurious house. His lavishly built apartment is worth looking at. His abode looks nothing less than a bungalow or a palace. He owns crores of assets, and among one of them is his apartment worth Rs 20 crores in Mumbai, where he stays with his family. Let's take a stroll inside his house. 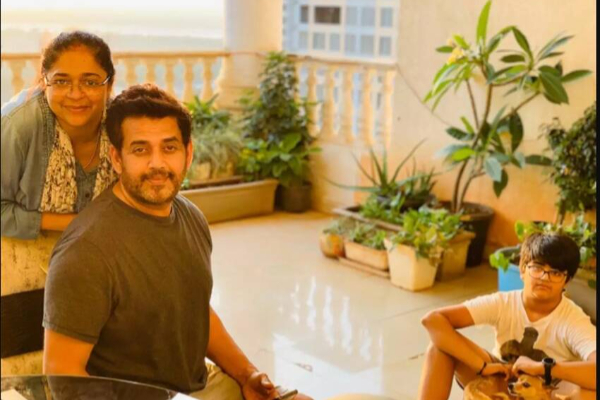 Even if he is from UP, Jaunpur, now he stays in Mumbai, at his posh, deluxe apartment. He has built his house on the 14th floor in Mumbai's Goregaon Garden estate. Ravi constructed the home by combining two duplexes size of 8 thousand square feet. It has a roof at the terrace double the height, a gym, and many more facilities to explore. He has decorated his place very beautifully. He has chosen soothing colours for his house and has mostly kept the decor in a white and off-white tone. He has a separate corner in his home, where he sits on a king-size couch and finishes his pending work. Ravi and his wife invest most of their time in home gardening. They have planted many saplings that give a mini-garden vibe. He has been cultivating chickoo and pepper in his little terrace garden. He had even shared in one of his interviews that he had never thought of starting gardening on the 14th floor's terrace. Look at any corner of his house; you will only find greenery and plant pots. It looks so aesthetic. Ravi Kishan's love for his pets Ravi Kishan spends most of his time gardening but, he also loves to pay attention to his pet animals and birds. He has a rottweiler and a chihuahua, along with three love birds and a parrot named Coco.

Ravi Kishan and his family 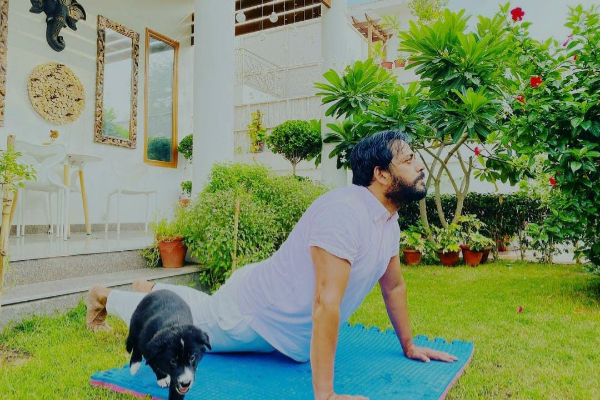 The great Bhojpuri actor cum politician, Ravi Kishan, may come under the headlines, but his wife stays away from the limelight. His wife, Preeti and Ravi have been together for 28 years. They got married in the year 1993. She is a homemaker but for Ravi Kishan, she is the pillar of strength. They have four children, one son and three daughters. Most of the time, Ravi is on a film set or working for his political party, so he usually gets very little time to spend with his family at his house. But if he's not working, he loves spending time with his family. He also loves to spend his time in the gym and chill in his shorts. 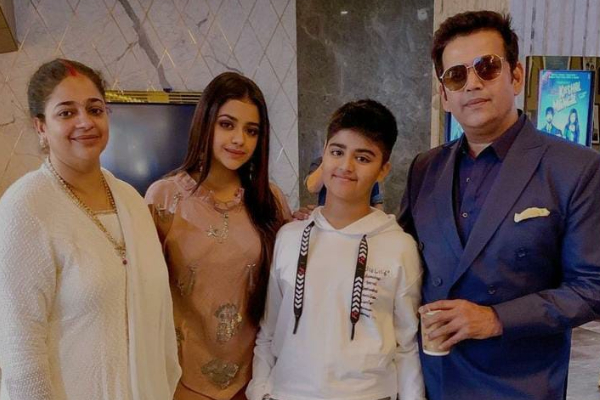 Recommended Read: From Kapil Sharma To Kiku Sharda, Meet Real-Life Partners Of The Cast Of 'The Kapil Sharma Show'

Since lockdown, Ravi has been working from home, and if something keeps him calm and peaceful, then it's his plants, books, pets, and yoga. He has a great bookshelf which is piled up with books. Every corner of his house looks picture-perfect, just rightly decorated, nothing over the top. Even though he works full-fledged as a BJP MP, he still acts in movies, and his last great success was Mukkabaz. His Instagram is filled with his work pictures, professional life photos while giving a sneak peek into his personal lifestyle and lavish house images to his fans. According to 2019's affidavit, Ravi Kishan and his wife possess immovable and property worth a whopping price of Rs 20 crore. And among them, they own movable assets of Rs 2.78 crore and immovable property of the rest Rs 18 crore. Nevertheless, they have a liability of 1.71 crores also. Ravi Kishan is very passionate about expensive, plush and lavish cars. According to the same 2019's election affidavit, he owns vehicles, including Toyota Innova, Mercedes Benz, Jaguar, and BMW. But his assets don't end at the cars. He and his wife also possess heavy jewellery at a hefty price worth Rs 15.57 Lakhs. 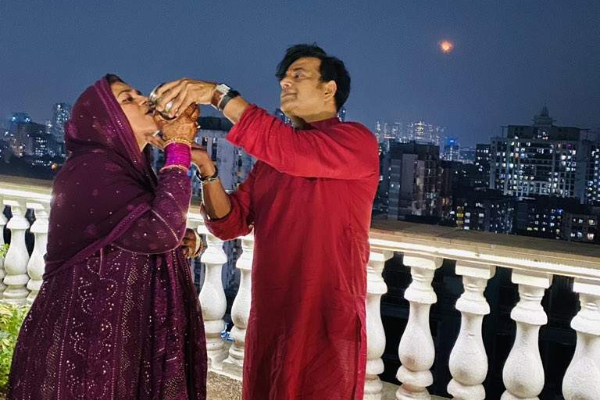 Ravi Kishan's full name is Ravi Kishan Shukla. He may not have studied further than class 12, but his infectious smile, charming personality, and great acting skills have won millions of hearts. He started his political career with Congress and then had shifted to BJP but never lost the charm. He got a different kind of fame after participating in the reality show Bigg Boss Season 1 and had become the second runner up. He is an absolute fashionable star, who loves to maintain his style with high-end outfits and accessories. He not only keeps his looks stylish but also his home speaks a lot about his star status.

From staying with 12 people under the same roof to having 12 bedrooms in his own house, Ravi Kishan has come a long way. And, we love him for that.