Ravi Dubey and Sargun Mehta are two well-known names of the world of Indian television. Be it playing an on-screen couple or participating in a dance reality show, they have done it all with perfection. And, they have a perfect and super-romantic love story as well. This much-in-love couple tied the knot on December 07, 2013, and we thought of revealing their beautiful love story to you. So, here we have for you, the exciting journey of Ravi Dubey and Sargun Mehta from being colleagues to becoming soulmates.

Ravi Dubey Makes Fun Of Wifey, Sargun Mehta As She Attempts To Make 'Bhatura' For The First Time

Married For 5 Yrs And Together For 8 Yrs, Ravi Dubey Talks About Family Planning With Sargun Mehta 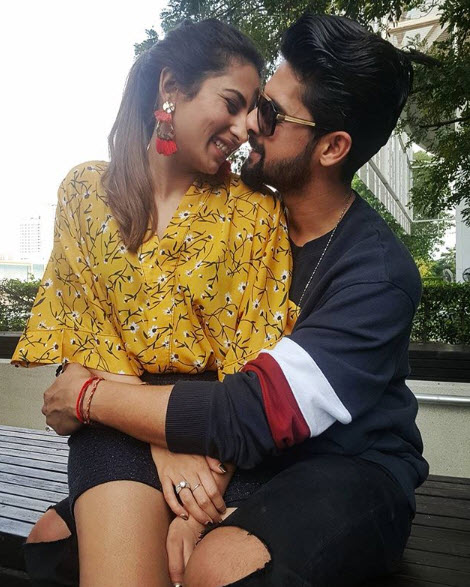 Ravi and Sargun played on-screen husband and wife in a serial, 12/24 Karol Bagh, on Zee TV. Sargun was a part of the show since the beginning and when she was shown the look test of Ravi, who was to play a mentally retarded character, she found him weird. But, her mind was blown away when he came to meet her in person.

She recalls their first meeting and says:

“He was to play this mentally retarded guy; they showed me photographs of the look test, and my reaction was chee. So, I was expecting this really odd looking guy on the sets. We were to shoot the promo; Ravi knocked on my vanity door dressed in this red jacket looking cool and cute. My first reaction was- who is this cute guy? That’s when I realised he was to play my husband.” Ravi's point is a little different about their understanding of each other in the initial times, as he says:

“I found her extremely lively and vibrant but she found me very reserved, something that I am not. Later, of course, we realised we are very similar, which is how we got attracted to each other.” The couple hit it off immediately and before they even knew it, they were dating. Talking about how the two turned into lovers from colleagues, Sargun says:

“Nobody did (say the three magical words)! In fact, we came to Bombay, realised that we had become more than just friends. And then one day we suddenly felt it. He said don’t you think we are like dating. And I said yeah, I guess we are dating – so we just began dating.”

Five months after this conversation, Sargun officially announced that they were dating.

You May Also Like: Love Happens Just Like That: Cute Love Story Of Television Hottie Mohit Malik And Addite Malik When it comes to romance, Ravi is completely naive while Sargun is just like an Austen heroine. This is one complaint that Sargun has always had. According to Sargun, since Ravi can't become a romantic, she has become a non-romantic. She recalls another moment to show that Ravi is caring but not romantic:

“I remember it was my birthday and he came in saying that I will get my gift in two days and how he couldn’t carry it. I was super excited. The next day I got a delivery for a washing machine and a TV. It was truly bizarre.”

Don't Miss: Married For 5 Yrs And Together For 8 Yrs, Ravi Dubey Talks About Family Planning With Sargun Mehta 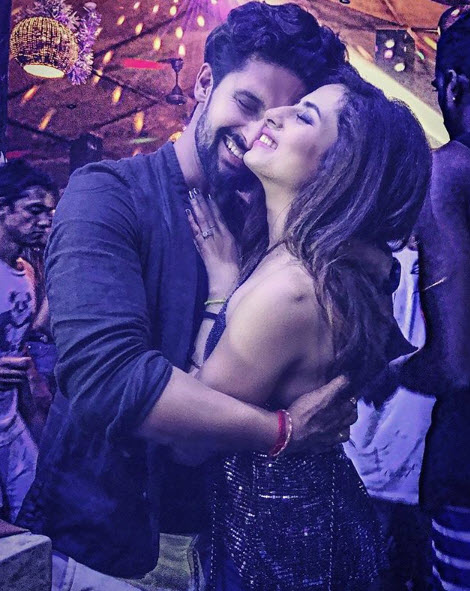 Ravi proposed to Sargun in such an adorable way that she would never call him unromantic again. It happened on the sets of Nach Baliye 5, in which the couple had participated. He went down on one knee and proposed to her with a solitaire, in presence of all their friends and family. Ravi arranged everything on his own just to surprise his baliye.

Talking about his experience while executing his plan, Ravi says:

“I decided all this in a very limited span of time. First I arranged for Sargun's mom to come to Mumbai, who, in turn convinced her dad to also come along. Then I put them in a hotel. Arranging for all this with Sargun being around me 24x7 for the rehearsals wasn't easy as Sargun is extremely sharp. To pull it through was a task in itself.” She said yes, and with the blessings of their parents, the wedding celebrations began. 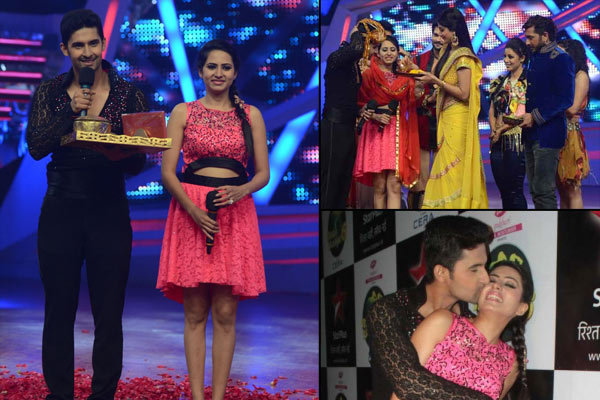 It started with the couple personally inviting the judges and the production team of Nach Baliye with a hatke wedding card. It had small boxes of chocolates and sweets with a tissue holder carrying the invite. 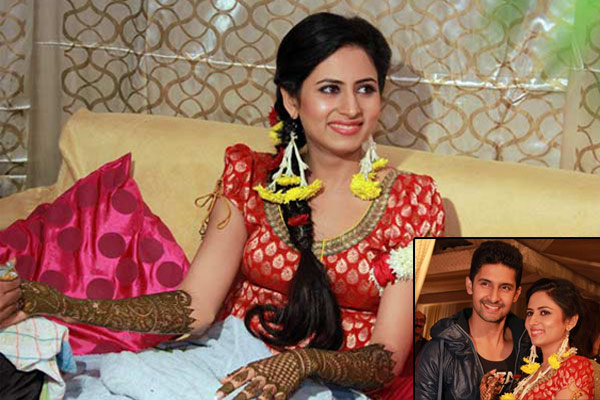 Ravi and Sargun had mehendi functions on different days. While Ravi's mehendi was in Delhi on December 4, 2013, Sargun's was in Chandigarh on December 5, 2013. To everyone's surprise, Ravi drove to Sargun's place on December 5, just to catch that look of happiness on her face. He did all this just to spend some time with her. On December 6, they had the engagement and cocktail and finally tied the knot on December 7. The wedding celebrations were very traditional and the couple chose only ethnic dresses for all the functions. Even the gowns that Sargun wore on various functions had an ethnic touch to them. They had a big fat Indian wedding and when asked what was the most special moment, Ravi gave a very beautiful answer saying:

“The most beautiful moment was when I was on the podium for the jai mala and I saw Sargun being carried on a doli. There were these golden lights around her and she looked beautiful. It was a very surreal moment, one that I can never forget.” The couple looked ecstatic and expressed their joy as they said:

Ravi: It feels great to be married. I am in a very happy space. Sargun completes me. We are overwhelmed with the wishes of our friends and colleagues.

Sargun: It is a fantastic feeling to be among all our family members and friends from the industry. We will cherish the moments forever.

They had a lavish reception, which was attended by a lot of big names from the Indian television world. 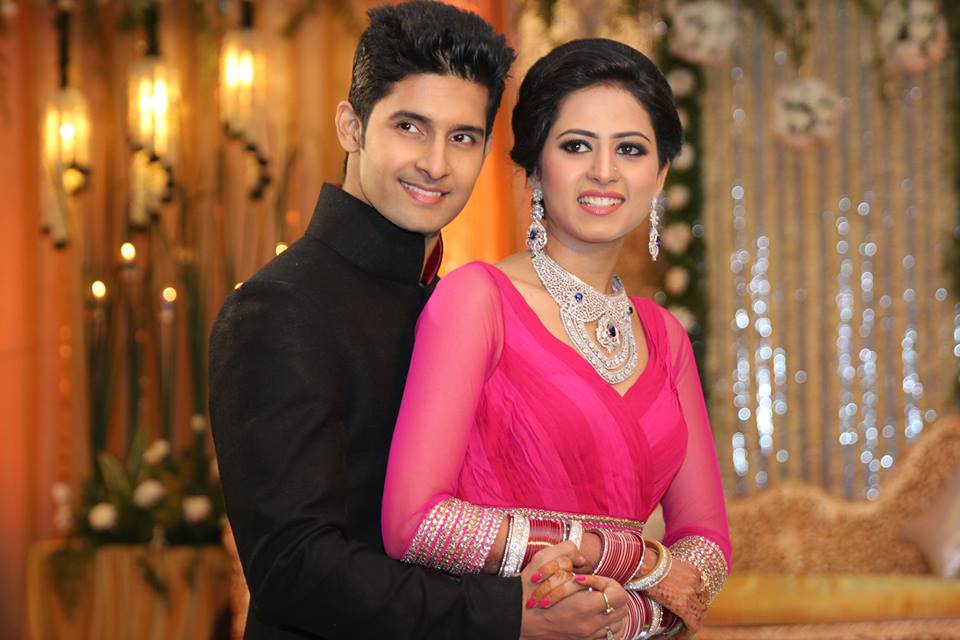 The couple has been doing great so far as they are each other's friends first and do not hesitate in giving each other some personal space. Talking about such an understanding between each other, Sargun expressed:

“We are still more like friends in all the stages of our relationship. We do not take too much space in each other’s life. We like giving each other space, if we want to go out alone respectively, we go. We can talk about a hot girl/guy without having to think twice. So it’s more like friends. So, I don’t think I prefer him as anything, I just prefer him in my life.” Ravi is undoubtedly a caring husband as he is always there to share the household chores. And, Sargun is equally understanding, as she gifted Ravi a bike on his birthday because he did not have any since Sargun is afraid of bikes. This young couple celebrated their first wedding anniversary in Goa with a few close friends. Ravi gifted his lady love a set of diamond earrings and Sargun picked up a jacket, shirt, trousers and a bag for him. They support each other through thick and thin and have utter trust in each other. When Ravi was asked if he is apprehensive about the fact that his wife is more famous than him, he quickly cleared the wave by saying that he is very proud of her. If you ask Sargun about his husband's on-screen romance, she says:

“We both are actors and we’ve always known that it comes with the territory. So, there was no question of having a problem. More than that, I am extremely non-possessive. In fact, I urge him to romance well on screen. Even when Ravi’s female fans kiss and hug him I don’t react. The fact that these things don’t affect me and that I don’t give a reaction surely bugs Ravi a lot.” The couple has received various offers to work together on-screen again and they would love to consider them, but as of now, there are no concrete plans.

Recommended Read: Steal The Look: Ravi And Sargun's Decoded Fashion Looks For All Your Wedding Functions

Ravi and Sargun make an adorable couple and have a lot of love and respect for each other. They complement each other in the true sense. We hope that they sail strong forever.

Ravi Dubey Makes Fun Of Wifey, Sargun Mehta As She Attempts To Make 'Bhatura' For The First Time

Married For 5 Yrs And Together For 8 Yrs, Ravi Dubey Talks About Family Planning With Sargun Mehta