Raveena Tandon has shared a beautiful collage with her husband, Anil Thadani on Instagram to celebrate their 16 years of happy married life. Take a look!

One of the most popular and the sensational actresses of the 90s, Raveena Tandon, had broken millions of hearts when she had walked down the aisle and had gotten married on February 22, 2004. The lucky guy was none other than famous film distributor, Anil Thadani. While she just had a bitter break up with Bollywood’s ‘Khiladi Kumar’ Akshay Kumar, Anil, on the other hand, was going through a rough patch in his personal life too. Before tying the knot with Raveena, Anil was earlier married to the daughter of Romu Sippy. These broken hearts met and soon their love chronicle started. (Recommended Read: 'Indian Idol 11' Judge, Neha Kakkar Reveals That Aditya Narayan Is Going To Get Married This Year)

Talking about their wedding, Raveena’s wedding to Anil was grand in every possible way, so much so that she had entered her mandap, sitting in a 100-year old doli that had once carried the Queen of Mewar. Now after all these years, here are Raveena Tandon Thadani and Anil Thadani celebrating their 16th wedding anniversary together! The actress has shared a beautiful collage on her Instagram handle with a sweet little caption with it.

Raveena Tandon Shares A Video Of 'BayBee' Daughter Boxing Like A Pro, Says No One Messes With Her 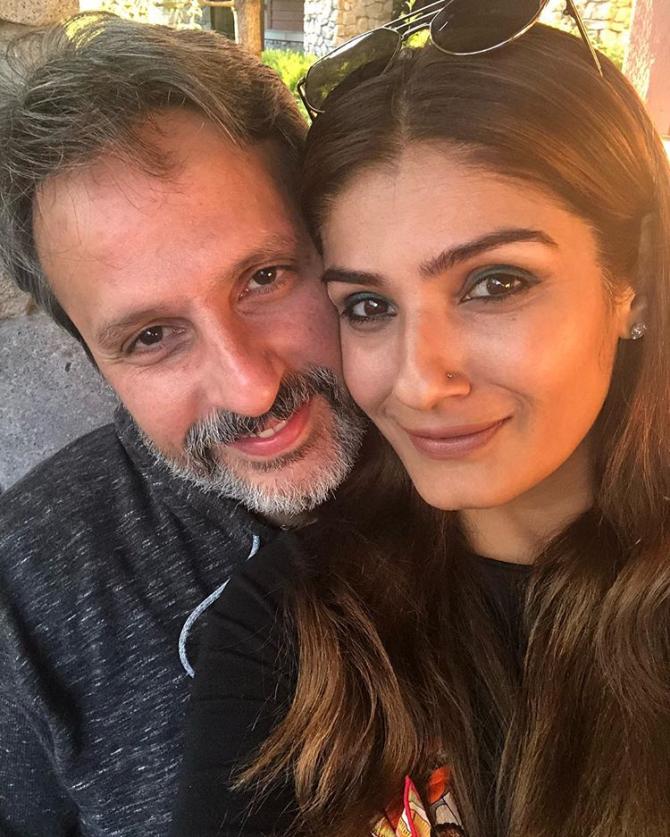 On February 22, 2020, Raveena Tandon took to her Instagram handle and shared a romantic collage to celebrate her 16thh wedding anniversary with her husband, Anil Thadani. In the collage, we can see pictures from their D-day to some of the most memorable pictures from their vacations and dinner dates. The actress wrote a small but adorable caption along with the collage that can be read as “16 years of us and many many more lifetimes together..Thank you all for the love and blessings always.” Take a look. (Don’t Miss: Neeru Bajwa Becomes Mommy For The Second Time, Shares The Name Of Her Twin Daughters With A Post) 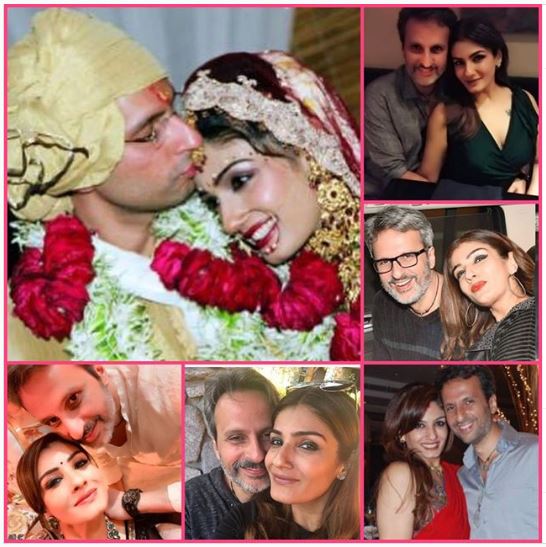 However, in the same interview, when Anil was asked about his equation with Raveena. He had revealed, “She takes good care of my parents. Raveena is a pro at balancing everything at home. She’s never put her marriage on the backburner. I wouldn’t have liked it if she only wanted to work round the clock and not give time to the family and kids. Had she not let go of her star status, maybe we wouldn’t have been married today. Let me put it this way, I’m in a happy zone because she’s like the way she is. Life is good. She wants to be there for the children. She’s affectionate, extremely warm and down-to-earth. What’s truly endearing is how free-spirited and easy-going she is. I’m not like that at all, I’m the sober sort. I’m a good listener; she’s a great talker so it works out fabulously for us.” 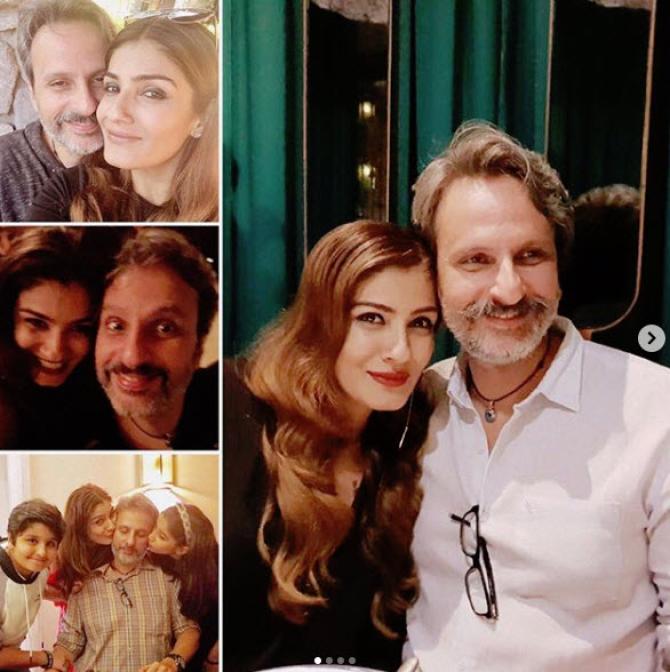 Both Anil Thadani and Raveena Tandon had come into each other’s lives like much-needed support. They both trusted and loved each other in their most terrible moments and is the reason why they’ve come this far and are determined to keep it going on and on. However, Raveena never skips a chance to make Anil smile, one such instance had come on October 3, 2019, as it was Anil’s birthday and the actress had made sure to make it the most special one. As we all know, Raveena has always remained away from discussing her life in media and she doesn’t speak much about her personal life. This time, to wish her Prince Charming, Raveena shared a couple of mushy pictures with him on her official social media account. Take a look. (Also Read: Dipika Kakar And Shoaib Ibrahim Get A Surprise On Their Second Anniversary, Cut A Heart-Shaped Cake) 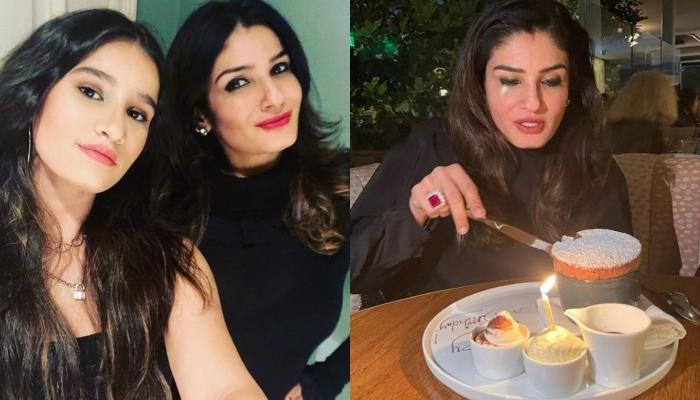 In the 90s, Raveena Tandon had swooned our hearts with her stunning screen presence and sizzling dance numbers. A mere mention of the song, Tip Tip Barsa Paani from the film, Mohra takes us to the gorgeous yellow chiffon saree-clad Raveena dancing her heart out with the handsome Akshay Kumar. Her beauty and sensuality had