'Bigg Boss OTT' contestant and actor, Raqesh Bapat shared with his co-contestant, Shamita Shetty that he was on the verge of breaking after divorce from his ex-wife, Ridhi Dogra.

One of the most adorable couples of Tinseltown, Ridhi Dogra and Raqesh Bapat, had set some major couple goals for everyone. While the duo used to leave their fans gushing over their camaraderie, no one had thought in the deadliest of their dreams that the duo would part ways. However, in 2019, after seven years of marital bliss, Ridhi and Raqesh had issued a joint statement on Instagram, announcing their divorce.

The official statement could be read as “Yes, we are living separately. This decision has been taken with mutual respect and care for each other and our families. We are two best friends who may not be a couple anymore. But our friendship will continue as it always has, through thick and thin. Appreciate if no further speculation is made and heartfelt gratitude to everyone for all the love you have always given us.” The news of Ridhi Dogra and Raqesh Bapat had upset everyone, and now the actor opened up about his state of mind after his divorce. 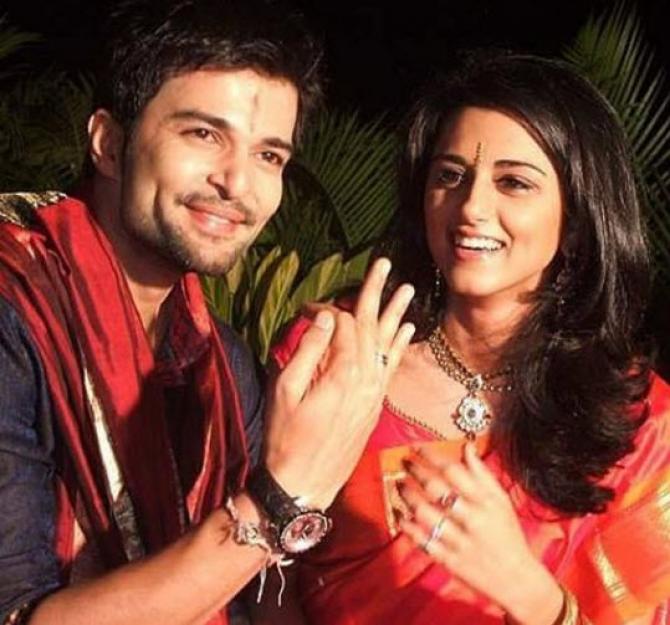 Currently, Raqesh Bapat is a contestant of Bigg Boss OTT, and his connection inside the house is actress, Shamita Shetty. In a recent episode, the actor was seen talking about the ups and downs of his childhood and adulthood. He also opened up about the impact that his divorce from ex-wife, Ridhi Dogra, had on him and how he had dealt with his father's death. 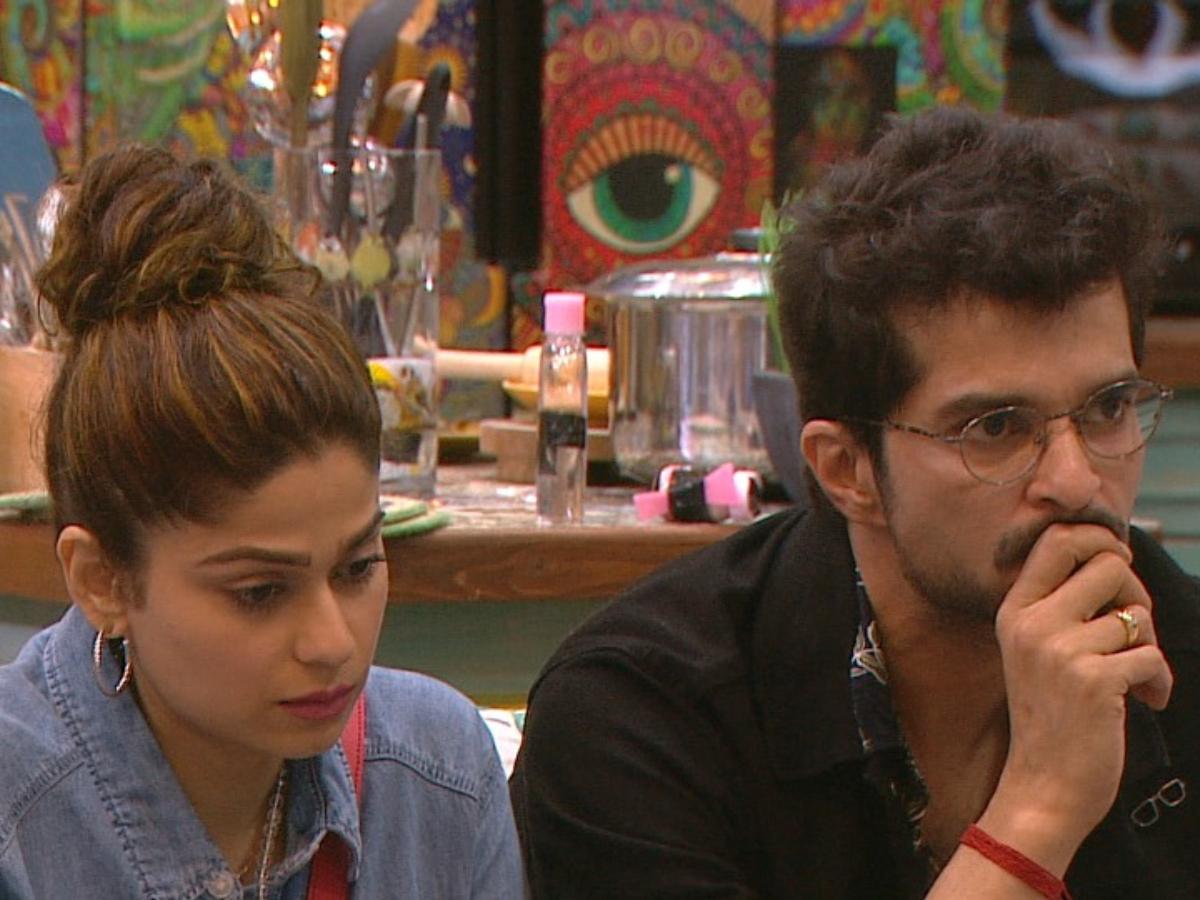 Raqesh Bapat shared with Shamita Shetty that he has anxiety issues and that he has gone without sleep 'for two weeks at a stretch'. He further explained how his mother and sister were worried about him as he was 'on the verge of breaking.' Though there were differences between Shamita and Raqesh in the past, they have mended their ways and buried the hatchet in the garden area. 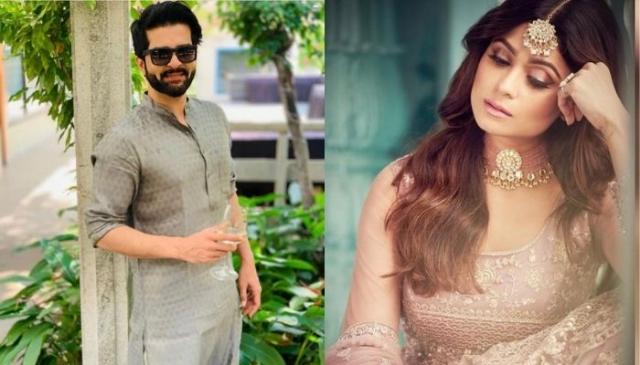 Earlier in an episode of Sunday ka vaar, Karan Johar had called Raqesh Bapat ‘spineless’ for not taking any stand. While Karan had ended the episode, the word ‘spineless’ had stayed inside the house, and during a fight, Raqesh’s co-contestant, Pratik Sehajpal, had used the term, hurting the actor beyond measures. Raqesh had started crying in front of Shamita Shetty and Riddhima Pandit, saying that his father was an Army officer, fighting for the nation. It was then that his ex-wife, Ridhi Dogra, had come out in his support.

As Raqesh Bapat had cried inconsolably, Ridhi Dogra had immediately come out in support of him and had shared that being loud and twisting words is considered entertainment inside the house. She had commented on Raqesh’s post, "By virtue of choosing goodness and humanity one is a winner. Being loud and twisting words and not letting people speak is unfortunately considered entertainment in this world. But there are some of us on the side of humanity. And that's what matters! @raqeshbapat." 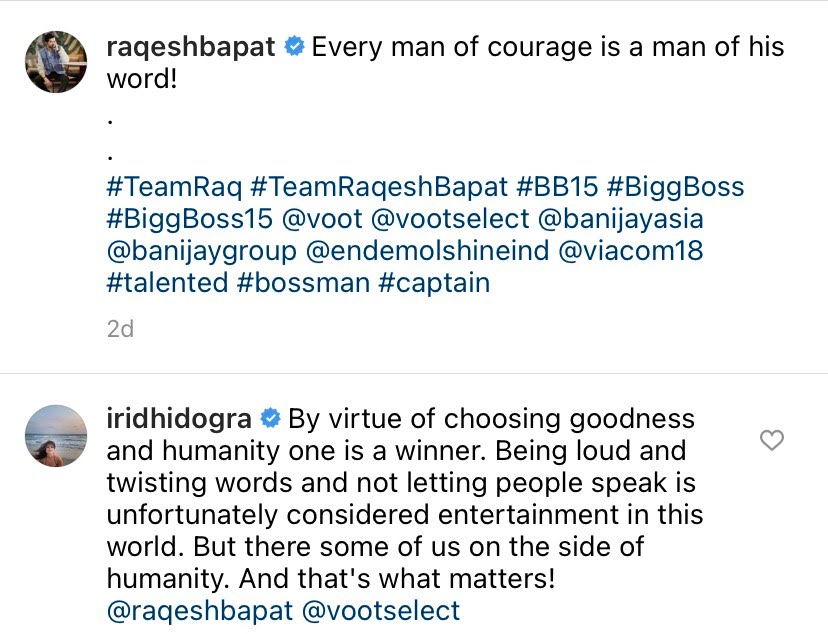 Also Read: Mahhi Vij's Daughter, Tara Dances On The Viral Song, 'Baspan Ka Pyaar' And It Is The Cutest Video

For the unversed, Raqesh and Ridhi had fallen for each other during their stint on the television show, Maryada: Lekin Kab Tak? 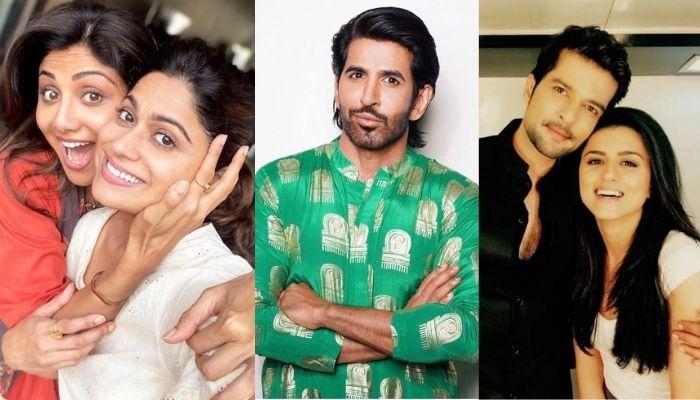 Shamita Shetty and Raqesh Bapat had met on the reality show, Bigg Boss OTT and had gradually fallen in love. The two had started dating officially after the wrap of the show and had announced their relationship on social media. Later, Shamita participated in the Big Boss 15 and found a