A holiday isn’t a holiday, without family and fun! And host and actor, Rannvijay Singha totally understands the importance of family. The handsome hunk of the small screen made sure his family doesn’t leave behind this New Year. The actor is currently vacationing in Dubai with wife, Prianka Singha, and daughter, Kainaat Singha and the pictures are making us go green with envy. (Recommend Read: Karanvir Bohra's Daughters Bella And Vienna Are Urging Fans To Vote For 'Daddy' To Win Bigg Boss 12)

The VJ turned actor, Rannvijay is a complete family man and often shares super-adorable pictures with his girls and they always make us go awww! Here are some really cute pictures from his family diaries: (Also Read: Priyanka Chopra Finds Her Happiness In The Mountains, Shares A Cute Holiday Picture With Nick Jonas)

In an interview with IANS, Rannvijay talked about how he is balancing work and the family. He said, “Being a parent is about perfecting the balancing act. I see my wife doing it all the time. I have more patience. I watch more cartoons. And I can melt like butter on a hot griddle when my daughter throws her arms around me.

Earlier, in an interview with Deccan Chronicle, Rannvijay and Prianka got candid and shared their first meeting. Rannvijay said, “It was a chance meeting. She's from London and her relatives are in India, she had come to visit her cousins.  They happened to come for an after-party at my friend's place and we just clicked instantly. No one played cupid.” And Prianka added, “That’s true. We met at an after party but we hardly spoke. Then the next day again we happened to meet at a party, as we had some common friends. I don’t drink and he wasn’t drinking that night, so we were the only sober people in the room. That’s how we began talking and I realized he’s a funny guy.” (You May Also Like: Deepika Padukone And Ranveer Singh Twin In Black As They Head Out For Their Honeymoon)

Prianka further revealed the first impression of Rannvijay and said, “The first thing that caught my attention was that he was into RnB and Hip-hop, he was actually lip synching to the lyrics. Having grown up in New York, that’s the kind of music I am into. Later I found out he is also into basketball. I wasn’t aware of his celeb status, so when someone asked him for an autograph, I thought they mistook him for a South Indian actor and I began teasing him about it. I think that annoyed him.”

Rannvijay shared how he proposed to the love of his life and stated, “I had proposed to her in London and came back to India.  I was missing her a lot as it was a crucial period for us. After 2-3 days she walks into my house and surprises me.” To which Prianka added, “Surprises are what he is good at. He told me he was coming to London for a shoot. I had just woken up and before I realize it he landed in my room to propose to me. He then took me to a river in London, while on a boat ride he asked me to marry him. He keeps surprising me till date by landing up somewhere to meet me.” (Don't Miss: Anushka Sharma's Reaction On Virat Kohli And Team India's Win, Picture Inside) 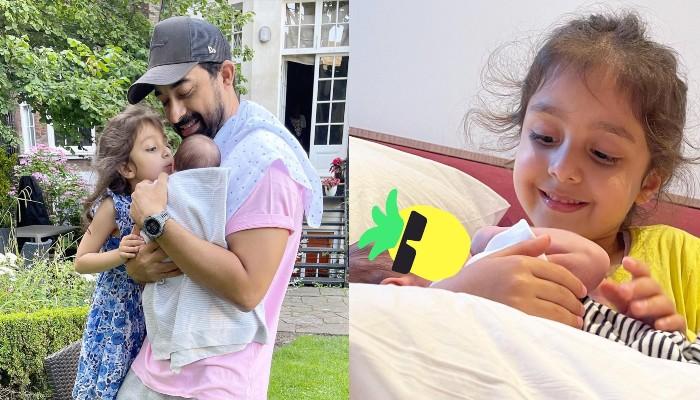 MTV Roadies fame, Rannvijay Singha is riding high not just on the professional front but also on the personal front. On July 12, 2021, Rannvijay had embraced fatherhood for the second time and was blessed with a baby boy. Therefore, this year's Raksha Bandhan was special for his daughter, Kainaat Singha and for