Rannvijay had tied the knot with his longtime girlfriend, Prianka Vohra on April 14, 2014. The two are parents to Kainaat Singha. Checkout the logical answer by him when asked about Kai being papped.

Roadies 1 winner and now a chief MTV host, Rannvijay Singha is known to all for his simplicity, warmth, his respectful thoughts for women and much more. The handsome hunk shattered many hearts when he had walked down the aisle. Rannvijay Singha had tied the knot with his longtime girlfriend, Prianka Vohra on April 14, 2014, in Mombasa, Kenya. (Also Read: Is 'Surveen Guggal' Fame Shivin Narang Dating A Model? She Calls Him 'My Boy' In B'Day Wish For Him)

Few years down the lane, the lovebirds had entered the parents’ club as they had welcomed their baby girl on January 16, 2017. Ever since, their lives have been revolving around her and they can’t get enough of her. More so, ever since her pictures and videos with the internet sensation, Taimur Ali Khan have gone viral on social media, she has become another favourite of the Bollywood paps.

Taimur Doesn't Want To Enter His Playschool, Mom Kareena Tries Hard To Do So [Check Video] 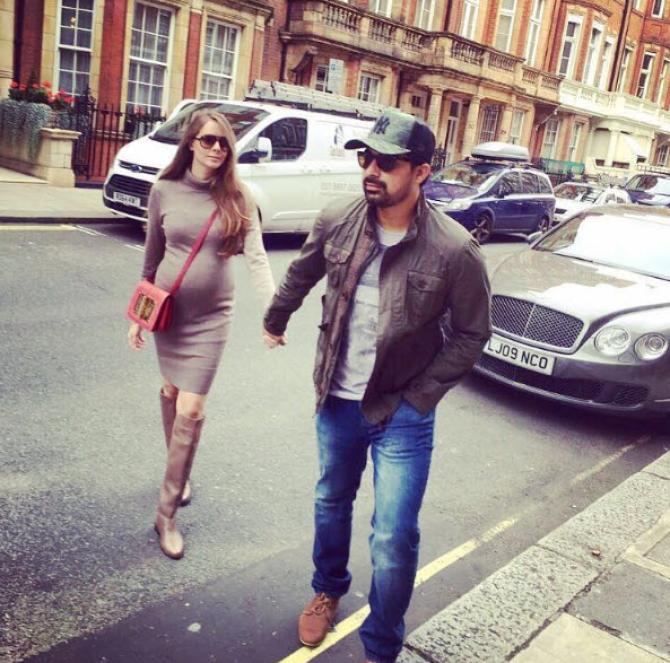 In a recent interview, Rannvijay was asked about constant attention on Kainaat and she being papped by the paparazzis. To this, the actor replied, “Getting papped is not a problem for me at all. She gets clicked and her photos gets liked online and get picked by editorials, which I think is fine. She has everything she wants, we (he and wife Prianka Singha) are trying our best to give her a healthy life.” He further added, “There are other real problems in life that needs our attention than cameras following us. If it was like while getting clicked, she is manhandled, then there is a problem.” (Also Check: Sushant Singh Rajput Finally Reveals The Truth About Dating Rumoured Ladylove, Rhea Chakraborty) 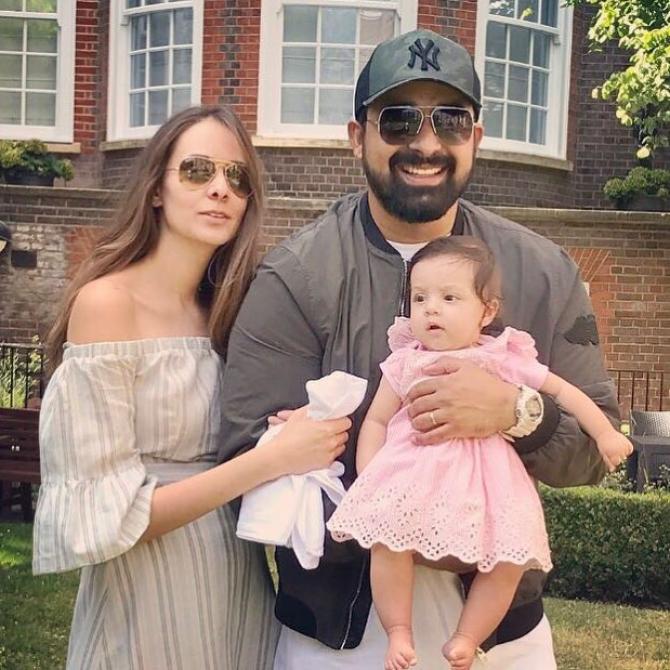 Rannvijay also added that there is no problem in a star kid getting papped because otherwise also the celebs are sharing the pictures on social media. The Roadies fame was quoted as saying, “If a day comes when photographers would stop following celebs or their kids, then a lot of [celebrities] will get upset. The reason we are followed is that there are so many people who love and care for us, and look up to us. That’s something we all should be grateful about and not complain.” Earlier in an interview with the IANS, Rannvijay had told them on an email chat that it is difficult to keep their kids away from the media. The actor had told them, "So much has changed over the years, there is more and more media everywhere you go, but we try to maintain a balanced life for Kainaat. We are grateful to our friends in the media fraternity who have been kind enough to understand and maintain our personal space.” (Don't Miss: Vipul Roy, Yuvika Chaudhary's Ex, To Tie The Knot With His US-Based Fiancee, Living-In Together Now) 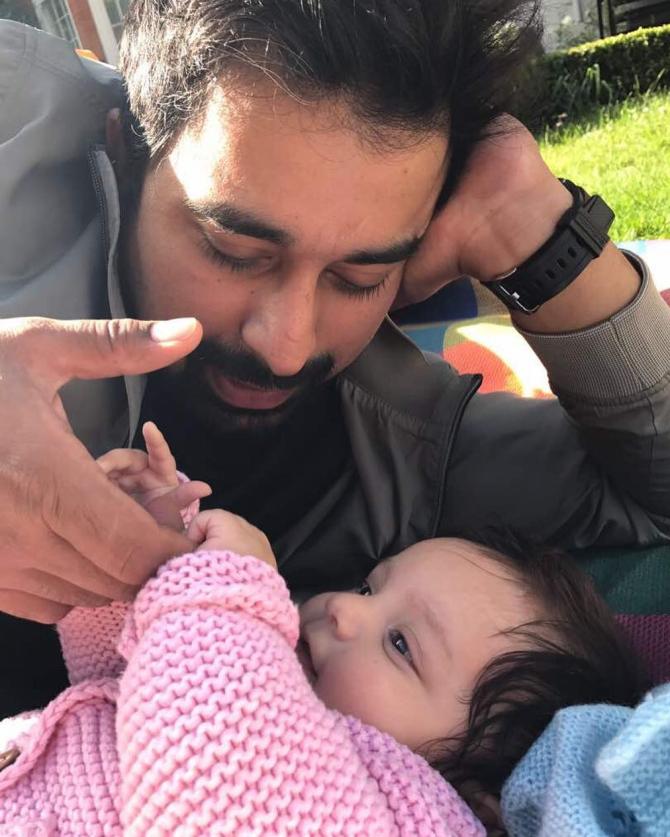 On January 16, 2019, it was Kainaat’s birthday and she had turned a year older. On the occasion, the doting daddy had taken to his official Instagram handle and had shared a heartfelt birthday post for her. Posting the below picture with his little munchkin, Rannvijay had worded his post as, "Meri jaan Kainaat, happy birthday! Seems like yesterday when I held you in my arms for the first time and just like that you are 2.” 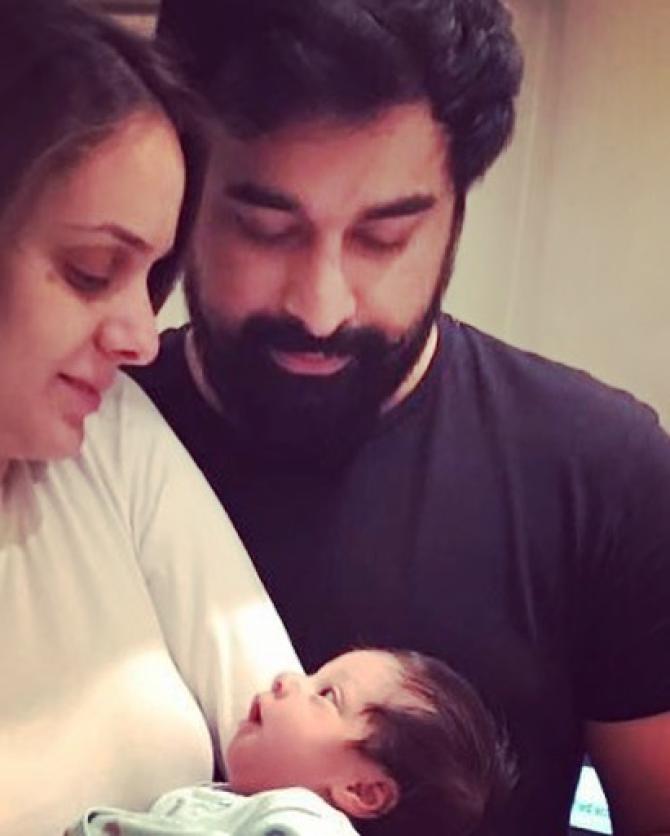 Talking about how fatherhood has changed him as a person, Rannvijay had told in an interaction, “It is almost like a new life, but one that you’re living for someone else. I think fatherhood teaches you a lot of things which you never thought you will be able to experience.” 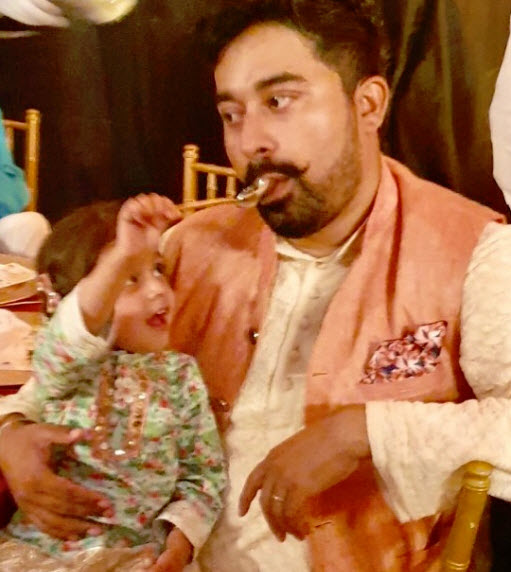 He had further added how little Kai brings out the best in him, “My daughter brings out the best in me and sometimes it actually surprises me to see this new version of myself. My daughter Kainaat has made me more responsible in a way. Every day, after finishing my work, I actually look forward to going home and spending time with her. I try taking up projects that will make her proud of me and also give me more time with her.” (Checkout: Suhana Khan And Shanaya Kapoor Look Cute In This Throwback Pic, Ananya's Comment Has All Our Heart) 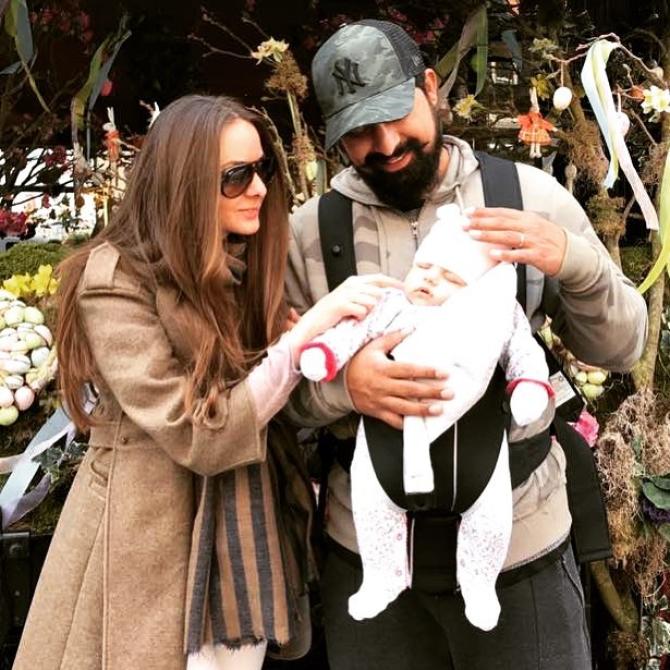 Rannvijay in an earlier interview with a leading media portal had shared how he balances his personal and professional life. He had remarked, “There are times when I am out for shoots for days but then it is a part of my job that I love. I am very fortunate that my family understands this and always supports me. Having said that, at times it does take a toll when I haven’t seen my family for days, especially my daughter. Being a parent is about perfecting the balancing act. I see my wife doing it all the time."

Here’s wishing all the happiness and love in this world to Rannvijay, Prianka and Kainaat!