Isn’t it the world’s most amazing feeling when your crush becomes your lover? The person, whose mere presence made you jittery, the person in front of whom, uttering a single word became difficult, is now going on dinner and lunch dates with you, working with you and cares for you like how! This sums up the feelings of every crush and, crusher-turned-lovers! (Do Read: Deepika Padukone's Bangalore Reception Look Trolled, Compared To Anushka Sharma And Kangana Ranaut)

And which celebrity couple’s name comes to your mind when we ask you to associate the first line of this piece? Undoubtedly, the hottest pair of B-town, Alia Bhatt and Ranbir Kapoor, right? Yes, giving goals to many, this couple grabs headlines and attention wherever they go. Of late, Alia had injured herself on the sets of Brahmastra and was rushed to a nearby clinic in Bandra. And do you know who accompanied the Raazi star? Doting beau, Ranbir Kapoor! Shutterbugs clicked Alia and Ranbir coming out of the clinic, where they avoided the paparazzi and sped off. Here’s a video of the same:

If you just said ‘awww’, wait for a moment for we have something more adorable for you. Not just accompanying her to the clinic, Ranbir, yesterday (November 21, 2018), was spotted outside Alia Bhatt’s residence. The Sanju star had come to pay a visit to his ailing girlfriend, Alia Bhatt! Now you have the full permission to say ‘awww’!

And not just Ranbir, Alia’s gestures for Ranbir and his family too, are pure goals! At Ranbir Kapoor’s grandmother, Krishna Raj Kapoor’s funeral, the former wasn’t able to attend the ceremony as he was away at the US, due to his father Rishi Kapoor’s ongoing treatment. A video clipping that went viral showed Alia trying hard to make it virtually possible for boyfriend Ranbir to attend his dadi’s last rites. In the video, you will also spot Alia looking irritated as she was apparently losing Ranbir due to poor connection. (Must Read: Sania Mirza Shares A New Photo Of Baby Izhaan Wrapped In His Customized Woollen Blanket) 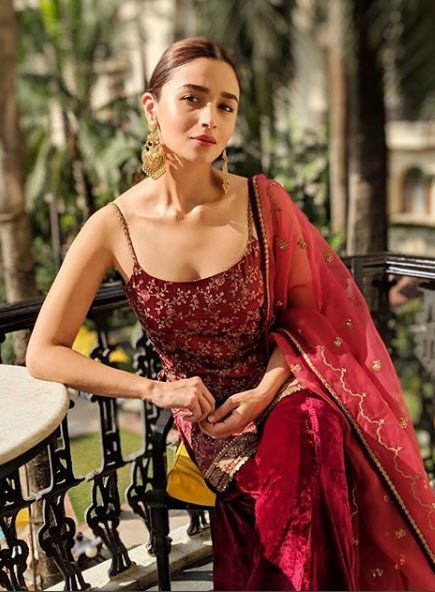 During Ranbir Kapoor’s birthday on September 25, 2018, his mommy, Neetu Kapoor took to Instagram to post a heartfelt birthday wish for her son. What was notable in the picture was two lovebirds and two future-in-laws together in one frame. An insider told online portal BollywoodLife that the mommies were discussing about Alia and Ranbir’s marriage over dinner! Yes, a source revealed to the same portal, “Alia is in a great phase of her life right now. She is in love and they both are sure of each other. Marriage is certainly on the cards but it won't happen before 2020." Isn’t that amazing? Ranbir’s father, Rishi Kapoor is a super-chilled daddy. When asked about Ranbir’s marriage plans and his relationship with Alia Bhatt, the Mulk star shared in an interview with Mumbai Mirror, sometime back, “It’s Ranbir’s life. Who he wants to get married to is his prerogative. Neetu likes her, I like her, Ranbir likes her. Get it? I can’t be judgmental. After all, my uncles Shammiji and Shashiji and I chose our life partners. Ranbir is entitled to choose his.” (Checkout! Karanvir Bohra's Kids Bella-Vienna Don't Like To See Their Dad Crying Inside BB House, Teejay Shares) Alia’s father, Mahesh Bhatt too, was all praises for his probable son-in-law in a recent interview. He had shared, “He astounded me in Sanju. After Amitabh Bachchan’s Deewar (1975), this is the first time I’ve seen an actor take charge of a character, which is iconic like Sanjay Dutt. Ranbir is barely 34 or 35 and though he comes from the great lineage of the Kapoor family, he has a unique charm and talent that’s his own. He is an original, just like Alia is an original”. In an interview with Hindustan Times, Alia’s mommy, Soni Razdan opened up about Ranbir Kapoor and his family. She shared, “Rishi ji is very outspoken, he never minces words. We all know each other, I have worked with him. I know Neetu and Ranbir. What’s the big thing? But Ranbir is a lovely, lovely boy.” And on account of her probable damaad’s birthday, Soni ji shared another picture from their get-together and captioned it as, “Happy Birthday Rockstar! In that vein wish you rocking year and a fabulous day.”