Alia Bhatt is busy promoting her upcoming film, 'Gangubai Kathiawadi'. Check out as her boyfriend, Ranbir Kapoor, complains about her being in character at her home as well!

Bollywood actress, Alia Bhatt, is riding high in her career and winning our hearts. She has time and again proved her acting prowess in the Bollywood industry with her spectacular performances in her films. Currently, she is promoting her upcoming movie, Gangubai Kathiawadi, directed by Sanjay Leela Bhansali. Alia plays the role of a vulnerable girl, who turns into a brothel owner and matriarch in the film.

Apart from her acting, Alia Bhatt has been hitting the headlines currently for her relationship with the handsome Bollywood actor, Ranbir Kapoor. It was Alia who had confessed her crush on Ranbir, for the first time, on the famous talk show, Koffee With Karan. And the shooting of their film, Brahmastra, had played the role of a Cupid between them, bringing them closer. Since then, we have been in love with the couple's mushy PDAs and cute romantic banter during public appearances.

Recommended Read: Dhanush Shares The First Post With Son, Yathra, After His Divorce Announcement With Aishwaryaa 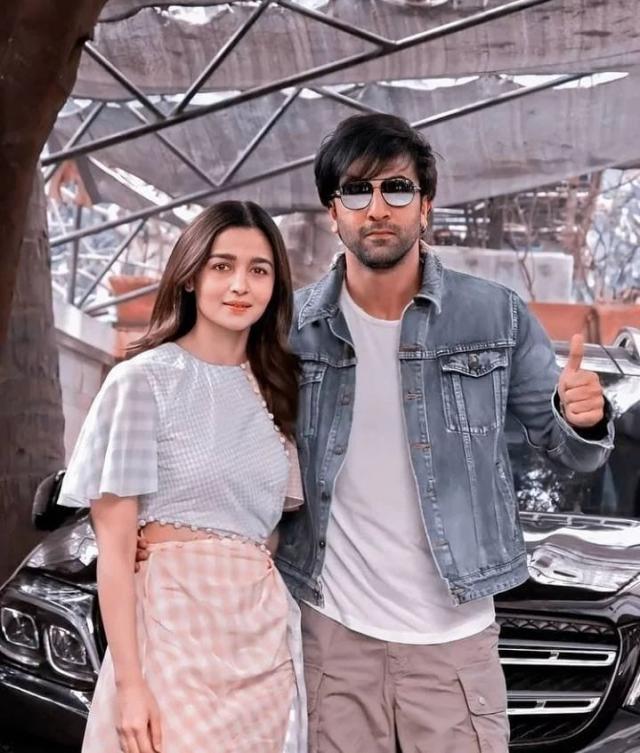 Recently, Sanjay Leela Bhansali and Alia Bhatt attended the screening of their film, Gangubai Kathiawadi, at the Berlin International Film Festival, and after the screening, they interacted with the media. During the press conference, Sanjay revealed how Alia had got so much in her character, that her boyfriend, Ranbir Kapoor, had started complaining. He shared:

"I think she's become more Gangubai than Alia in real life. Her boyfriend complains about her speak like Gangubai at home. It's just completely becoming one with the character."

To which, Alia burst out laughing, and her reaction spoke volumes about the truth in that fact. However, when she was asked to say a few words, the actress greeted the audience in her 'Gangubai' style. She said:

Also Read: Madhuri Dixit Recalls How An Unknown Man Had Entered Her Home Pretending To Be An Electrician In an interview with The Indian Express, Alia Bhatt was asked how she comes across as a candid person while speaking about her personal life, especially about her relationship with Ranbir Kapoor. To which, the actress said that there is nothing to hide and added:

"There is nothing to hide. There is a time in your life when you feel you shouldn’t speak about it — you’re too protective of it, or you are not sure, or you don’t want to talk about personal things in life. It is not like I am plastering my relationship on every wall in the city or the country, but there’s also nothing to hide. I am not going to lie that I am not in a relationship. In terms of my age also, I have gone past the point where I would hide it." 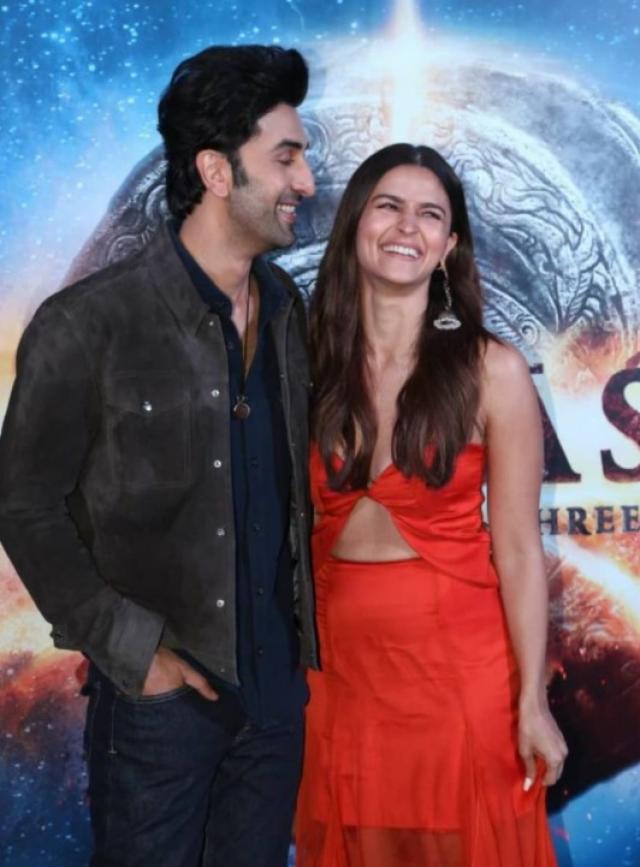 Further in the conversation, Alia Bhatt also spilt the beans on what makes her feel comfortable in her relationship with Ranbir Kapoor and shared that she is deeply in love with him. In her words:

"Of course, I am in a relationship and I am very happy and deeply in love with Ranbir and I believe in the relationship. In the moment I am a very ‘dil wala’ (hearty) person. I am a little bit of a romantic in that sense, ‘pyar kiya toh darna kya’ types. He is somebody I deeply love and look up to and feel very comfortable with. That’s the point of us dating for so many years. I am too comfortable to not talk about it." Alia Bhatt is a proud girlfriend and never misses a chance to shower love on her beau, Ranbir Kapoor. On February 5, 2022, Alia had taken to her Instagram stories and had shared a post uploaded by her fan page. A collage of Alia's 'Gangubai' pose from her upcoming movie, and Ranbir perfectly acing his girlfriend's signature pose in the film was seen in the post. Reposting the collage, Alia had written: We can't wait for Alia and Ranbir to announce their wedding!