Ranbir Kapoor And Alia Bhatt's Love Story: From Love At First Sight To Now Being Life-Partners

Ranbir Kapoor And Alia Bhatt's Love Story: From Love At First Sight To Now Being Life-Partners

Bollywood couple, Ranbir Kapoor and Alia Bhatt's love story is no less than magic. Read on to know more as we give you details of their love story!

Bollywood's cutest couple, Alia Bhatt and Ranbir Kapoor have been painting the town red with their adorable PDAs and vacations pictures. The duo has become an integral part of each other's lives and families. From attending one another's family dinners to being a pillar of strength in times of need, they have been proving that they are the cutest couple of our times. Fans and their families are eagerly waiting for the couple to tie the knot.

It is said that we have made a love contract with our significant others, even before we had landed in the earthly plane and they are called our soulmates. We all have one and we always meet them once in our lifetime. We are sure Ranbir Kapoor and Alia Bhatt are each other's forever partners. From going on secret vacations to attending family get-togethers, Alia and Ranbir love spending time with each other. Let's take a look at their love story!

Recommend Read: Bhagyashree's Love Story With Himalaya Dasani: Ran Away From 'Royal Palace' To Get Married 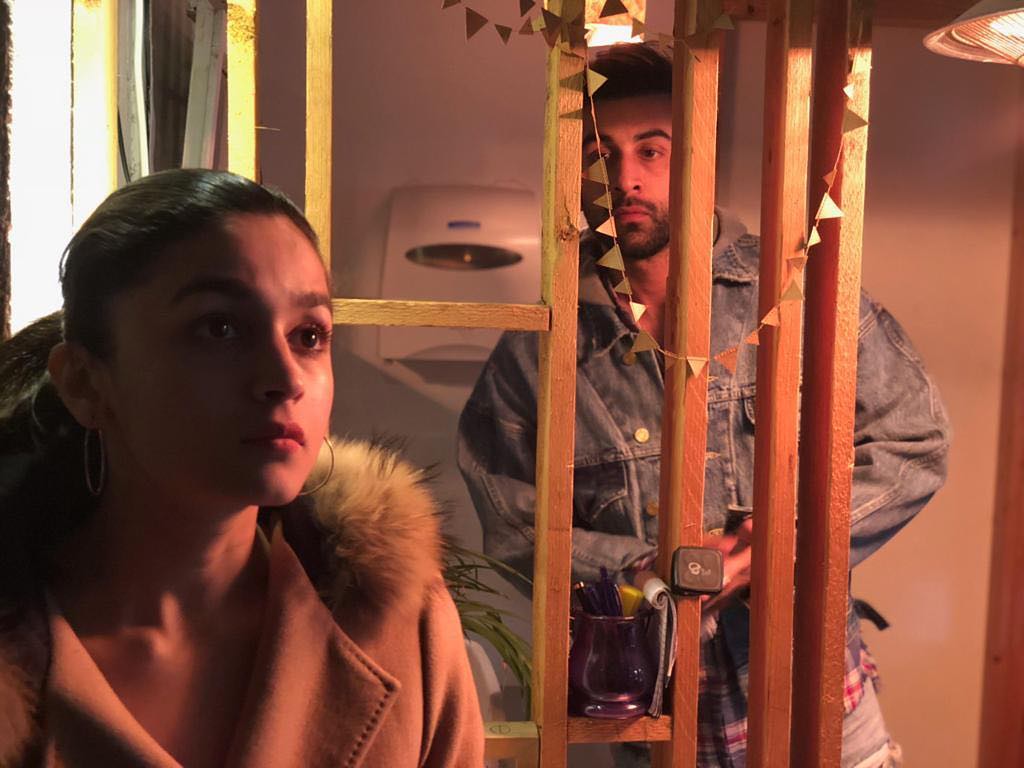 Alia Bhatt has never shied away from accepting that she has always been in love with Ranbir. However, not many know that Alia had a crush on Ranbir ever since she was nine years old. It had all started when she had auditioned for the 2005 film, Black, and Ranbir was working as an assistant director with Sanjay Leela Bhansali. Alia Bhatt had first met Ranbir Kapoor officially during the prep of a film, which never got made. Alia was shooting for the film, Balika Vadhu, when she had met Ranbir and had felt extremely shy. In an interview with Bollywood Bubble, Alia had recalled the first meeting. She had shared:

"Sanjay Sir wanted to make another film with me, Balika Vadhu. So we did the prep for that I did a photoshoot. Ranbir was there he was Sanjay Leela Bhansali’s assistant. I have a picture of my head on Ranbir’s shoulder. I don’t know how that happened at that age, whatever it is I remember feeling very shy. Anyway, that did not work up for some reason. I think because Sir decide against making that movie." It was in 2017 when Alia Bhatt and Ranbir Kapoor had started the shooting for the film, Brahmastra, directed by Ayan Mukerji. It is said that the Cupid had struck the duo in Bulgaria in the midst of snow-capped mountains. Alia and Ranbir had found comfort in each other and they had built a life-long connection. This was the time when the news of the duo's proximity was rife in the media. 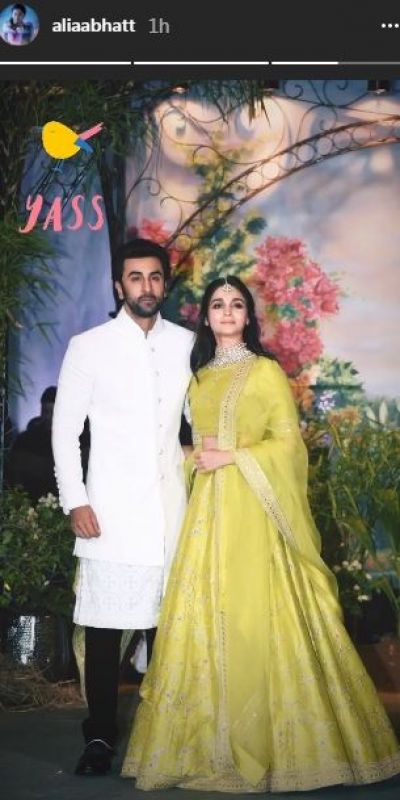 Ranbir and Alia had made their first public appearance in May 2018 at the wedding reception of Sonam Kapoor and Anand Ahuja. The duo had cutely entered as a couple and had posed for the paparazzi. Alia was looking gorgeous in a green-hued Sabyasachi Mukherjee lehenga. On the other hand, Ranbir had looked dapper in a cream-coloured sherwani. After a starry appearance, the entire nation was speculating whether Ranbir and Alia are dating, and the former had confirmed the news in his own RK style. In an interview with the GQ magazine, Ranbir Kapoor, without blinking an eye had confirmed it. The actor had shared that it is new and he wants to give it space to breathe. The actor had said:

"It’s really new right now, and I don’t want to over speak. It needs time to breathe and it needs space. As an actor, as a person, Alia is – what’s the right word? – flowing right now. When I see her work, when I see her act, even in life, what she gives is something that I’m aspiring to for myself. It’s new for us, so let it cook a bit." 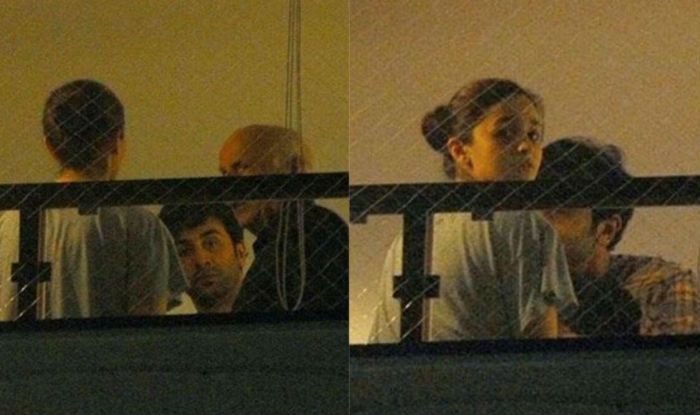 After Ranbir and Alia had made an official confirmation about their relationship, it was the latter's father who had happily given his approval. In an interview with the Telegraph, Mahesh Bhatt had talked about Alia and Ranbir's growing love. He had shared that he loves Ranbir and he is a great guy. He had said:

"Well, of course they’re in love. You don’t need to be a genius to get that! I love Ranbir… he’s a great guy. What they do to their relationship is something they’ll have to figure out. Whether it’s heading towards that port called ‘marriage’ — which is an institution that needs to be questioned in the second decade of the 21st century — is something for them to figure out." While the Bhatts had approved Ranbir-Alia's growing love, it was the Kapoor's turn. It was believed that Neetu Kapoor had never gelled with Ranbir's past girlfriends. However, this time Neetu Kapoor had felt an instant connection with Alia Bhatt. Now, we often see them together on dinner dates and family celebrations. On April 30, 2020, Rishi Kapoor had taken his last breath after battling with cancer. However, it was Alia Bhatt, who had stood like a pillar of strength for the entire family. She had attended Rishi Kapoor's antim yatra. During the last rites of Rishi Kapoor, a picture of Alia had left the nation heartbroken. In the photo, she was seen crying inconsolably as she was video calling the actor's daughter, Riddhima Kapoor, who wasn't able to attend Rishi Kapoor's funeral due to the lockdown in the entire nation. In the picture, Alia Bhatt was also seen consoling Neetu Kapoor, who was not able to control her tears.

Alia Bhatt and Ranbir Kapoor's dream home is in the making

Alia Bhatt and Ranbir Kapoor's dream home is in the making. It is reported that the house will be named after Ranbir's grandmother, Krishna Raj. The gorgeous actress is often papped with her beau, Ranbir Kapoor and her future mom-in-law, Neetu Kapoor inspecting the bungalow in the making. It is also reported that a room is specially dedicated to the prized possession of Rishi Kapoor and his memories.

Well, Ranbir Kapoor and Alia Bhatt's love story is an inspiration for all the couples. And now, their fans are eagerly waiting for the couple to get married!

Next Read: From Mistaken Identity To Huge Age Gap, Beautiful Love Story Of Shaan And His Wife Radhika