The season that brings incredible outfits, stunning jewellery, and adorable dance performances is almost here. Every year we wait for celebrity weddings just to have a glimpse of their designer outfits and lavish arrangements. Right now, the whole focus is on the wedding ceremonies of Ranbir Kapoor and Kareena Kapoor Khan's cousin, Armaan Jain with his lady love, Anissa Malhotra. (Recommended Read: Shilpa Shetty Kundra's Birkin Bag Is Equivalent To A Europe Trip Or A Mid-Range Creta)

Armaan Jain, son of Rima Jain and Manoj Jain, had made his Bollywood debut in 2014 with the film, Lekar Hum Deewana Dil and had also worked as an assistant director in the films, Student of the Year and Ek Main Aur Ekk Tu. However, he was not able to make an impression, unlike his other star cousins from the Kapoor family. But, Armaan’s personal life is something that always finds someplace in the headlines and that’s exactly the reason why we are here. According to SpotboyE, Armaan’s sangeet is going to be a lavish affair in which we are going to see a lot of celebrities. But, the cracking news is that Ranbir Kapoor and Aadar Jain will be performing with their respective lady loves, Alia Bhatt and Tara Sutaria for their beloved Armaan and his fiancee, Anissa. Along with these revelations, the source close to the family has also added that Ranbir and Alia are going to perform on a romantic song for the couple. The source said, “Ranbir, Alia, Tara and Adar will be dedicating a performance to the bride and the groom.” (Don't Miss: Raghu Ram Posts A Photo With Natalie DiLuccio From Their First Date Night After Embracing Parenthood) 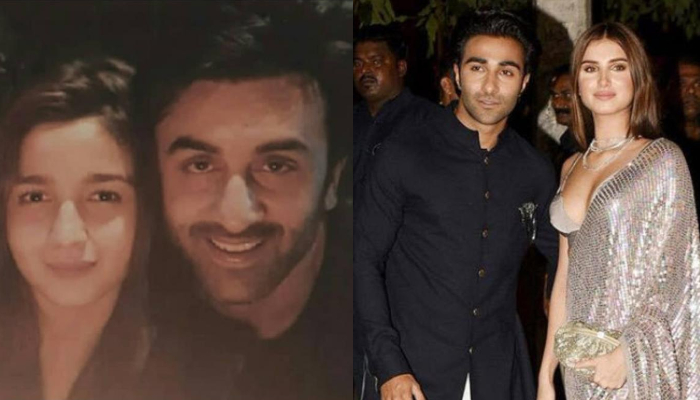 Nonetheless, Armaan Jain is riding high in personal life these days. Armaan has been dating girlfriend, Anissa Malhotra (who happens to be a lifestyle blogger and stylist by profession) for a long time and finally, on July 30, 2019, he had popped the question to her. And as expected, he got a big ‘Yes’ from her! The first pictures from the engagement ceremony were shared by none other than Karisma on her official Instagram handle. Armaan and Anissa appear to be standing in a balcony with an array of roses around them. While he looked dapper in a black jacket and black pants, Anissa, on the other hand, looked gracious in a black floral dress, which she teamed up with a pair of brown wedges. Take a look: 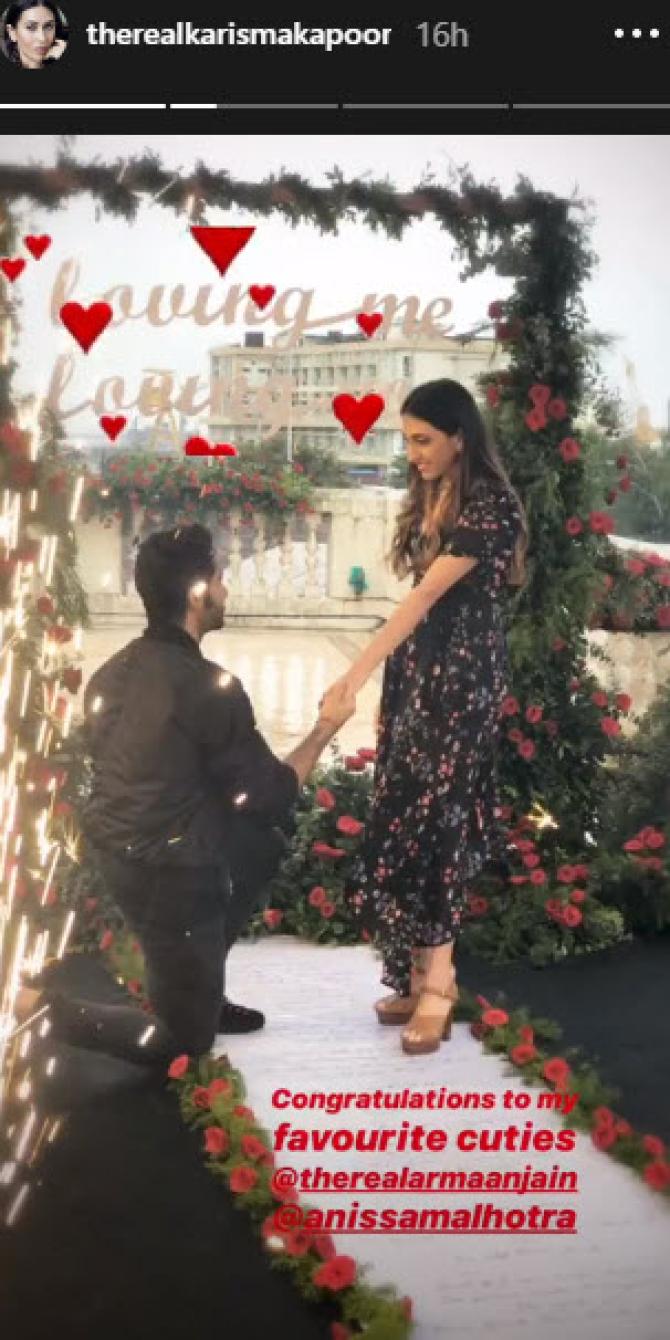 Talking about the couple, Armaan and Anissa are madly-in-love with each other and both of them had stated in an interview with the HELLO! India that the two had never broken up till date. Anissa is the one who had revealed, “From the day we met, we never thought of dating anyone else. There were some small fights, and we used to get pissed at each other, but we have never broken up till date – not even for a day or a week. And that’s very important in a long-term relationship.” In the same interview, when she was asked about her bond with the soon-to-be mother-in-law, Rima Jain, Anissa had remarked, “Armaan’s mom is full of love. I’ve never met anyone who just envelops people with her warmth. During our wedding meetings, she has these crazy one-liners that are insane. It has everyone in splits.” 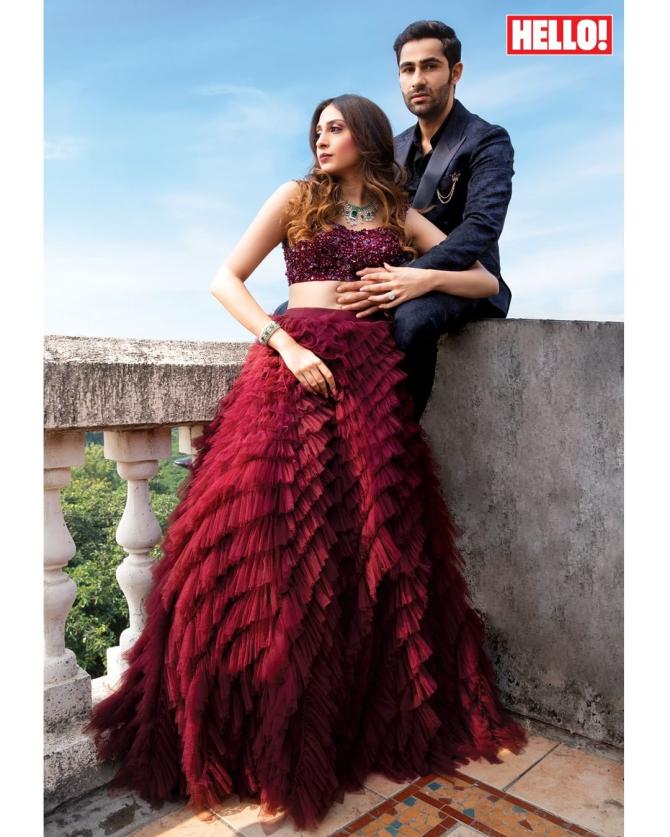 It’s really beautiful to see such a bond in-between Anissa and Armaan’s mother, Rima Jain even before their marriage. No wonder, all the signs are hinting towards a successful married life for Armaan and Anissa. Well, that’s what we have written in our prayer cards too. Shifting the focus towards Alia Bhatt and Ranbir Kapoor, there’s nothing much to talk about them because everyone knows how deeply and crazily they’re in love with each other but don’t want to marry right now. In an interview with the DNA, the Gully Boy actress had talked about her wedding and had said, “I’m too young to think about it. When I feel there’s a need to be in a stronger bond with him, we will come to it. But right now, I’m married to my work and I also have my relationship going well on the side." 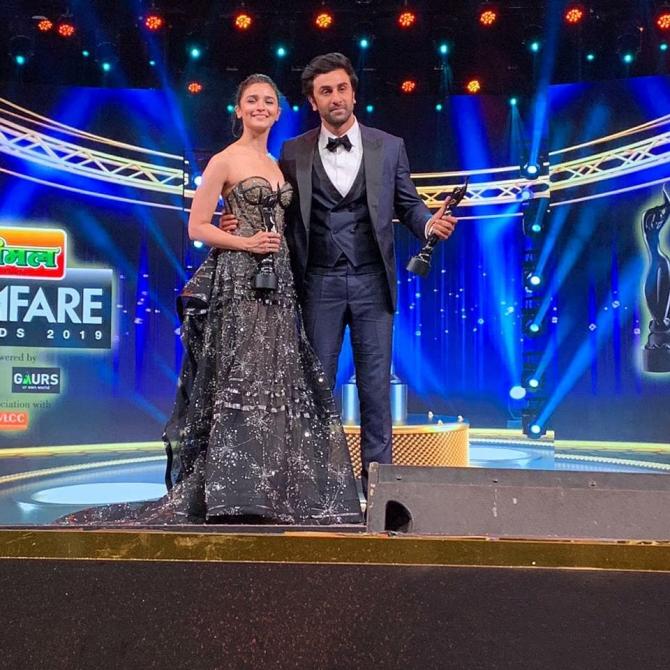 On the other side, there are various reports of Tara Sutaria dating Aadar Jain on the internet. In August 2019, a Deccan Chronicle report had revealed that Tara and Aadar were getting close. A source close to the celebs had stated, "They are happy meeting at parties and spending time with each other rather than go out on quiet dinners which don’t’ turn out so quiet when the paparazzi start snapping." No wonder, Armaan and Anissa’s sangeet is going to bring a lot of interesting visuals for the fans of these four celebrities. (Also Read: Ekta Kapoor Gives Glimpse Of Shobha Kapoor's Special Moments With Laksshya And Ravie On Her Birthday) Are you excited for Armaan and Anissa’s sangeet? Let us know.